I woke up about 9:00 AM, later than everyone else. Sandy and I went with Kim to take the girls to skating lessons at the Galt Arena Gardens, the oldest continuously operating ice hockey arena in the world. 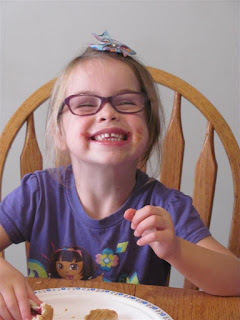 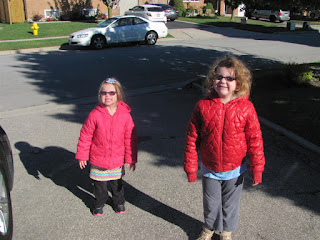 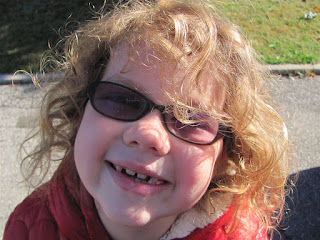 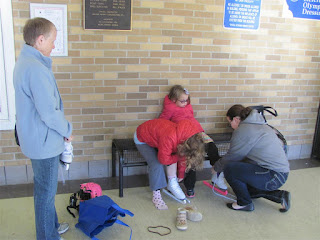 While we watched the girls skate, Kim pointed out that Mike had sold the new lighting in the arena. I wandered around a found a mural for the Cambridge Skating Club featuring Ronnie Shaver from the 1970's. It suddenly hit me that this was where my late brother Doug had come in the summers during the early 70's to train with the same coach Ron had, Neil Carpenter. I suddenly felt a connection to this stately old building. And I didn't document any of it with the camera on my belt because I suck as a photographer.

Back at the house, Kim and Mike were getting ready to leave for a wedding in Fort Erie (right across the river from Buffalo). They were staying at the Clarion, a place we stopped at and enjoyed on the way to SEVROC in 2013.

With parents gone, we settled down to watch the animated Hotel Transylvania on Netflix with the girls. They had already seen it but we were catching up since we would soon be off to see Hotel Transylvania 2 at the theater. I'm not a big fan of animated kid movies (Shrek excepted), but I did enjoy this.

First movie done, we piled into the Mazda and headed for the Cambridge Centre Mall and the Galaxy Cinemas within. We were early so we bought our tickets and then wandered over to Tim Horton's for hot chocolate and "dirt and worms" donuts. That would be donuts covered with chocolate sprinkles and gummy worms. 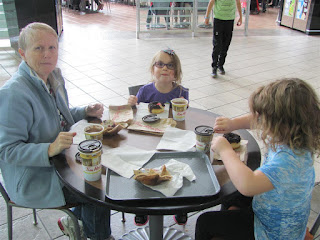 A pre-show snack at Timmy's 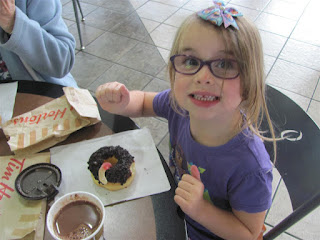 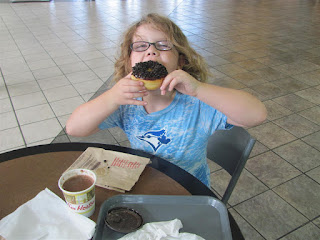 Jolene tearing into her donut

We got back to the theater in time to get some good seats. The girls were extremely well behaved in the show and didn't keep Grandpa awake. Seriously, I saw most of the movie and enjoyed it, although I'm not sure whether that was more enjoying the kids enjoying it. Still, a pleasant experience.

Kim had suggested Tony's Family Diner on Franklin might be a good place for supper. The place was packed but we found a table for four right away. The menu was simple but the food was good (when it finally came). it seems the kitchen has some throughput limitations. The delay was rough on the girls, but we got through it. We also had a lot of food to bring home with us.

It was later when we got home so we watched one episode of Dogs With Jobs and then the girls went to bed. It was my turn to read stories to them tonight, although Robyn actually read me a story instead. Sandy and I didn't stay up much later.
Posted by Jim "Skid" Robinson on 10/10/2015

You have adorable granddaughters.