I haven't seen my brother Rabbi (Dave) in over a year. We meant to get together last summer to golf, but time just slipped by. He lives in the Soo in Mom's old house but works in Alberta as a welding inspector. He said he was around this week but would be going west soon, so I made a firm decision to go down for lunch on Wednesday. OK, not Wednesday because we had the Freedom Riders Club Supper. Thursday, then. But on Thursday we caught a major snowstorm along the North Shore. Too risky. Today was Friday. The last chance.

Look what I got 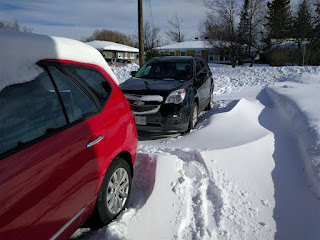 We got a bit of snow yesterday but blowing can wait

This would be our first time out of town since we got home from Disney World in early November. We hit the road about 7:00 AM this morning, stopping at Tim's to try the new croissant breakfast sandwich to go. There is no such thing as a bad croissant and Sandy won a free coffee when she Rolled Up The Rim.

The road was salty, but the skies were bright and there was little traffic. I find that the Equinox is a lot more cramped that the Avalanche was, mostly because it is narrower. We can adjust to this but my idea of going cross country touring in a Miata probably would not have worked out.

It was odd moving west. We have been accumulating snow an inch or two a day and now with a couple of storms. Banks and drifts are high. But as we moved mast Massey, the banks on the side of the road started to diminish. There was no fresh snow, indicating the storm yesterday didn't come through here at all. 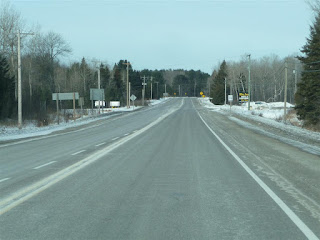 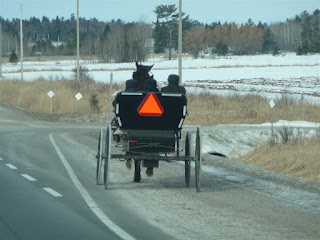 Mennonite buggy near Thessalon (no snowbanks) 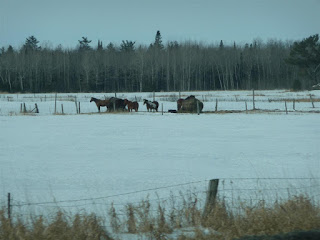 And very little snow in the fields

We arrived in the Soo about 10:30. It was good to catch up with Rabbi on what's been going on. I slipped out at noon and picked up Tim's pulled pork sandwiches on a ciabatta bun for Sandy and I. Rab doesn't eat lunch, apparently. We made some plans to golf this summer. This time, it will happen.

I tried to convince Rabbi that he should get on Facebook but he has been avoiding it like it was poisoned. One thing I have learned in sixty years is that you will never get Rabbi to do something he doesn't want to. But he does text, so we have that option:-) 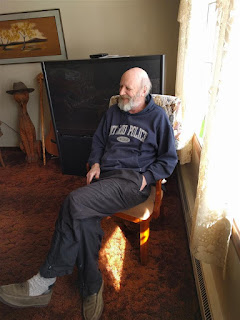 We headed back about 2:30. Traffic was a bit heavier but the trip was uneventful and we pulled into our driveway at 5:45. 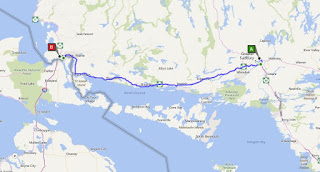 We made our way to the Towne House Restaurant and Tavern early so we could both get a seat and try out their lunch menu. We succeeded on both counts, although some of our crowd beat us there. The show wasn't starting until 2:00 PM, so we had plenty of time to eat. 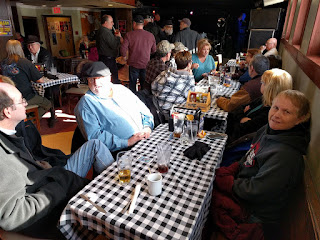 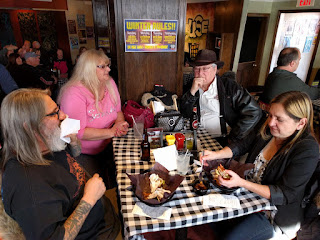 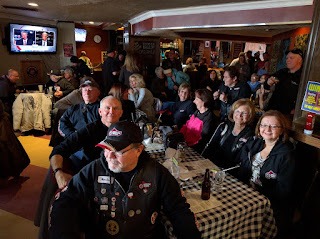 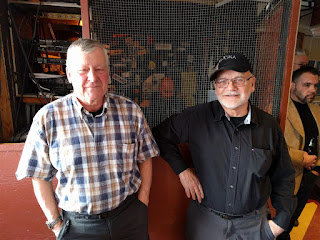 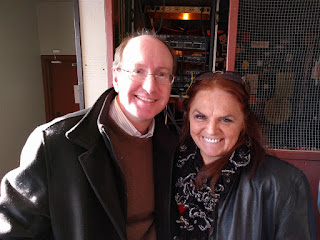 Gary and Lorna from Action Sudbury 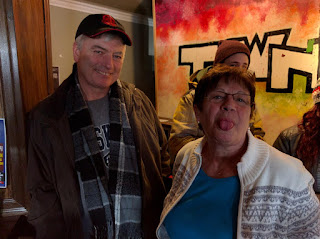 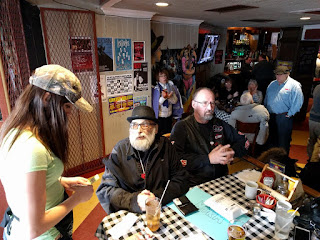 Normie flirting with the server 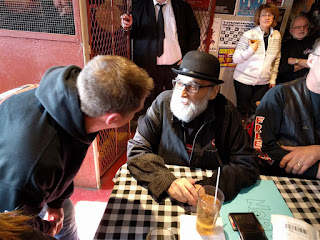 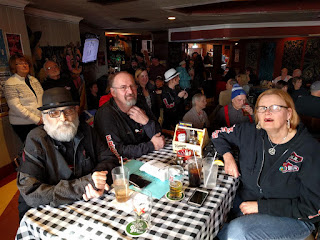 Normie with Tom and Eve 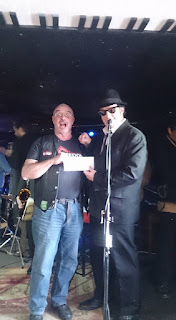 Presenting Elwood with a $500 donation from Action Sudbury 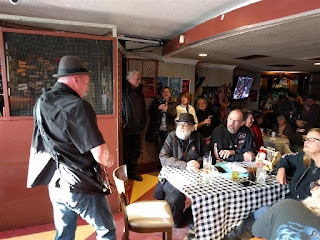 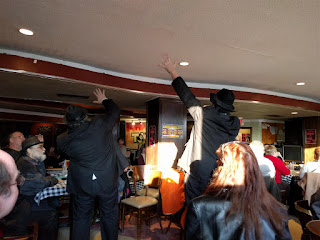 The Bluez Brothers rocking the house

The music was good again, especially the extended set performed by the Bluez Brothers. Jake (Rod) and Elwood (Vic) had the place hopping. It was a special day and a great tribute to a unique person. We could tell that Normie was moved by the support. The culmination was the announcement that Music For The Soul had raised $4,000 for Maison Vale Hospice.

We wrapped up before supper time and I dropped Sandy at home before I headed on to the Caruso Club for the second part of the evening.
Posted by Jim "Skid" Robinson on 2/13/2016 No comments:

Old friend Normie Hein was diagnosed with inoperable Stage 4 liver cancer back in November. Sandy and I have shared snowmobile and motorcycle experiences for thirty-five years but we never shared his love of local musicians. They sure appreciated him, though. This evening was the first of two segments of Music For The Soul, a fundraiser for Maison Vale Hospice in Norm's honour. 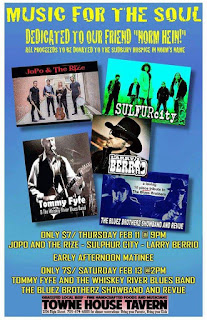 Tonight, Jopo and the Rize, Sulphur City and Larry Berrio entertained us. The crowd represented many different segments of the community. Freedom Riders were strongly in evidence. 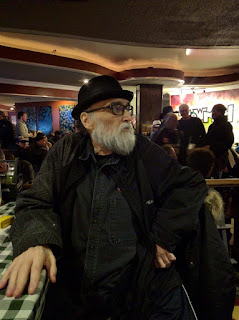 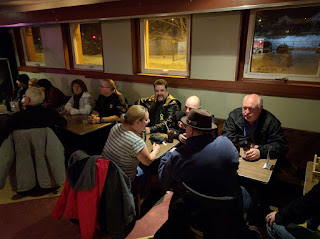 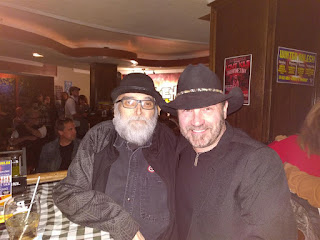 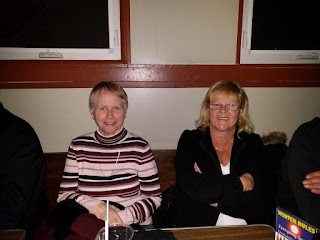 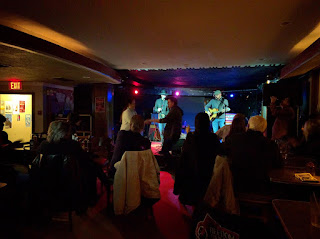 The music was good and the vibe was better. Sandy didn't even want to leave until after midnight. There was a surplus of Love Honour and Respect flowing Normie's way all evening.