We had planned a lot of traveling this summer:

And still to come,
But we were locked down instead. In March, the Canada/US border was closed to all except for essential traffic. Some inter-provincial borders were closed as well, a violation of the Canadian Constitution. People stayed at home, ordering food and groceries to be delivered. Politicians all somberly addressed us every day. In April, there were heated arguments about whether it would be right to take a motorcycle out for a ride. Masks and distancing were the order of the day.
Then, as the infection rate declined, things opened up a bit. Restaurants and bathrooms opened up, albeit with restrictions. Golf courses opened up as well and we got the motorcycles out. But the US border stayed closed. Only limited size gatherings were allowed.
So the summer was a series of not-to-far motorcycle rides and golfing. That was until I blew out the tendon in my left elbow in mid-July. Then it was just riding, once I could squeeze the clutch lever again. Here are a few images from this period: 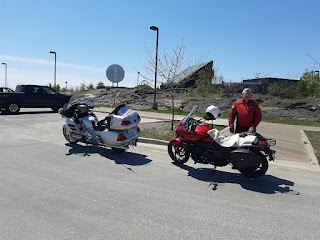 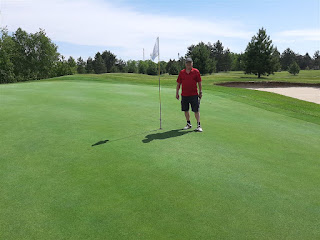 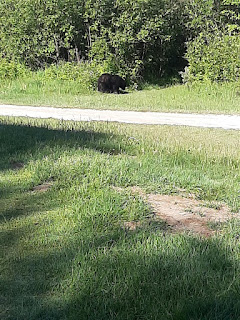 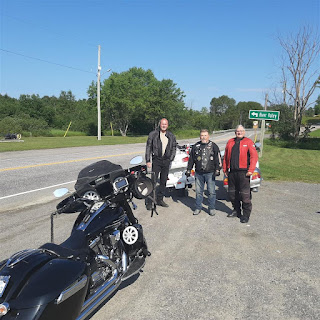 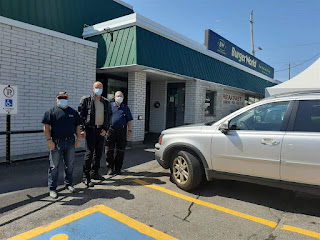 August 7 - All masked up at Burger World in North Bay, Ontario 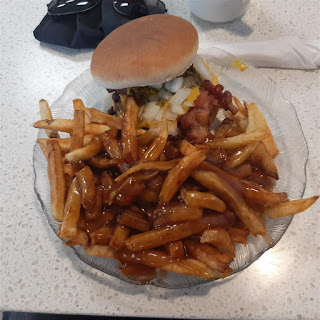 August 7 - Burger World - I should not have eaten this 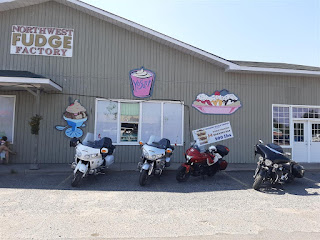 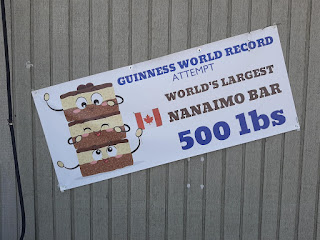 My blood sugar went up just looking at this 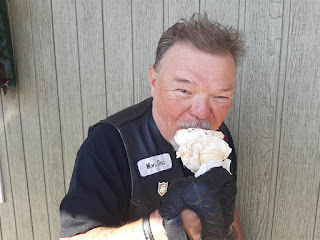 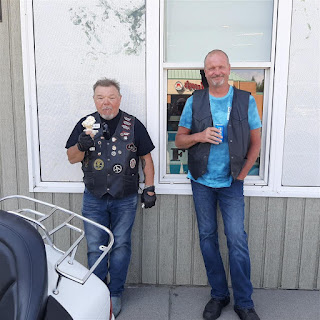 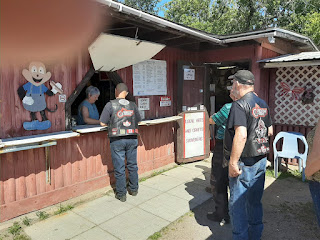 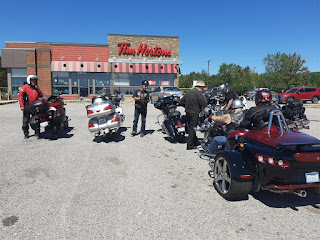 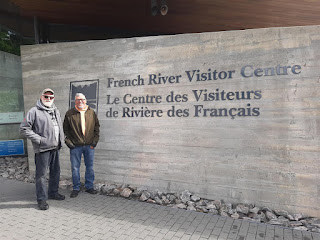 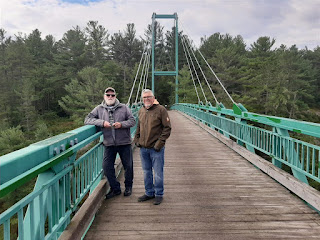 August 18 - On the Bill Small Memorial Bridge
Since the US border will remain closed through September, we have cancelled the Eureka Springs and Outer Banks trips as well. It was a strange year but we have made the best of it that we could.
Posted by Jim "Skid" Robinson on 8/30/2020 No comments: