It was 70 F under a light rain as we left the hotel about 7:00 AM. Traveling north on Highway 138, we saw another southbound V of Canada geese. Rain was still falling when we reached Highway 417 and stopped at McDonald's in Casselman to pick up breakfast.

Approaching Ottawa on 417 around 8:00 AM on a Monday morning was not, in retrospect, one of my best ideas We had encountered some moderately heavy rain after we left Casselman but that had eased by the time we got into the heavy traffic. Past the city centre, our side eased off and, once we left the city, the highway was largely empty. 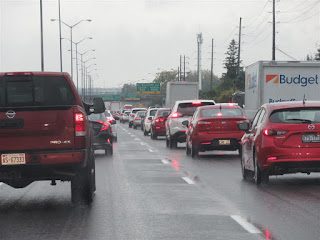 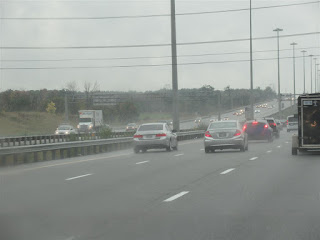 Past the city centre, traffic on the other side was worse 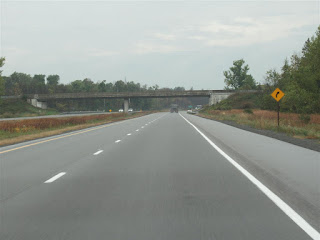 Traffic was light as we continued on to Deep River, where we stopped for fuel. 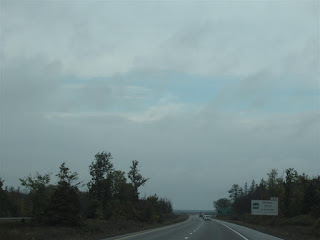 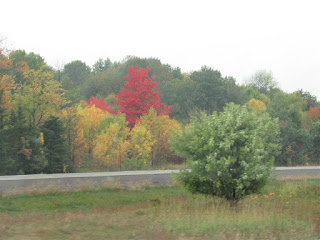 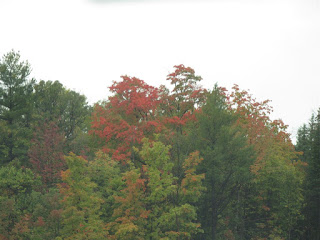 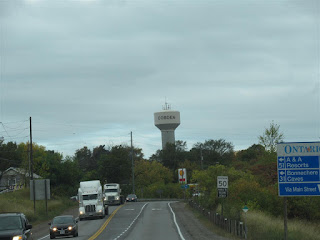 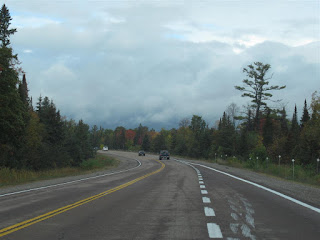 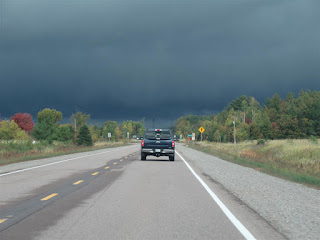 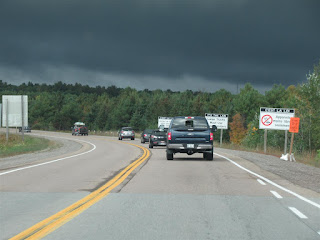 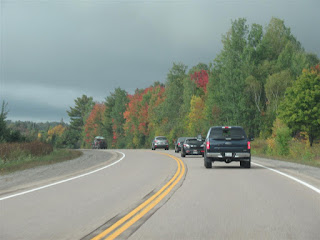 We went south of the main storm 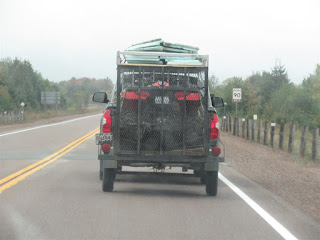 Rain had eased again when we stopped in Deep River for fuel. Gas was relatively cheap and but the spelling wasn't so good.. 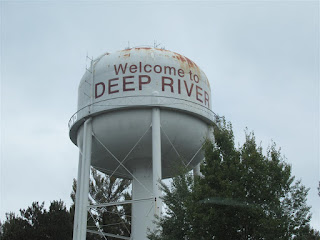 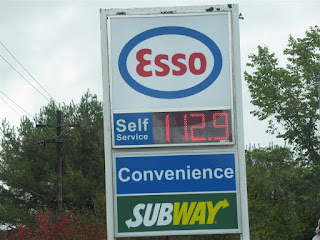 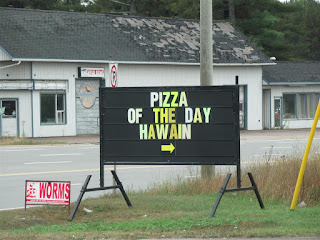 The next leg took us to Mattawa. 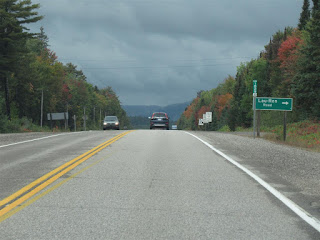 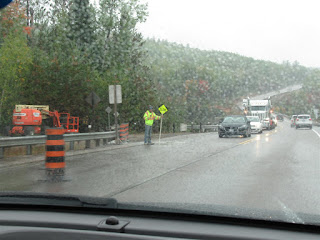 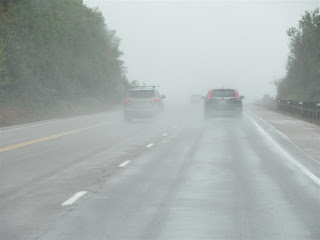 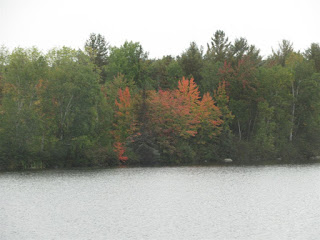 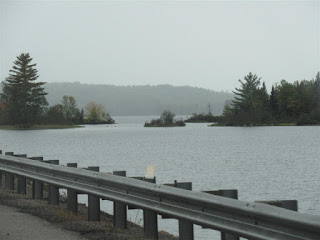 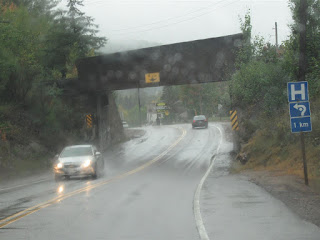 The gateway to Mattawa

The new Tim's in Mattawa was busy and the parking lot was tricky for trailers. It was raining fairly heavily and the umbrellas were under the suitcases in the back, so we got a little wet at this bathroom break/coffee stop.

When I am done with my travel mug, I usually put it in the wastebasket in the back behind the console for safekeeping. I guess when I swapped it out for a water bottle a while back, I inadvertently put it in the McDonald's bag from Casselman. Then, at the gas stop in Deep River, Sandy threw the McDonald's bag in the trash can. Oh well, I didn't like that travel mug anyway...

Mattawa was our last stop. The rain devolved into an intense fine mist that was hard to keep off the windshield. 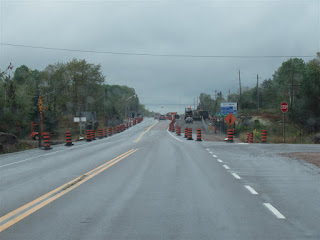 Construction at the Corbeil turnoff 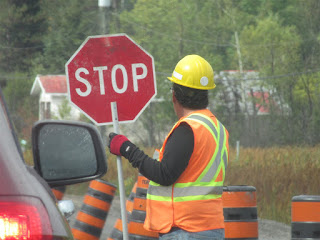 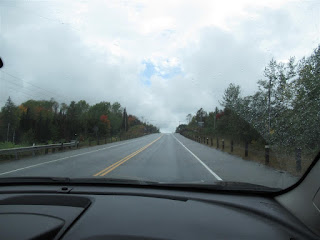 A bit of Blue sky near North Bay 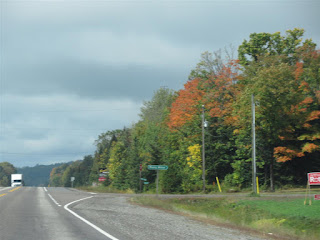 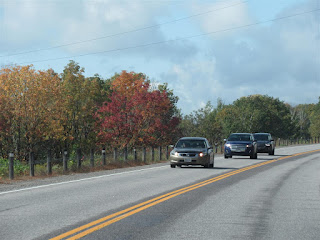 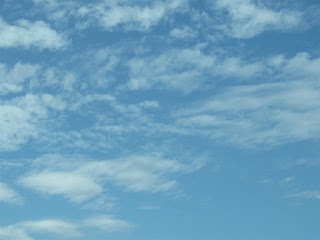 The rain is in our rear view mirror 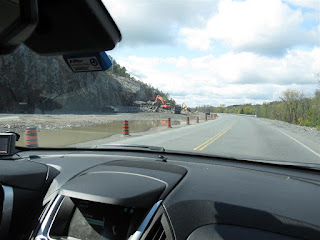 Road straightening at the Veuve River 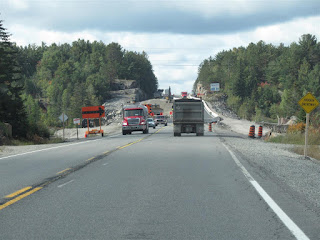 Using rock from the blasting as fill down the road

We pulled into the driveway about 2:50. Within a half hour, we had the bike unloaded, the trailer disconnected the luggage moved into the house and were off to the grocery store to restock the kitchen

It was a very good trip but bittersweet, since fall was upon us and winter was just around the corner. 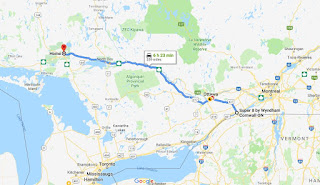