This weekend is Jasper's sixth birthday party so we decided to go down and join the celebrations.
But first, I started the day off by jamming my finger in the garage overhead door. Somehow I pulled the door down with my left finger in one of the gaps (the ones that disappear when closed). I was concerned that there was serious damage done but, once I got the door open again, the digit (which had been in a glove) was numb but still functional. 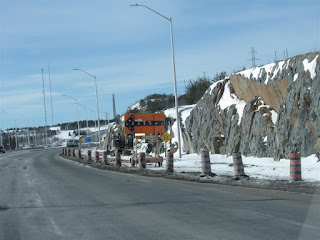 Construction on the new Maley Drive Extension
Before leaving, we attended a celebration of life for Sue Demore, the Secretary of the Freedom Riders Motorcycle Association, who passed away unexpectedly on February 11th. The gathering was held at the Azilda Lion's Den, where the club usually holds its meetings, and was very well attended.
We left Sudbury just after 1:00 PM. It was below freeing but the sun was melting the snow, a sure sign that spring was on the way. 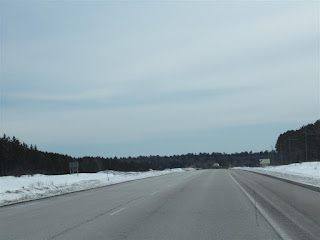 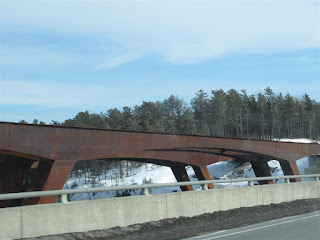 New French River Bridge under construction
At Waubaushene, we stopped for fuel and coffee. We also switched boots for shoes. 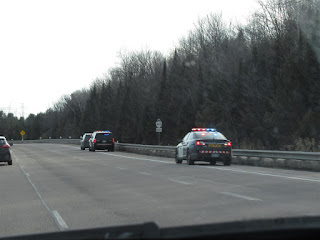 The ever vigilant O.P.P. 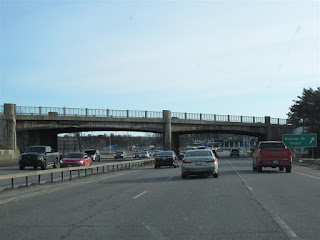 Traffic picking up on Highway 400 south of Barrie 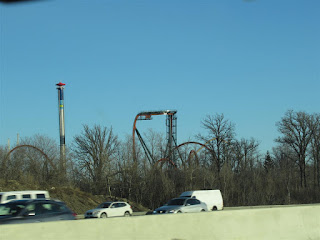 Canada's Wonderland closed for the season 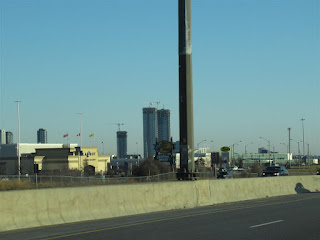 New building going on all around Toronto
Because it was Saturday, we skipped the back roads and the hyper-expensive Express Toll Road 407. For the first time in quite a while, we followed the 400 right to Highway 401. Just after 5:00 PM, the 401 west was somewhat busy, whichcontinued through Mississauga where they are still working to add more lanes. 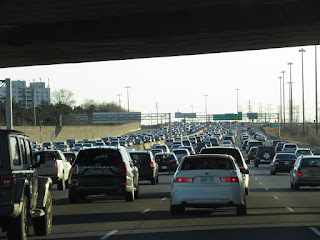 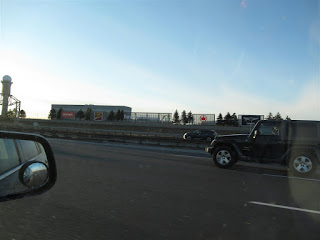 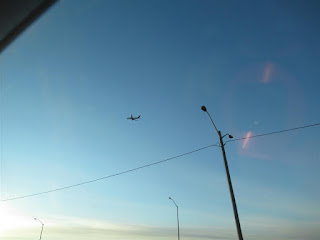 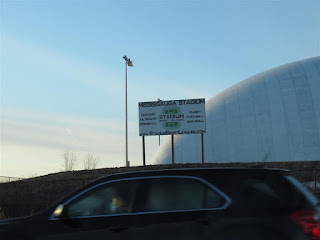 A new local stadium under an inflatable dome 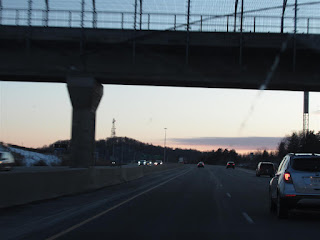 Driving into the sunset 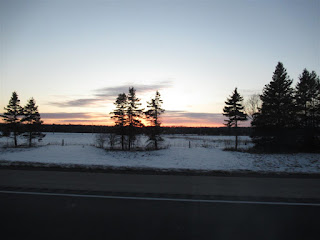 Not much snow down here 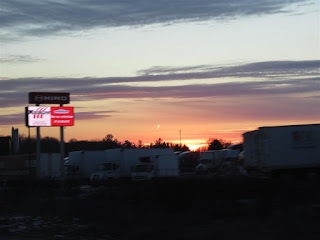 Winter sunset
We arrived in Woodstock before 7:00 PM and stopped at Subway to get something to take to the hotel with us for supper. I had a chopped salad and the girl who prepared it remembered me from the last time. Then we checked in to the Best Western Plus . The clocks change tonight, it is a full moon, next Friday will be the 13th and there is a nasty new virus starting to affect the world. Nothing to worry about.
Today's Route (315 Equinox miles): 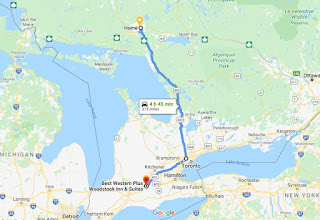