We were in no hurry this morning and were still recovering from the return to Standard Time, so we missed the hotel breakfast and didn't get rolling until 9:30 AM. On the plus side, it was 46 F and there was no snow to be seen around the hotel. I love this southern climate:-)) 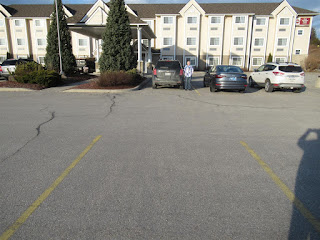 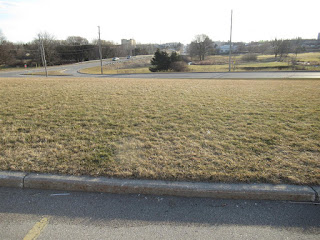 Where are my golf clubs?
We fueled up at $1.019 (remember that number), got McDonald's breakfast to go and headed east on Highway 401. It was Monday morning in Toronto so I opted to take Highway 24 northeast from Kitchener to Highway 9 and then 400, missing the city. We actually saw a couple of motorcycles out and about. 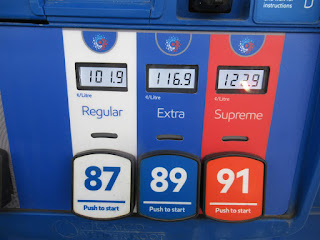 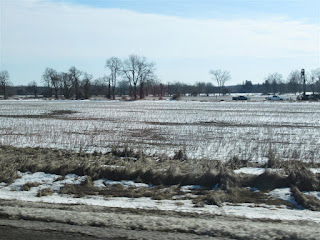 A lot of snow has melted since Friday 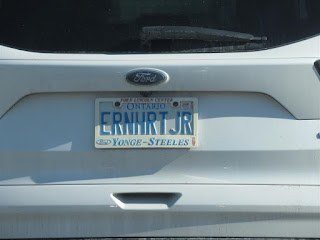 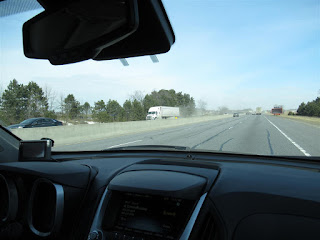 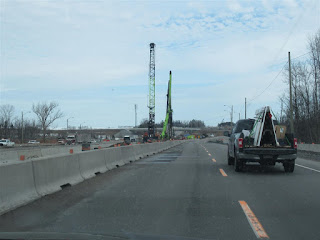 The multi-year project to update the 400/11 interchange continues
We made a quick bathroom stop at Derek Roberts Esso in Waubaushene and then continued north. Around Moon River, the sky started to turn grey but the temperature was up to a balmy 50 F. There was even some rain starting around Pointe Au Baril, which continued until the Killarney turnoff. 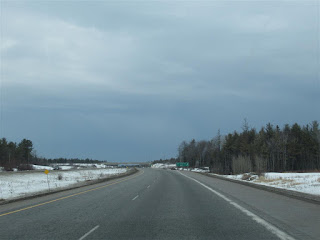 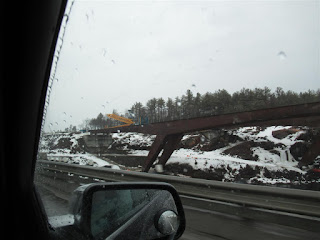 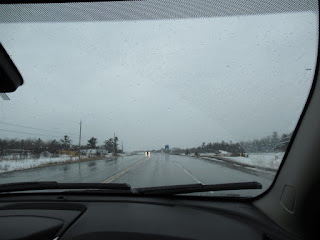 Back on the wet four lane north of The French River
A couple of random thoughts while going down the road. First, rumble strips carved into the centre and fog lines. I have no proof but I suspect that this initiative has probably saved more lives per dollar spent than anything done since the internal combustion was invented. Second, LED pointers aimed at pilots is classed as an act of terrorism but maladjusted LED headlights searing my retinas goes unchallenged. And now there are Xenon bulbs to do even more damage. OK, the random thoughts turned into a rant. So sue me:-)) 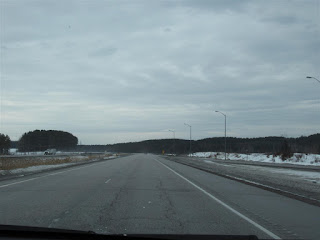 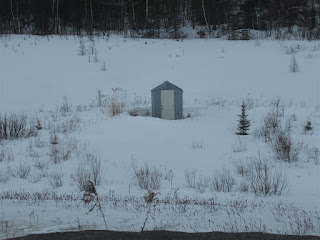 This curious little structure is just before the Nelson Road exit 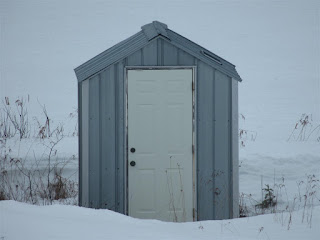 If anyone knows what it is, please drop me a line
It was 41 F when we arrived in Sudbury and the rain started up again just before we got home. Not your typical early March weather. We fueled up when we hit town. Remember the $1.019 in Woodstock? Sudbury price was $1.110 over nine cents per liter higher. This was not an unusual differential. 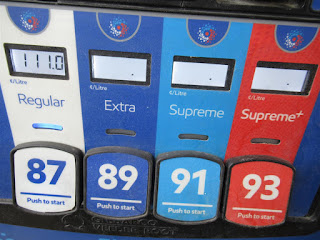 We were in our driveway at 3:10 PM. Overall, it it was a great trip. Now we wait for spring and the travel season. 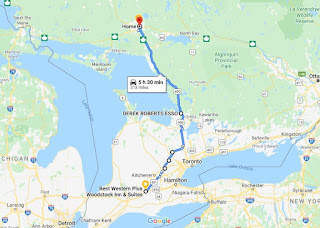