December was busy. After we got back from Cambridge, I developed a nasty cold that turned into bronchitis. This put a crimp into some of my holiday festivities and tasks. By mid-month, I was back in gear. I worked a number of Red Nose shifts and tried to catch up on other chores.

Christmas was quiet. Sandy and I had her mother Jan over for the day, but that was about it. That changed soon after. Kim, Mike and the girls arrived on Saturday the 27th for a few days. They got a room at the Towne Place Suites and we all went to MIC Restaurant for supper. 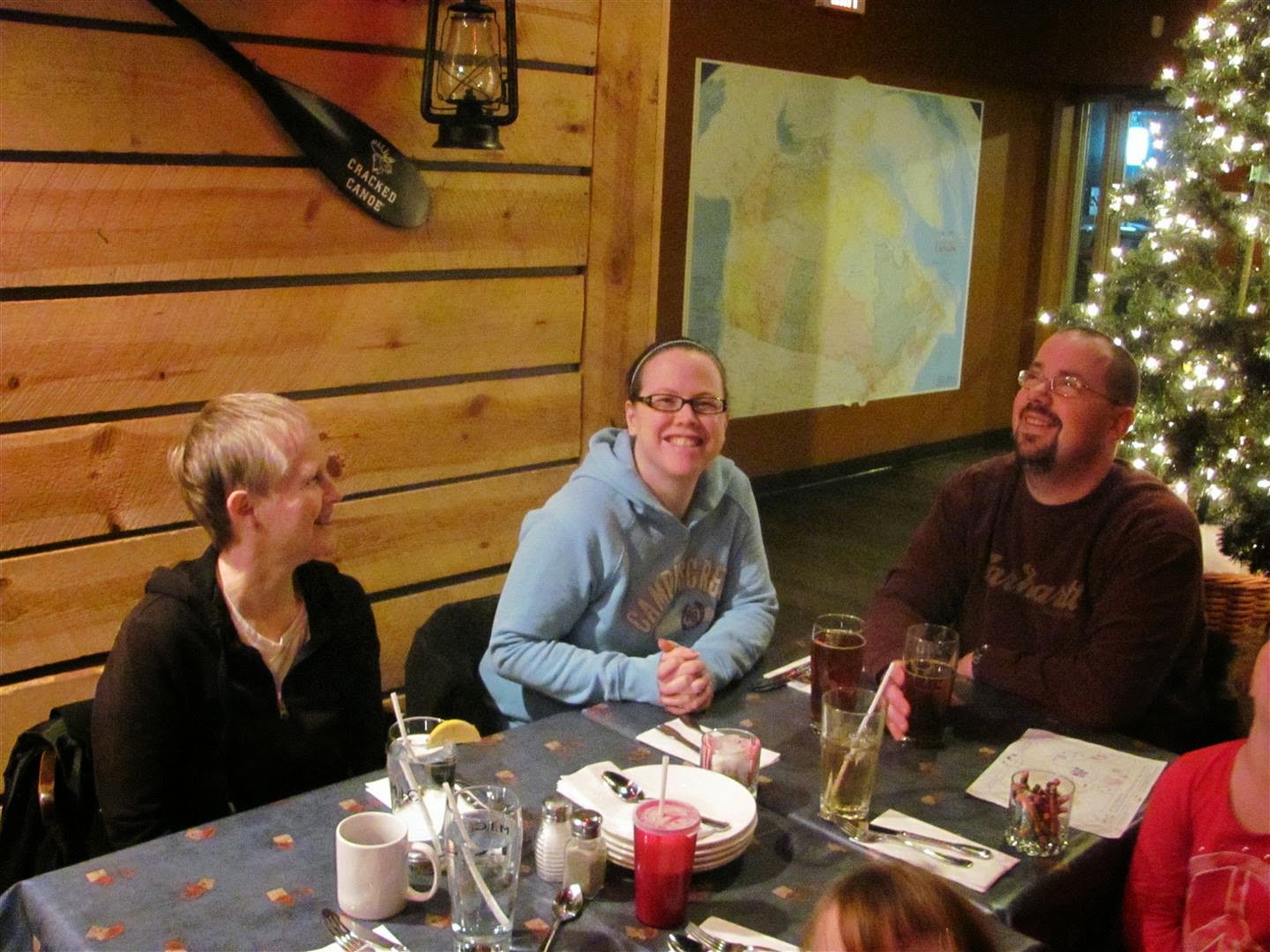 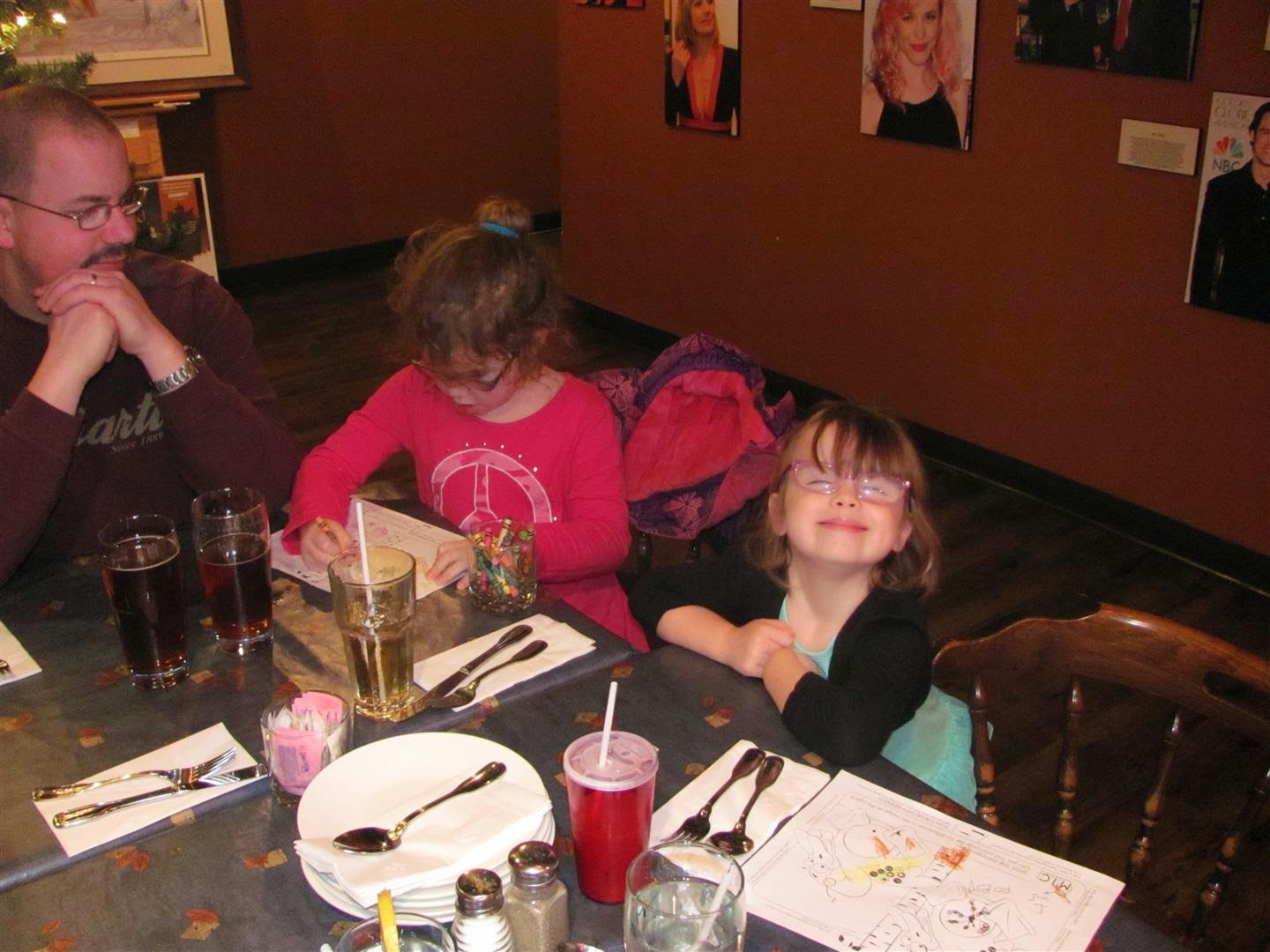 The girls seem to be enjoying themselves

After supper, I headed out to do a Red Nose shift. This started about 8:00 PM and I got home, as usual, about 4:30 AM Sunday morning. While I was out, Sandy called to say that Heather, Tom and Jasper had arrived. That put my mind at ease because I always worry when family is on the road on a winter night.

The next morning, we enjoyed having everyone home for a bit. Kim and Mike headed home on Monday, but Heather and Tom would be spending a week. Jasper has to be the best behaved baby I have ever met and it was good to get to know him better. 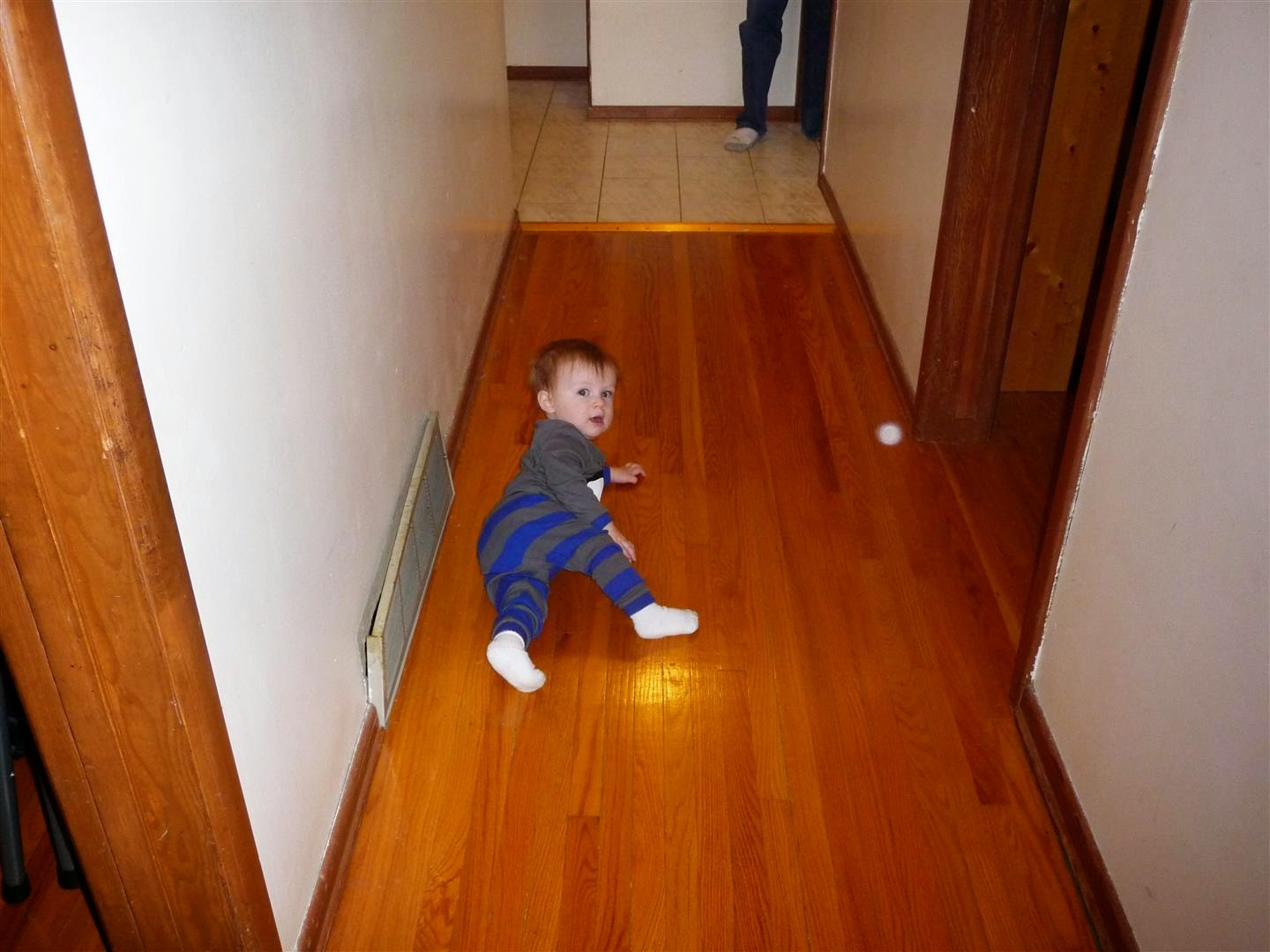 Tonight, Tom will be working the Red Nose New Year's Eve shift with me. This is a hard night to get volunteers but the Freedom Riders have come through again with a few teams. Secretary Sue will be acting as our navigator tonight. They will take calls for an extra hour, closing the phones at 4:00 AM.

We were up and rolling by 7:20 AM. It was Monday morning and you couldn't pay me enough to go anywhere near Toronto, so we started heading northeast on Highway 24, or what remains of it after it was segmented by one of the more senseless acts of Mike Harris' Common Sense Revolution.

Reaching Guelph, we found they had torn up Wellington Street again. This was just ripped nine ways from Sunday a couple of years ago and here its was shredded one more time. I navigated some back streets to get to McDonald's for breakfast to go. It was a pleasant surprise to find that Mickey D's had been remodeled for the better. Same footprint, different innards.

The route continued up 24 all the way to Airport Road without incident, and then we made a short hop north to Highway 9. The winds were blowing strongly out of the north, which was probably fair in someone's eyes since they had been largely out of the south on our way down. Overall, the percentage of time I am pushing a headwind is vastly greater than random chance or prevailing winds should allow.

Continuing east on Highway 9, we once again noted some confused Canada geese flying north near Schomberg. The nebulous "they" almost got me as I merged from 9 onto Highway 400 North. A highway maintenance vehicle was blocking part of the merge lane and, although he had a couple of orange traffic cones deployed right at the truck, there was no advance warning. I was glad that the right travel lane was empty or it could have been nasty.

The fuel stop and bathroom break at the Barrie Service Centre was brief. They don't seem to have very many gas pumps here and the layout is less than optimal. But then what would I expect from a brand new facility designed by the government? And the exit where Highway 11 splits from Highway 400 is still under construction. I expect there is some young MTO engineer who expects to work on this project until he retires.

As we moved on towards Parry Sound, we got fog and then snow. By Horseshoe Lake Road, it had started to accumulate on the road surface, causing me to slow down a bit. In Parry Sound, we encountered some squalls verging on whiteout conditions and then we moved from squall to blue sky and back most of the rest of the way. 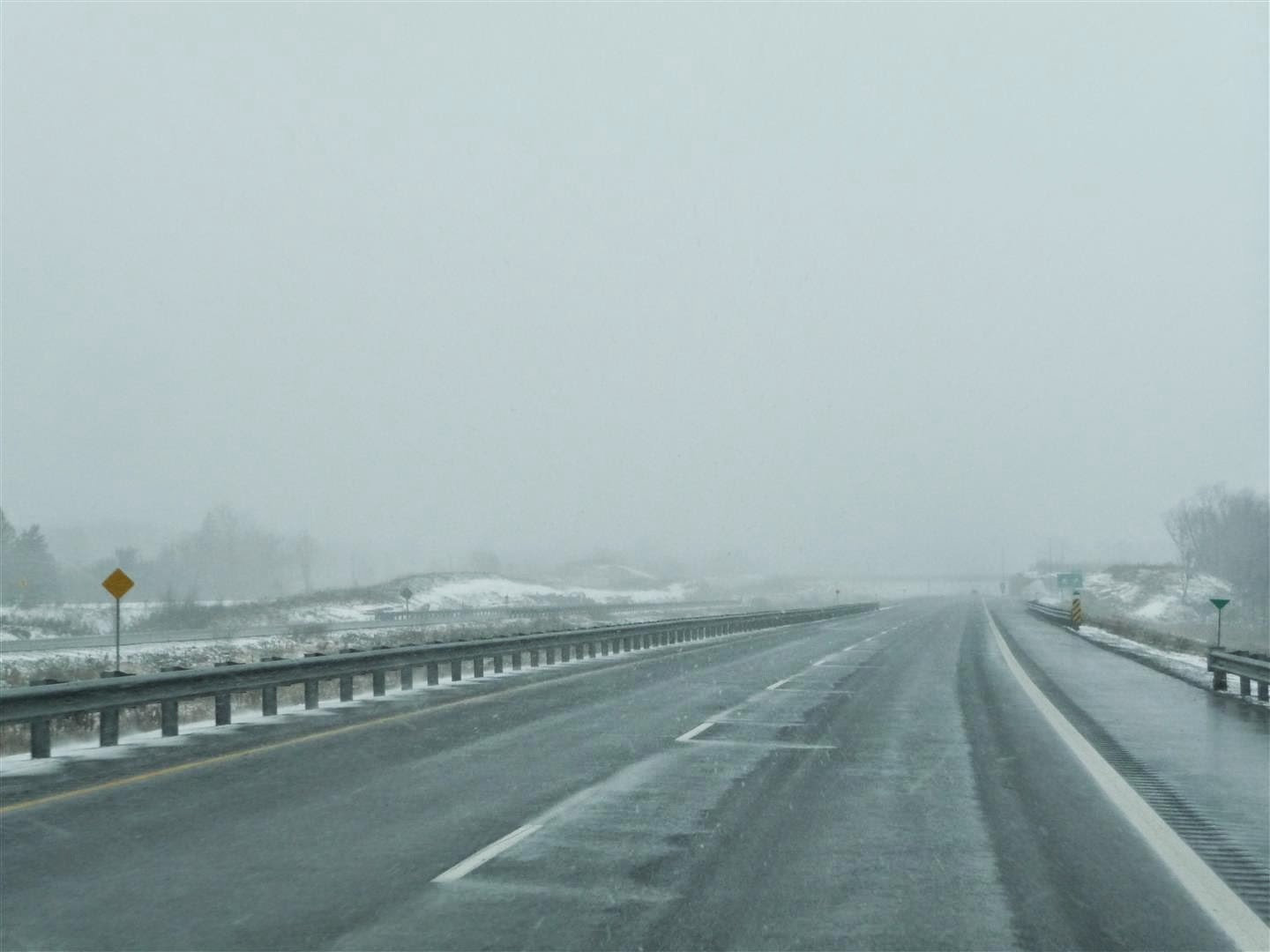 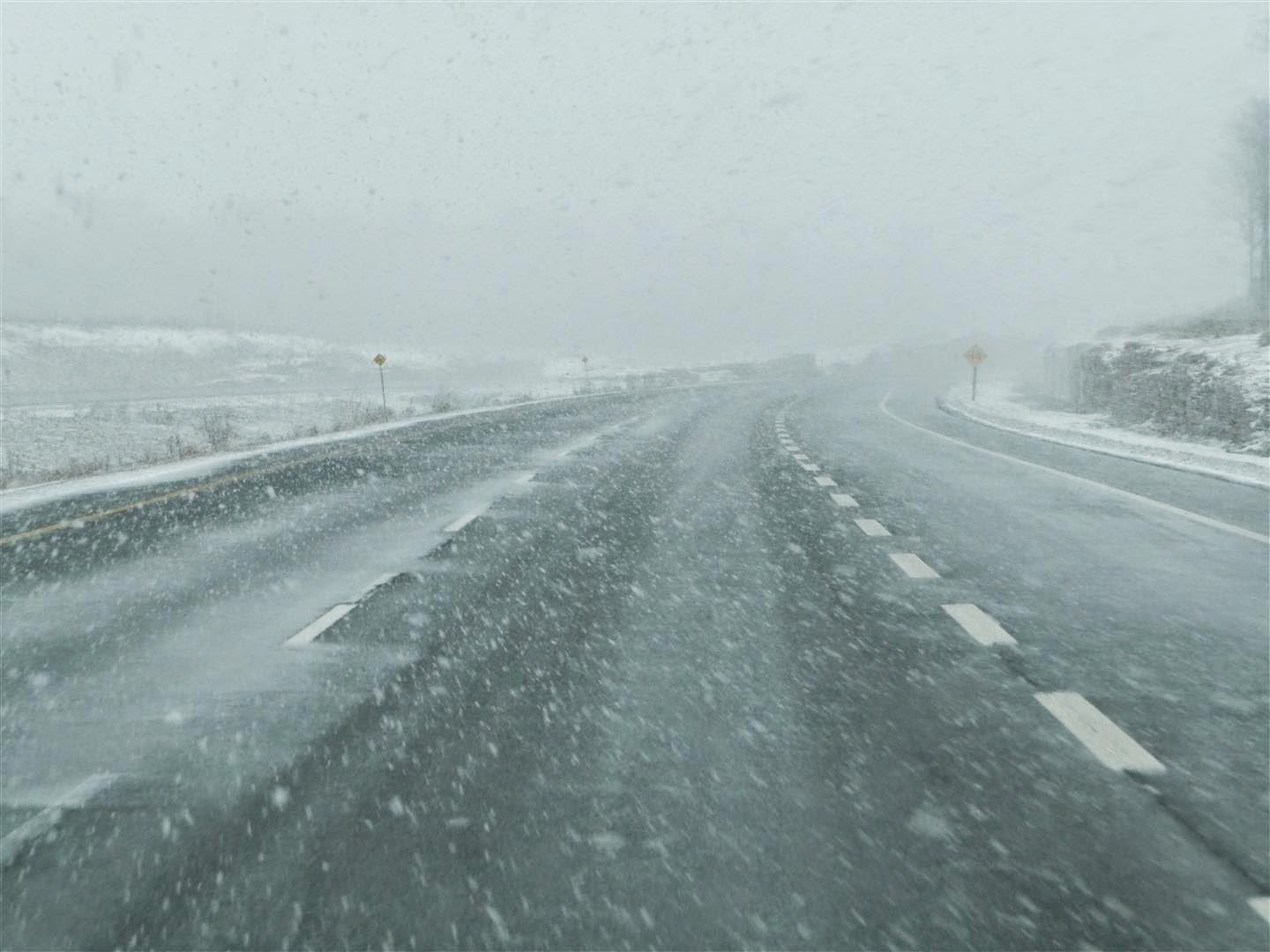 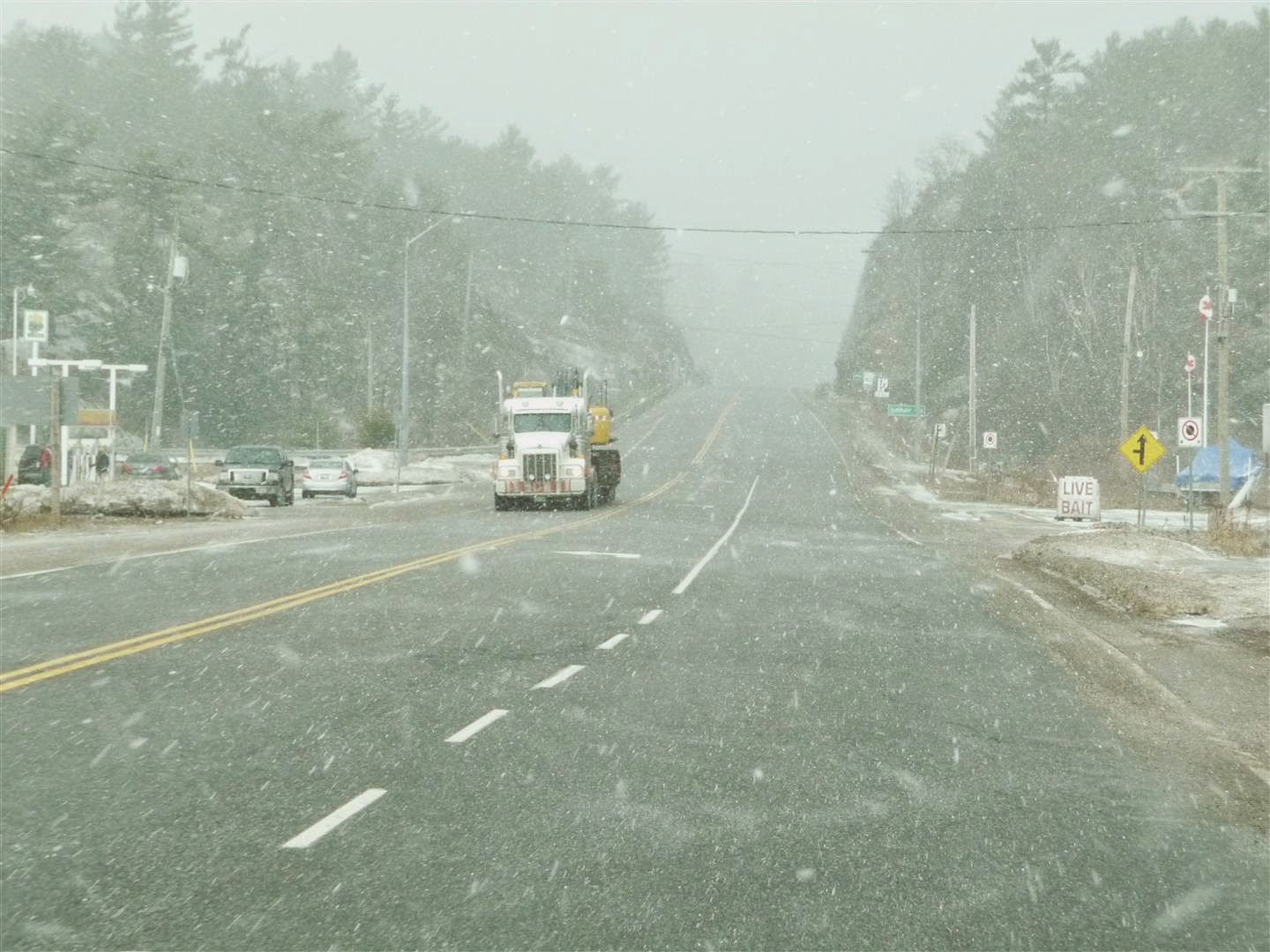 When we got back to town, I went straight to the MS Society building where I was going to park the trailer for the winter. I got the lock to the gate on the side yard open but wasn't able to lock it again after I dropped the trailer because it was frozen. Not having any de-icer nor a blow dryer, I took one of the padlocks off the trailer ramp and used that to secure the compound, leaving one of my keys on the ring in the office.

When we got home, we found that all the snow had melted. Again. It looks like it is going to be an interesting winter. 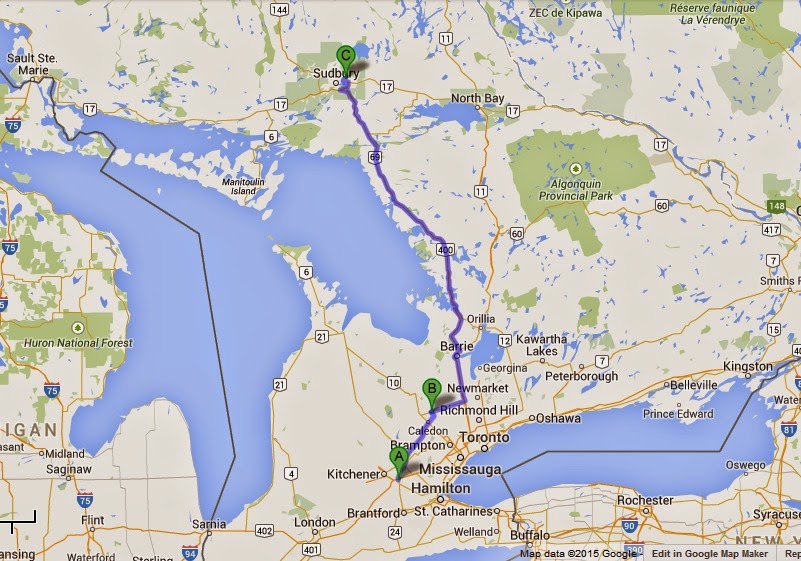