The Bike Has Moved

I picked the trailer up from the trailer shop today. It's ready to roll. We brought it home, where I had to back it right up to the garage door because of the mini-blizzard last night. I hit the starter on the Wing and it fired up as if it had just been put away yesterday. Then I rode it into the trailer and tied it down.

Tomorrow, I will haul the bike to Northstar Recreation where they will put on new Stones, change the final drive oil and check the brakes. Then I'll bring it home and leave it in the trailer in the driveway until we head for Oklahoma and Texas next Wednesday. 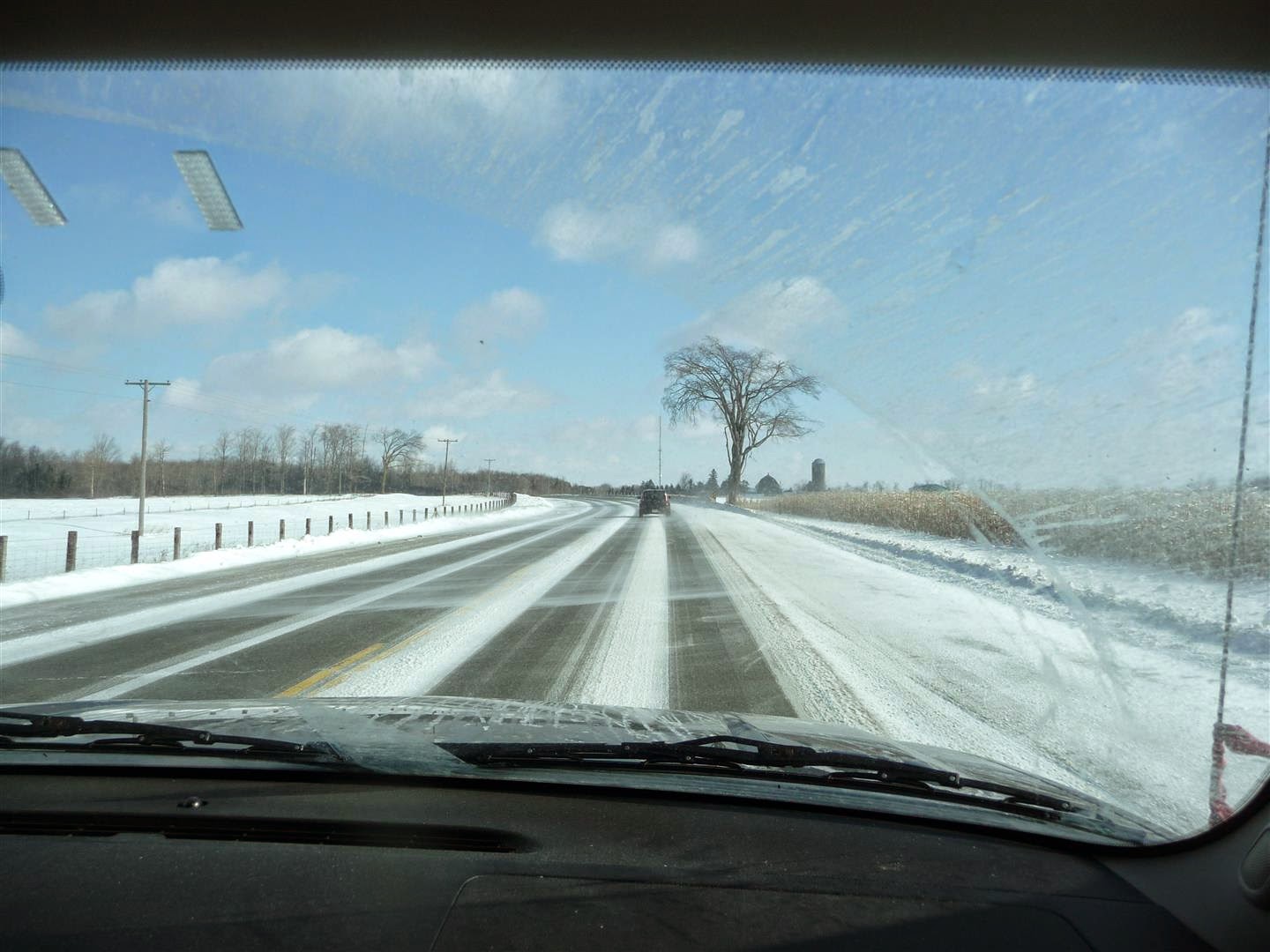 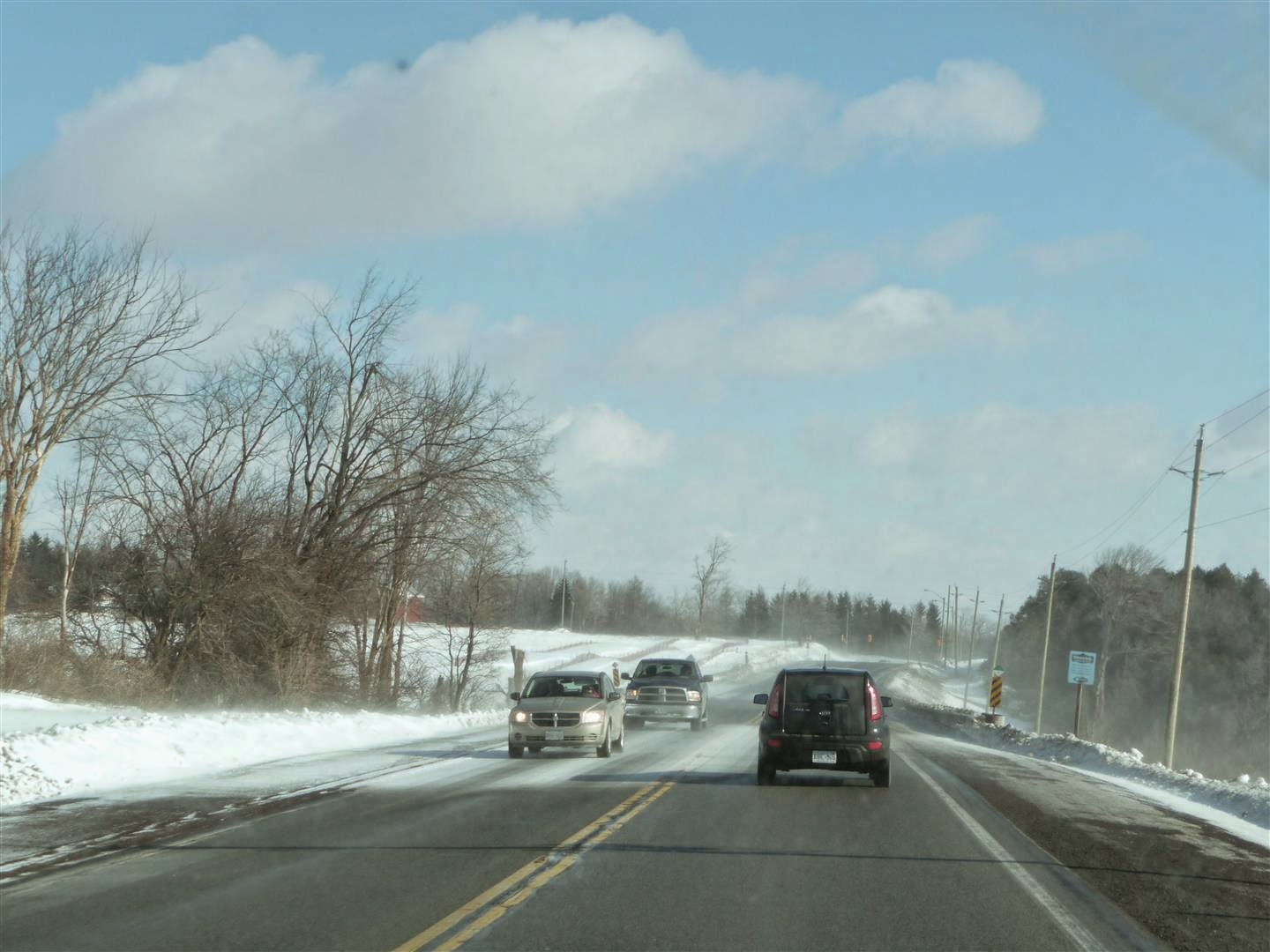 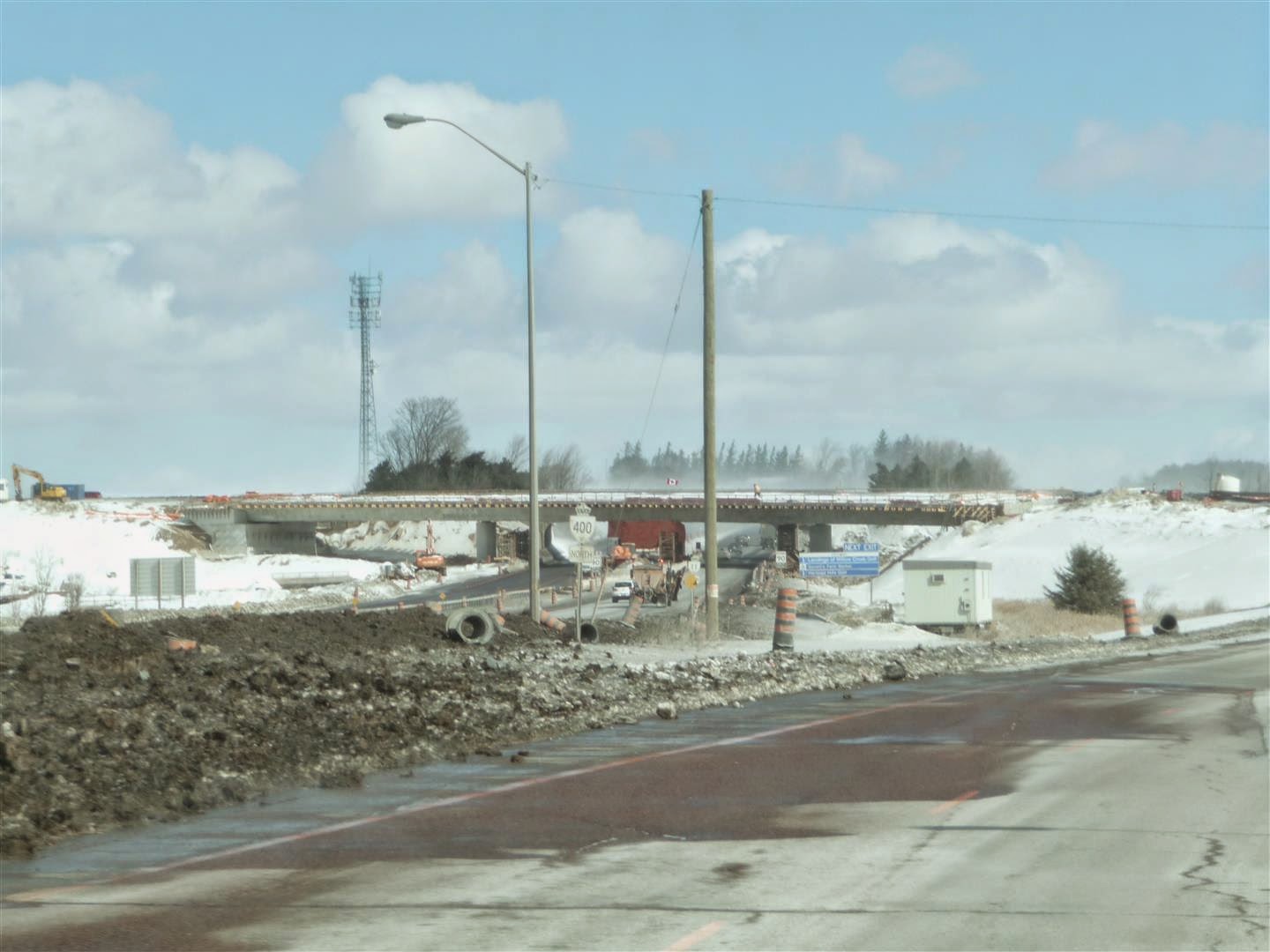 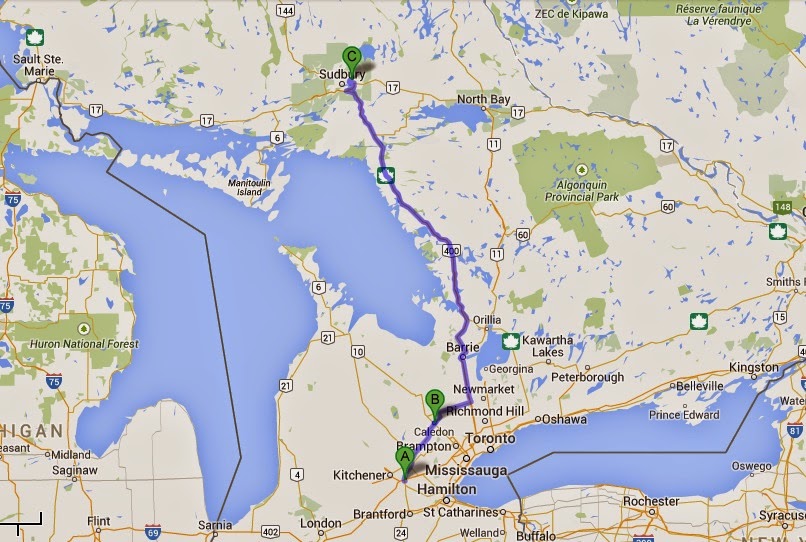 Rabbit, rabbit. An reminder that another month of my life has slipped away. They go so fast these days.

The hotel has a fine breakfast buffet but they charge $12.00 for it. Buffets are my enemy these days anyway, so we slipped out and stopped at the Golden Arches to pick up the usual to munch on while we made the short journey to Woodstock to greet the Birthday Boy.

Jasper was his usual cheery self. We played with him for a while as Tom loaded all the things for the party in their Caravan. I wish we had Stow And Go seats when we had our minivans. 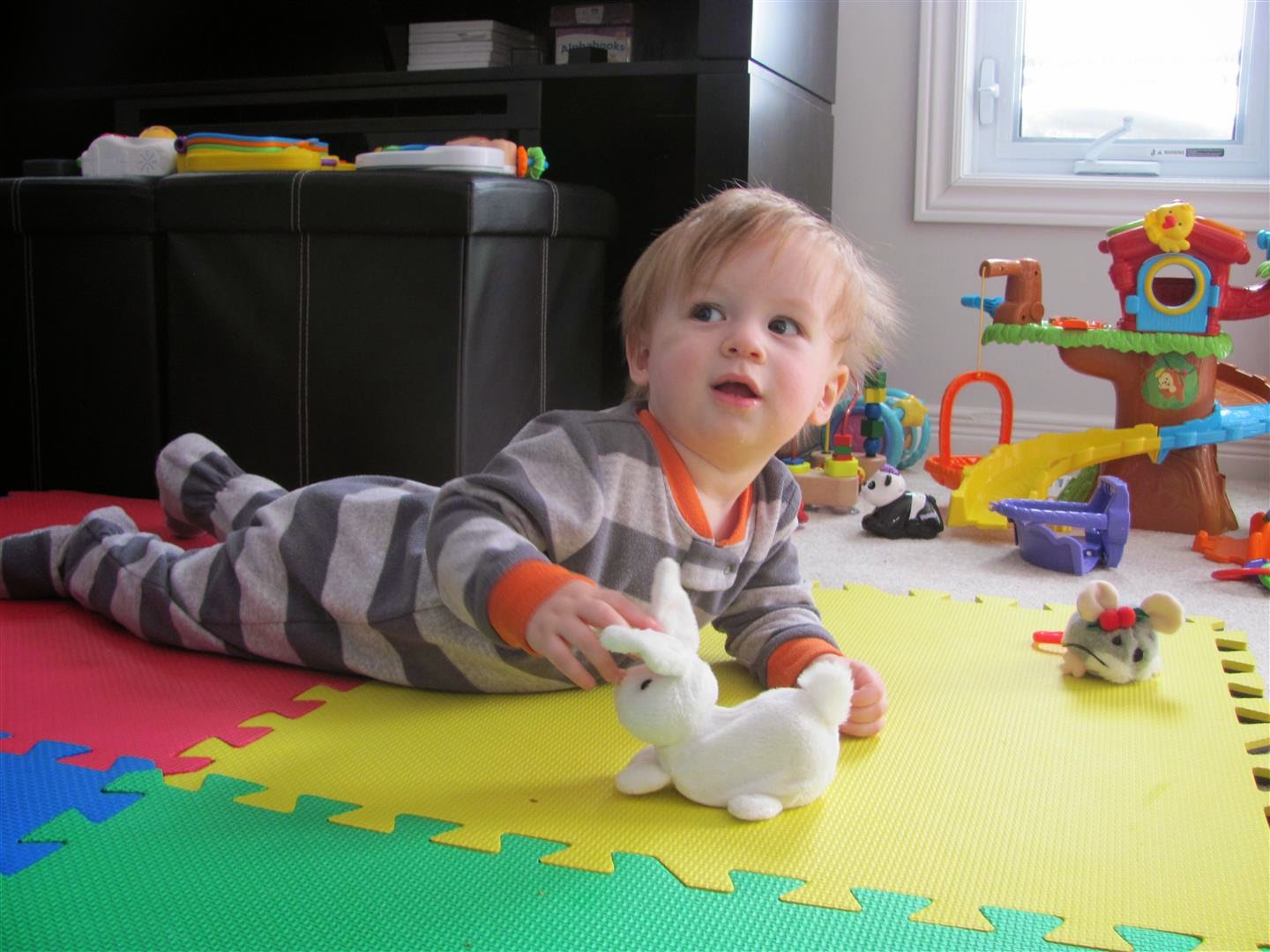 Jasper James in his natural habitat 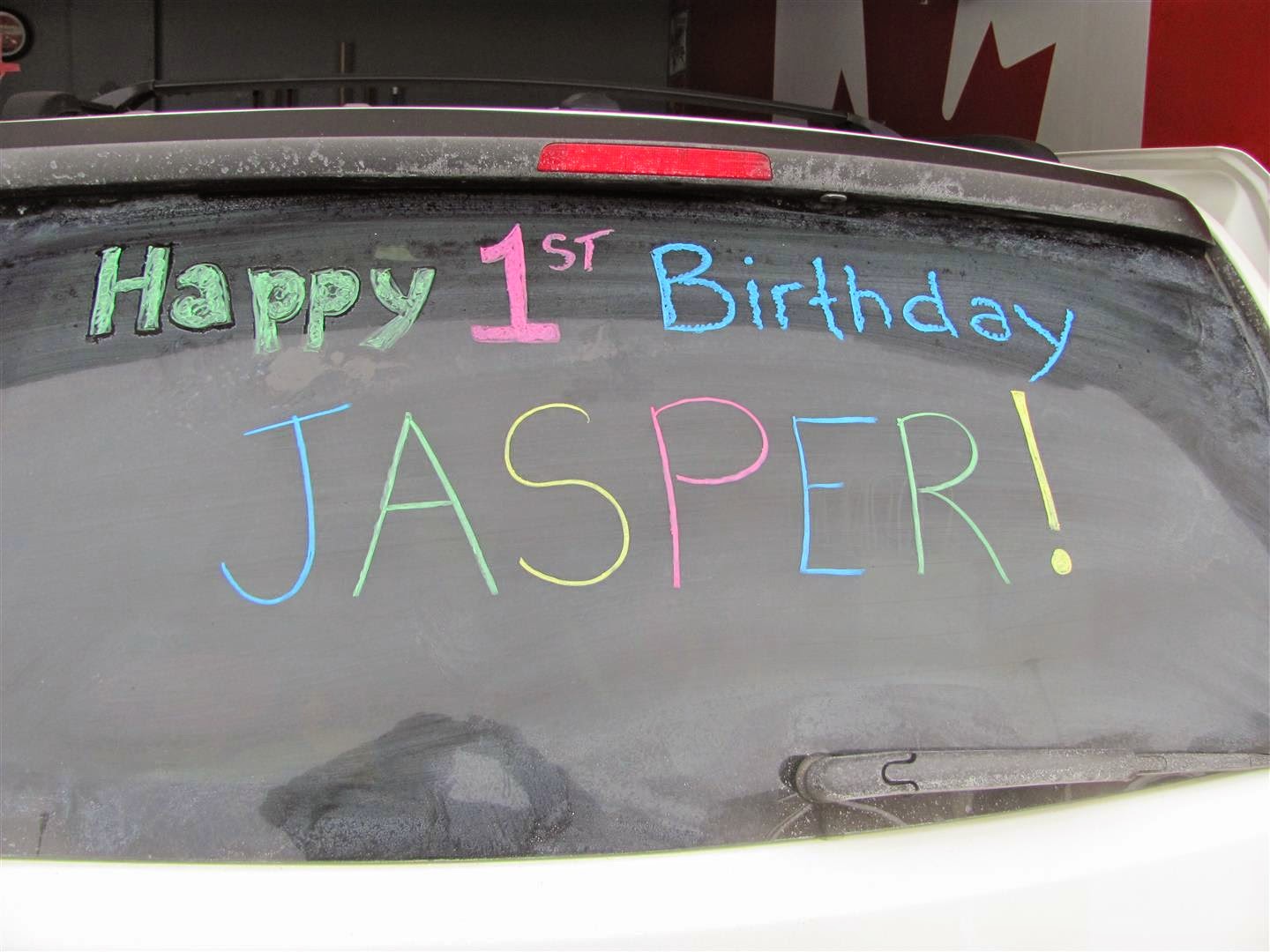 No doubt about whose big day it is

We left for Cambridge a little after noon. The party was being held in the hall above the Duncan McIntosh Arena in Churchill Park. The rental was supposed to start at 1:00, but no one was there when we arrived to unlock the place for us. The lady showed up a few minutes later because she realized on her way over that she had forgotten the keys, and had to go back. Then there was a question about whether we would be upstairs or downstairs. The downstairs hall was cavernous, big enough for a party of 500 and lacking the warmth of the better appointed upstairs area. After a phone conversation with the boss, upstairs it was.

We set the tables and chairs up and laid out the food before waiting for the rest of the assorted family to show up. 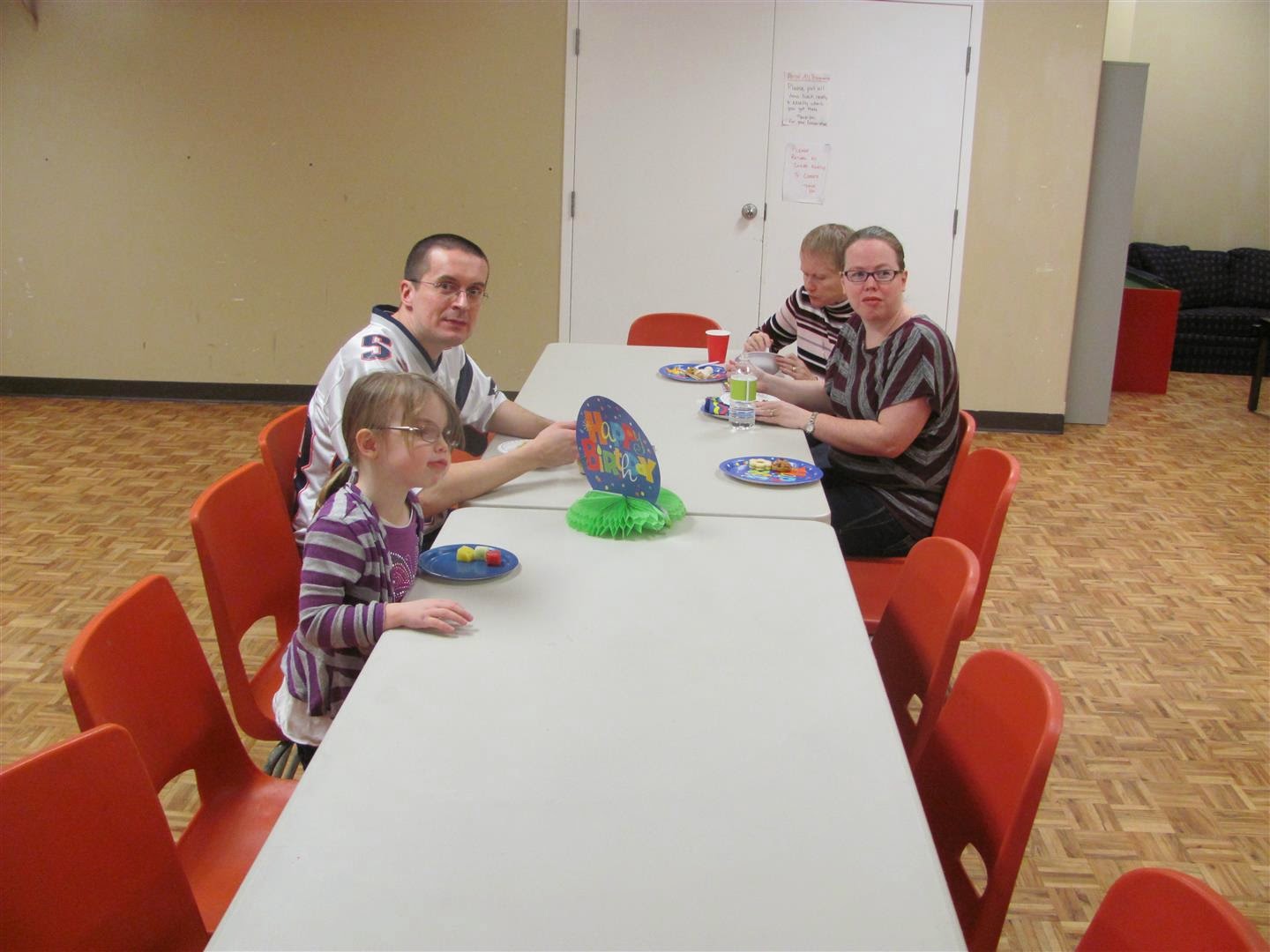 All we need now are guests 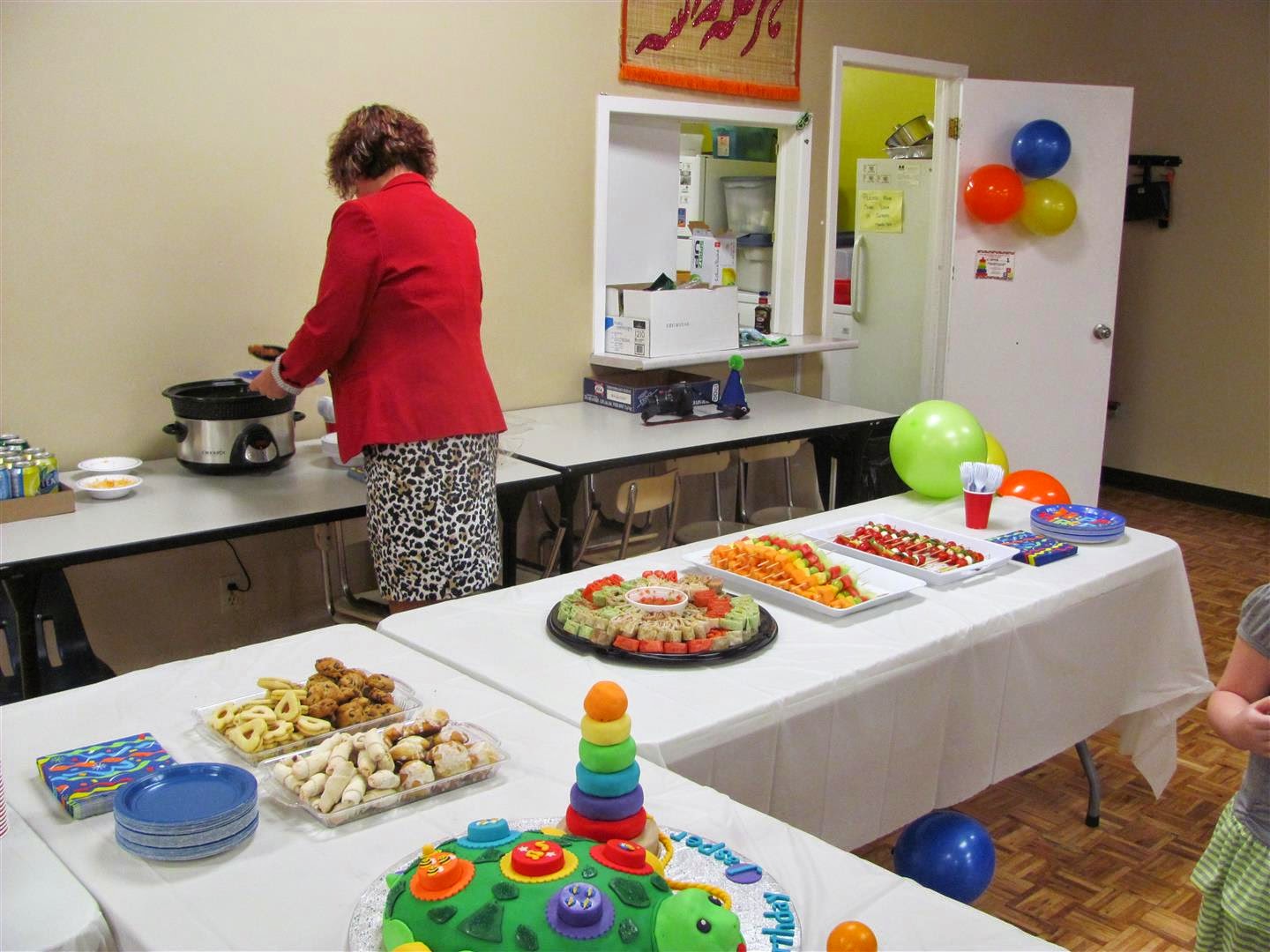 Some of the food 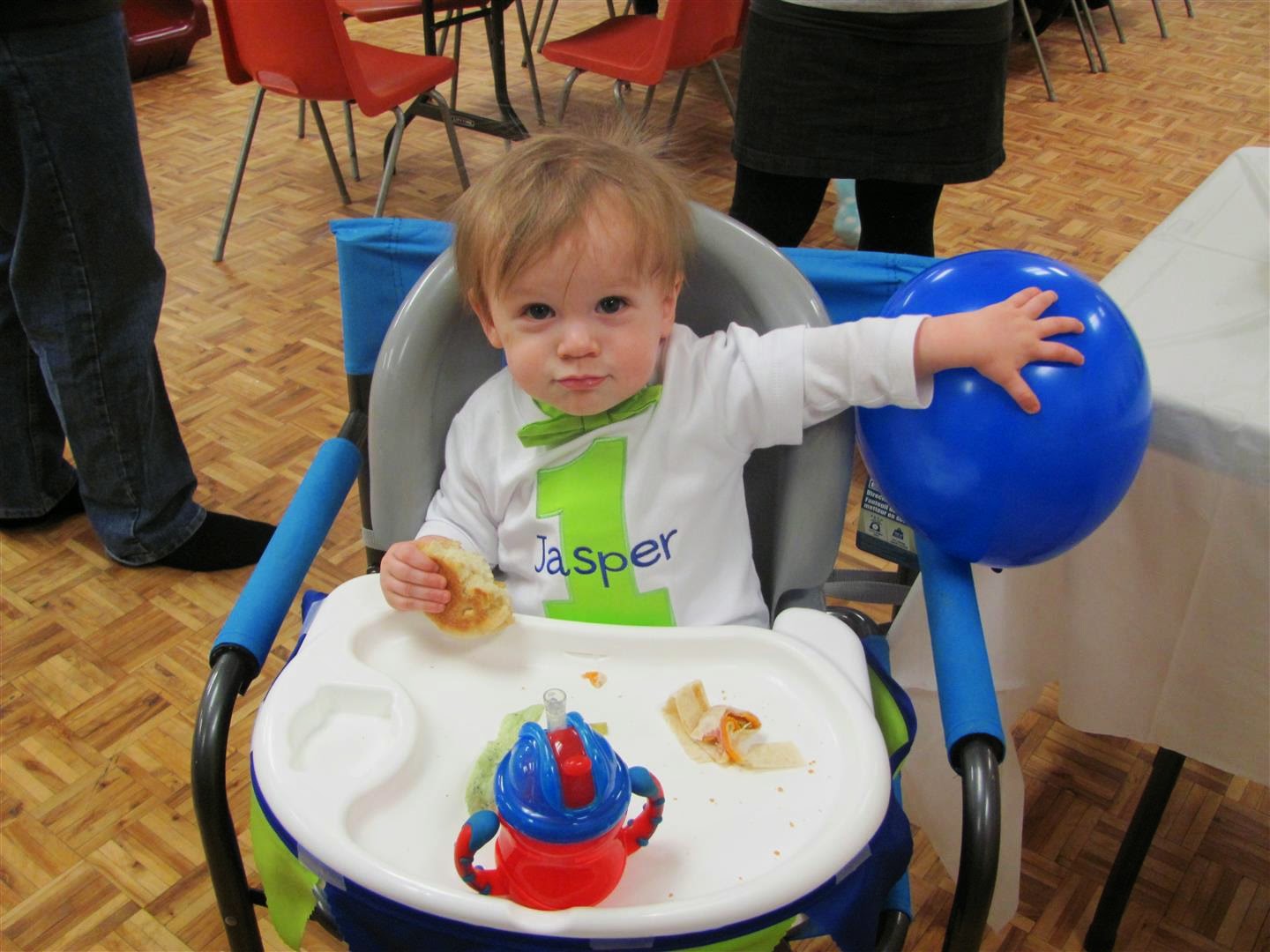 The guests started to arrive about 2:00. Another grandma, aunts, uncles and cousins. The kids played while the adults talked. At this point, there are no teenagers. The cake was interesting. Tom had taken a couple of Jasper's toys and had them replicated in a very rich confection complete with a marshmallow fondant icing. It was impressive, although the icing raised my blood sugar just looking at it. Jasper took it all in without comment. 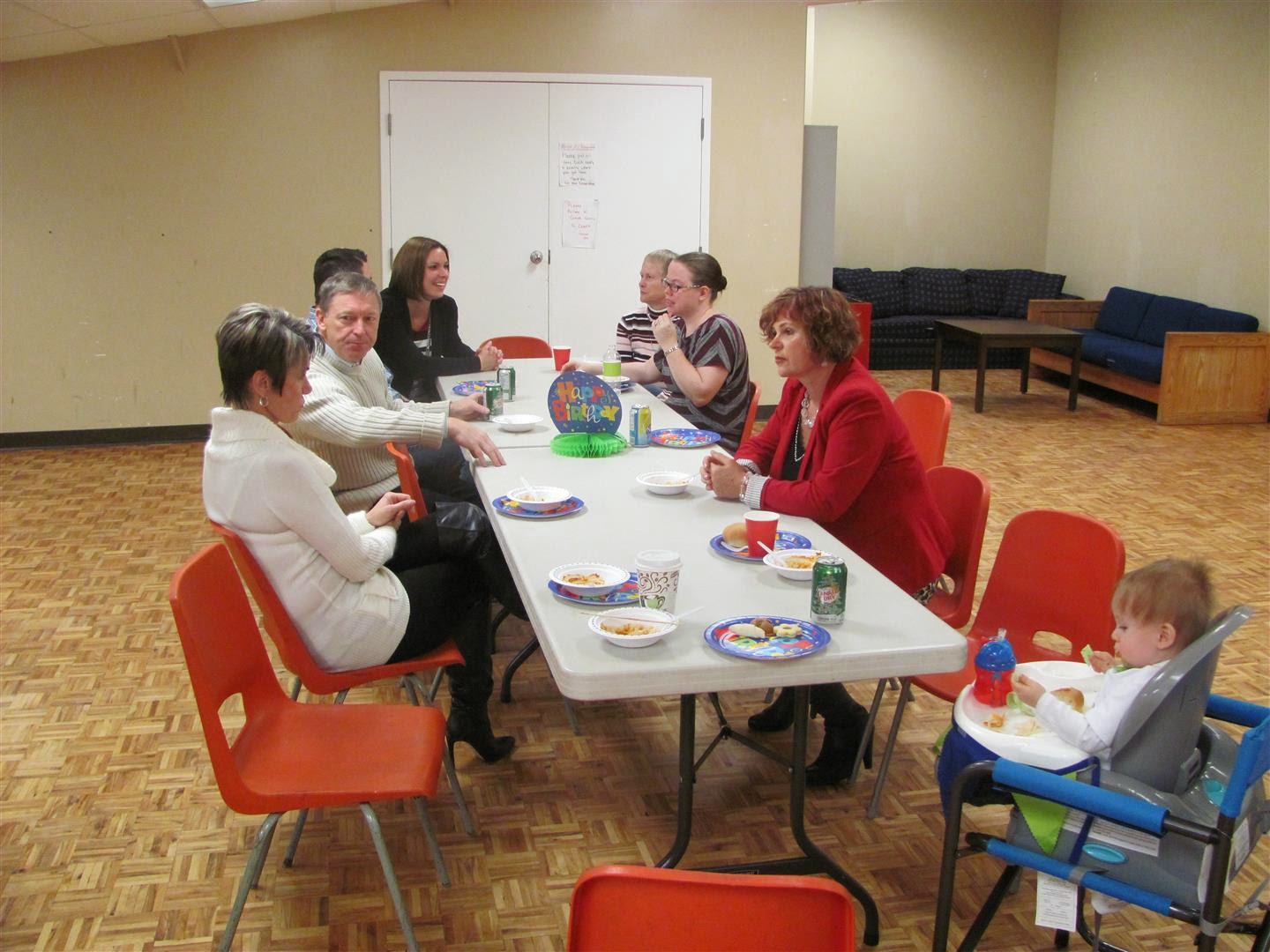 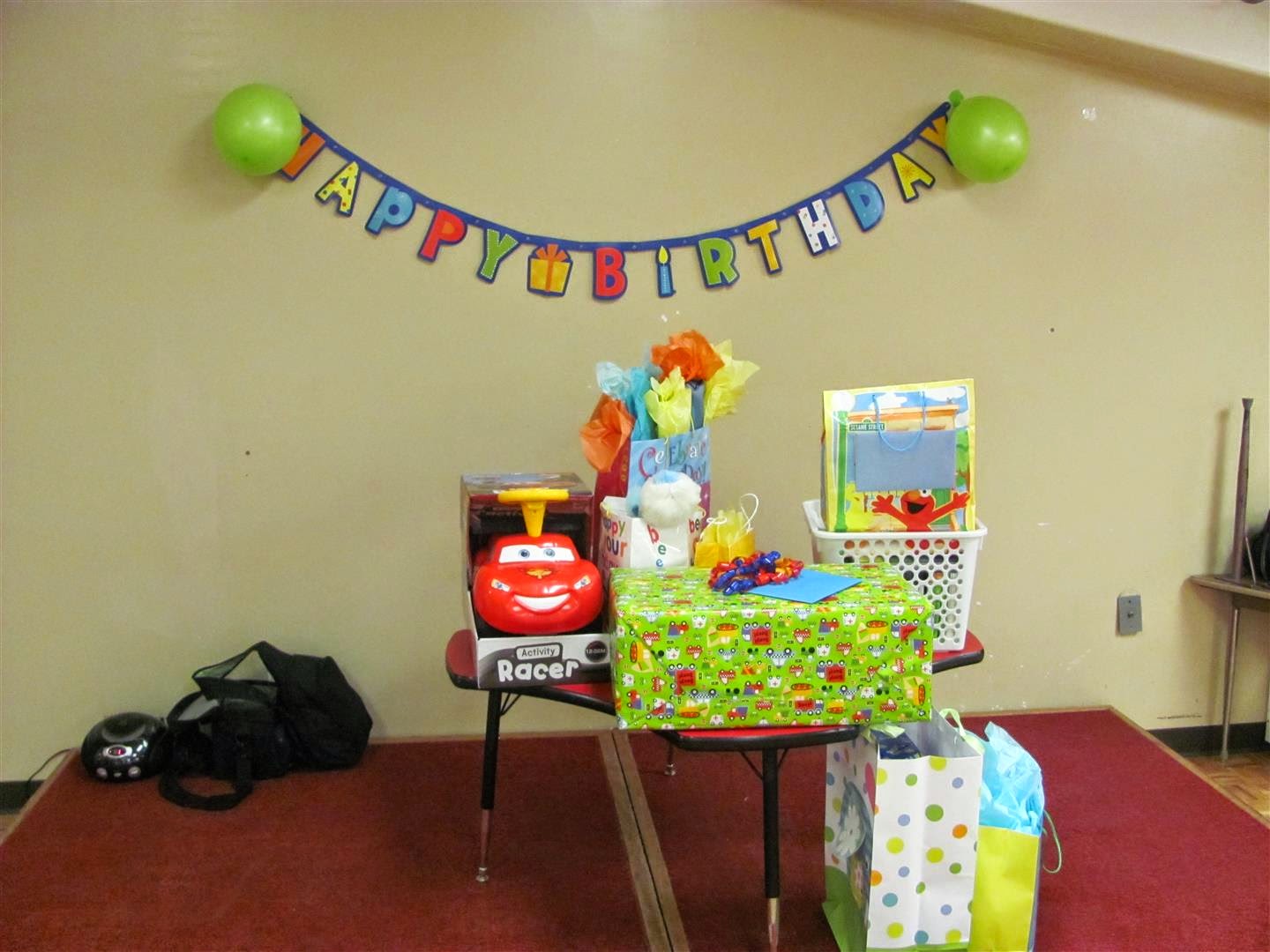 The gift table runneth over 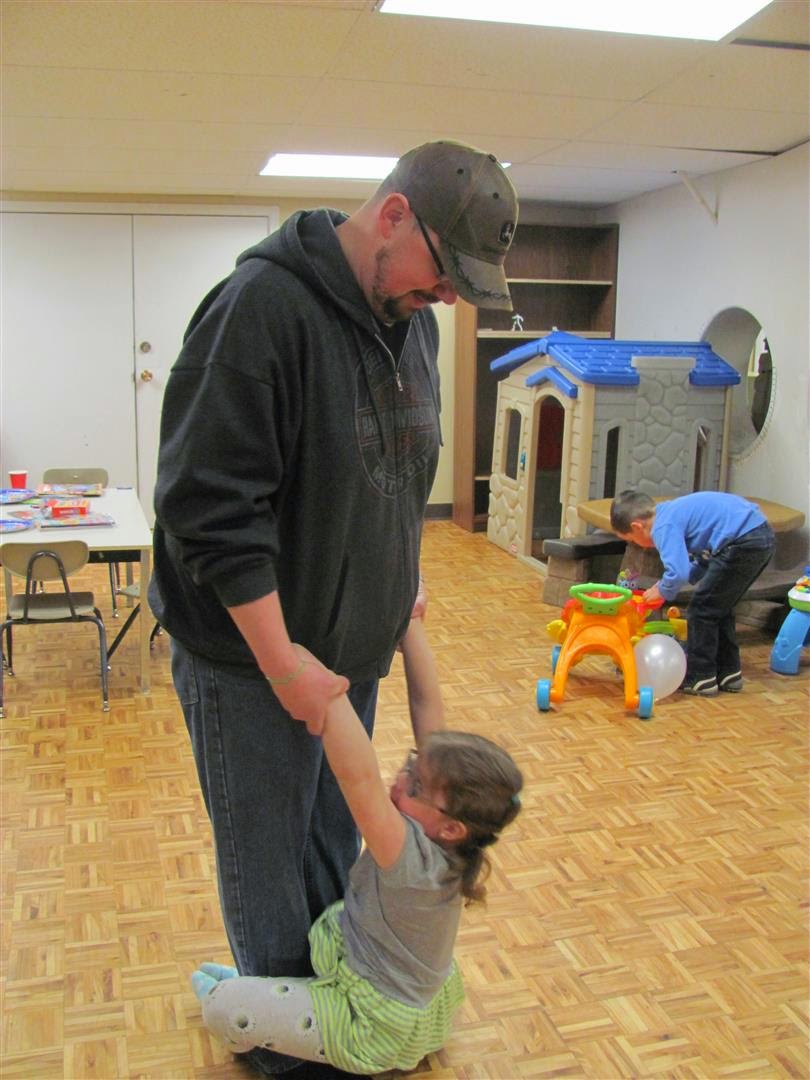 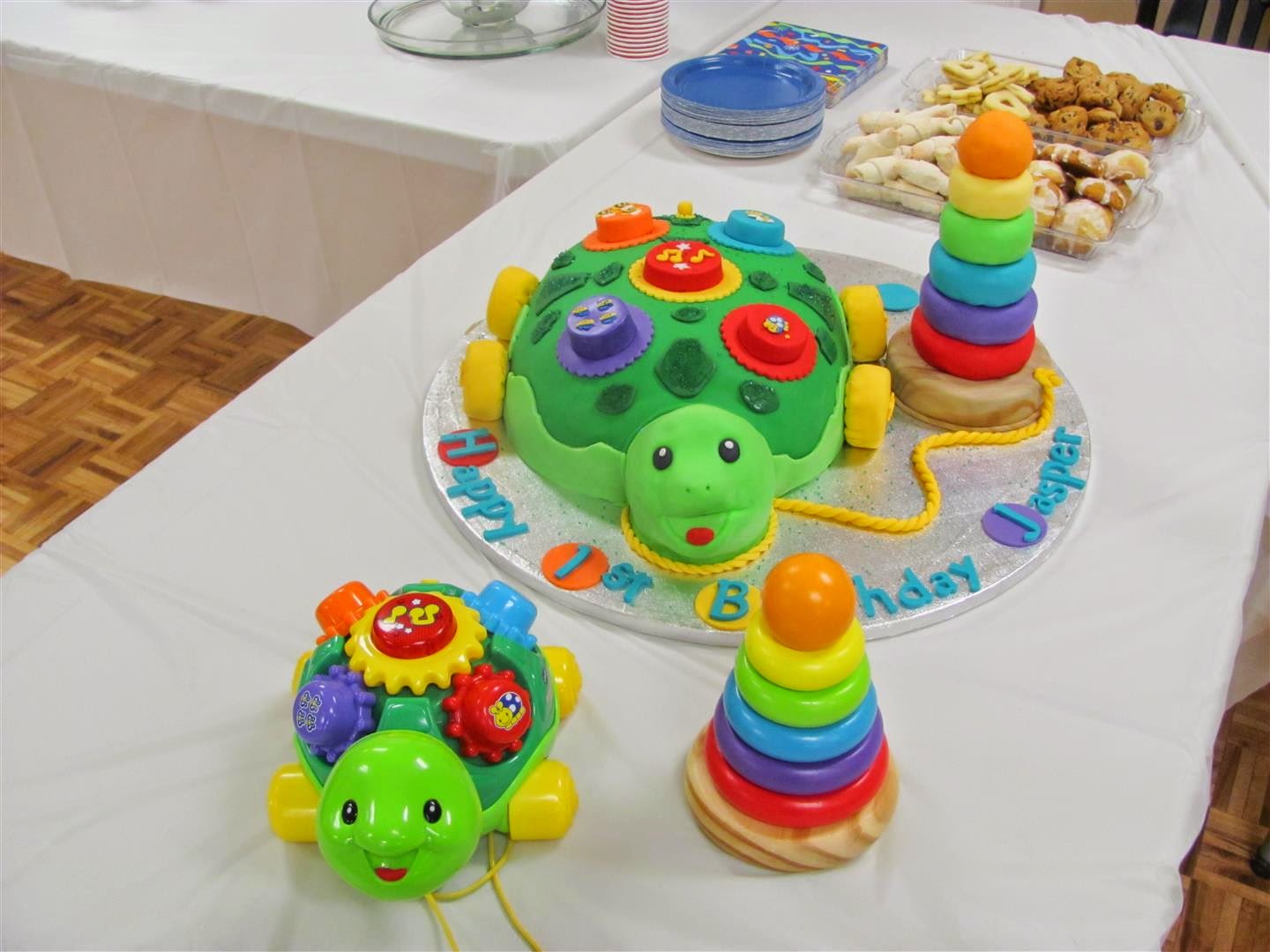 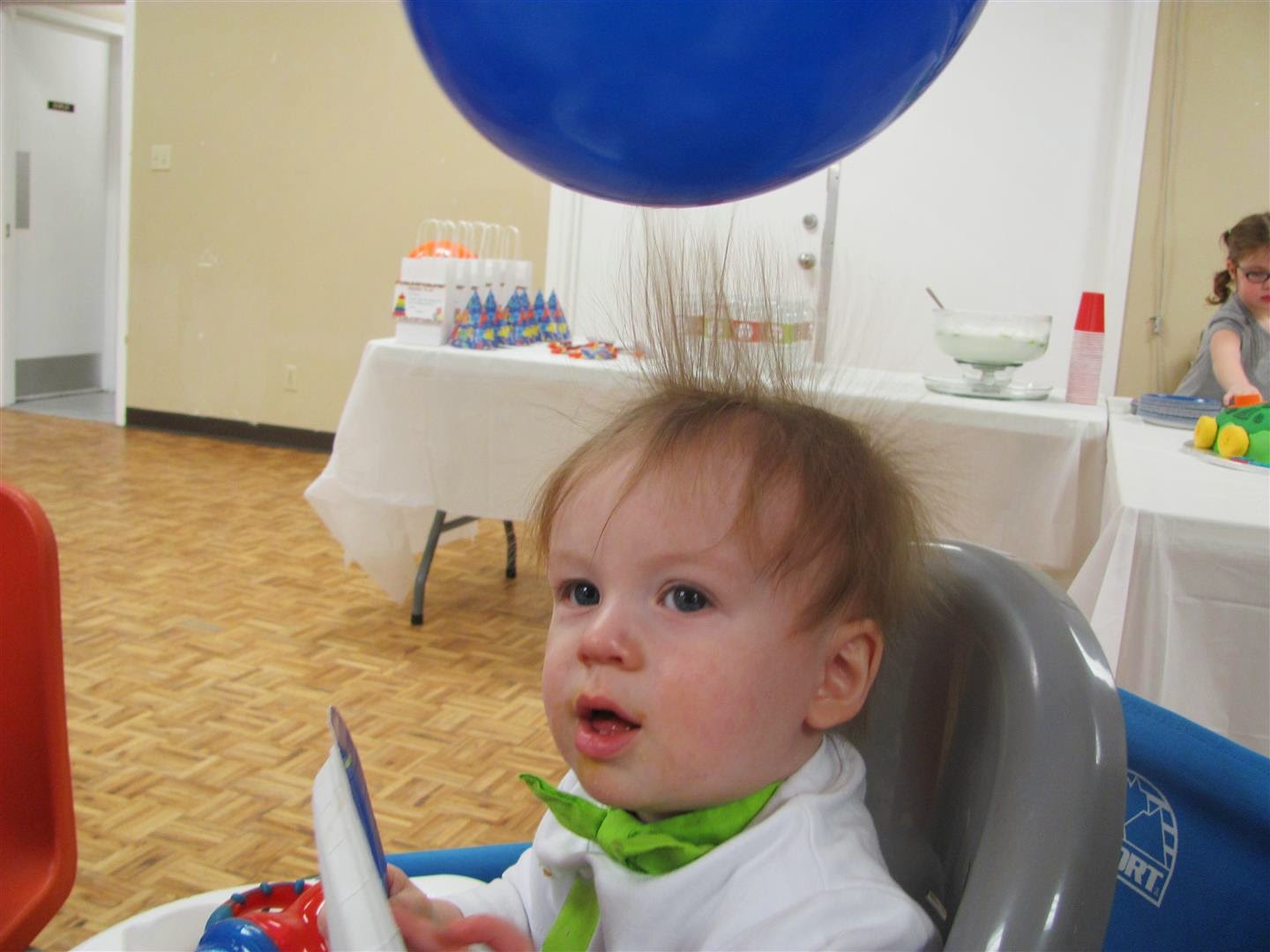 Jasper is happy as usual 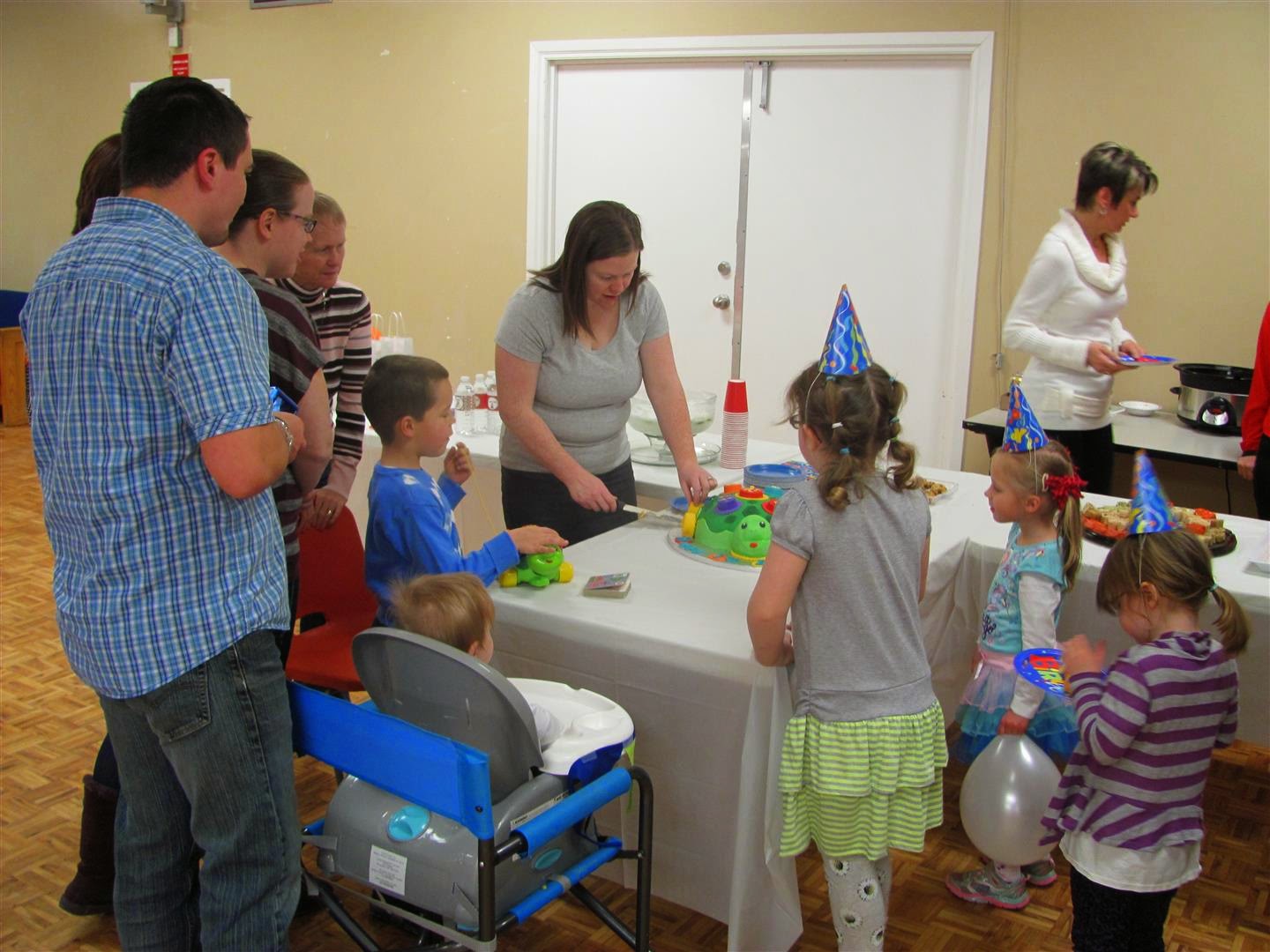 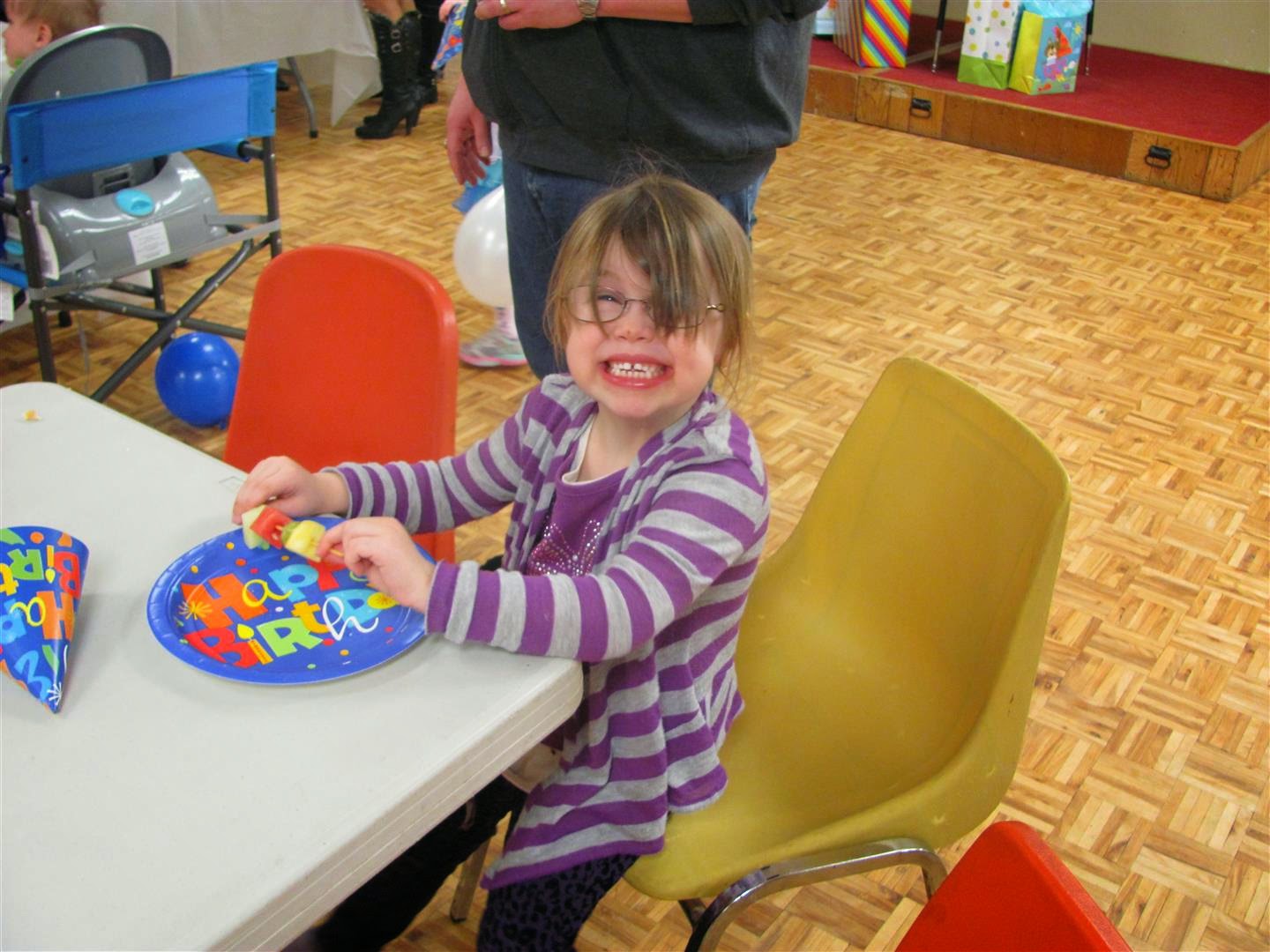 Robyn needs to work on her camera face 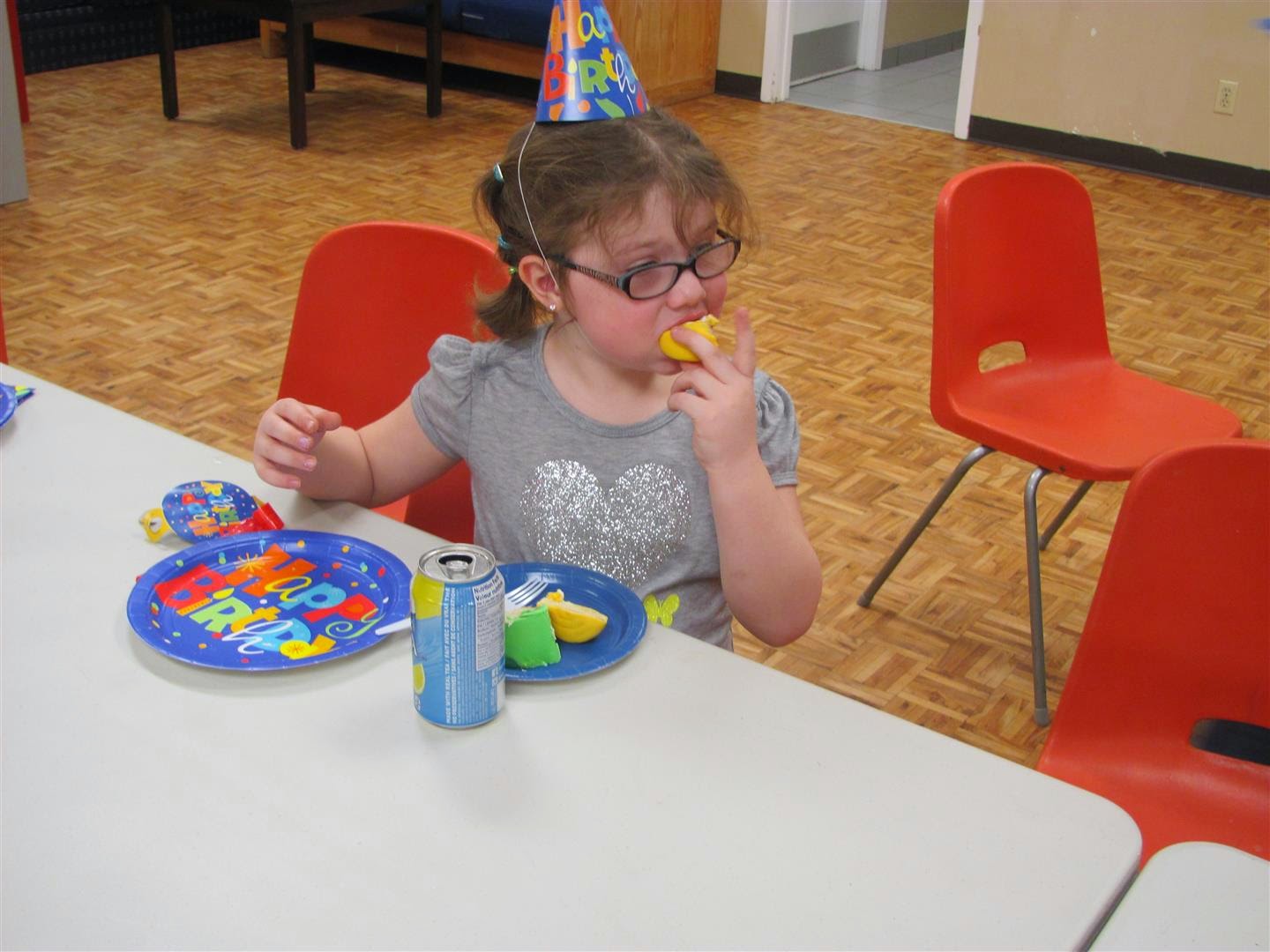 Jolene was in eating mode 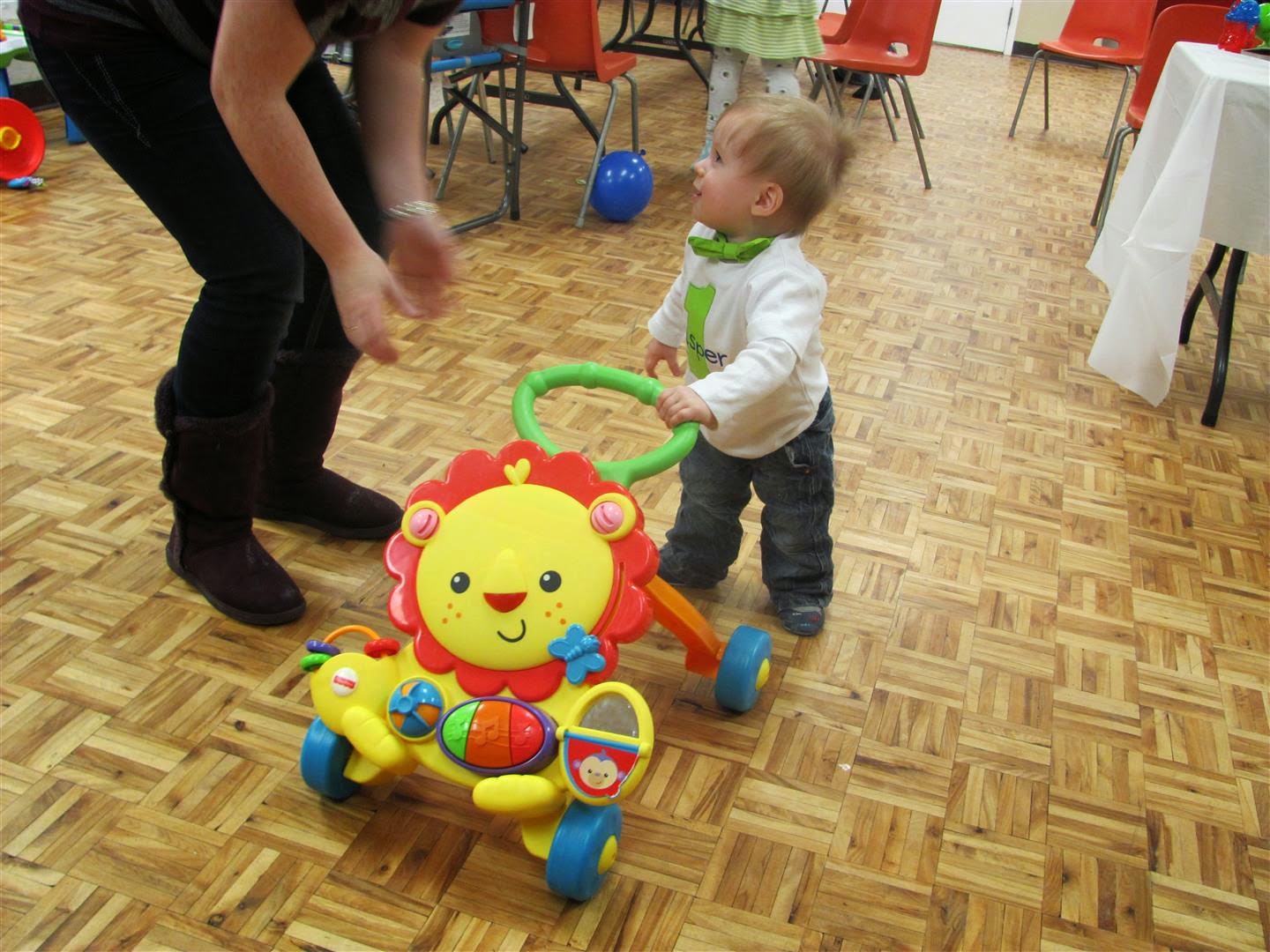 Soon he won't need the lion 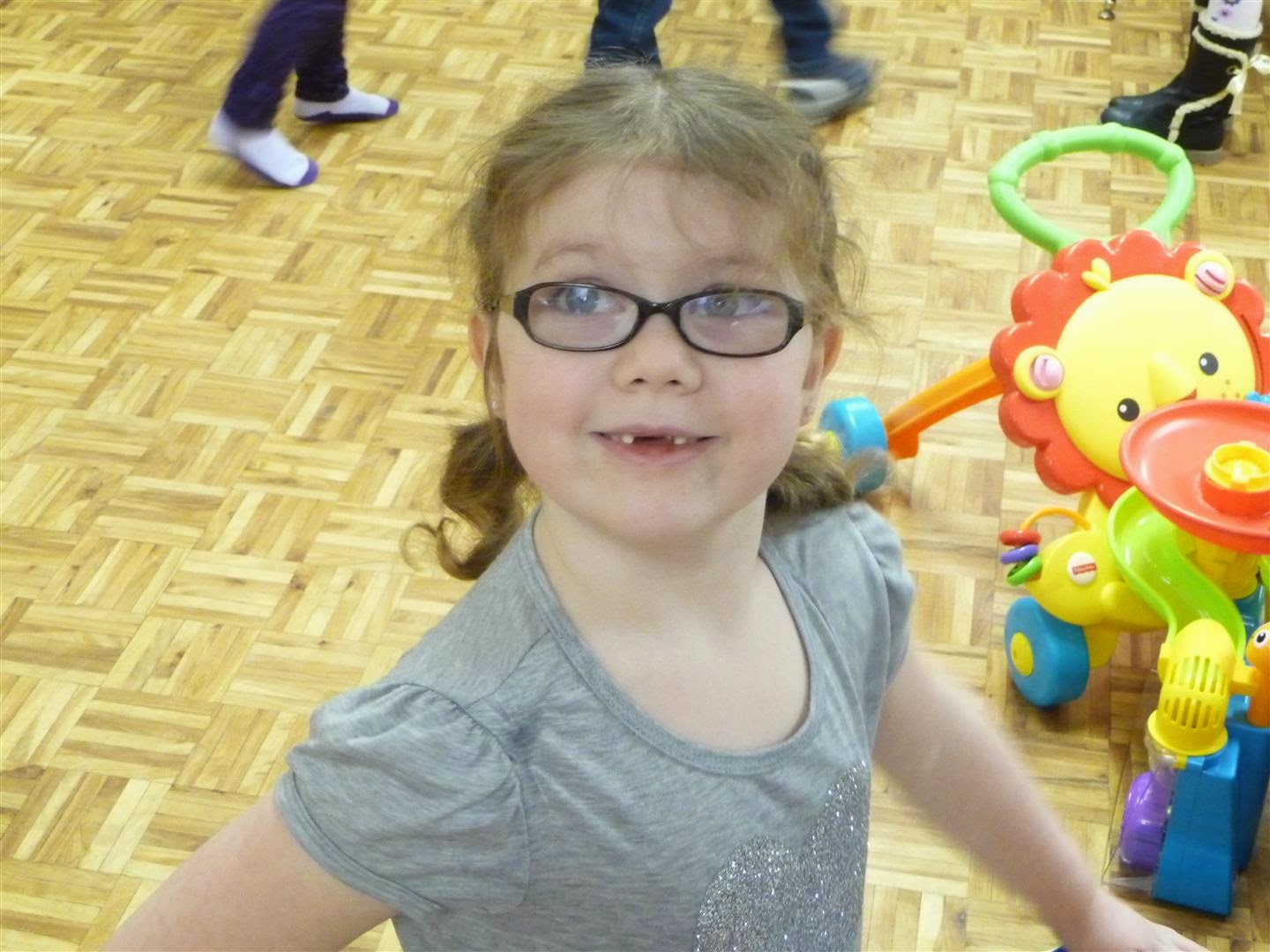 Dentally challenged in the short term

As the party wound down,we stowed the tables and chairs away where we found them and generally rendered the hall back to the same condition we found it. There were too many gifts to all fit in Tom and Heather's Caravan, so we loaded the overflow in the Avalanche and followed them back to Woodstock.

At the Flying J in Ayr, I fueled the truck at some very slow pumps. I scraped the salt build-up off the windows and headlights as well. It was a thick layer in some places. Then we visited in Woodstock for a while before heading back to our hotel in Cambridge about 7:15. The roads were now wet and the moisture in the air soaked up the headlight beams, but we made it without incident.

Once again, without the computer, it was an early night. I read some more on the Kindle but it was lights out before I got too far.
Posted by Jim "Skid" Robinson on 3/01/2015 No comments: