I hope that everyone has had an amazing holiday season and is celebrating a very Merry Christmas.

This has been a busy season. As mentioned before, I joined other volunteers and police officers for the official Festive RIDE Kickoff on the 2nd. Then we had the Christmas celebrations:

On the 12th, I rang the bell for the Salvation Army at Costco for a couple of hours on behalf of the OPPVA and then attended an awards ceremony at Civic Square where the Freedom Riders got 3rd Place Non-profit for our entry in the Santa Claus Parade.

On the 13th, 14th and 21st I drove for Operation Red Nose, driving people and their vehicles home after they had been drinking. This was a combined effort of Action Sudbury, OSAID (Ontario Students Against Impaired Driving) and the Freedom Riders.

On the 18th, some of us attended the Charity Bingo, and annual event at Boardwalk Gaming. Won nothing. Then on the 19th, I attended the open house at the constituency office of MPP France Gelinas were we jointly handed out Red Ribbons and Action Sudbury promotional materials while wishing everyone Merry Christmas.

On the 23rd, I worked with MCTV to develop a Public Service Announcement for Action Sudbury that would air on New Years Eve.

And here it is, Christmas Day. The month has flown by. I've now run the snowblower four times, more than I have all season for the last three years. I can only hope that the rest of the winter flies by as quickly.

So again, Merry Christmas to all of you. 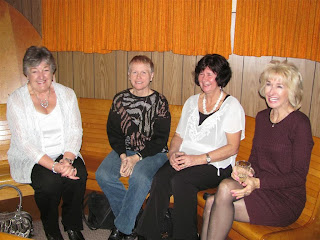 Sandy and other OPPVA ladies 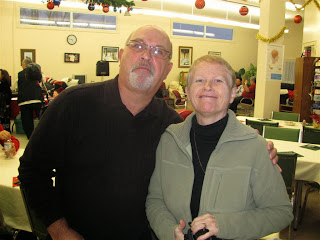 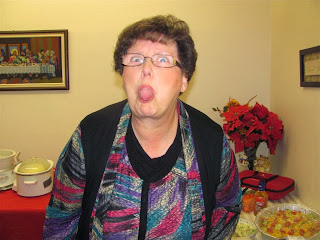 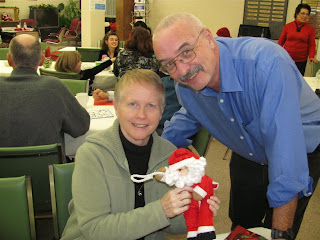 A rare picture of us together 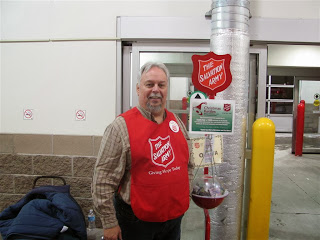 Carl relieving me at the Costco kettle 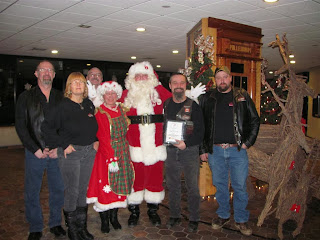