November has been busy so far despite the fact that we haven't gone anywhere yet. Halloween brought our first serious snow storm. Then it melted. Then we got another dump. And it melted. And again and still again it melted. Three days ago, we got our fourth fall of heavy, wet snow. I went out and bought a new snowblower, a Cub Cadet 26" three-stage HD model. The 13 HP engine handles both heavy, wet snow and the Northern Life newspaper with ease. 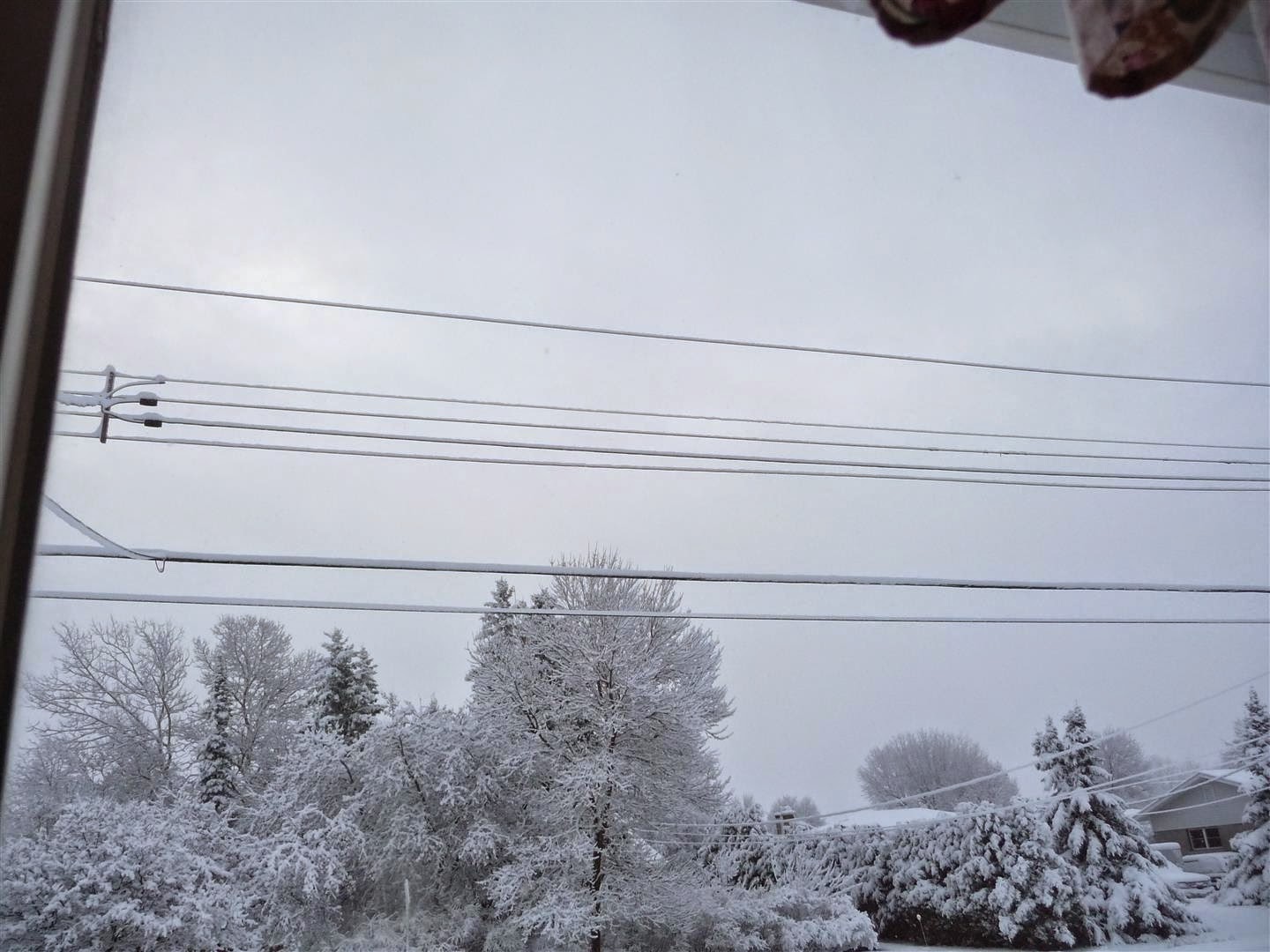 On the 20th and again yesterday, I volunteered a couple of hours to represent the OPP Veterans Association ringing the bell for the Salvation Army at the doors of Costco. Our chapter covers two days for this worthwhile purpose. My Deist views don't square with the religious bent of the Sally Ann but I respect the work they do and consider this time well spent. 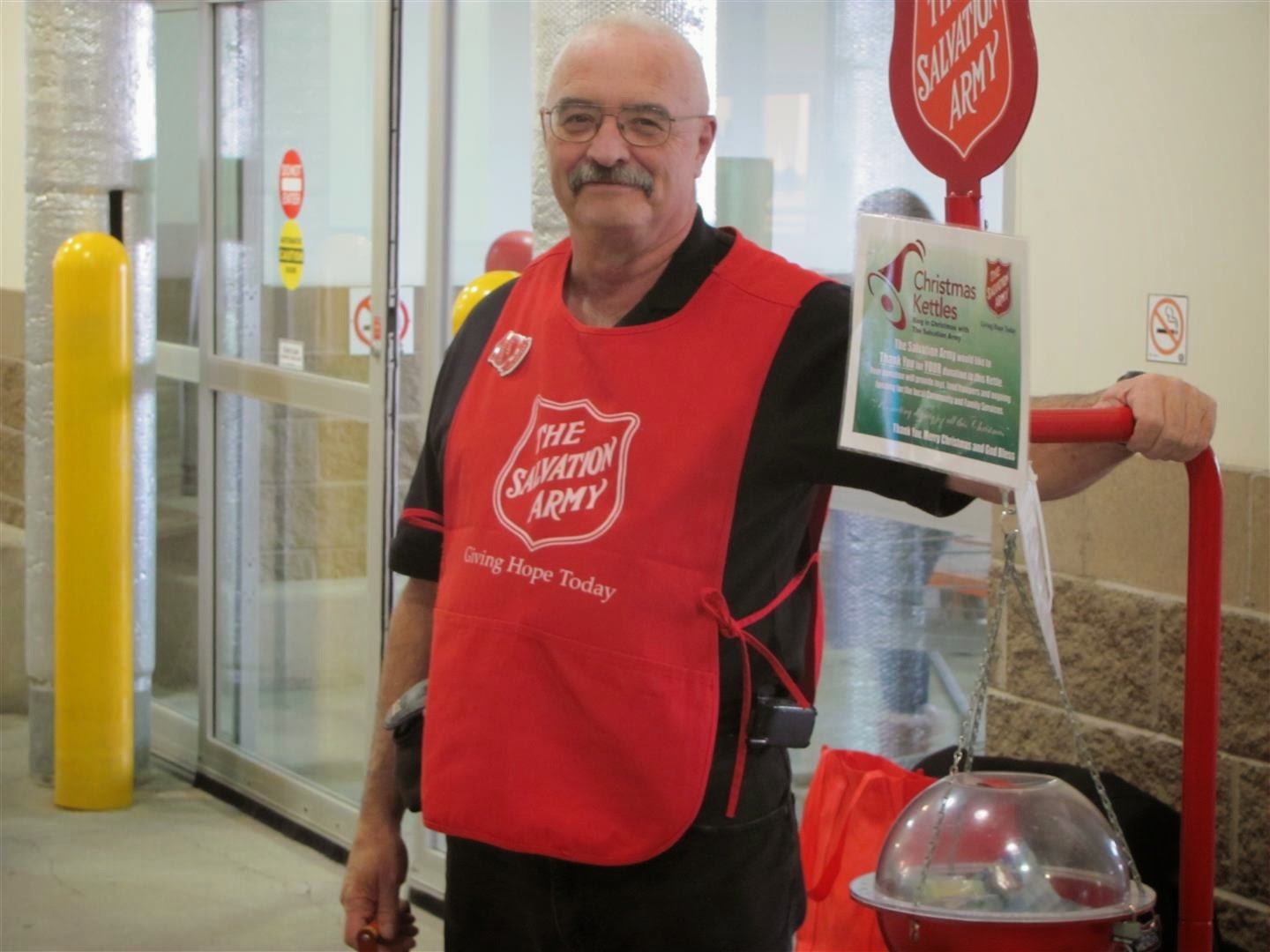 On the 22nd, the local Snowmobile Trail Officer Patrol unit volunteered once again to assist with security and crowd control for the Sudbury Santa Claus Parade. As an alumnus/retiree, I am usually pressed into service for this event. I spent the duration of the parade keeping kids off the streets at the corner of Elgin and Durham Streets along with two volunteers from our Citizens On Patrol program. At least, nobody was sitting on the curbs thanks to wet snowfall number three.

After the parade, the team adjourned to The Doghouse for wings and beer (Diet Coke in my case).

The Freedom Riders also had a float in the parade. It was a very good float if I do say so myself. 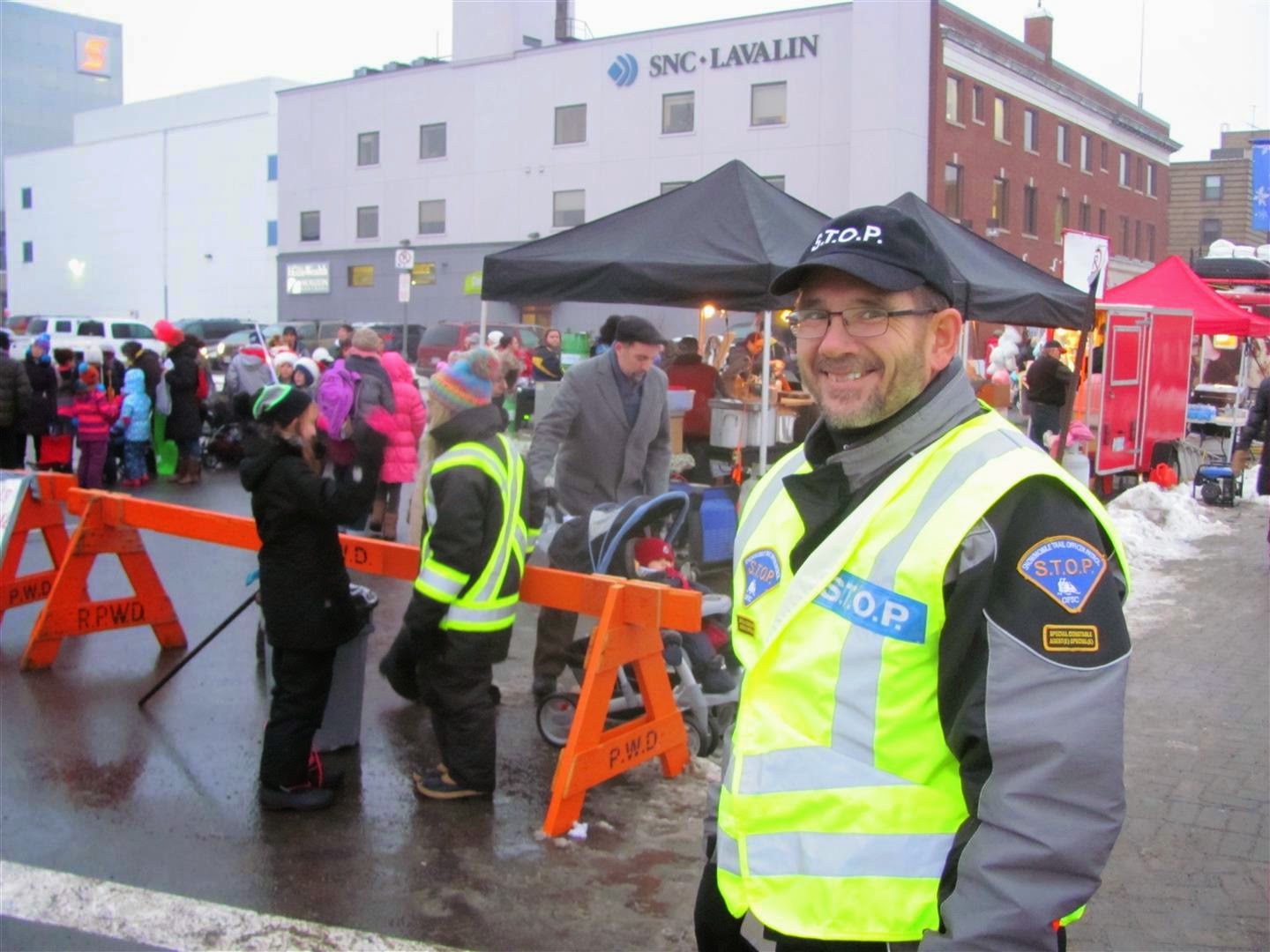 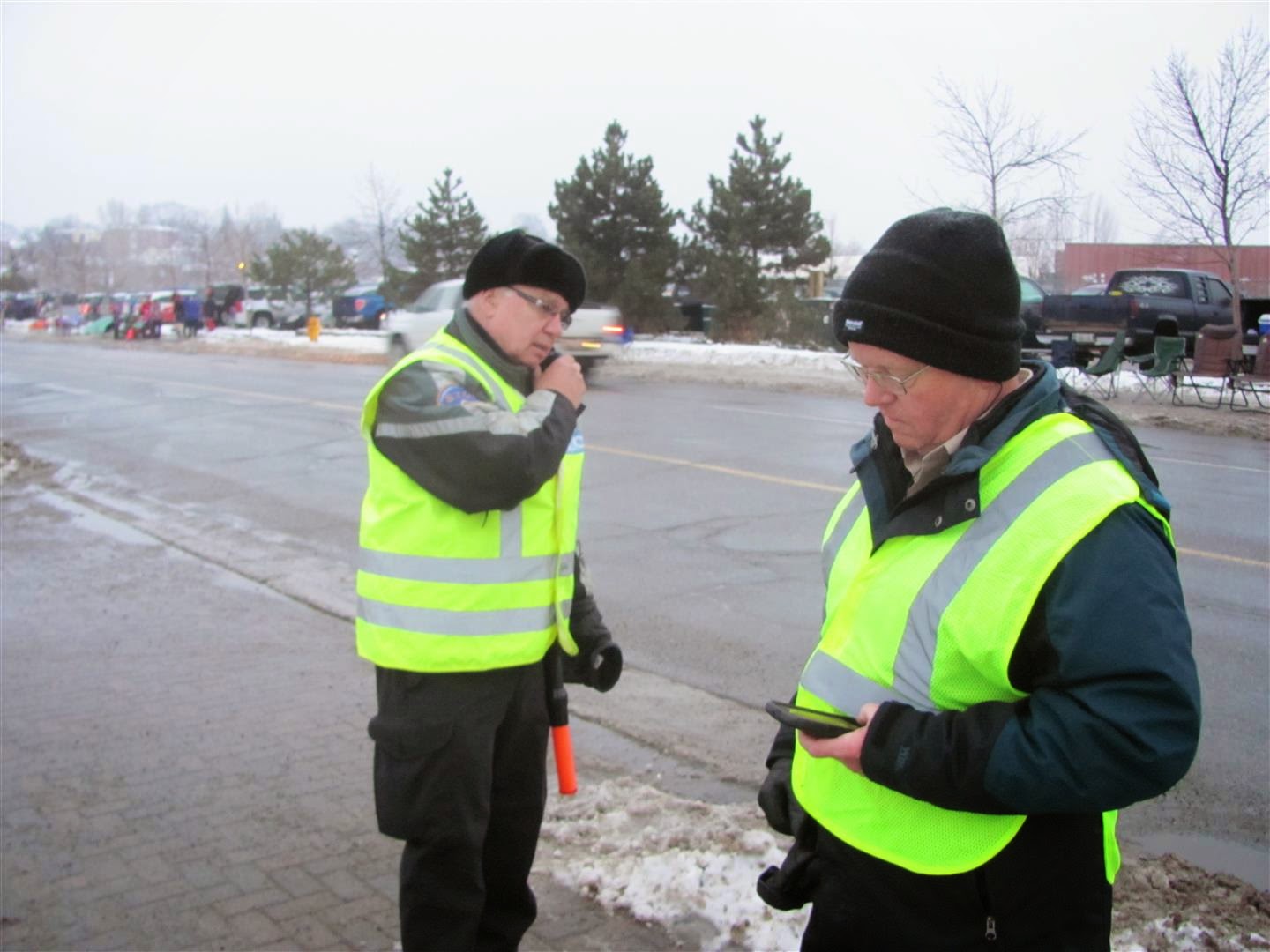 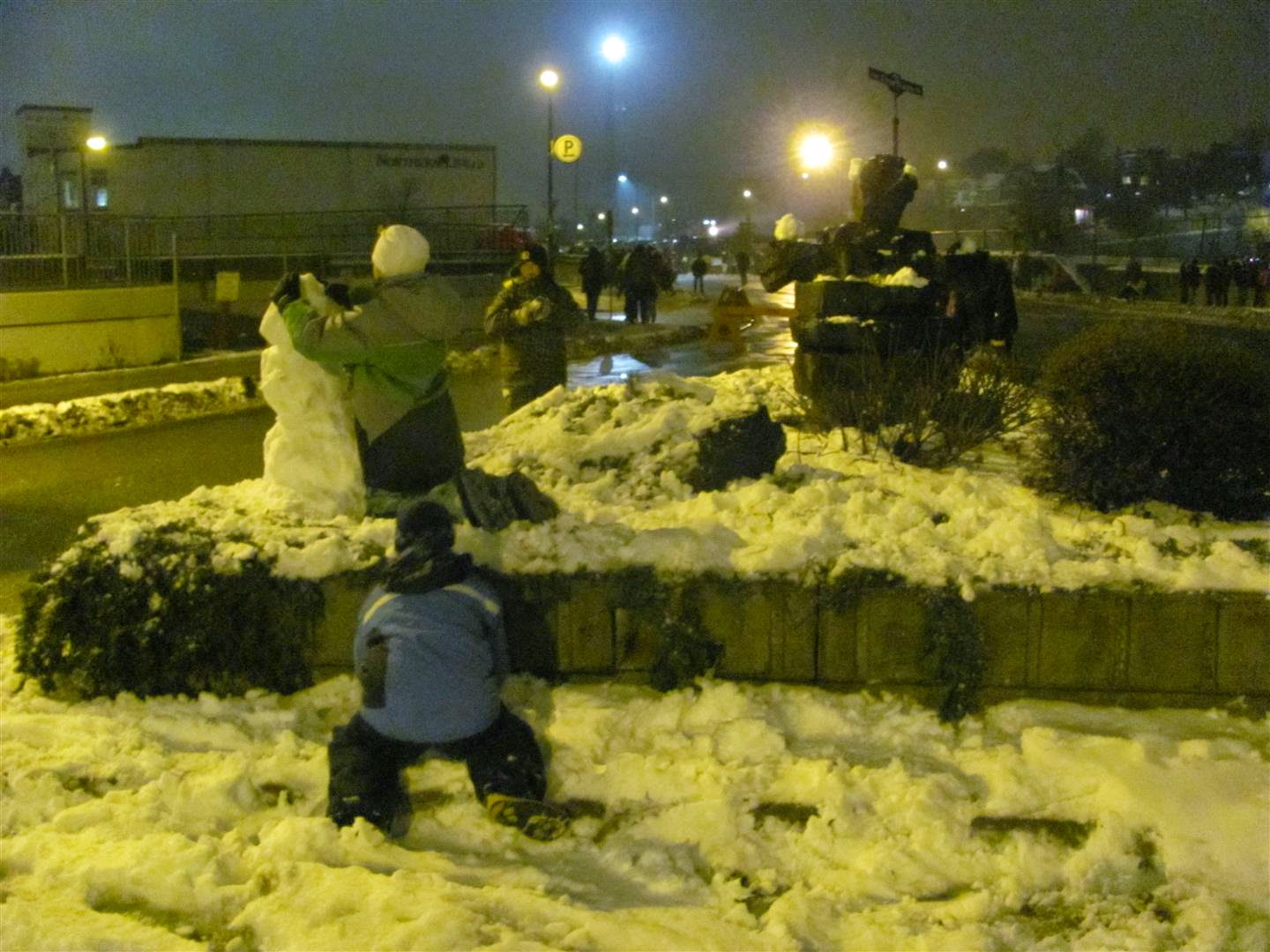 Kids building a snowman by the Inukshuk

This morning, Action Sudbury - Citizens Against Impaired Driving kicked off its Annual Red Ribbon Campaign at the Travelodge to promote safe and sober driving through the holiday season. We had to set up early today since the hall had been in use last night.I learned that when you borrow a projector from Normie, make sure that all the cords are in the case before you pick it up. Luckily, the hotel IT folks loaned us what we needed to get by. 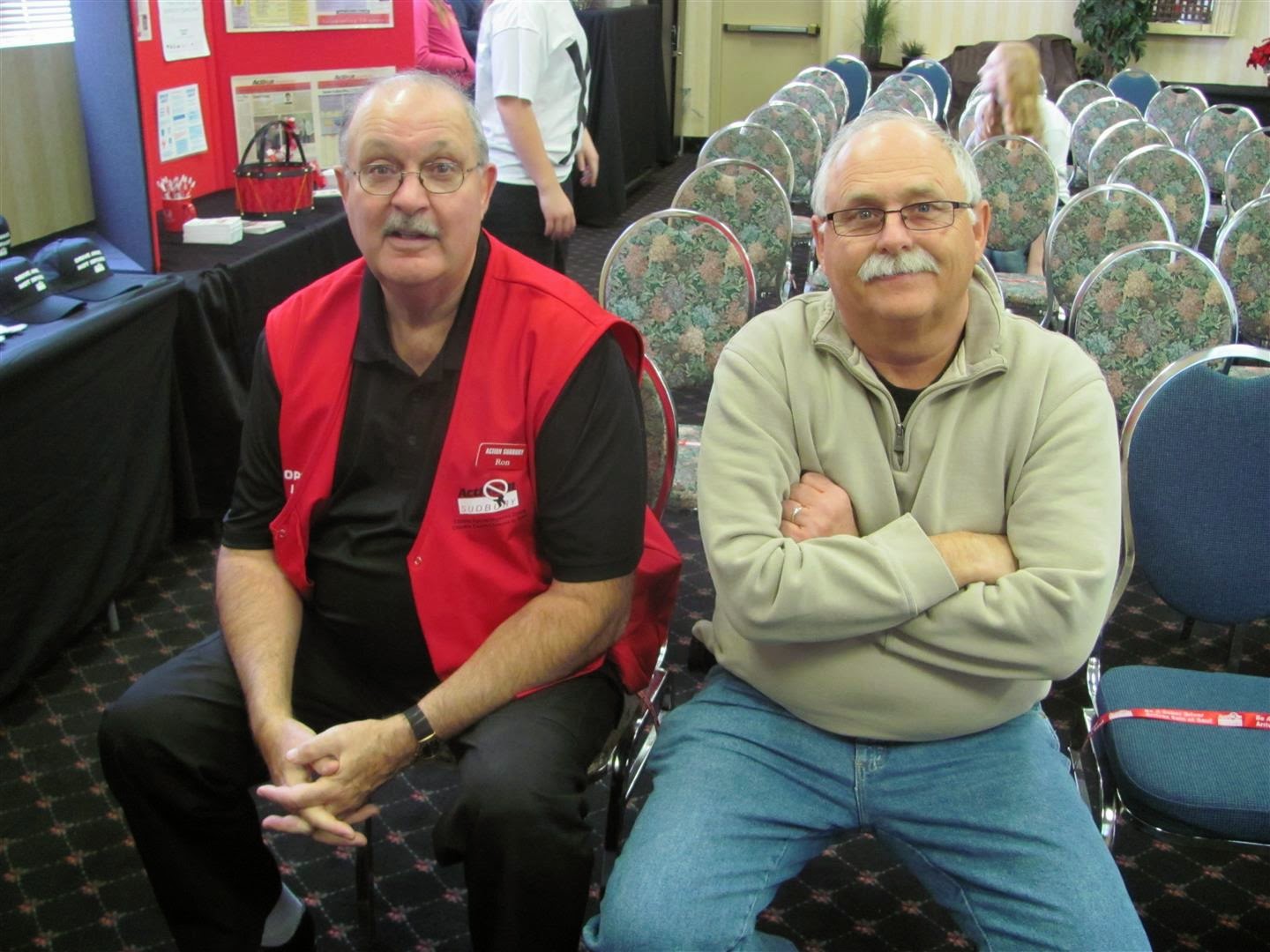 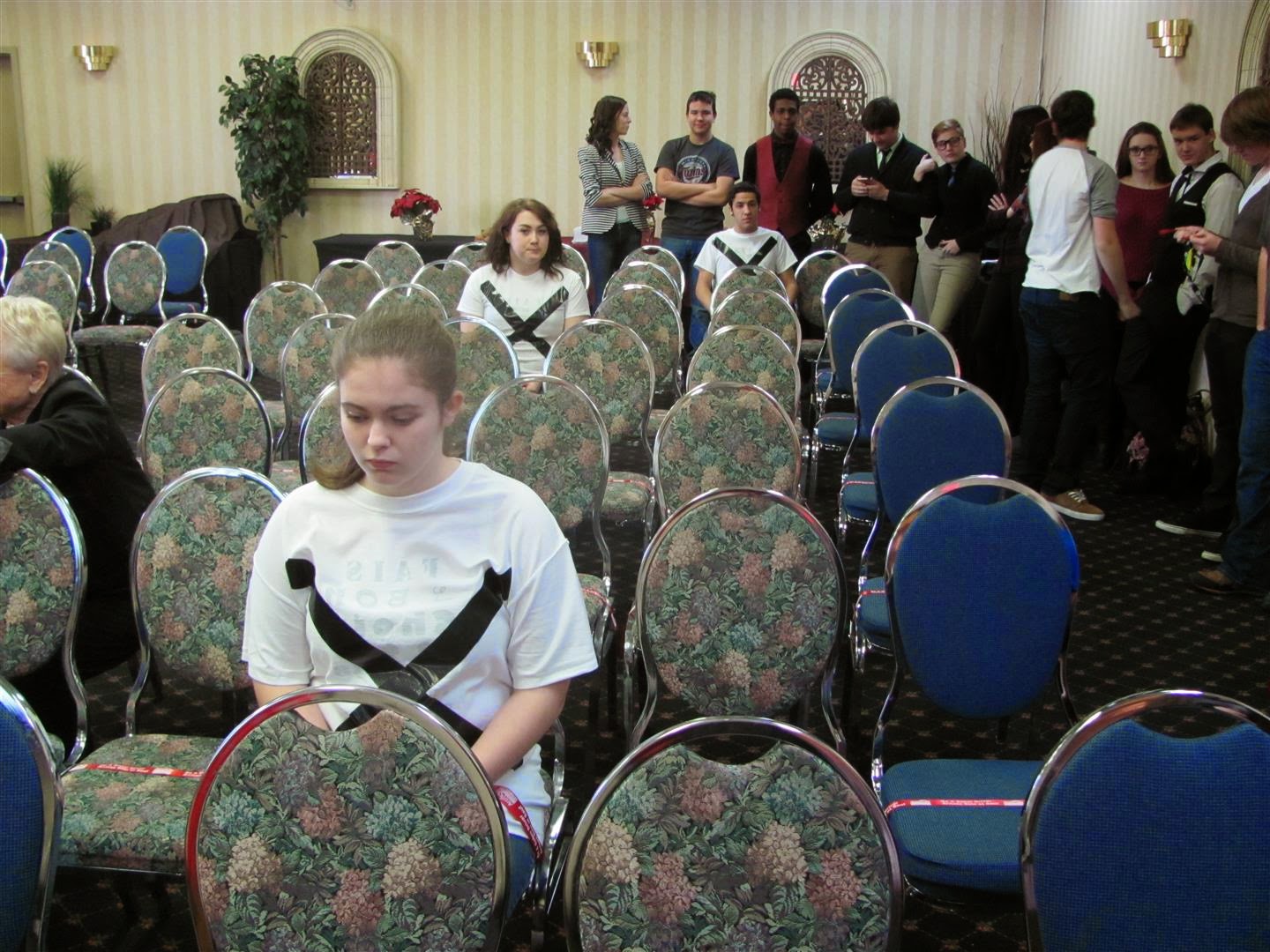 These kids just sat there 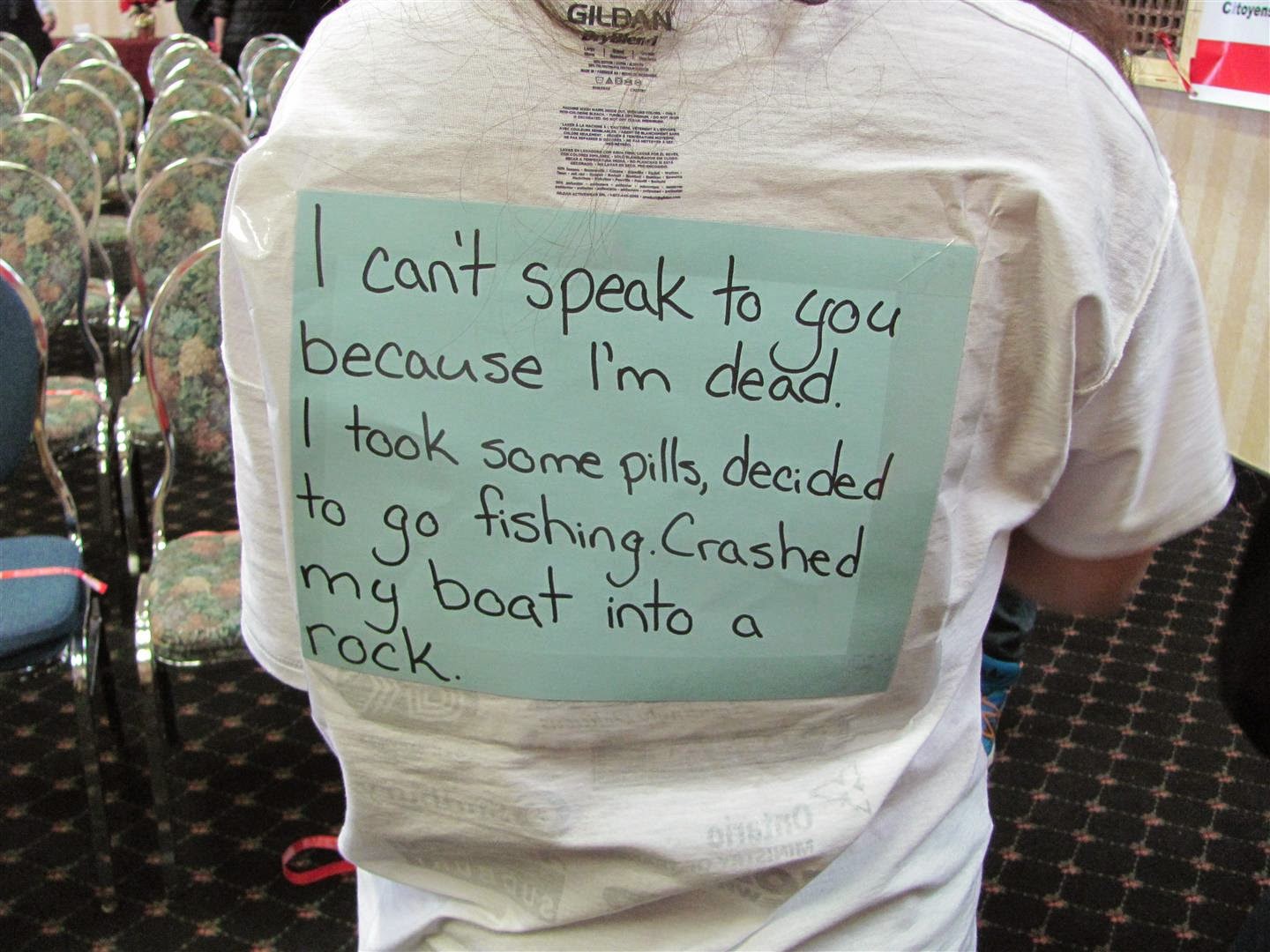 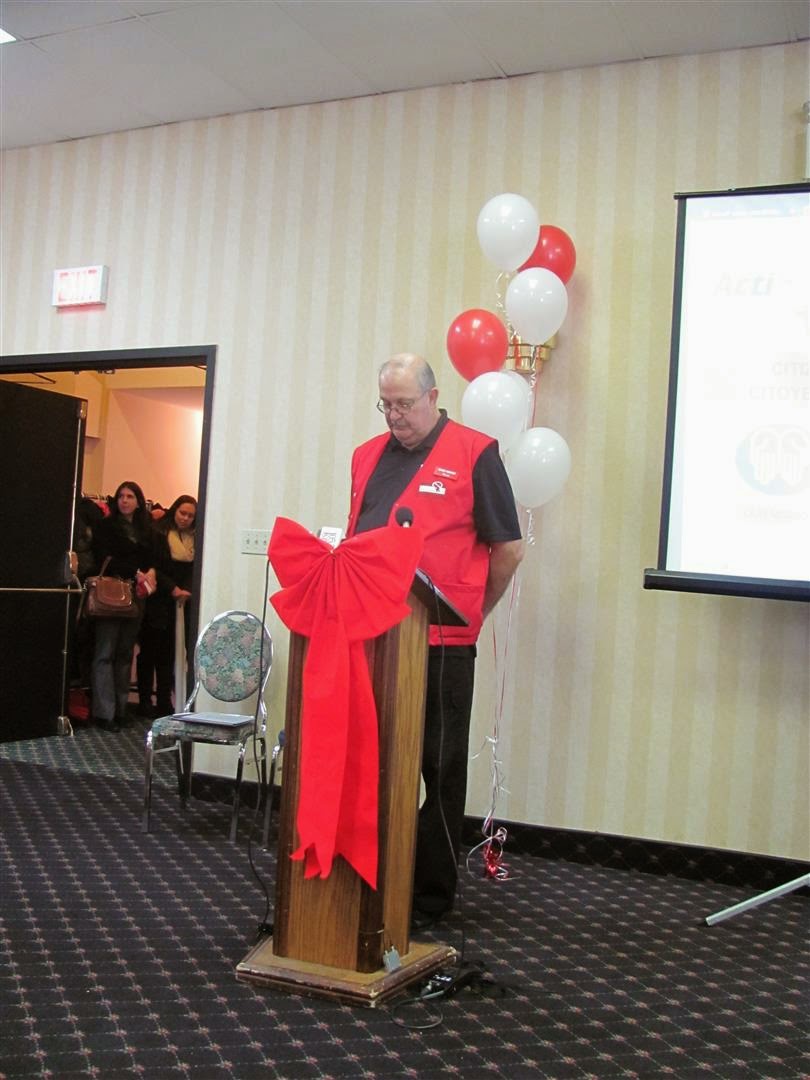 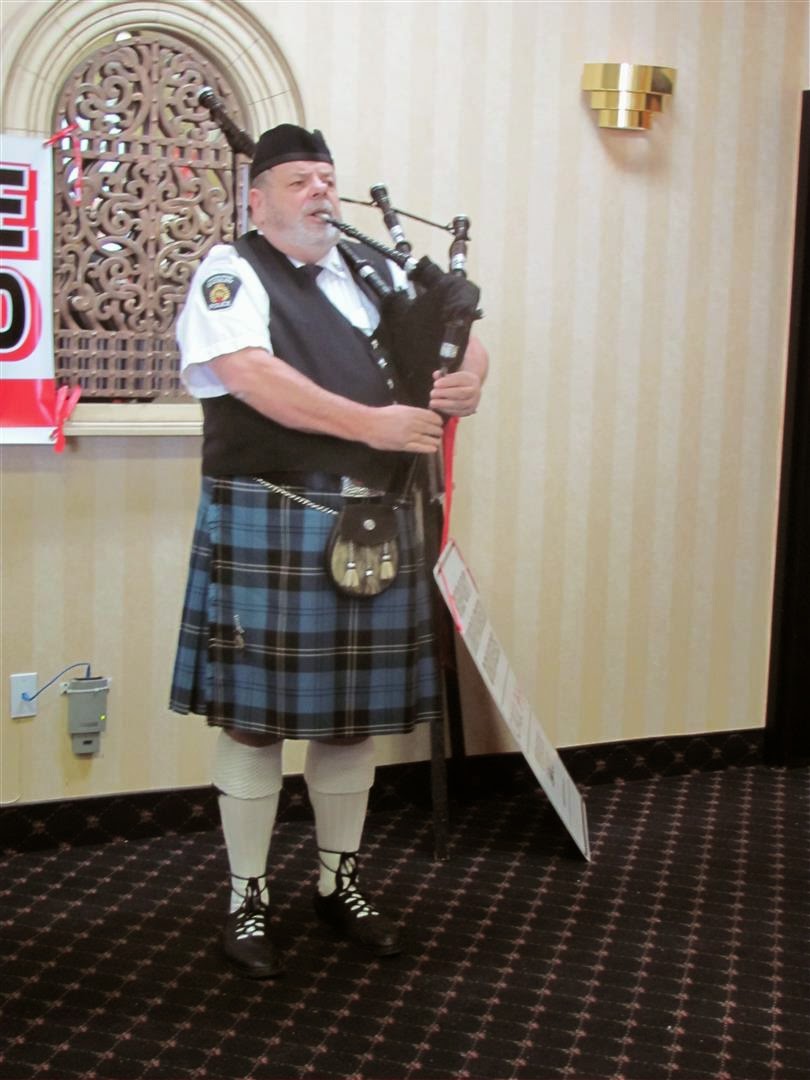 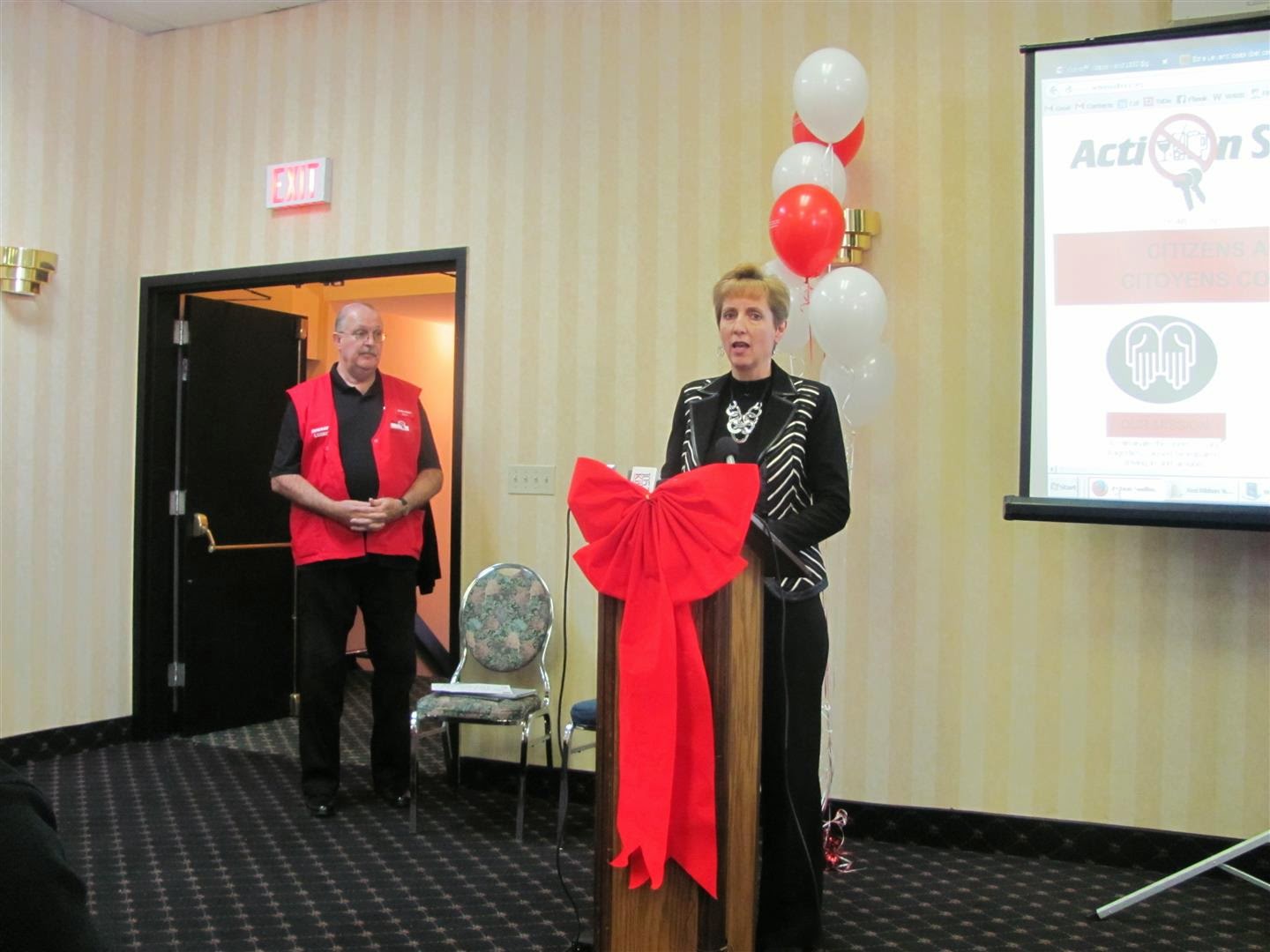 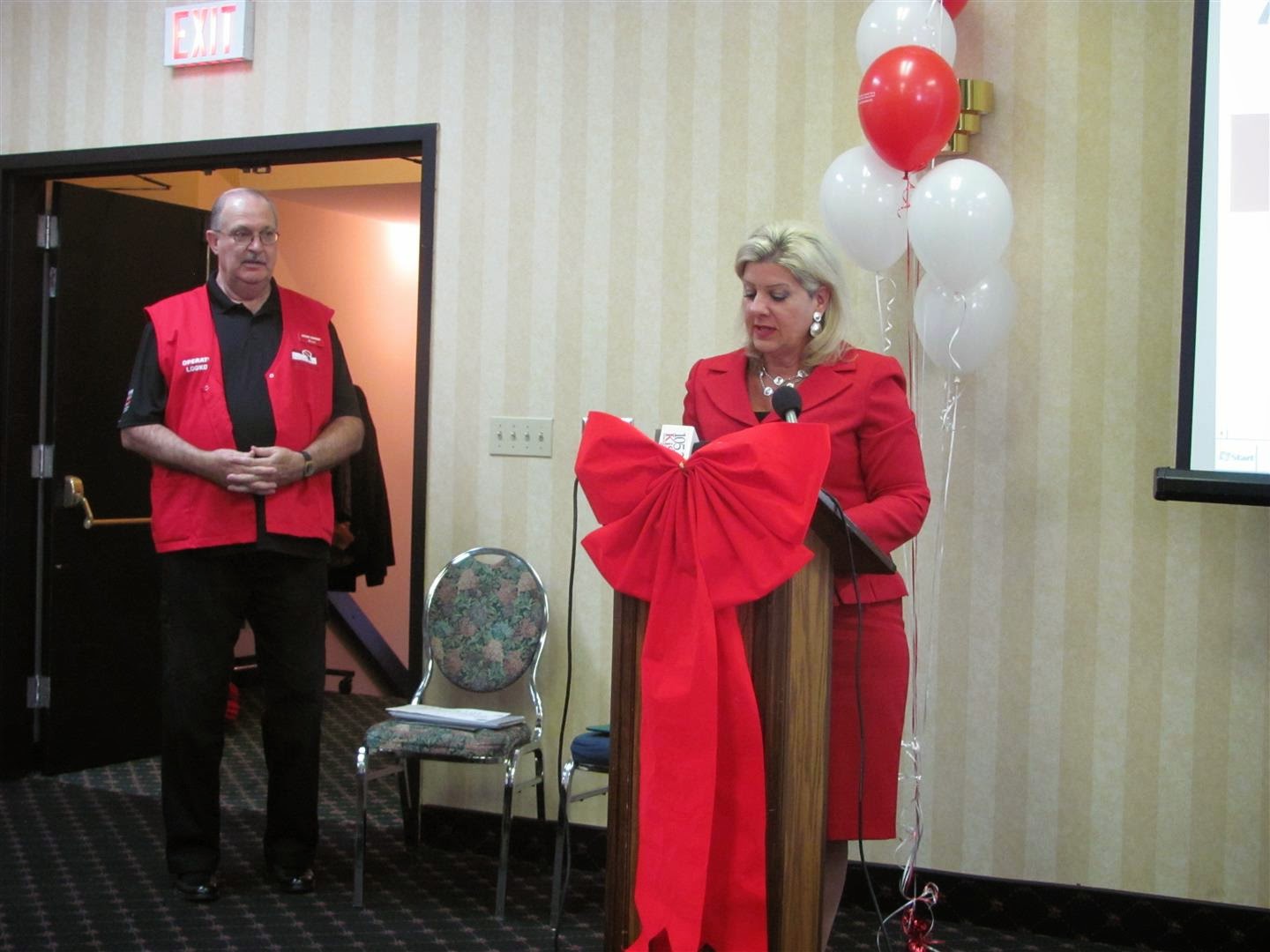 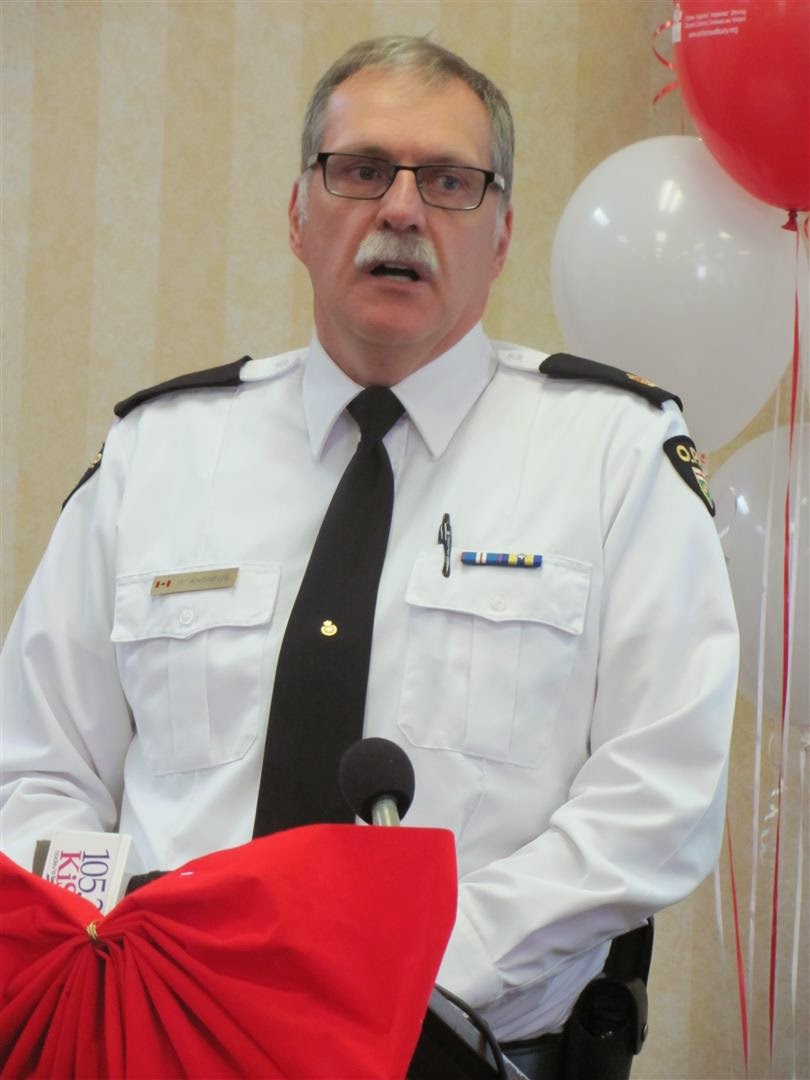 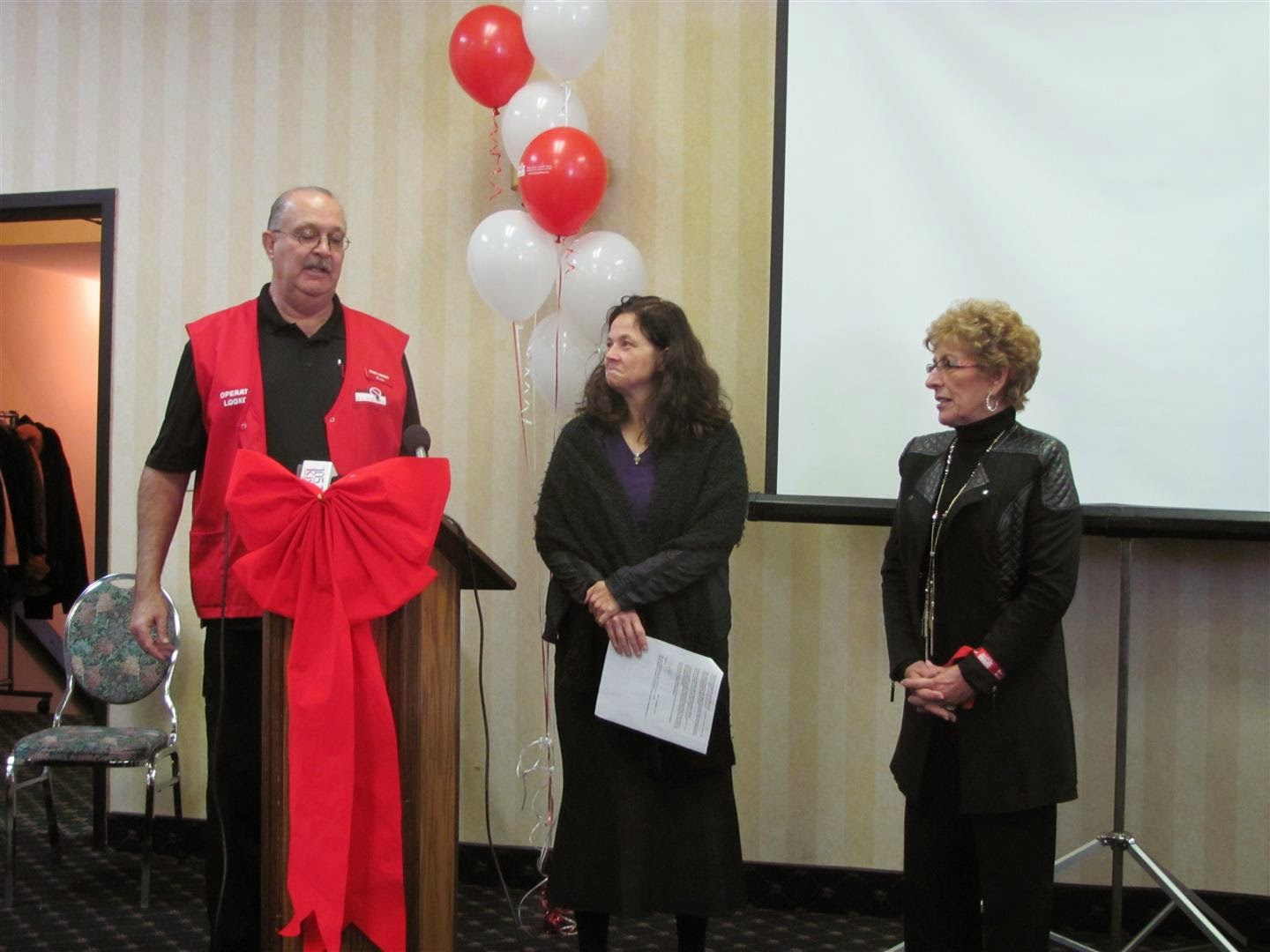 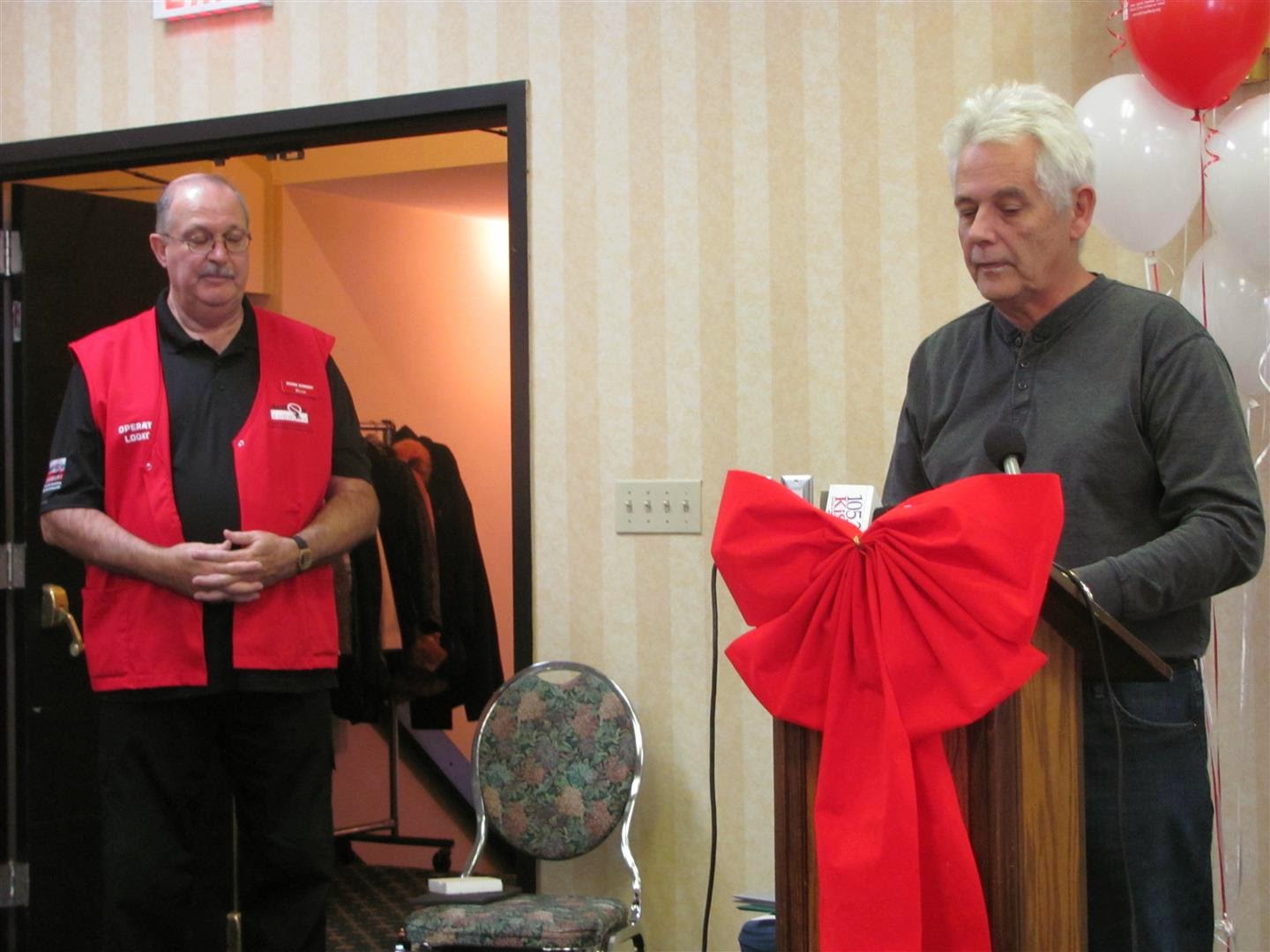 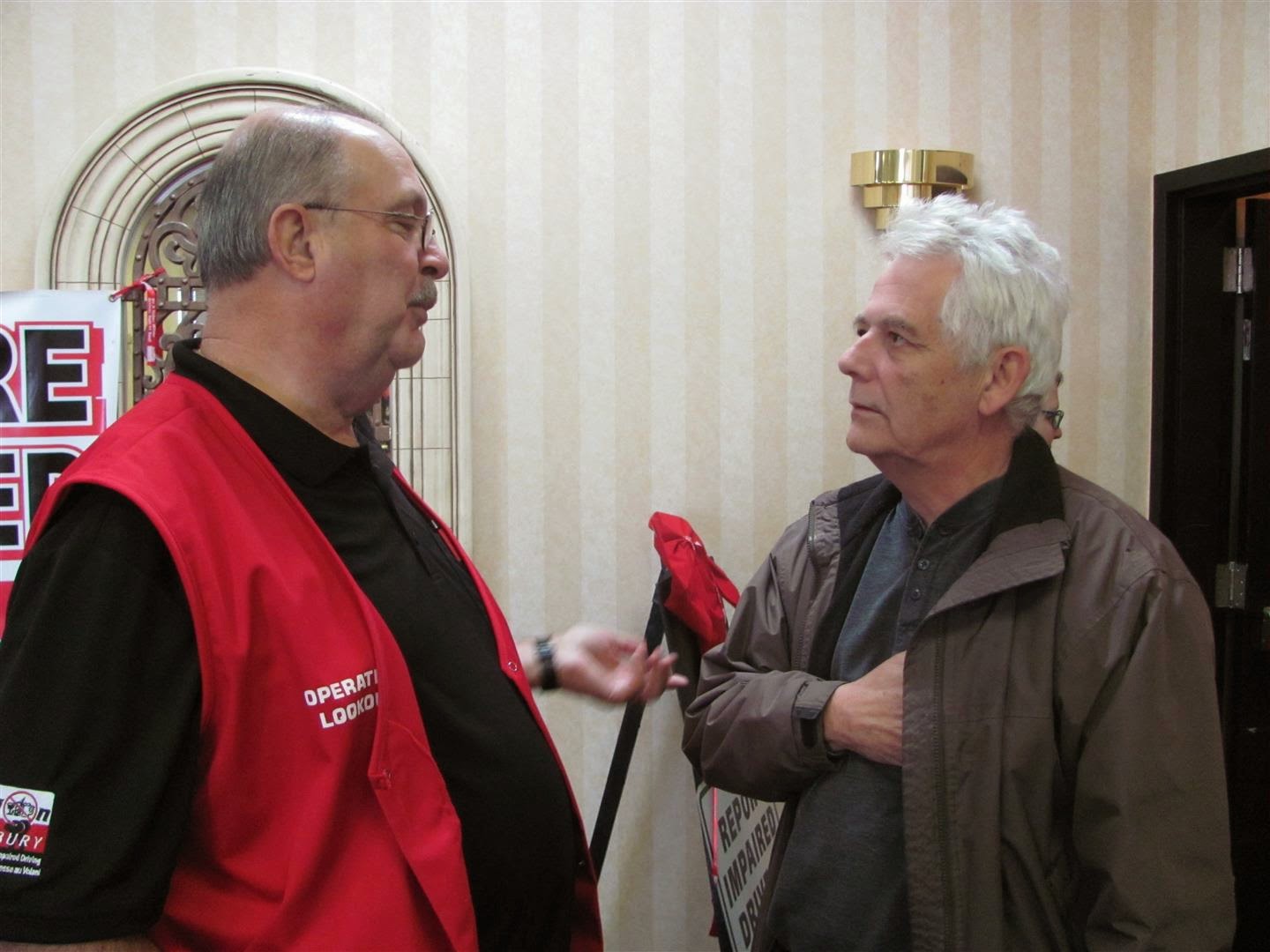 Ron and Norm - two leaders in the fight against impaired driving

The kickoff went well. After it was done, Ron and I delivered the displays back to the Action Sudbury storage locker in the Sudbury Trail Plan offices in Garson. Norm L. and Dave D. delivered Red Ribbon Coin Boxes to the Post Offices through the City of Greater Sudbury. The City is so large that the shortest route I can find for this task is 120 miles. I will be picking them up in the New Year when Ron is in South Carolina and Norm is in Arizona.

One additional task got added to my plate this month. As I have for the last two years, I coordinated a team effort to support Operation Red Nose here. This program fields teams of volunteers throughout the city to get people and their vehicles home from their social engagements if they feel they shouldn't be driving. My efforts coordinate participation by volunteers from Action Sudbury, The Impact 6/21 Foundation and the Freedom Riders for two specific nights, the first being tomorrow. The new task is thanks to Lesli Green, founder and president of Operation Red Nose Sudbury, who lost her trainer and approached me about taking on the role. I sat with her and we worked out a syllabus to orientate new volunteers. I gave my first training session last night and will do another this evening.

Tomorrow, Sandy and I will head for Cambridge for the nominal joint birthday party for granddaughters Jolene and Robyn on Sunday. I will be towing our trailer with our old snowblower for son-in-law Mike, who bought it from me when I acquired the new cadet.
Posted by Jim "Skid" Robinson on 11/28/2014