The travel season was about over but I had one more thing on the bucket list for this year. Although I had lived in Sault Ste Marie, Ontario for three years before moving to Sudbury at the end of 1970 and had been visiting my mother and brother for almost fifty years since then, I had never taken the Agawa Canyon Tour Train operated by the Algoma Central Railway. The fall colour change was very popular so I had made the reservations back in June. Even then, all the weekend seats had been booked but that never bothers those of the retired persuasion.

It was a beautiful fall day as we drove the 180 miles to the Soo. The temperature was about 55 F under mostly sunny skies. Surprisingly, the colour changes on the trees was less than I would have expected for this date. 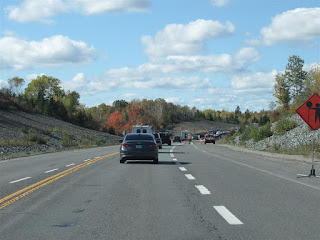 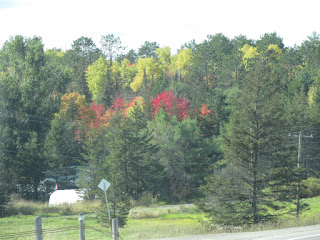 A small splash of colour... 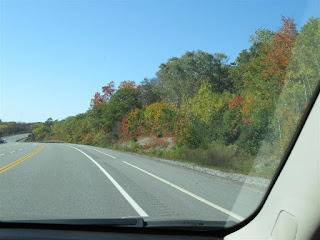 ...but lots of green 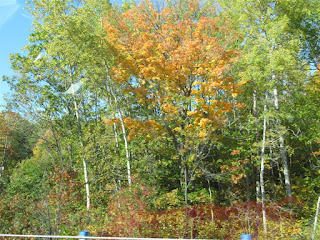 A bit of yellow 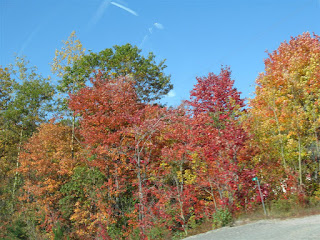 And the odd early tree 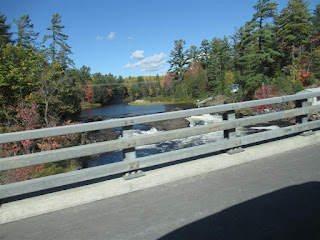 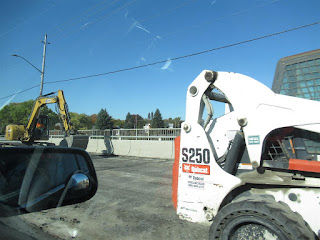 Work on the bridge at Iron Bridge 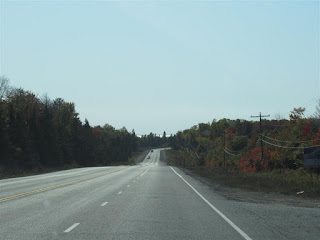 Near Brownlee Road where we lost Doug in 1983 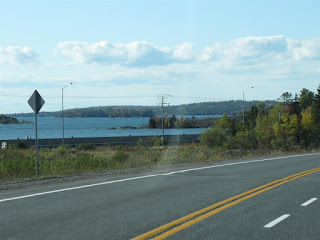 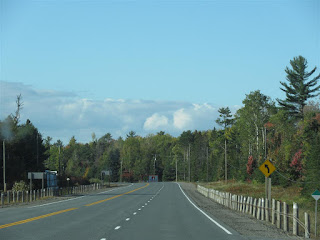 A beautiful day for a drive 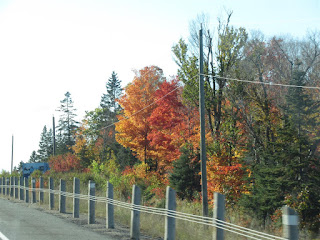 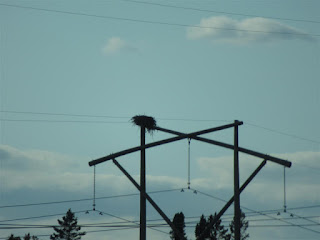 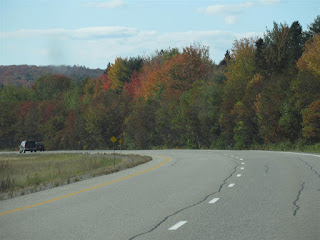 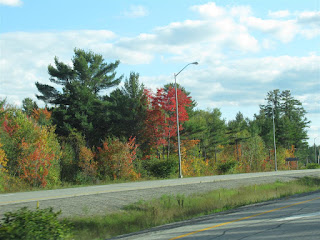 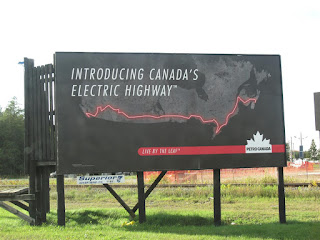 PetroCanada is looking ahead

We arrived in the Soo about 5:00 PM. The Days Inn and Suites was located on Bay Street and had underground parking. Bay Street was still heavily under construction. We checked in, got our room and then drove over to the new and much downsized ACR station to pick up our tickets. 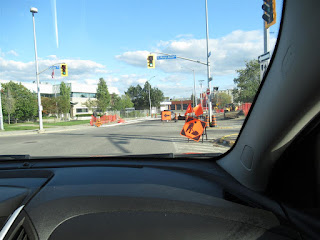 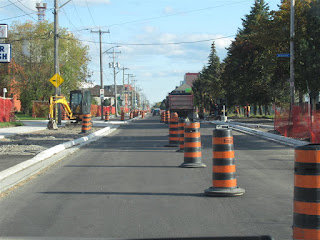 The first part is paved - sort of 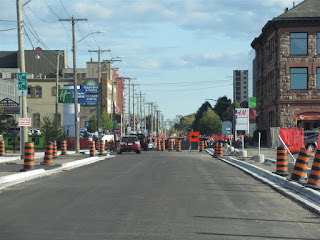 The stone building on the right is the old ACR office 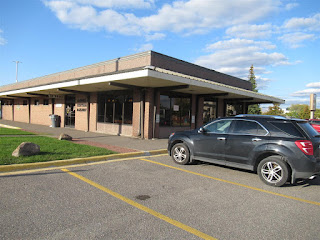 This is the new ACR building 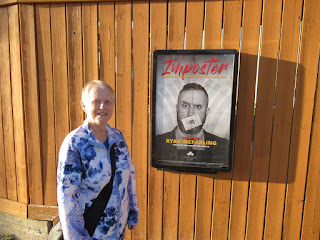 Some of the Safe Ride Home folks will remember this guy

After we picked up the tickets, we met my brother Dave, aka Rabbi, and the Soo casino for supper. He seemed well known there. Food was great. Afterwards, we headed back to the hotel and got to bed early. 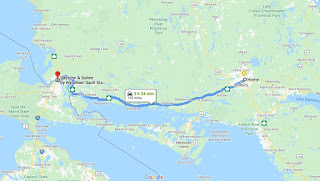