Terry, Leo and I have been riding together for almost 40 years, having met as members of the Nickel Riders Motorcycle Club. Short rides, long trips and everything in between. Terry had every second Wednesday off and called to see if we would like to ride the Highway 522 loop today. The forecast was good and the leaves were changing so it sounded like a great idea. After we opened the invitation up, Kevin joined in.

We met at Tim's on Levesque and then rode fifty miles south on Highway 69 to Highway 522. This is a secondary highway that joins Highways 69 and 11, passing through some unpopulated areas.

The first stop was in Port Loring at the famous Jake's Place. Unfortunately, Jake's takes Wednesday off so we backtracked to Roxie's. 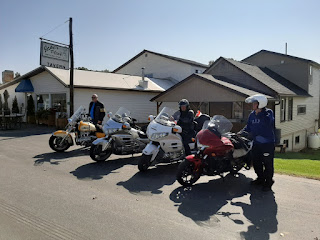 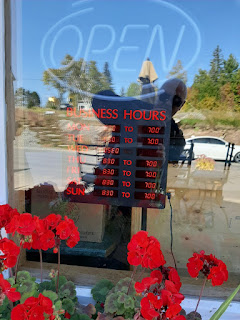 Yes, it was Wednesday 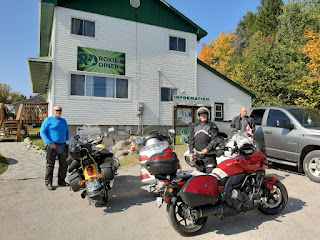 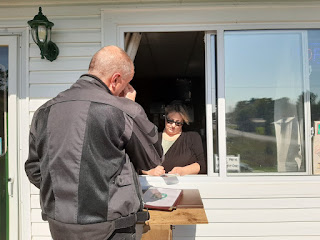 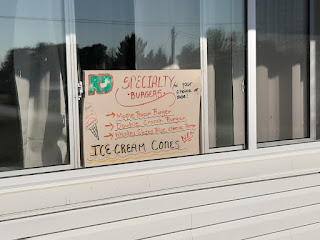 The burgers were creative 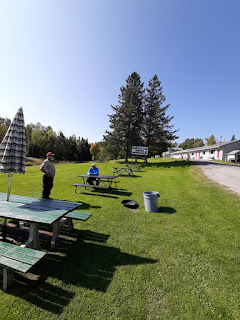 The dining room was huge
After lunch, we motored on following 522 east to Highway 11. The 500 series highways in Ontario can be interesting and this one has enough curves to be fun. Terry was always a fast rider and today was no different. It was like a blast from the past. There were a few spots I wished I had my co-rider and her camera to capture some of the spectacularly coloured trees.
When we got to the end, we headed north on Highway 11 fighting a hellacious crosswind to North Bay. There, it became a headwind as we turned west. We did stop at Tim Horton's in Sturgeon Falls to say goodbye to Terry. He lived about 40 miles east of Sudbury and would leave us as we passed by. 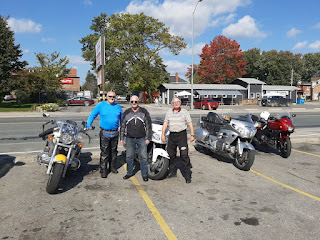 The rest of the trip was uneventful but the great day and old friends had given us another round of excellent memories. 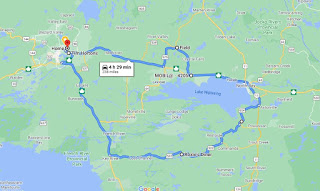