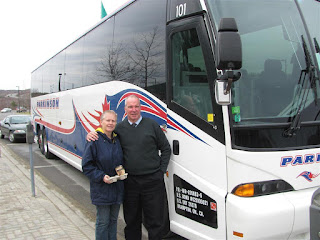 So that was it for April.  Before we leave, I still need to fix the roof and grease the wheel bearings on the trailer.  The bike has been started but hasn't gone anywhere.  And I have a large list of other things to get done.  With any luck, we will be rolling by next Monday.
Posted by Jim "Skid" Robinson on 4/30/2012