It was Thanksgiving Monday and, while we would be heading home today, we were in no hurry.

The first order of business for Tom and I was to watch the recording of last evening's NASCAR race at Talladega. This took less time than the actual race because we fast forwarded through the commercials and some laps where nothing was happening. We are both in the VROC NASCAR Fantasy League and were pulling for our respective drivers. The 168 lap race was fairly uneventful for 167 3/4 laps and then, on the final turn, all hell broke loose when a good percentage of the field wrecked. Restrictor plate racing is a crap shoot at best and I rolled snake-eyes in this one.

Shortly after 9:00 AM, Kim and Mike arrived with the girls and we headed for the restaurant at the nearby Travel Centers of America truckstop. In addition to a la carte items (including the only chicken fried steak I have found in Canada), they have a decent breakfast buffet. I had my first seniors (60+) buffet and, after looking at the wise choices, grabbed a selection of eggs, bacon, sausage and ham backed up by home fried potatoes and pancakes. I have no willpower but I am a satisfied eater. Once again, the granddaughters behaved perfectly, unlike many kids I see in restaurants. Jolene had a Mickey Mouse pancake and sausages while Robyn enjoyed a toddler's buffet focusing on potatoes and sausage links. 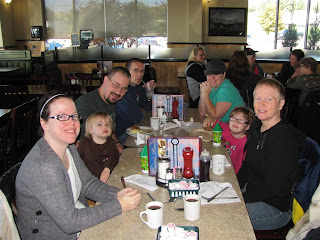 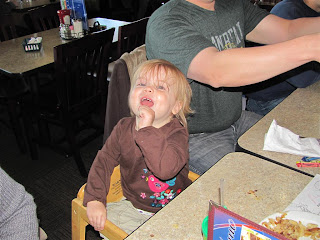 After breakfast, everyone came back to Heather and Tom's for a while. After we bid them adieu, I talked to Heather for a bit about some accounting issues with her association books and then we were on the road by noon. 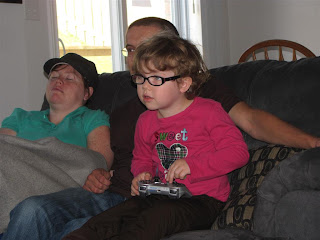 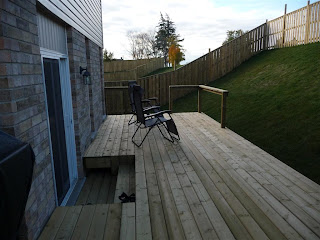 I fueled at the truckstop Sunoco before we started out. The price was $1.287 per liter, much better than the $1.366 we found when we got back to Sudbury. I don't understand why this disparity exists but we have become resigned to it.

I decided not to go home through Toronto because it was too late in the last day of a long weekend and I figured all the roads into Hogtown would be jammed. We took the 401 to Cambridge and then followed Highway 24 (or what is left of it post-Harris) to Airport Road and Highway 9. There was, as we noticed all weekend, a strong O.P.P. presence all along the 401. Going through Erin on 24, normally a quiet little town, southbound traffic was exceptionally heavy. This was compounded by additional traffic due to the fair. I chuckled and thought of Sherm when a comedian on XM started talking about Big Lot stores. 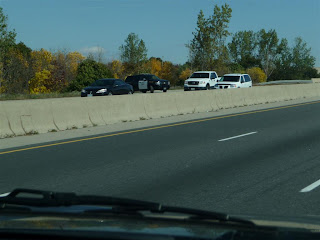 Many O.P.P. on the highways this weekend 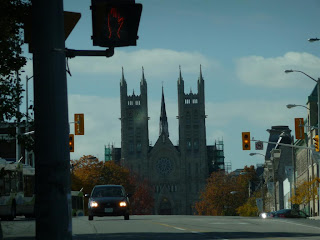 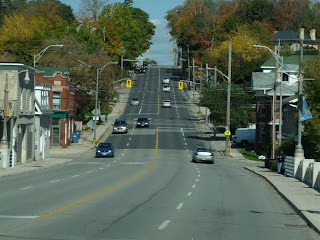 As we merged from Highway 9 onto the 400 North, the Honda ahead of me accelerated briskly to 80 KPH (speed limit 100), preventing me from picking up speed and certainly annoying the trucker who was bearing down on both of us from behind at about 110. I moved over a lane as soon as I could and left the Honda to the trucker.

Northbound traffic was heavy but moving steadily, unlike the often stopped three lanes of cars going southbound. I love living in the north and not having to play lemming. We stopped at Waubaushene for Subway and coffee, As we moved further north, the brilliant fall colours started to fade until we were left with the yellows of birches and poplars and then no leaves at all. 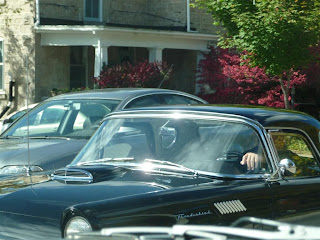 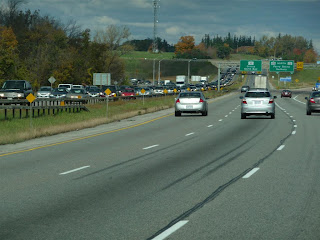 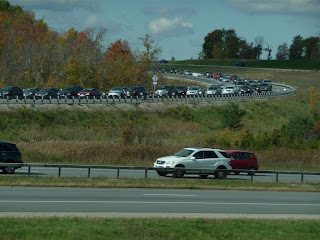 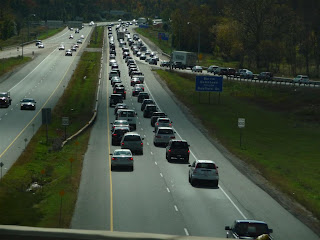 I feel sorry for the city folk 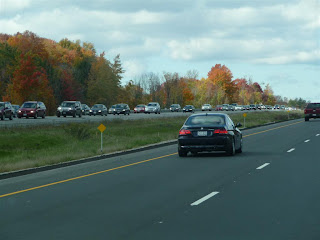 As we move right along 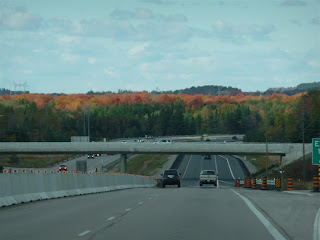 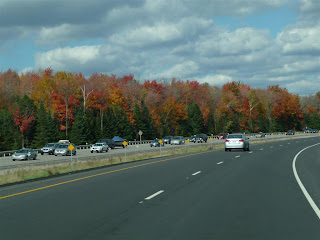 Some more, but the colours are less vivid 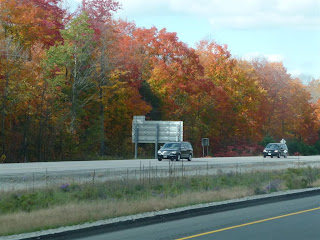 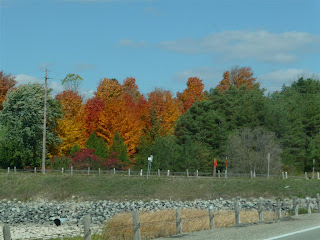 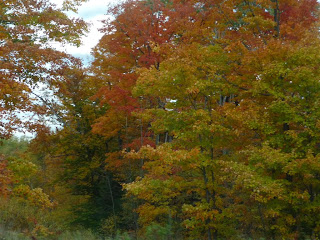 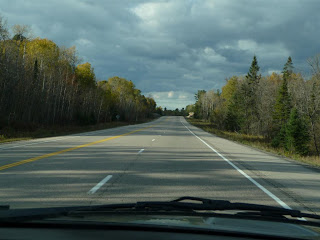 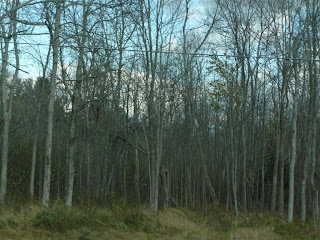 Our leaves have fallen

We arrived home about 6:00 PM. Before we started out, I had dropped the tire pressures from the door plate 30 PSI to 27. This was directly proportional to an actual weight of 6,000 lbs versus a GVWR of 7,000. The truck rode and handled better and yet, at 20.0 MP(US)G, it didn't suffer in the  mileage department. I will bump the pressures up when towing but, for now, it looks like 27 is the number.