Oliver BC to Fort McLeod Alberta

It was a pleasant morning. We were folded up and rolling by 7:00 Pacific Time, making our way back down to Osoyoos. We fueled and started to climb. And climb and climb. The town looked very pretty as we looked back. 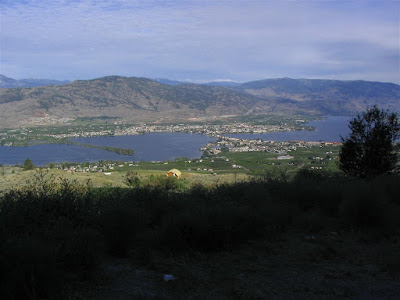 Highway 3, the Crowsnest Route, is a great way to cross BC. It twists and winds, climbs and drops, across several ranges and through a number of valleys. Saw a bunch of deer including three bucks standing together in a field. They were so perfect that Sandy pulled a Scotty and thought they were artificial until they looked over when I honked the horn.

Got to the Mickey D’s at Castlegar at 10:27. By their clock. SOB’s had already shut breakfast down for the day. All that speeding for nothing. We had an early lunch.

East of Salmo, we saw cattle and burros sharing the same field. The horns on the one here reminded me of a Spanish fighting bull. 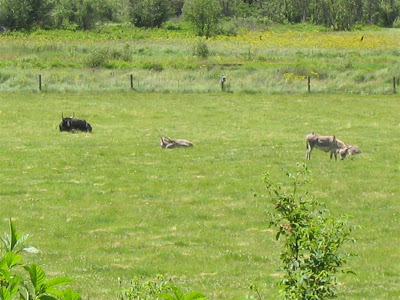 Somewhere in here we lost an hour as we switched to Mountain Time.

We crossed the path we did last year going to our Rally in the Rockies but stayed on 3 after Cranbrook. We went way down and ran in a valley for a while before starting the climb to the Crowsnest Pass. 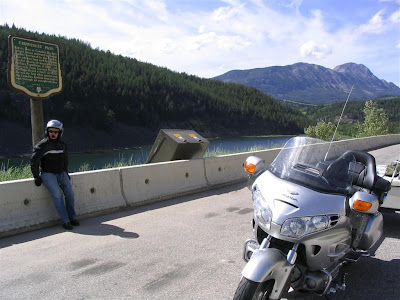 After going through the pass, we skirted a number of very small towns including Lundbreck, home of a very famous VROCer named Jim Siegelaar. We also passed a wind farm larger than the one we saw in West Texas. The locals here say they are adding new windmills all the time.

We reached Fort McLeod about 7:00 PM Mountain and set up in the Daisy Me campground. Free WiFi, but this is the first time we have had mosquitoes to contend with all trip. Tomorrow, we will continue east.
Posted by Jim "Skid" Robinson on 7/07/2005