It was wet this morning and the radio reported the good news that there were no new forest fires in the province.

On the way to Heather and Tom's, we stopped at McDonald's. You can modify your order any way you want at the kiosk so, while Sandy ordered a regular egg McMuffin, I asked for the same but without the muffin. What I got was an egg, Canadian bacon and processed cheese in a tray like they use to serve hotcakes. They also included a knife and fork. I'll be able to work with this.

Arriving at Heather's at 7:00 AM as planned, we found her to be the only one up. The rest rose before too long and we were soon playing with two happy grandkids. She and I had a chance to talk about a few issues she is dealing with at work. 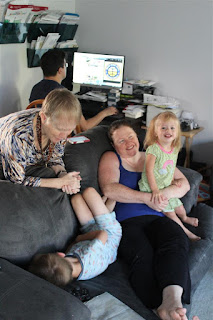 With Jasper and Fiona 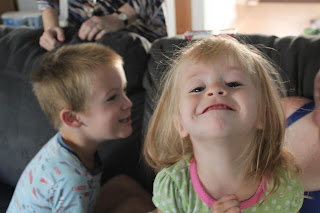 We left Woodstock around 8:30 and met Mike, Kim and Robyn at a Tim Horton's in Cambridge about 9:00. They were on their way to Brantford to pick Jolene up at camp but had breakfast while I had a second cup of coffee. It was a nice visit. 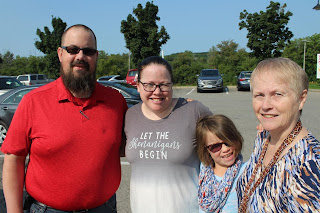 As Mike, Kim and Robyn headed south, we stopped in a Zehr's in Hespeler to pick up chips and snacks (our contribution to the pot luck afternoon).Then we headed north to Mount Forest and Holstein. The roads were different because we were approaching from a different direction. We did stop for a quick coffee and bathroom break at the Tim's in Mount Forest, where the clientele included bikers, farmers and Mennonite girls. Then it was a short hop to Holstein and Marilyn's place. 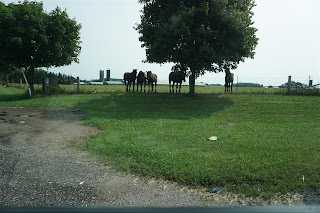 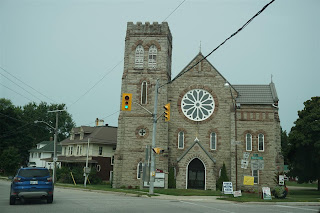 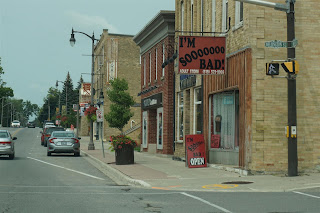 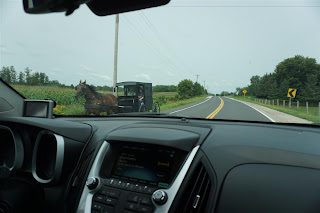 Strong Mennonite presence in the area

There were a few folks already at Marilyn's when we got there. Prime organizers Iris and Christine had things well under control. Daryl Grenville had arrived by motorcycle along with John Goodfellow on a Spyder. Bruce and Liz Robinson arrived in a classic Cadillac while the Purchases towed a small RV trailer. The Boyds had their 5th wheel Taj Mahal in place before we arrived. The rest arrived throughout the afternoon. It was good to see old friends and meet a few new ones. 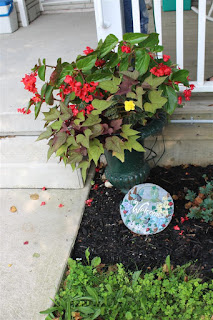 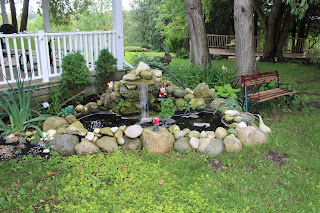 Marilyn has a lovely house and grounds 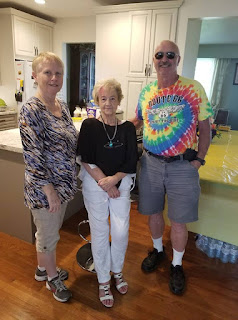 Sandy, Marilyn and I 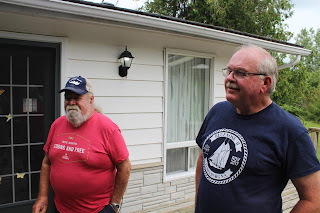 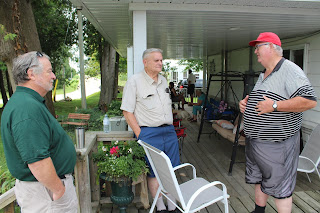 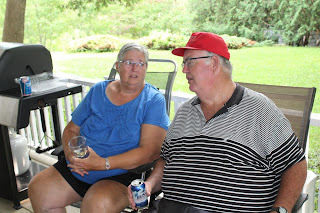 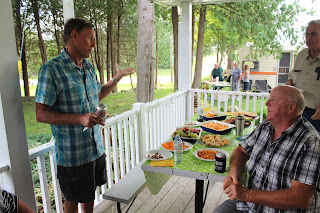 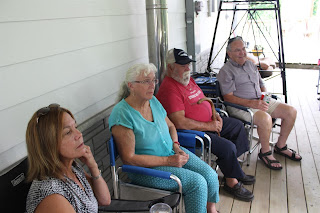 The big porch was an excellent meeting spot 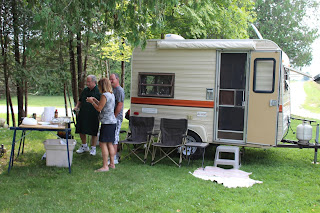 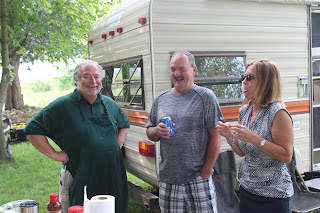 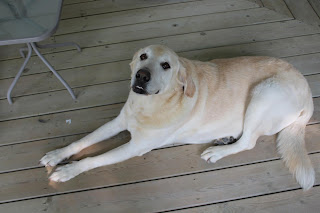 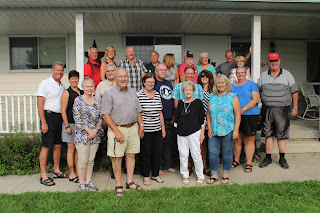 Most of the group

About 6:00 PM, the main meal was laid out buffet style. There was a wide selection and I was able to get by on a variety of salads, meats and cheeses. I think everyone appreciated the excellent food.

We left for Woodstock about 7:30 with promises to be back next August. I texted Heather to tell her we would be late and would see them in the morning before they went to church. It was interesting to see that almost all the cows around Holstein were black and white.

Arriving at the hotel about 9:15, we went straight to bed after writing one more IOU to sorting the notes and photos. 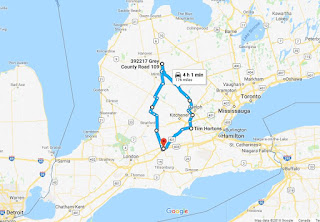