Kim asked us to come down to Cambridge for a thing her employer, Gore Mutual Insurance was putting together. They were trying something new and hosting a day where spouses and parents could tour the headquarters and see where their loved ones worked. This was scheduled for Wednesday and Heather and Kim's birthday was Saturday, so we decided we would stay down and call on some other friends in the south on the intervening days. I booked six nights at the Best Western Plus in Woodstock, our go to place when we are in the area.

This would be the first time we had left Sudbury since the Agawa Canyon trip in October. In fact, the Agawa trip blog posts were still outstanding but I hoped to get caught up in my spare time over the next few days. It would also be our first time down Highways 69/400 since our Sherkston Shores trip in August. This might be the longest period in forty years that my tires have not graced this route.

The last few days had been unseasonably mild but things tightened up today at 22 F under grey skies. After some banking chores, we were underway about 10:20 AM. The snow cover was lighter than usual for this time of year as we proceeded south. By the time we got to Woodstock, green grass was visible. 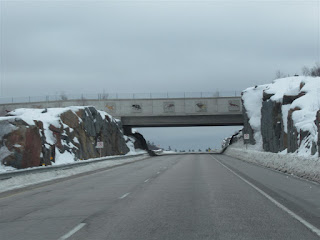 A bridge for animals to cross the highway 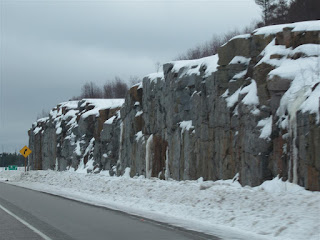 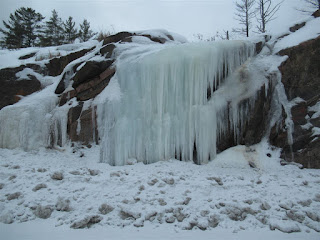 Ice formations on the rock cuts 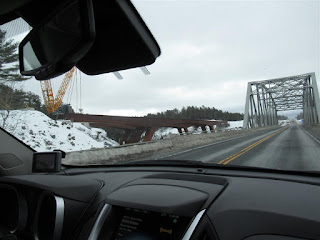 The new French River Bridge steel is now in place 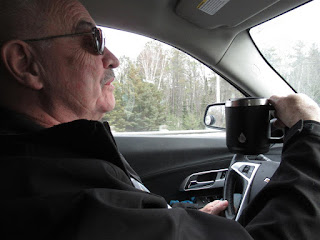 The mug Sherm gave me 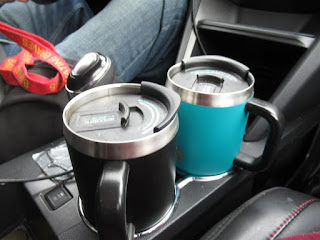 Sandy has one too

We stopped at the Subway at Waubaushene and ate there because a chopped salad would not be a good think to munch on while behind the wheel. The car, which had a major service last week, was running very well. Continuing on, it spit a little light rain here and there. 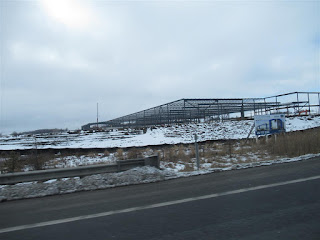 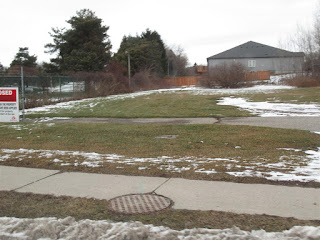 We arrived at the Best Western around 4:20. Upon checking in, we found that the couple in the junior suite I had reserved had delayed their departure, so we were upgraded to a full suite. After bringing in the luggage, we got two Caesar salads to go from East Side Mario's (which turned out to be do it yourself kits) and took them over to Heather and Tom's to have supper and see the grandkids.

Back in the room by 9:00 PM, I managed to transcribe all my blog notes from the voice recorder from October through today. Then we hit the very comfortable king sized sack. 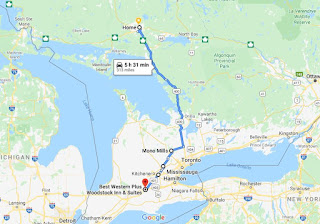