Chatham Ontario And A Sleepover

Tom is a retired OPP detective who I met when I was a Special Constable with the Snowmobile Trail Officer Patrol. We are both members of the local Chapter of the OPP Veterans Association and he helped me immensely when I was Secretary/Treasurer.

Tom and his wife Yvette moved back to Chatham, Ontario a couple of years ago to be nearer to her family. He and I stay in touch but we had not seen them since they left town, so I thought this would be a good time to rectify that. Chatham was only 100 miles down the 401 from Woodstock.

There was a light snow falling as we left the hotel, so we brought our boots just in case. There were areas of light snow and fog as we rolled down the big highway surrounded by trucks. From the looks of many of them, Toronto was still sending its garbage to Michigan. 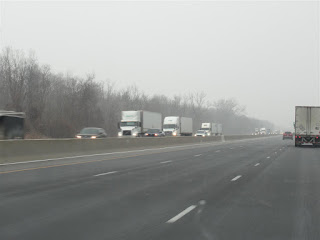 Making good time on the 401 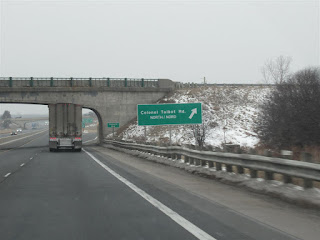 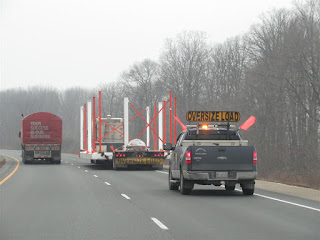 Not sure what is was, but it was wide 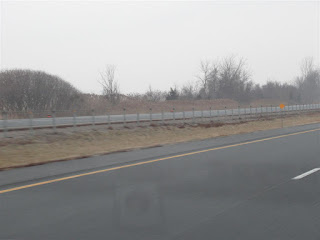 Barriers to keep trucks from crossing the median
(less than successfully) 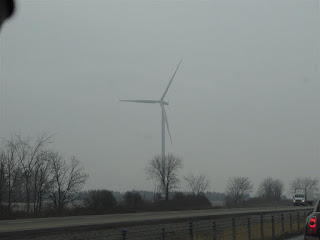 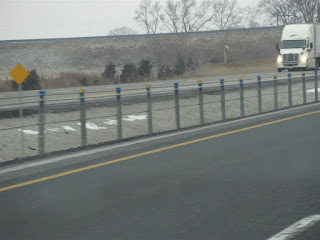 Closer look at the barriers

We found Tom and Yvette's very nice place in a seniors community in Chatham with no difficulty. Their home looked small from the outside but had an ample garage, four bedrooms and a finished basement. A man was there installing an alarm system, a lot easier now than it was before wireless technology.

It was nice catching up with the two of them. Tom rides a Burgman 650 step-through scooter and golfs, so we have a few things in common. Plus he has always been a good person to have in your corner. We shared some stories and then they fed us a nice lunch. Eventually, we had to get back to Woodstock because Jasper and Fiona were going to be sleeping over on the fold out couch in our living room (remember the suite upgrade?). 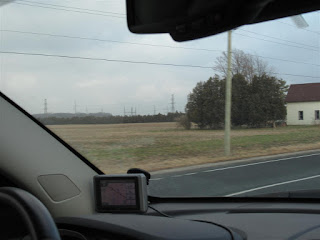 The fields near Chatham are looking a little green 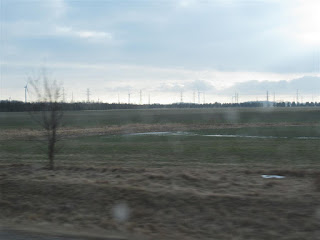 Turbines had almost all been shut down 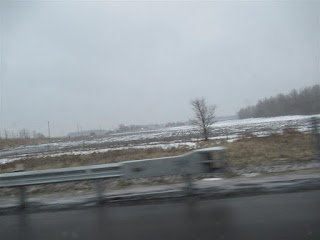 Some snow closer to London 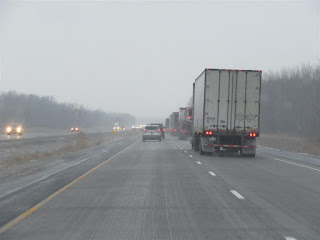 We got back to the hotel about 5:40. Heather and Tom brought Jasper and Fiona over and stayed for a while. After they left, the kids ended up laying down and going right to sleep. They both had coughs but that didn't keep them awake at all.

With everyone else in bed, I headed on back down to the exercise room for another half hour on the treadmill. It went a bit better today. Then I got back to the room and turned in too. 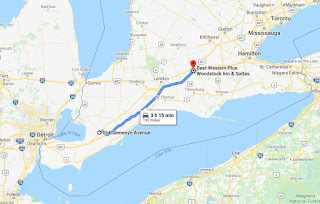