With the memorials done, it was time to head south for Jasper's baptism tomorrow morning. Sandy's brother Malcolm, who lives in the fantasy world of West Vancouver, was back east for a few weeks to spearhead the cleaning out of the old homestead.  There have been many trips to the landfill, salvage yard, Value Village and even a full truckload to the hazardous waste facility in the last little while.

Mal had met our son-in-law Tom when he accompanied Heather to the Association of Administrative Assistants AGM in Vancouver a couple of years ago. However, he has never met our other son-in-law Mike or any of the grand-kids, so he decided to go with us.

This would normally have been an Avalanche trip but we have acquired a new vehicle. Harry had bought a 2012 Kia Rondo (not available in the US since 2010). He left a letter indicating that he wanted Sandy to have the car when he passed on. After Marie, the executor, got back from holidays, we all went to the Ministry of Transportation and switched the ownership over. Although it was a 2012, it had less than 1,900 kilometers on it when we got  it. This trip would give it a better break-in and, hopefully, save us some gas expense.

Before we left, I went to check  something on Google Maps. To my great dismay, I found that Google had "improved" the interface. As has happened so often lately, they made it more friendly for tablets and phones and made it awful for those of us who use a computer and save the maps for illustration purposes. Luckily, I Googled the roll-out and found an option to return to the "classic" view, along with a survey about why I didn't like the new version. I hope they support this for a while.

Following a minor miscommunication, we were on our way about 2:00 PM. The skies were clear and the traffic was light. We made a quick stop at the Tim's south of Parry Sound and then continued on to Toronto. Because it was Saturday afternoon, I opted to take the 400 right down to the 401 West. Westbound lanes were moving well but we saw the eastbound side was virtually stopped from the 400 split back past Pearson Airport. The little red car was peppy but Mal said the back seat, while roomy, left a lot to be desired in the comfort department due to the seat design.

We arrived at the new Best Western Plus on Athlone Avenue in Woodstock about 7:00 PM. This is a new Best Western, but it used to be a Microtel and is about three minutes from Heather and Tom's. It still has some Microtel features like the window seats in the rooms but they removed the ubiquitous mirrors above the headboards. The overall feel was very upscale and the staff were friendly as they checked us in. Our room was a king bed junior suite that included a sofa/fold out bed for Mal.

Once we got our gear into the room, we headed over to Heather and Tom's. I went out to Subway and picked up food for the five of us. For a change of pace, I got myself a chopped salad with roasted chicken. It was large, pretty good and fit the diet recommended by my cardiologist. I need to do more of this.

We got to see Jasper before he was put down for the night. I was impressed with the colour video baby monitor. It's amazing what tools parents have today. We sat around and visited until it was time to go back to the hotel about 10:00 PM. Everyone must have been tired because we went straight to bed and to sleep. 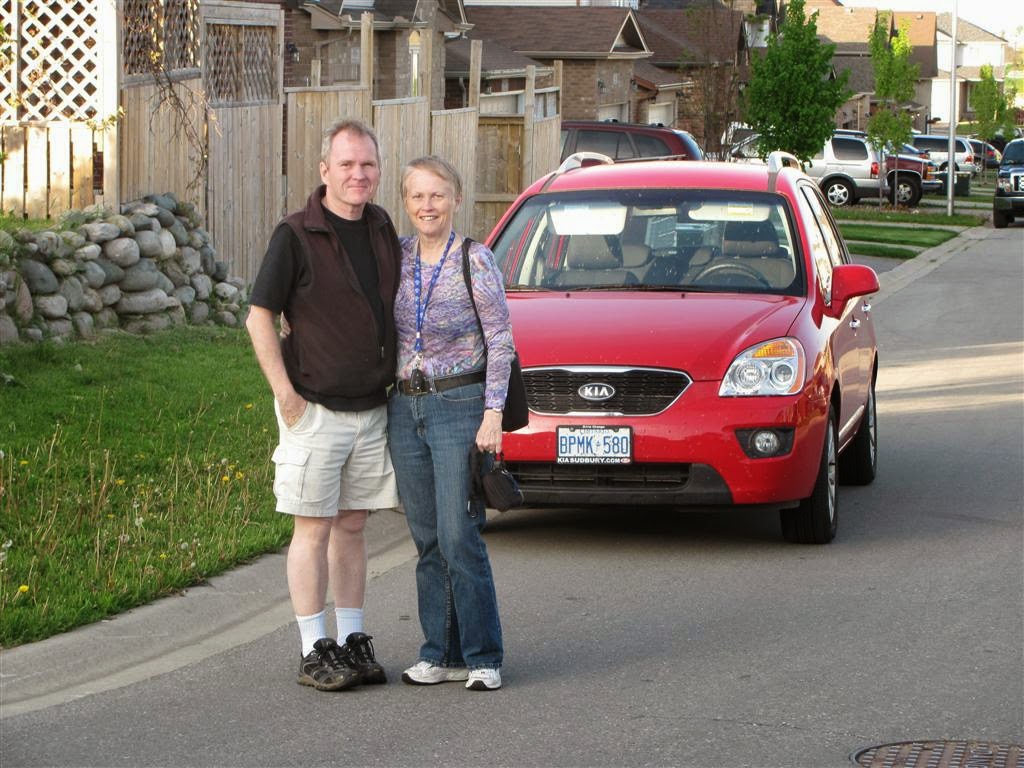 Mal, Sandy and the Kia 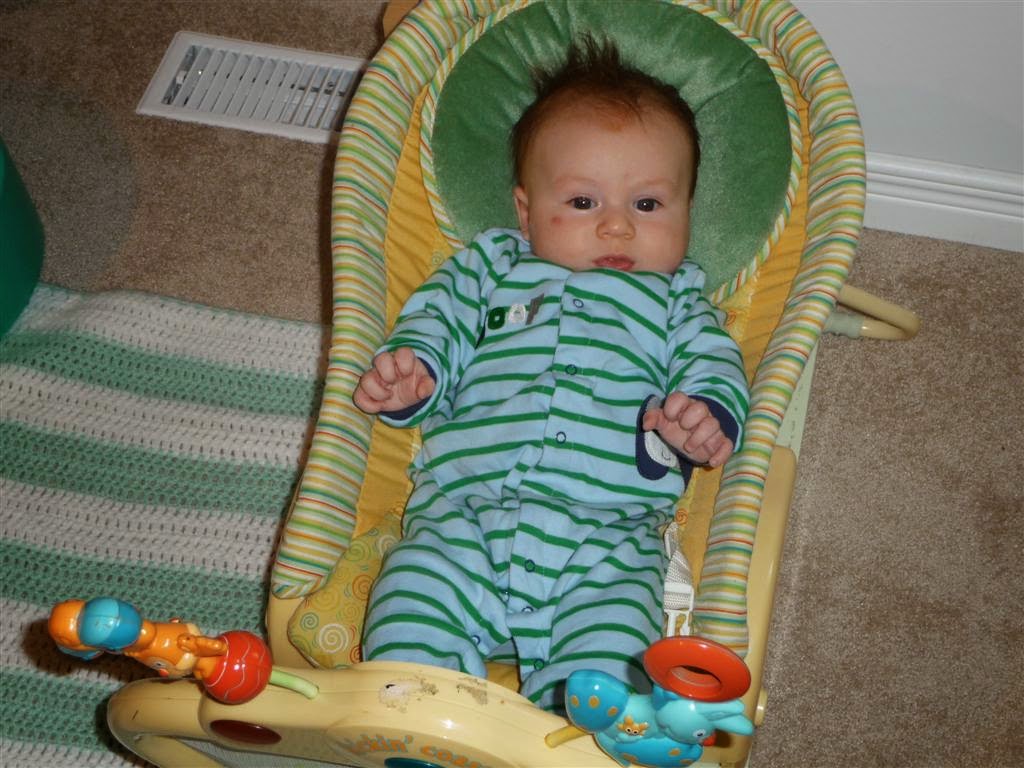 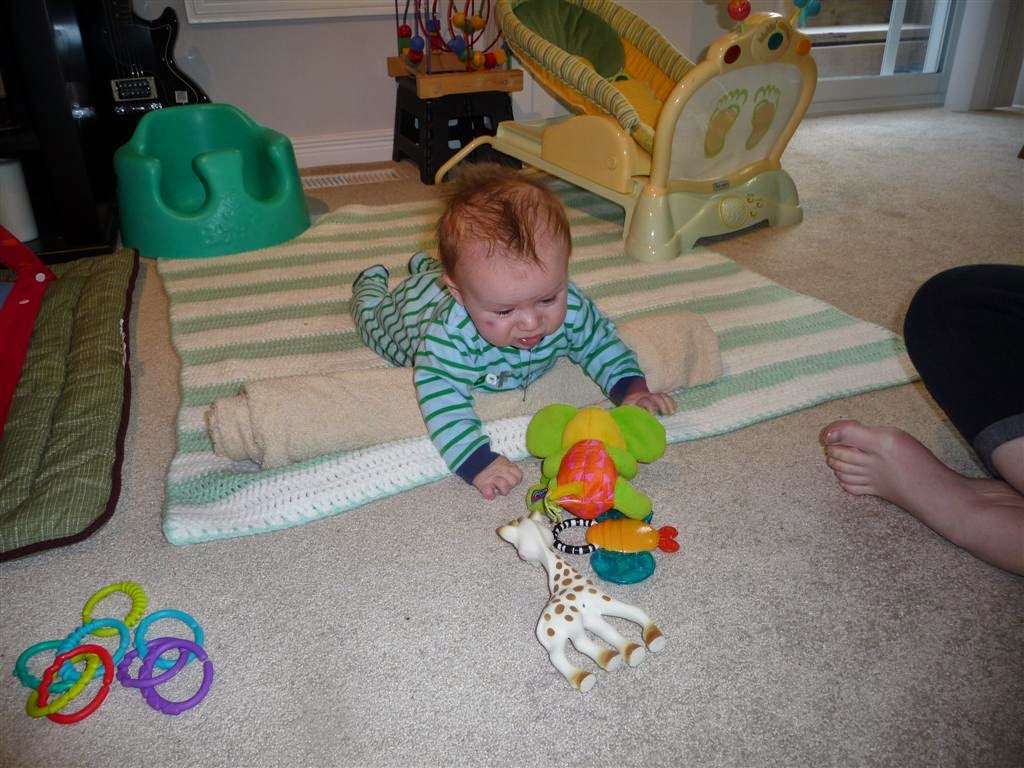 Won't be long before he is mobile 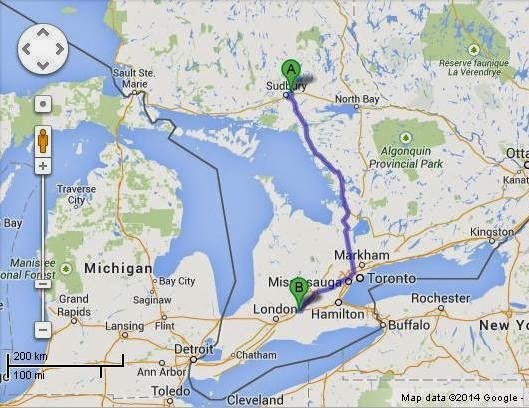