We were up fairly early this morning. Based on yesterday's discovery, I put together a toasted sausage and egg sandwich in the breakfast room. We checked out and loaded the gear in the car under beautiful skies.

Heather asked us to stop by the house before we left. Tom had already gone to work on his bike, but Heather and Jasper were waiting when we got there. Sandy found she was missing her watch so we returned to the hotel and she went up and checked the room. No watch. Then it turned up in a carry back that she referred to as pink but Mal and I determined was actually a tan colour. 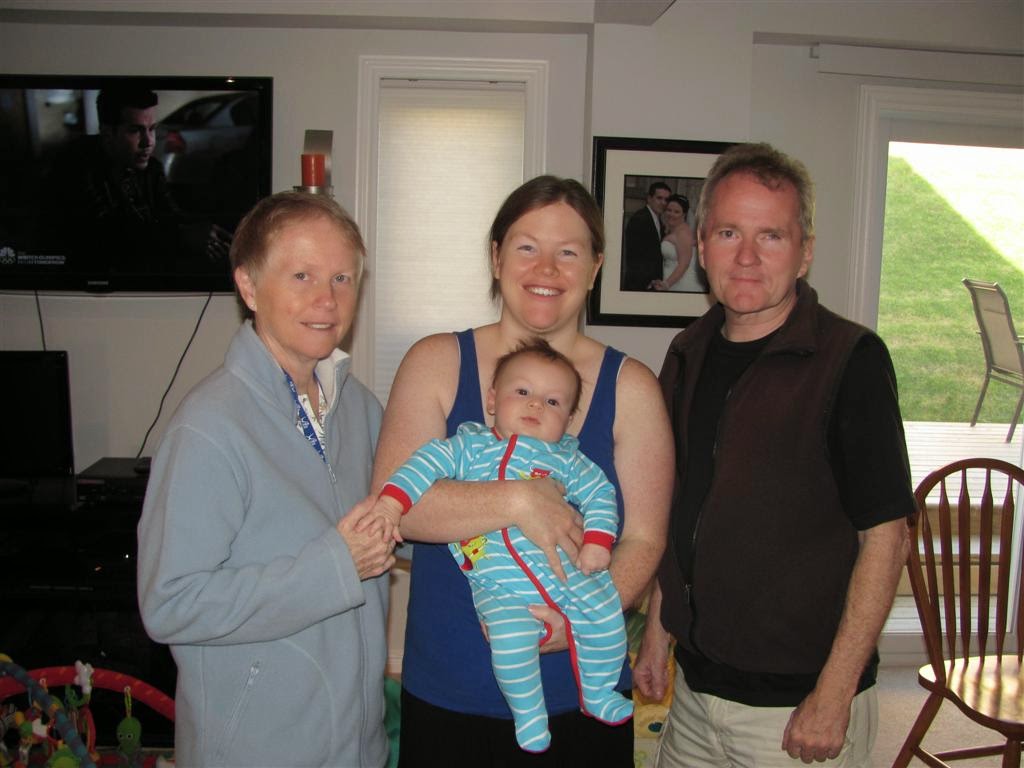 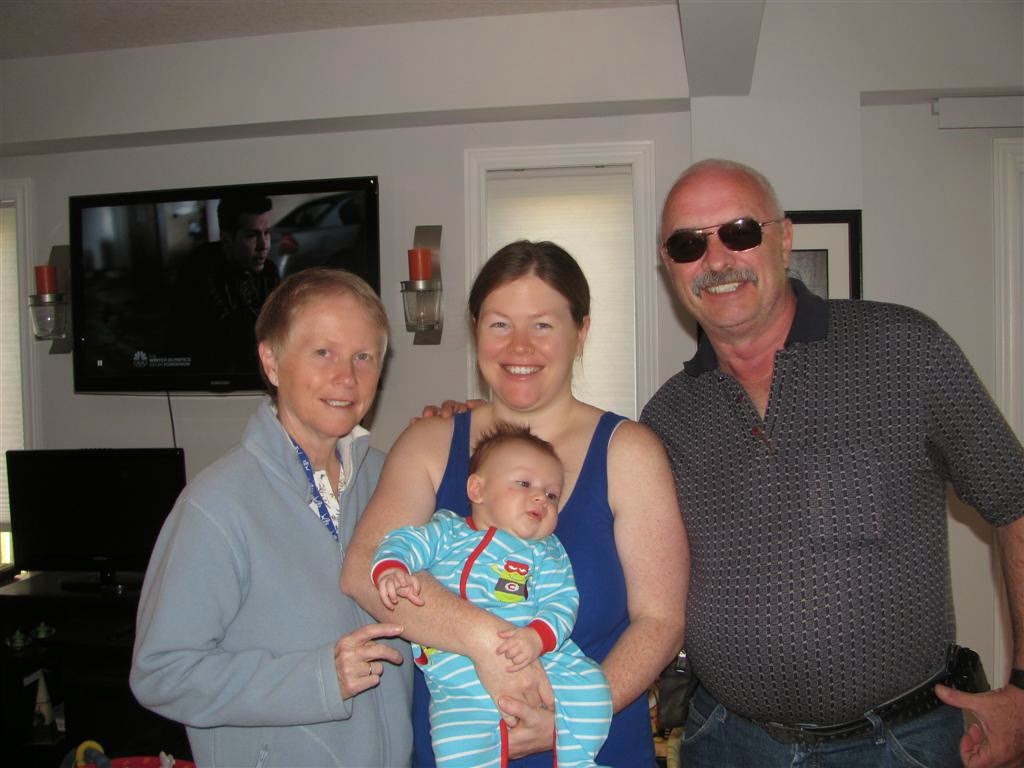 A rare photo including yours truly

We were on the road shortly after 8:00 AM. To avoid the Monday morning rush in Toronto, we followed Highway 24 through Guelph to Highway 9. North of Guelph, we got into a line doing 70 kph in an 80 zone. I took the opportunity to pass the vehicles several at a time. The young lady at the front of the line looked a bit perturbed with me and made some gestures as I finally got by her. I am not sure what was going through her head since she was being an impediment to the flow of traffic. All about her, I guess.

There was a bathroom/bagel stop at the new Tim's in Erin. Then we crossed Highway 9 and turned north on the 400. In Barrie, instead of staying with 400, we went north on Highway 11 to Severn Bridge where we connected with the south end of Muskoka Road 13. This is one of the twistiest roads in Ontario and took us to Highway 169 just before Bala.

The Kia has the semi-automatic transmission option, where the driver can select gears manually, albeit without a clutch. I used this option on MR 13, running between 2nd and 3rd gears. The car did quite well. I determined that the amount of sand on the road made this a less than ideal road for motorcycles at this time. 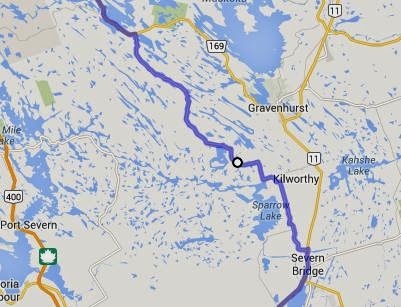 Muskoka 13 took us to Highway 169 through Bala and on to Old Highway 69, which we followed to the Tim's at Horseshoe Lake Road where we made a final stop. The rest of the trip was uneventful and we arrived back home about 2:30 PM. 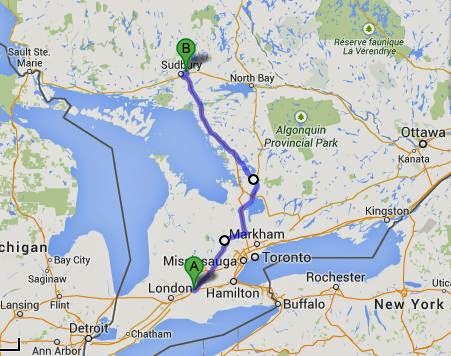