We were up and rolling by 7:25 this morning. It was another clear day, ideal for traveling. I almost forgot my Kindle under my pillow. I know, that's a bad place to put things in a motel room.

Traffic was light as we took West South Airport Road and Three Mile Road to bypass the waterfront. Cherry Capital Airport. I love the name. We stopped at the McDonald's where US 31 and M72 split. This was where we had planned to take 72 east and meet Gary and Dianne in Grayling for our trip together to North Carolina. Instead, we were returning home following US 31 through Charlevoix and Petoskey.

The drive to the Soo was uneventful. We fueled the truck at the Crist station just before we crossed the International Bridge. We were back in Canada at 11:15 and there were only two vehicles ahead of us in the Customs line. 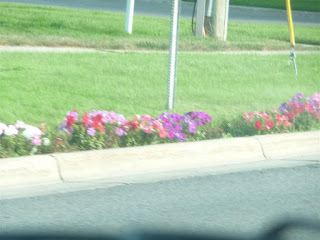 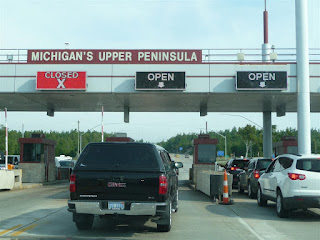 Over the Big Mac 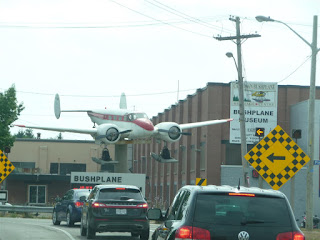 Back in the Soo

We grabbed some food at McDonald's in the Soo and then stopped at the brand new Esso station in Blind River. They didn't have coffee. There was a long line at the single lane bridge in Webbwood and traffic was heavy after we crossed Highway 6, plus I was really feeling tired, but we got safely into our driveway at 3:30 PM.

It was just a short trip but the first since May and it felt really good. 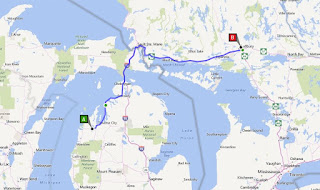