Today, we were back on the road heading for Richmond, Kentucky to see some friends. On the way, we decided to also stop and see Jasper and Fiona (and their parents) in Woodstock, Ontario. This would be a quick blitz, seeing us home next Monday, so we once again left the bike in the garage.

Sandy had to take her Mom to the chiropractor this morning so we didn't manage to get underway until 11:30. It was 31C under mostly clear skies, and the weather service said the Humidex would reach 39 later this afternoon. We have had very little rain this month or last and are now verging on drought conditions.

Heading south on Highway 69, we found that they had opened another section of four-lane from north of Highway 64 almost to the French River Trading Post. The  new stretch was, for some reason, reduced to one lane with orange barrels, but the potential was there. 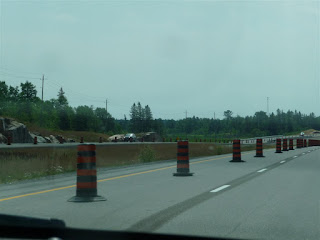 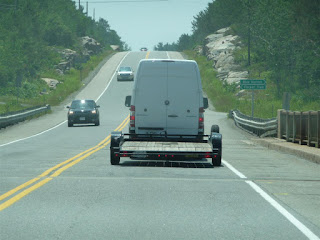 Sandy didn't realize this van was towing a trailer

We stopped at McDonald's in Parry Sound, where my new skills in ordering at the kiosks was apparent. Unfortunately, the food doesn't came any faster as people scurry around back and forth in the background but orders take forever to arrive. I think they still need some work on organizing this strategy. Then, outside, I observed that every trailer pull-though spot had a car or pickup truck in it despite many open car spaces even closer to the door. The one truck towing a trailer had to park in the bus lane. Think, people!!!

There was another stretch of orange barrels near the Moon River where crews were installing new deer fencing. This was very tall fence, unlike the Hobbit sized sections back up at the French. I really do need to ask MTO what a two foot high fence is supposed to stop.

The traffic on Highway 400 was starting to get busy both ways, so I decided to try a new route to Woodstock. We exited at Highway 9 as usual, but did not turn south onto Airport Road and Highway 24 at Mono Mills. Instead, we stayed on 9 past Orangeville to Arthur, where we turned southwest through Tavistock to Woodstock. There was almost no traffic on this stretch so we were able to make good time.

This part of southwestern Ontario is very pretty with its patchwork quilt of different crops and its low rolling hills. There were many German names and Mennonite farms along the way. 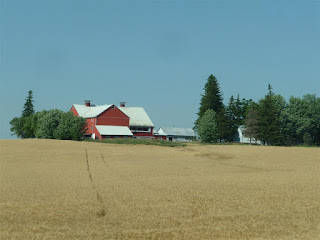 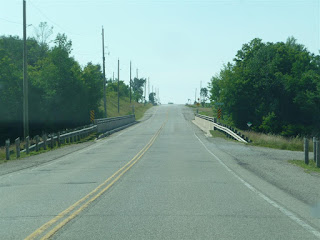 We arrived at the Days Inn in Woodstock about 5:30 PM. This was out first time staying at this particular facility but, courtesy of the Wyndham Go Fast promotion, we were paying about half what it would have cost us at our usual Best Western Plus. After taking the bags to our room, we headed over to Heather and Tom's. They had ordered Domino's Pizza (thin crust pepperoni) for supper.

Fiona is getting bigger. She is now two months old and is a doll. Jasper is starting to talk a lot and we even understood some of the words he said. He was no longer as shy as he was on our past visits. 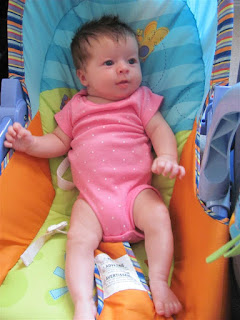 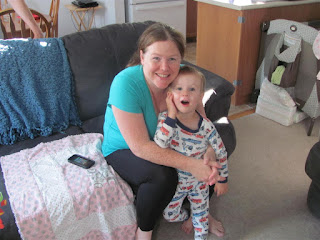 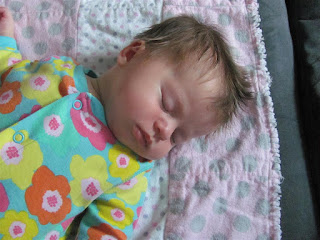 After the kids went to bed, we watched Into The Storm on Netflix before going back to the hotel. It was too late to finish this blog write-up, so I loaded the photos, drew the map and transcribed the notes before calling it a night. The Kindle and I were in bed by 11:00 PM. 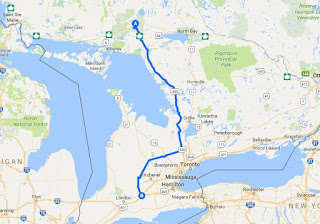 Your grandchildren are adorable...Heather too :)