I was planning on getting away early this morning but we didn't get out of bed until 8:00 AM. By the time we got ready and hauled the bags down to the car, it was 9:00. Sandy didn't feel like the hot hotel breakfast so we stopped at McDonald's after I fueled up and got something to go. Once again, the service here was excellent. When we order at the kiosk in Sudbury, we watch the young folks hustle and bustle behind the counter for interminable minutes. Here, the more mature ladies had our custom order raedy in about ninety seconds. Good staff and good managers. 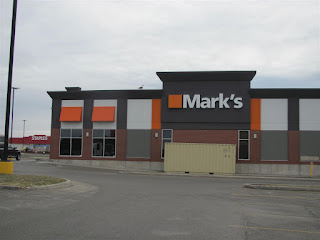 What is that on the roof of Mark's Work Warehouse? 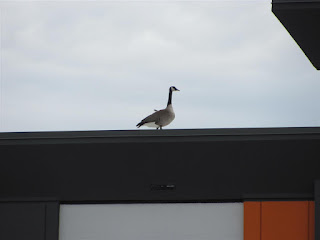 Highway 401 was not busy as we started east. I planned to get off at Highway 8 and take the street level to 24 but I was one ramp too soon and had to use Fountain Street. This is a good way to avoid the jams that build up between 8 and 24 on the 401.

There was virtually no snow on 24 or Highway 9. It did not look like early March and I can only imagine the frustration of the local snowmobile clubs. 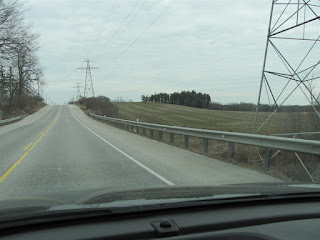 Near Guelph - no snow 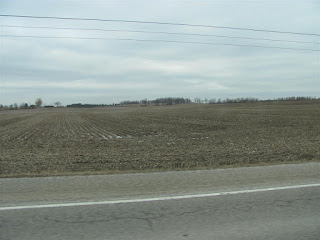 Still no snow near Airport Road 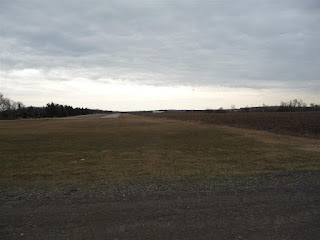 They surprised us where Highway 9 meets Highway 400. There has been a left turn onto the ramp for as long as I can remember. Until today. Suddenly, as I lined up for the left turn, I saw that there was a new ramp to the right. This will work much better but they could have used some more descriptive signage now.

Has anyone noticed that the new LED headlights are painful if not adjusted properly? Do the police ever consider stopping the people whose low beams burn holes in the retinas of oncoming drivers? If not, why not?

The Barrie On Route was a good bathroom/coffee to go stop. 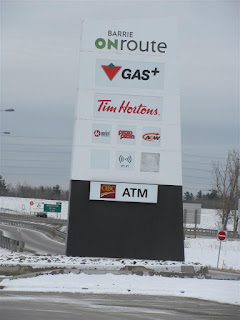 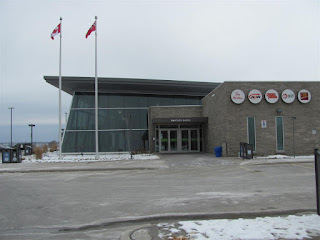 State of the art service area 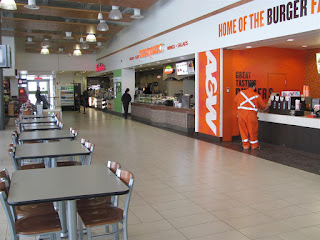 Not a lot of people on a Monday morning

There was enough snow at Mount St. Louis that a few skiers were enjoying the slopes. Probably not for long since a fine rain started just north of there. 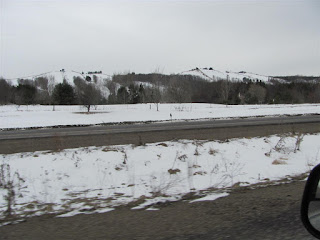 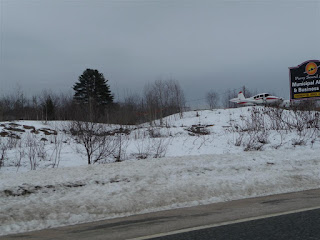 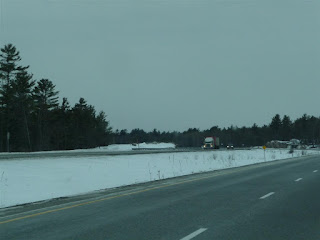 There was more snow in Parry Sound but it was still pretty slim going considering this is part of Ontario's snow belt. Winters are not what they used to be.

We did spot an OPP cruiser lurking on a southbound on ramp north of Parry Sound. One thing that bothers me is that no one travels the speed limit on any Ontario highway. Officers use their discretion to decide how much over the limit you have to be before they will pull you over. This is all well and good but we never know just what speed will attract their attention. And that is not fair considering one of the principles of a just society is equal enforcement of the law. Different officers have different discretion and direction from supervisors may change how a certain section of road is enforced from day to day. Technically you have committed an offence at one KPH over the limit and have to rely on luck from there on. But if you do maintain the speed limit on a two lane road here, you can get run over by other impatient drivers. There has to be a better way.

The temperature was down to the freezing mark with a light mist falling as we reached Still River, so I slowed down and went into defensive mode. I hoped that the drivers coming the other way were doing the same thing.

We arrived in Sudbury before 3:00 PM. The only notable thing the rest of the way was a lady on the ramp from Highway 69 to Highway 17. She was coming from town and had a yield sign where our two ramps merged. She didn't look. Not at the yield sign and not at me, as she aimed for the same space I was about to simultaneously occupy. I noted the lack of observation and took appropriate evasive action so it wasn't even a close call, but I marveled once again at how people can be so unaware.

It was 34F as we pulled into the driveway. Soon it will be spring and we are looking forward to being on the road again. 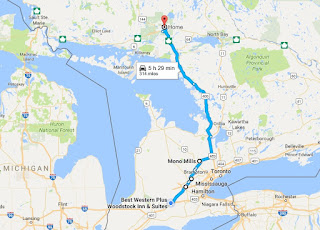