We were up at 7:00 AM. Good thing we had our boots with us, because a look out the window showed white stuff all over the ground. It was -12 C here but -24 C (10 below F) back home in Sudbury. Oh well, the early spring weather here was nice while it lasted.

The Best Western had a hot breakfast the included eggs, sausages and potatoes along with the usual continental fare so we ate in the lobby before leaving. 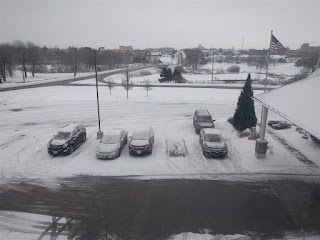 Snow is back in Woodstock

We were on the road by 8:10, opting for Highway 24/Highway 9 to Highway 400 North. This bypassed Monday morning crazy times rush hour heading around Toronto. Roads were good and traffic was OK. After stops in Erin to use the bathroom and refill the coffee cup, and at Roberts in Waubaushene for a Subway ham and Swiss to split for lunch, we rolled into Sudbury about 2:00 PM. It was up to 10 F under partly cloudy skies and there was a large amount of salt on the roads. 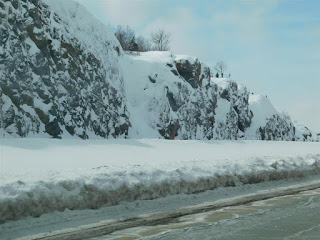 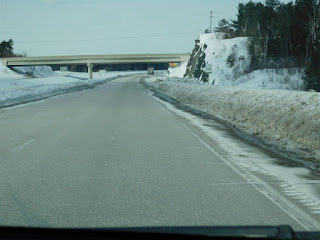 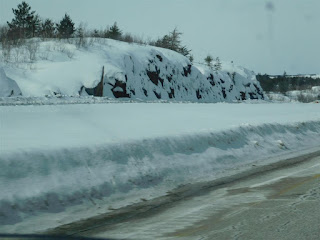 After a stop at Extendicare York to see Sandy's mother Jan and pick up her watch to get the band fixed, a stop at the watch repair kiosk in the New Sudbury Centre and another at the Real Canadian Superstore to get some groceries, we pulled into our driveway non the worse for wear. 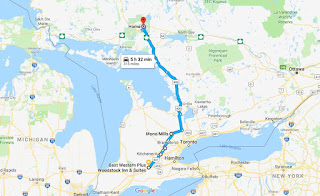