At last week's Freedom Riders meeting, President Rob expressed a wish to recognize the long-standing and very generous support the Lake Lauzon Resort in Algoma Mills, about 90 miles west of Sudbury, has shown for our Freedom Rally. VP Ken posted the details for a Saturday ride despite the fact that he would be working at one of his several jobs and would be unable to participate. Likewise, Rob's work got in the way too.

It had been too long since I took a club ride so, as Treasurer, I became the token Executive member on this run. Leo and I rode to the Tim Horton's on Lorne Street, not knowing how many would show up. 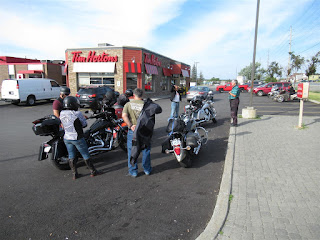 The bikes there when we arrived were riding around Lake Superior 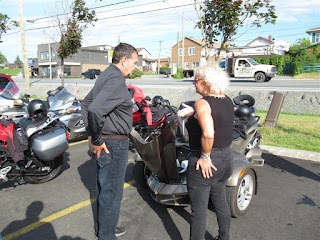 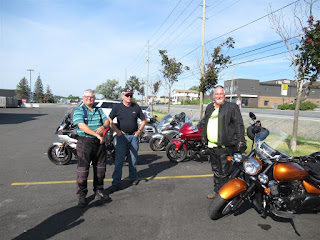 Our group starts to roll in 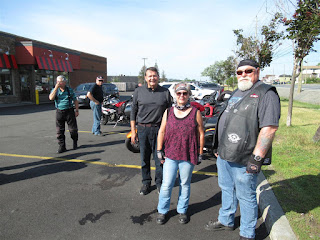 Terry led the ride. He and I started riding together almost forty years ago. In rides these days, I am usually leading or alone. It felt good to take the number two spot behind a rider I trusted implicitly. Some people find close riding to be stressful but I was right at home here as we headed west. 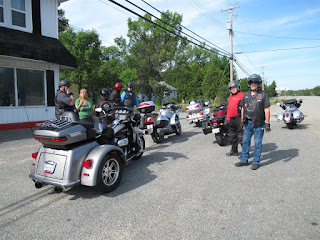 Stop in Naughton to pick up Tommy 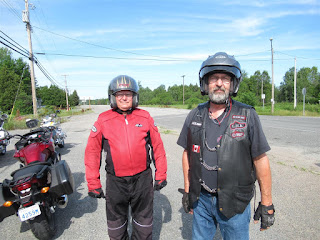 Leo and Tom - part of the old sledding community 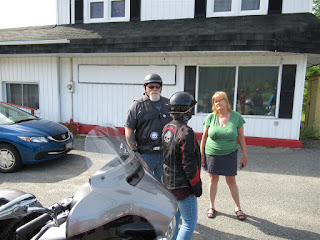 Garry and Sue talking to Eve, who couldn't come with us 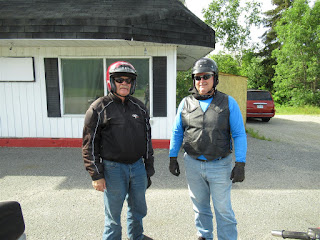 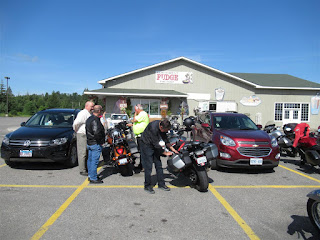 We made a brief stop at Tim's in McKerrow 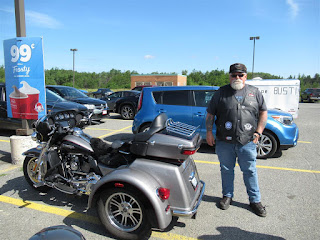 Garry and his very nice trike

We passed Lake Lauzon Resort (which no longer operated a restaurant) and continued another ten miles to Blind (long may you run) River. For the hundreds of times I have been through here, I don't think I have ever turned onto Woodward Street, the main drag. It looked like not many people did.

When I was a teenager living in The Soo, my (Great) Uncle Jim and Aunt Lenore lived in Blind River, where he was the Royal Bank manager. This made them an anomaly, relatives we could drive to visit and return home the same day. On one of these visits, I drove our '64 Pontiac Strato Chief on the highway for the first time under my Learner's Permit. That, and the Neil Young song, immortalized the place for me.

After parking the bikes, we repaired to the 17 Restaurant, where they put a large table together for us in the back room. The service was friendly and the food was good as I continued my salad diet. 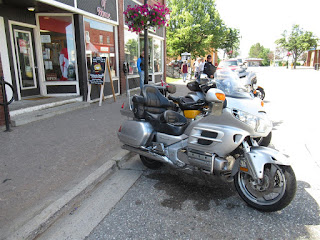 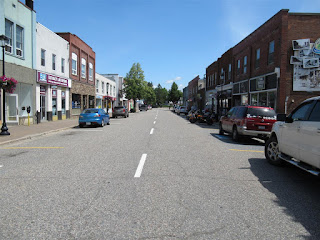 It is a quiet street 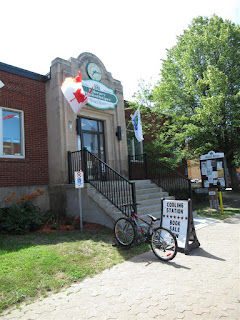 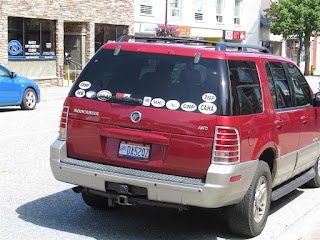 I understand MB - what do all the rest mean? 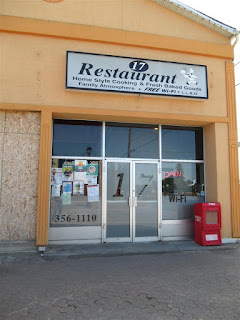 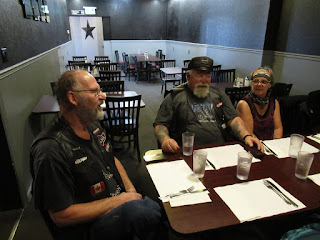 After lunch, we rode back to Lake Lauzon Resort where, although there was no restaurant, there was an ice cream stand. Tommy left us here to head straight back for a family christening. As the riders enjoyed their desserts, I (not allowed to enjoy such treats) spoke to the lady doing the serving. On behalf of the Freedom Riders, I thanked her for their generous support. She said they appreciated the work we did in the community. For the record, any profits made by the Freedom Rally are donated to local children's charitable causes which, over the last thirty years, has amounted to over $50,000. 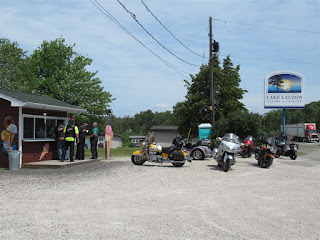 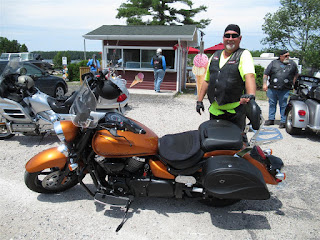 Randy - another friend from the sledding days 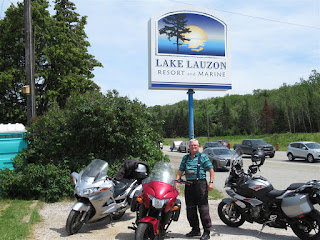 Leo - riding, golf and sledding buddy and his Honda CTX700 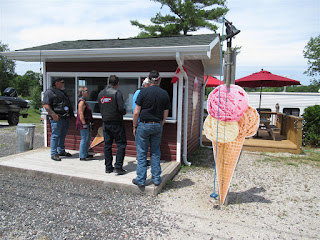 I scream, you scream, we all scream for ice cream 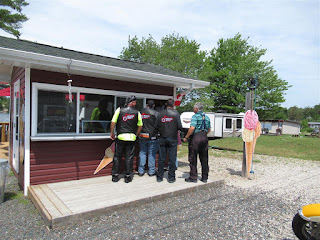 The glorious white and red 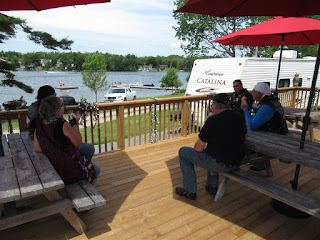 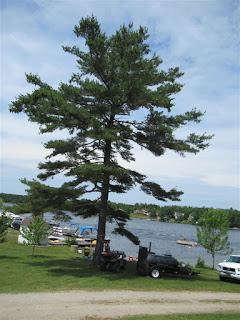 Makes me think of The Group Of Seven

Mission accomplished, we turned towards home and rode back non-stop. Traffic was steady but didn't hold us up much. As we approached Sudbury, the bike display told me the temperature was 32 C (about 90 F) plus whatever the humidex was. Riders peeled off as we rode around town. I pulled into our driveway just before 4:00 PM and made a bee-line for the air conditioned house.

It was a good day ride with some fine folks. I need to get out more often. 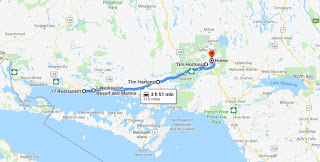