It suddenly hit me this morning that we will be leaving for the VROC Wolfman's Wandering Rally XIII in the North Carolina mountains in about ten days. Time is flying by at an ever increasing pace.

Manitoulin Island, at over 1,000 square miles, is the largest fresh water island in the world. On the north side, Highway 6 is joined to the mainland by a single lane swing bridge that used to accommodate both vehicles and trains. It used to be tricky on a bike navigating both uneven timbers and railway tracks but, these days, the tracks are gone and the timbers have been paved over. The bridge does, however, open for 15 minutes at the top of every daylight hour during the boating season so the taller watercraft craft can access the harbour. On the south side, Highway 6 is connected to the Bruce Peninsula by the MS Chi-Cheemaun, a large car ferry.

Native Manitoulin Islanders are a unique people. Known as Haweaters, they are proud of  The Island and their place on it. And then there are the many people who have weekend places or hunt camps there. Deer bound and abound everywhere, and many hunters keep their freezers filled with venison but driving (particularly at night) at night is a risky business.

Which brings us to Kevin. Although I met Kevin thirty years ago working on snowmobile trails, we were now both members of the Freedom Riders Motorcycle Association. He had forgotten something at his hunt camp the last time he was on The Island and needed to go and get it. He planned to take his '05 GoldWing and asked if anyone in the club wanted to go with him. Leo and I said sure.

We met at 9:30 AM this morning at a nearby Tim's and left with Kevin in the lead. I was really getting to like the second spot. It was about 80 miles to Little Current, with a stop half way at another Tim's in Espanola. 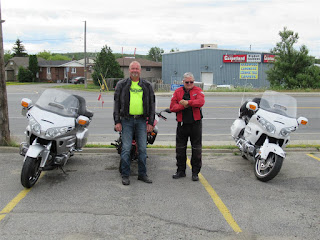 Kevin and Leo ready to roll 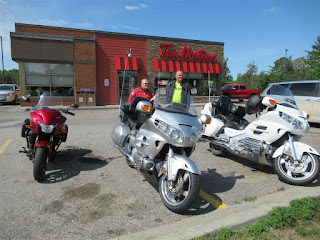 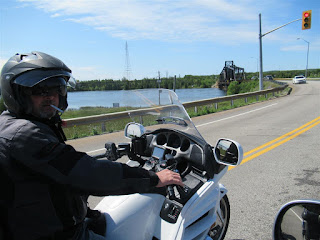 Waiting for the swing bridge to The Island

I know the main roads and towns on Manitoulin but Kevin's knowledge was a lot more in depth. The shortest route to his camp near Spring Bay was by Highway 540, but that road was gravel due to construction work. Instead, we were introduced to Bidwell Road, a road less known, less traveled and less smooth. Still, it was interesting. Kevin stopped for cheaper reserve gas at a place called Finn's Gas Bar on the M'Chigeeng First Nation (formerly known as West Bay) and then we stopped for lunch at Mum's Restaurant and Bakery in Mindemoya. 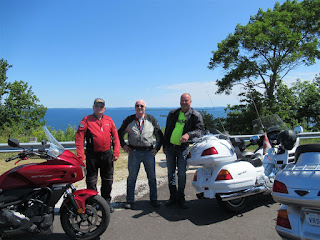 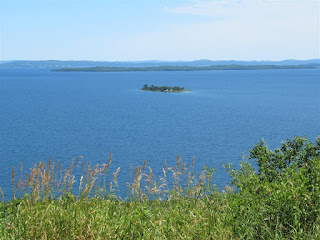 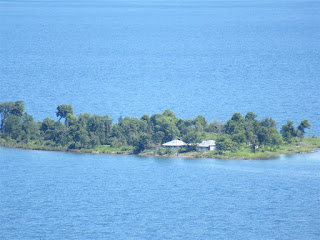 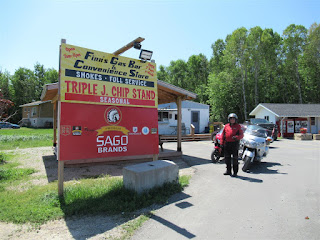 Gas was cheaper on the reserve 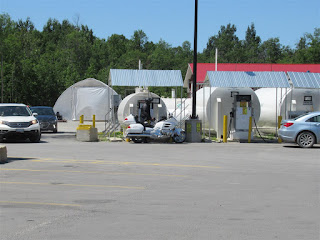 Kevin fueled up, I didn't 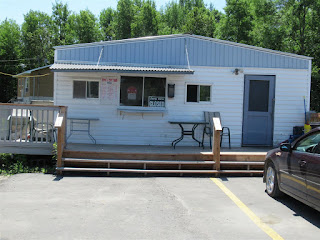 I couldn't have the fries anyway 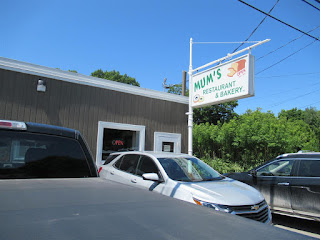 The baking looked amazing (I wouldn't know for sure) 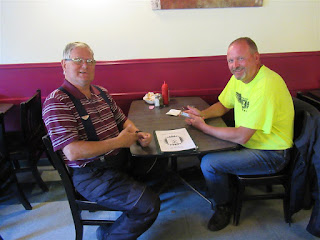 From Mindemoya, we rode past Spring Bay to the hunt camp, which was located about a half mile off the paved road. It was a cozy place with room for lots of people, especially if they got along well. Kevin grabbed what he needed and we started back via Providence bay and Manitowaning. 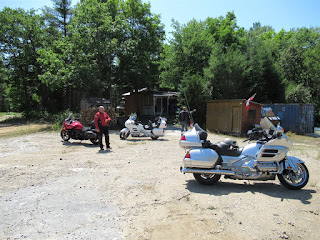 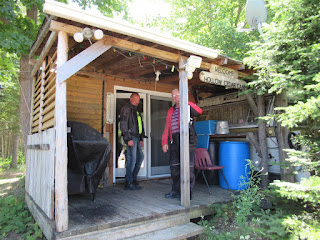 On Highway 6, we stopped at High Falls. It wasn't very high and not much water was falling at this time of year. Leo used the public bathroom and seemed to be taking a long time. Little did we know that the lock had malfunctioned and he was locked in. Instead of calling for help, he ended up kicking the door open. 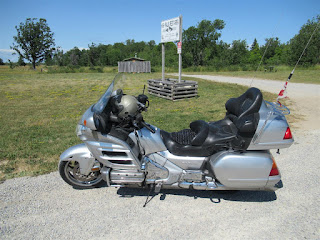 Stopped for a break at High Falls 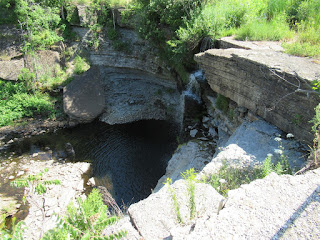 Not really so high 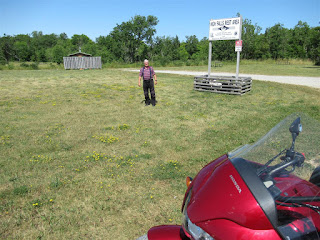 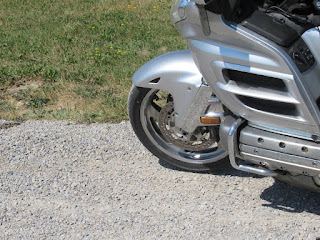 Leo and I stopped for fuel at the Shell in Little Current. I prefer Esso or Mobil for the Optimum Points but we were both pretty close to running on fumes. Then we stopped for some famous Farquhar's ice cream at 3 Cows and a Cone just before the bridge because Kevin needed a fix. I watched him enjoy. I have stuck to the diet religiously for three weeks now and the results are too good for me to cheat. 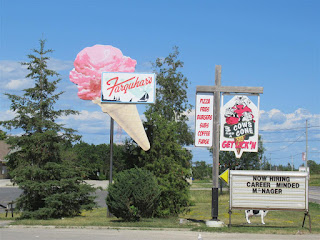 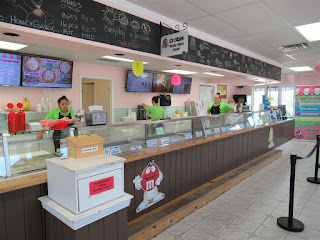 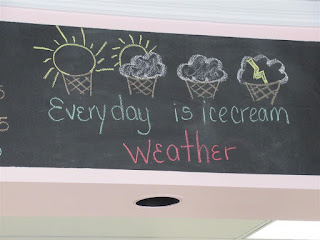 This weather forecast is never wrong 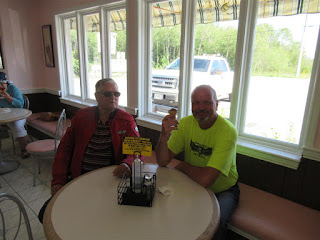 Leaving the Island, we rode home non-stop. Traffic was a little heavy but we had fun passing cars and trucks. I arrived back in the driveway about 6:00 PM after another good day in the saddle. 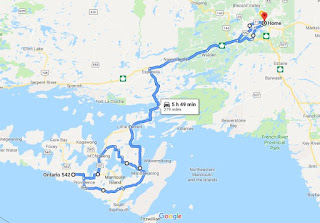