Sandy's brother Malcolm passed away on February 2nd in Vancouver. Her sister-in-law, Jan, held one memorial for him out there in May and now had brought some of his ashes east. The plan today was to have lunch with friends and family and then release the ashes in the West Arm of Lake Nipissing at the same spot we spread Harry's ashes in 2014. It's hard to believe that five years have passed since then.

Thirty-one people gathered at M.I.C. Canadian Eatery in Sudbury to remember Mal and tell some stories. These included his mother Jan, his wife Jan, Sandy and our kids and grandkids, cousins and friends. Some told some stories and shared some memories while we enjoyed lunch. 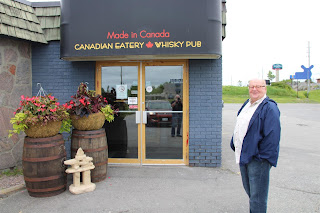 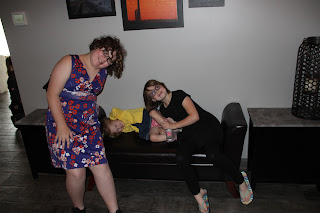 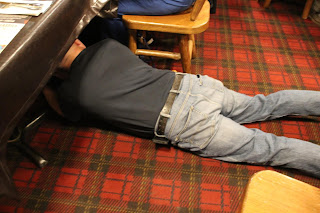 The table was rocking 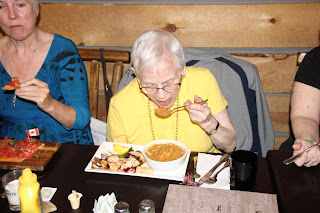 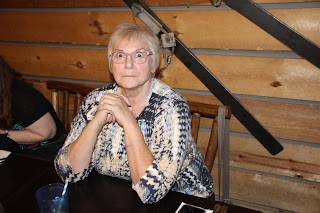 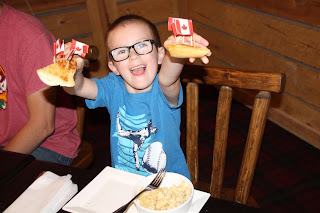 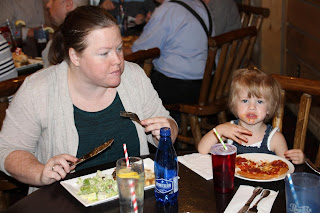 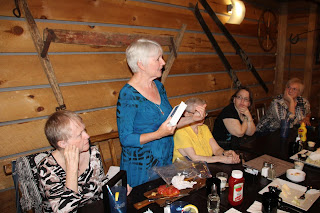 After lunch, we proceeded to a picnic area on Highway 64 between Lavigne and Monetville. Almost all of the people showed up. After she said a few words and read a touching poem Malcolm had sent her after they first met, Jan spread the ashes over the waters as Vince Gill sand Go Rest High On That Mountain in the background. Then many of the folks threw flowers in the water. 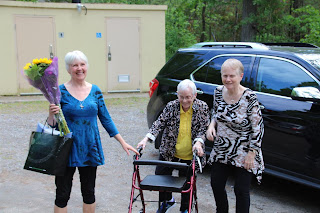 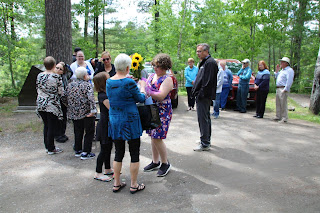 The clans have gathered 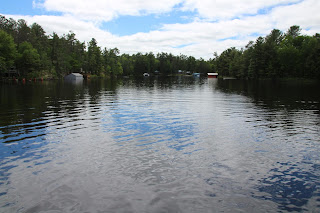 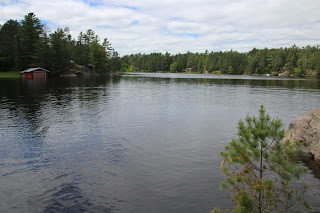 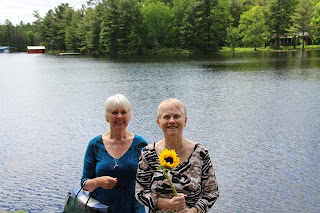 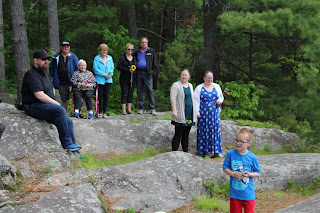 The rocks make a natural grandstand 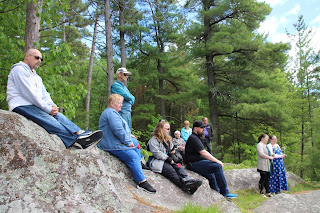 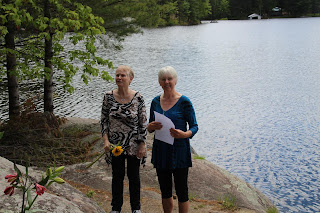 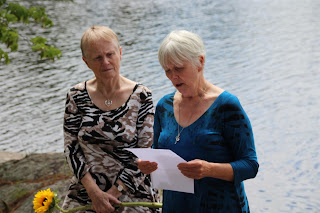 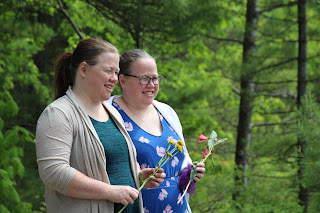 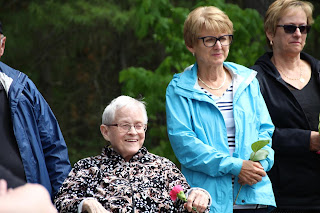 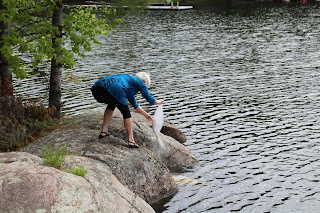 Committing Mal to the deep 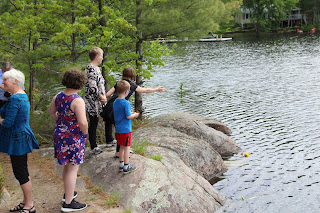 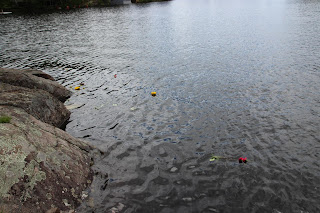 Which mark the spot 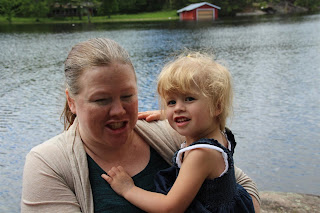 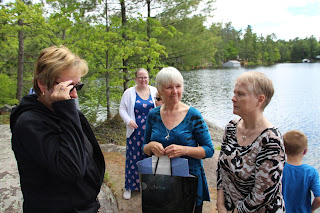 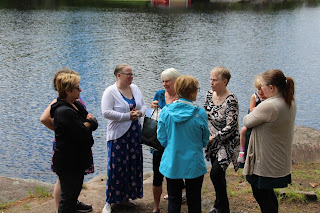 After it was all over, we returned to Sudbury via Noelville and Hagar and took Janet back to Extendicare. Then we headed for home. Our kids would not be leaving until tomorrow while we would be leaving Tuesday to take Jan to Saskatchewan. 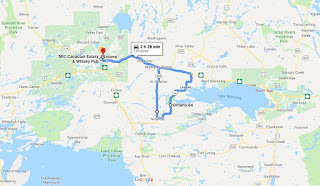