We were up at 6:00 AM. I did some Netbook research (posted separately), picked my NASCAR Fantasy League drivers for this week's race at Atlanta and caught up on some other chores.

Then came the reason for our trip down. Fred Poysor of London was being feted with a surprise 80th birthday party at the New Sarum Diner. You'd never know that Fred was 80, considering how spry he is. He credits chopping his own wood with his fitness.

Plans changed at the last minute and it was just Kim, Sandy and I going to the party. It poured rain as we drove down the 401 towards London and then cut south on 74. New Sarum Village has been there since the 1800's and has not gotten much bigger since them. We arrived at the Diner, about a block off Highway 3, and found the party was taking place in the hall out back. It was just was dripping with ambiance. 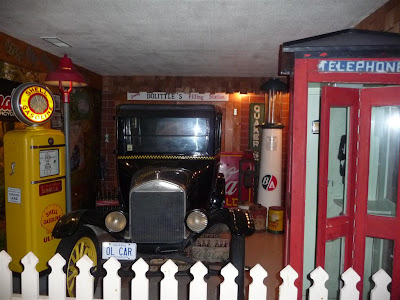 Display in the hall entryway
We were greeted by Fred's daughter and met Peggy, a rider we know from the rally circuit, as soon as we got in the door. There was a group of people in the hall that we didn't recognize, and a couple we did. Not long after, Fred and Ginger (dance, anyone?) arrived. He thought he was going to the famous candle shop down the road. 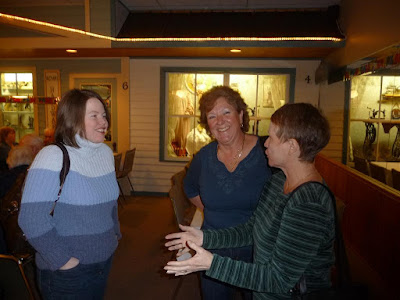 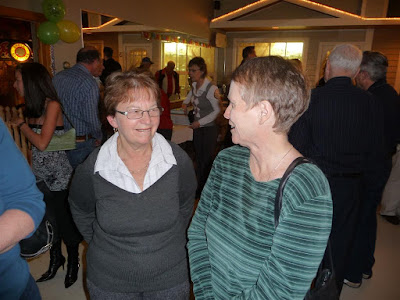 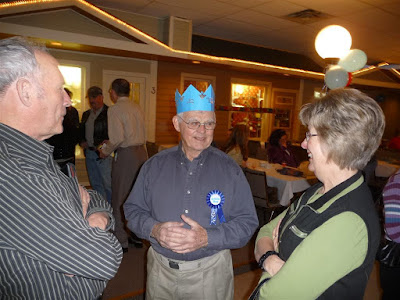 The Birthday Boy & Friends
Immediately upon arriving, Fred was given a Rickards Red. Then, as he worked his way through the crowd of well-wishing family and friends, someone crowned him. The Diner set out sandwiches and other food at a table and we grabbed some nourishment while talking about old times. A few other biker friends stopped by as well. Later, Fred cut the large birthday cake and I broke my diet to have a piece. I think the Rickards and sugar high got to Fred a little towards the end:-) 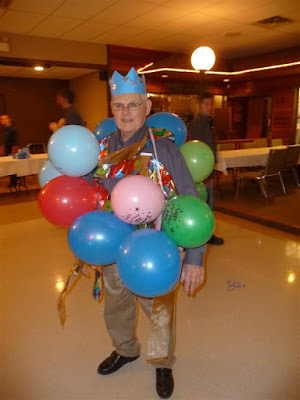 Makes me think of Showgirls gone horribly wrong
About 5:00, the party wound down and we headed back to Cambridge in a driving rain. Mike had prepared a fine supper of slow cooked beef with BBQ sauce, potatoes and spinach salad. Then we tucked into the dieter's friend, angel food cake. At least they tell me it's one of the better choices when on a diet. I'm not sure about the whipped cream and fruit on top.

We caught some TV and played with Jolene before turning in. I have never seen a baby this good. Very little fussing. So I'll close with a couple of today's baby pictures. 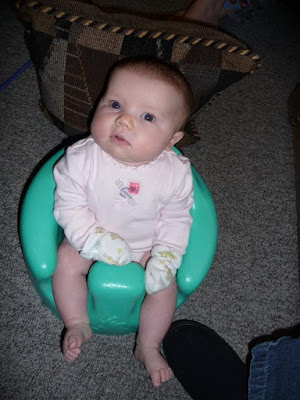 Are you looking at me? 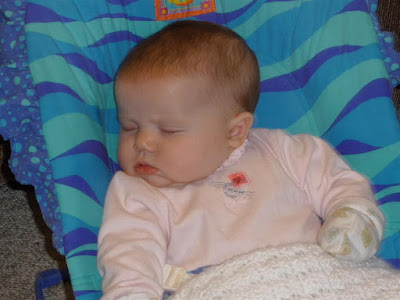