A&W Cruisin' for a Cause

Today was a good day for the MS Society of Canada as well as its Sudbury Chapter. A&W Cruisin' for a Cause is a major event benefiting the campaign to find a cure for this insidious disease. Sandy was diagnosed with MS back in 1984 and, even though she has a relatively benign form of relapsing/remitting MS, it has had an impact on our lives and we know many more who are much worse off. We volunteer with the Sudbury Chapter of the MS Society where I have been the Treasurer since last December.

Although the campaign by A&W is nationwide ($1.3 million raised last year) and there are five locations in Sudbury, logistics and room available limit us to having a presence at just two of them, both relatively new. In fact, the one at Silver Hills celebrated its grand opening on Cruisin' Day in 2012. In addition to staff soliciting donations for the cause, $1.00 of every Teenburger bought is donated to fund the fight against MS.

Sandy and I were assigned to work in our booth at Silver Hills. We showed up before 11:00 AM with the EZ-up awning and tables and met Cyndi, Sue and Randy, the first shift workers. After we got set up and filled balloons, Sandy and I weren't supposed to take over until 2:00 PM. Since we had nowhere special to go, we stuck around.

The A&W staff set up another awning next to ours where Lucy ran some kids games with prizes. Sue had personally gotten quite a few gifts for the kids as well. Where we were set up, we also had a chance to talk about the cause with the drivers in the Drive-Thru lane. A very attractive young lady from our local Hot 93.5 radio station broke the ice with a lot of guys. The support by the local stations was amazing.

The day flew by as people came and went. We were even privileged to have the Root Bear visit, delivered in a beautiful classic Ford Torino. Of course we had Teenburgers for lunch. At 5:00, a local band named Jeans and Leather Forever started to entertain the assembled multitude. Word from the other location in the south end was that they were doing at least as well as we were.

Mid-afternoon, I went and got the bike and, at 5:30, after Bridget and Mo showed up to work in the booth, Sandy and I rode down the road a bit to meet members of the Freedom Riders. At 6:00 PM, we rode back to A&W in a group for a (you guessed it) Teenburger supper. After 7:00, Sue, Randy, Sandy and I tore down the location and took all the gear back to the Rona Ramsey Centre of Hope, our local headquarters.

It looks like this year's campaign in Sudbury was wildly successful. My personal thanks to A&W for all they are doing to support this worthy cause and thanks to the volunteers we worked with. It was a good day. Here are a few photos I took as things went on. 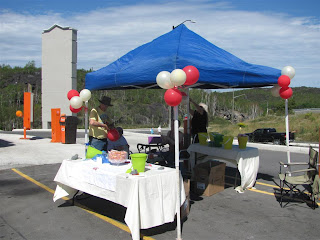 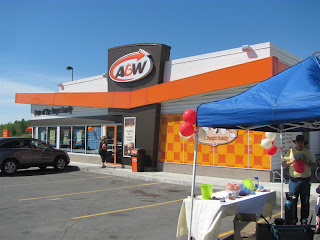 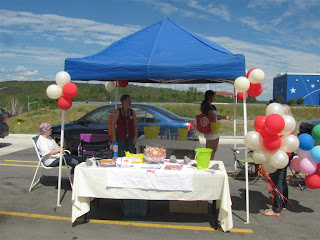 OK, we have enough balloons 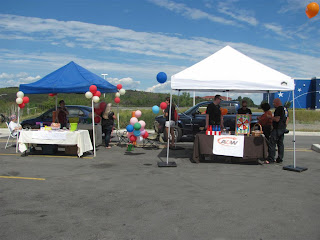 And now some are escaping 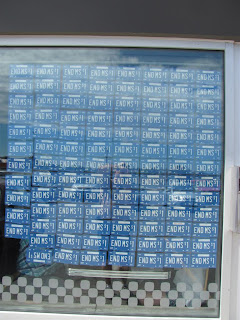 Names of donors earlier in the week 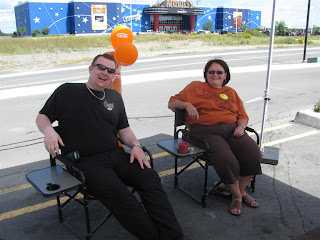 Eric and Lucy from A&W 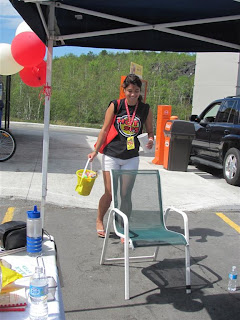 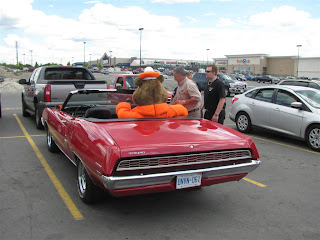 The Root Bear arrives in style 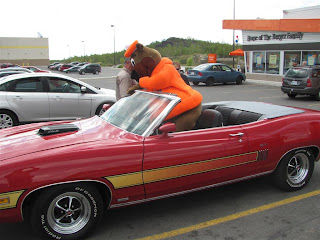 But getting out can be a trick 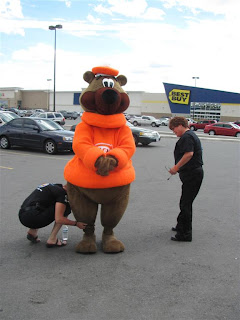 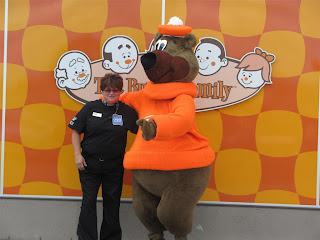 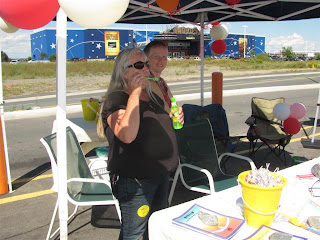 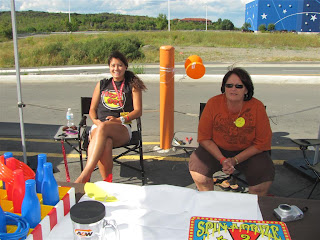 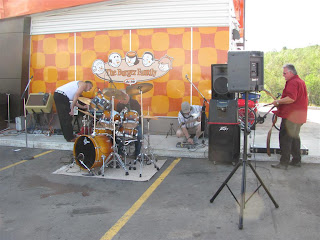 The entertainment setting up 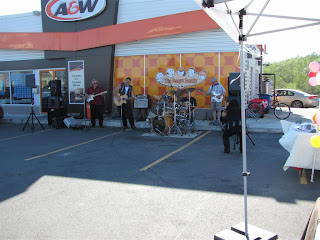 And, with the leather vest on, they are ready to go 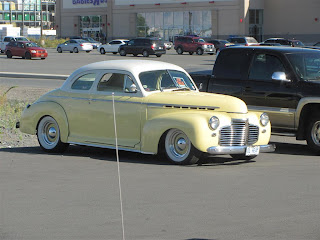 Cruisin' needed a few of these 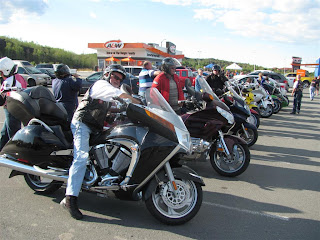