After the late arrival early this morning, I slept until 10:30 AM. When I got up, I had a coffee, swapped some photos with Mike and gave Kim a stuffed Eeyore to pass on to Jasper.

By 11:45, we had the gear in the Equinox and fixed the wing mirrors where some twit had folded them back while we were away. 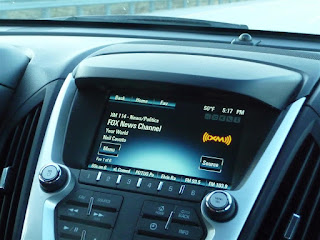 I have no idea why we have this picture

It was 50F and sunny when we set out. After getting food at McDonald's, we followed back roads to the 401 where the GPS took us towards Toronto. Because of the time of day, I had no qualms about taking Highway 401 to the 400 and avoiding the prohibitive 407 tolls.

There was a solid wind out of the south that pushed us once we got on the 400. It was still 50F near sundown while we saw motorcycles on the road. This was very unusual for November. The trip was uneventful except for a nagging pain in my lower right back, and we pulled into our driveway at 4:45 PM.

Looking back on the trip, we had a few observations.

First, the girls. We had been concerned about how they might behave since they can be a handful at times. But they were as good as gold throughout the trip. It was a major pleasure to accompany them to Disney World.

Second, the crowds. November is no longer what it was back in the day. There used to be two parks and four hotels on the property. Now there are four parks and we have no idea how many hotels. Looking at the latest stats, it appears the two weeks after New Years might be the best time.

Bottom line, the trip was expensive (especially considering the drop of the Loonie versus the US dollar) but we would not have missed it for anything. Next time, early January and a budget resort. 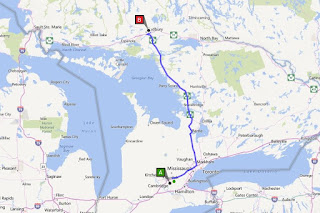