I had the alarm set for 6:00 AM, but we were up before that. Bill and Laura, Billy Bob and Linda and the whole Indianapolis crowd had already left. This was originally going to be a short trip to Bryson City for another week of fun in the mountains, but plans changed. Instead, we were going home.

Thanks to Jax, Bill, Carolyn, Jason, Mikey and others (especially Mark, who put some plans in play before misfortune caught up with him). These gatherings are the high points of our year and they don't just happen. All things being equal, we will be back in 2019.

It just took a moment to throw the overnight bags in the car. Butch was wiping down his Nomad so we said au revoir. The revoir should be Williams, Arizona in a few weeks. Then we were rolling through the early morning fog. After a quick stop at McDonald's in Waynesville (and a second trip inside because a bacon, egg and cheese McGriddle with no cheese should, in fact, have an egg and no cheese), we were moving east on I-40 towards Asheville. 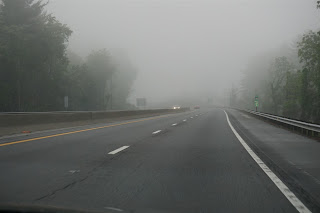 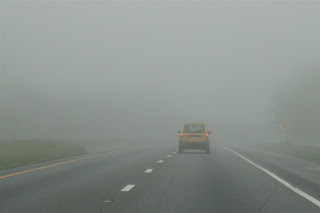 The fog gets thicker

In Asheville, I-240 took us to I-26 West (actually travelling north) up through Buckner Gap and Sam's gap into Tennessee. 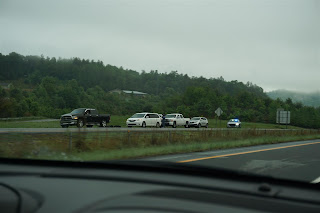 Something appears to have fallen off the pickup truck 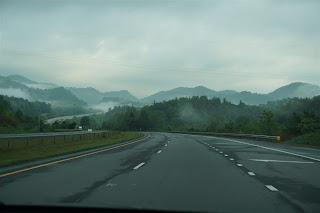 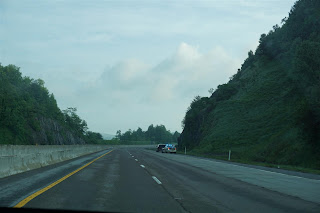 Police presence on I-26 downgrade in Tennessee

At Johnson City, we took our usual back road route to Bristol Motor Speedway and up the back way to Abingdon, Virginia where we stopped for coffee, a smoothie and the bathroom. 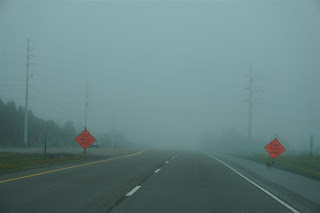 Something is happening at BMS

The next stage was I-81 to Wytheville where we stopped at the Travel Center of America for some relatively cheap fuel. And more coffee. 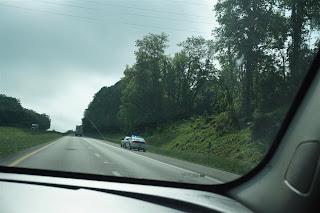 Another police car on I-81 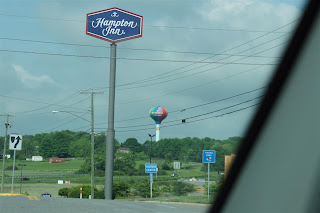 On I-77 North, we went right through the Big Walker Mountain Tunnel but got held up at the East River Mountain Tunnel due to a closed lane. After becoming accustomed to zipper merging in Sudbury, I was dismayed to see every vehicle merge as soon as they saw the sign. Since I would not take advantage of the empty lane and didn't want other late arrivals to pass all of us, I picked a partner vehicle and blocked the open lane all the way to the end of the lane where they let me in. 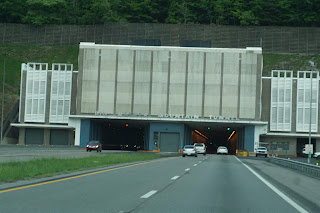 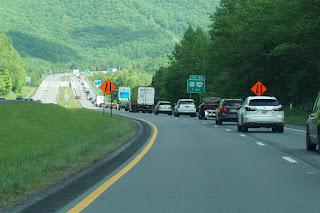 Lane ends - a mile ahead 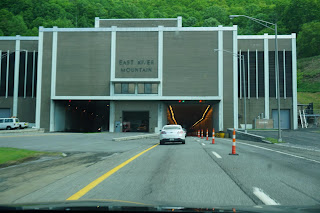 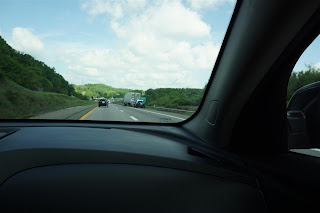 Another traffic stop - I-77 North 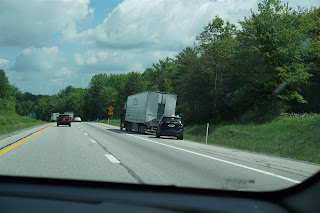 We caught US 19 at Beckley and then I-79 when we reached it. Then it was north to the Pennsylvania line. 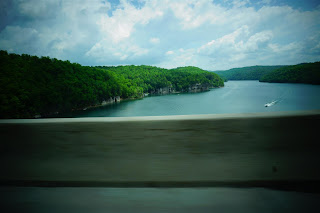 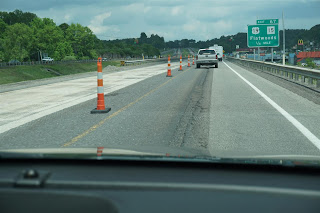 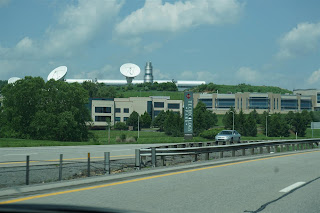 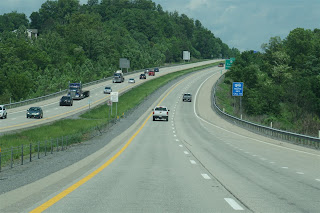 Many hills - mostly up 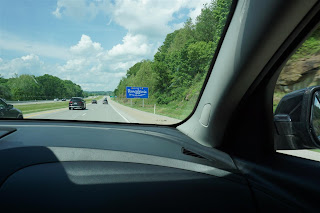 Welcome to the Keystone State

I stopped in a rest area near Pittsburgh and used the Wyndham app to book a room at the Super 8 in Grove City, Pennsylvania.

On I-79, there was another lane closure where all the vehicles merged prematurely. Once again, I was one of several running a rolling roadblock. This time when we got to the merge, some twit in a Ford Expedition went out of his way to freeze me out. I noted the Ontario plate and decided he must be from Toronto. The driver behind was gracious and allowed me a lot of room to slide over. 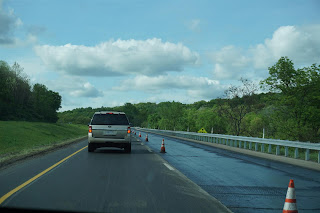 This person was a twit 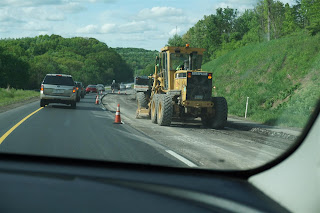 Working on a Sunday - good for them

We reached the Grove City Super 8 about 5:15. My favourite trailer spot was still available so I parked in it facing the exit. Our room was on the ground floor looking out at the car. The WiFi was on life support so I called the desk and they rebooted it. Then all was well. We skipped supper, settling for some of our travelling snacks. After I sorted the day's photos, transcribed my notes, posted our receipts and made up a list of purchases for Canadian Customs, we turned in early. 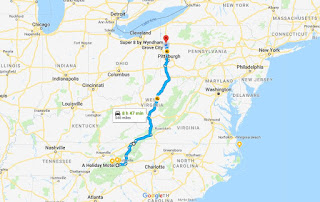