I slept in until 6:45 AM this morning after tossing and turning most of the night. I managed to get the photos and map for yesterday's blog set up but didn't get the writing finished before we left for Bryson City at 8:15. The objective was to pick up CC Rider at Two Rivers Lodge and continue on to the Everett Street Diner for breakfast.

Borys, Fly and Saddletramp started out with us but turned left at Country Vittles, leaving me to believe that they had not understood the plan. It later turned out that Borys had forgotten his wallet. All that remained behind me were Lucky Al, Billy Bob plus Sandy and Linda in her Buick.

The ride over Soco Gap to Cherokee on 19 was nice, with no traffic ahead of us whatsoever. We made it to Two Rivers at the appointed time and saw Blain, but there was no sign of CC. I knocked on his door whereupon he stuck his head out to tell us that his alarm had not gone off and he would catch up to us later.

It was past the morning rush at the Everett Street Diner, so we were able to sit at the only six person table right away. The breakfast special was two eggs, bacon or sausage, hash browns or grits and toast or a biscuit for $4.25.  The lady had our coffee there in a minute, carrying four full mugs in one hand, and had our food orders out in less than five. All this and a smile, too. I love eating here. CC never did show up. 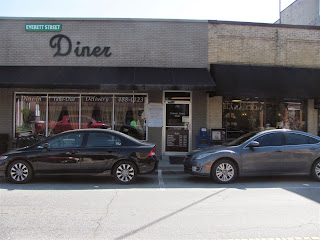 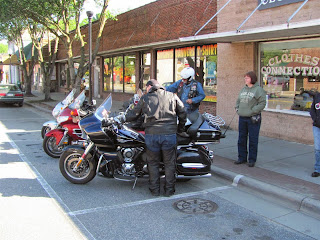 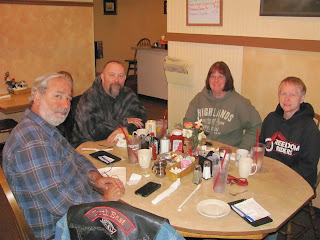 After breakfast, we mounted up to head back. Linda turned the Buick around and waited while I pulled out and made a U-Turn. Actually, I made a partial U-turn and dropped the bike right in the middle of Everett Street. When I started the turn, there were no cars going either way but after the bike fell over, there were quite a few cars that appeared out of nowhere to witness my folly. Al and Bob jumped in to help but I used the proper maneuver and had the bike up before they could get a grip. Bob pulled the sidestand down, something I couldn't do from where I was standing. Nothing was hurt but my pride and I have little of that these days, so no harm done. That was only the third time this bike has been over in 251,000 kilometers and I am really not sure what caused it. Gravity, I guess.

We followed US 74 and US 441 to Cherokee and then took US 19 back up over Soco to Maggie Valley. Al broke off in Cherokee to look for a gift for his grandson. Back at the motel, Flip's ride heading north to seek out interesting but obscure roads had departed. Southern Draw and Charm, Jason and Tracey and Wanda were just hanging out around the unlit fire pit. We visited for a while and then I went in to finish yesterday's blog and pay some bills. 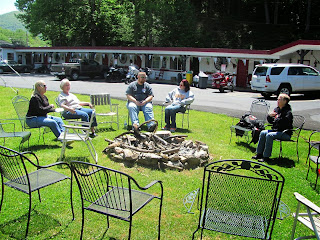 Hanging out at A Holiday Motel

Stewey came back from somewhere and Butch and Teresa arrived from Kentucky. Then Talon pulled in from Virginia on a Honda. It was good to meet him for the first time again (inside running joke). Soon after, Mikey got in from Georgia and Bass Man and Laura appeared from Arkansas towing a new Kawasaki Versys.

I got yesterday's blog post done and up but didn't get to the bills. 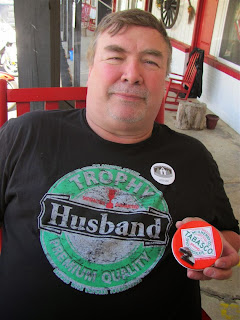 Stewey and his Tabasco chocolates 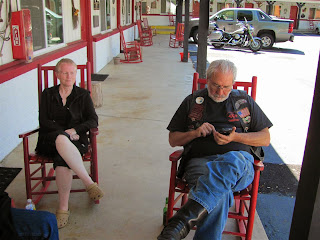 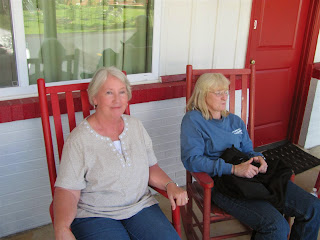 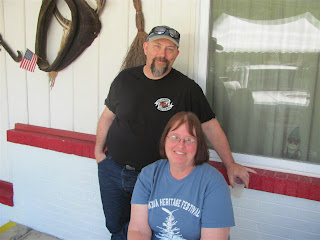 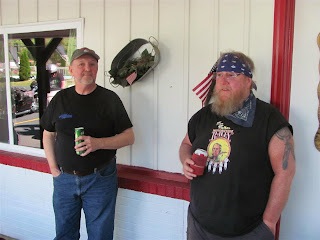 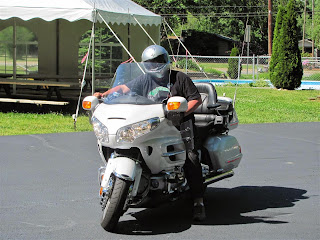 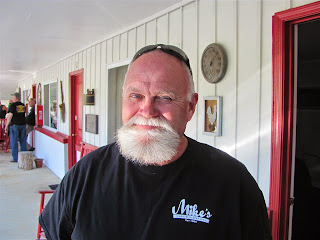 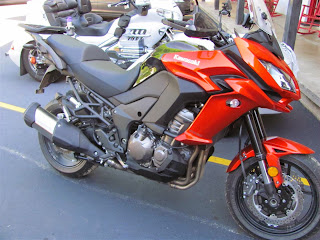 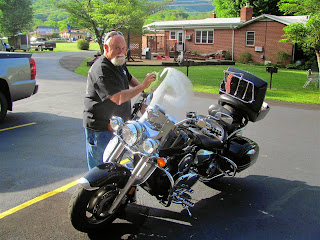 Mikey showing me how to clean

Flip's ride got back in from their explorations. On the way, they had picked up Southern Draw and Jason, who had headed out a few hours ago for a short run. Sandy and I walked up to Country Vittles where she had the meat loaf special while I had a chicken fried steak sandwich. That was different but I would eat it again. Bass Man and Laura joined us part way through.

On the way back, we saw that Debbie, Vickie and Kay had arrived from Texas and were unloading. 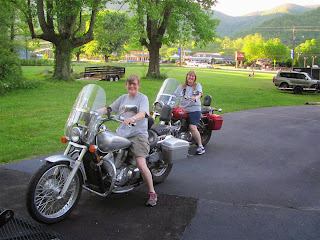 Vickie and Debbie from Texas

We spent the rest of the evening visiting and catching up. 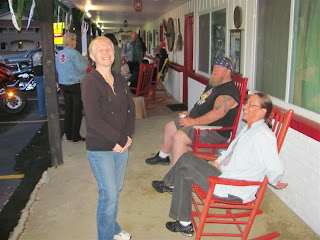 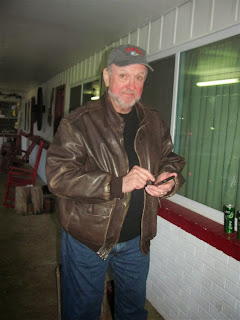 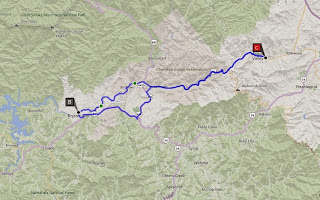