I had set the alarm for 5:45 AM and we got to the motel breakfast shortly after 6:00. We had already loaded our gear in the car. Art and his wife need to work on the breakfasts because there was no decaf coffee on the rack. Sandy doesn't drink real coffee so we stopped at the McDonald's right next door for two senior coffees to go before we left town. We also stopped to talk to a couple of locals, which added to our impression that folks around here were quite friendly. Although it was only 73F, the air already had an oppressive feel to it.

On the way out of town, we passed Fort Riley. This installation has been here since 1853 and was originally built to protect settlers moving west on the Oregon, California and Santa Fe Trails. George Armstrong Custer was stationed here for a while before his unfortunate encounter at the Little Big Horn, as were elements of the Buffalo Soldiers. The base is currently the home of the U.S. Army's 1st Infantry Division - The Big Red One 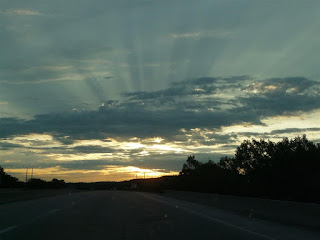 This part of Kansas is rolling, green and very pretty. The sedimentary rock outcrops reveal layers of different coloured rocks. I found with the 75 MPH speed limit that fuel mileage seems to drop off a bit, but you cover a lot of ground. West of Topeka on I-70, we traveled along the first eight mile stretch of the Interstate Highway System to be opened to the public in 1956. When I look at all the Interstate Highways opened in the 50's and 60's, I wonder how more than fifteen years have gone by since Ontario started four laning the one hundred miles of highway between Parry Sound and Sudbury and yet they are still nowhere near finished. 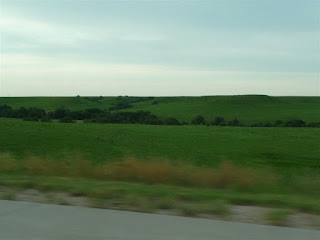 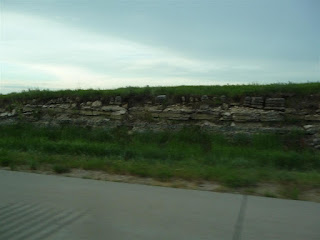 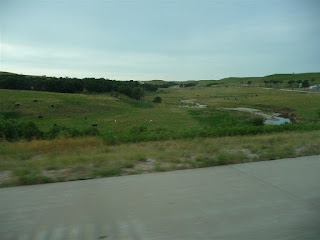 The GPS tried to avoid downtown Kansas City by sending us north on I-435 but it was Sunday morning and we had never been through either KC before, so I ignored it. The stretch of I-70 into the city was a toll road that didn't recognize my E-ZPass transponder but only cost us $3.00. It was quiet as we got a chance to look at the Kansas City skylines and crossed into Missouri. Then we headed north on I-35 out of the city. 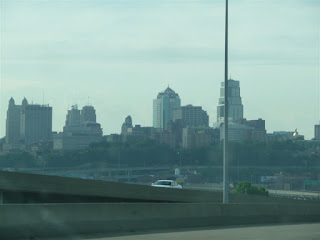 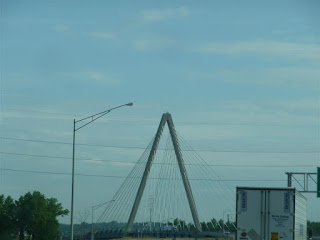 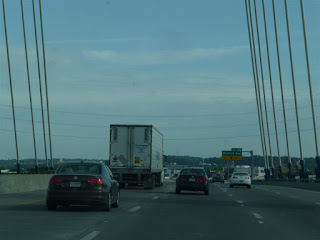 As we headed northeast on I-35, we saw an electronic sign alongside the highway that said "This is Missouri - Show me your turn signals". Drivers are really the same everywhere (except maybe Vermont). We stopped at a Love's Travel Center near the Iowa border for fuel and noted that the sale of fireworks must not be legal across the state line based on the two large specialty stores at this exit.

We did see some large turbine blades and tower parts heading south destined for some future wind farm. These are really becoming common all across the country. 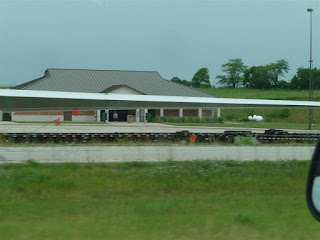 Turbine blade in a rest area 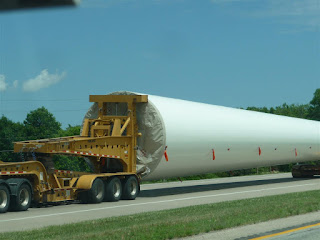 Turbine tower on the road

We reached Des Moines and transited to I-80 East where we found a lot heavier traffic. Particularly, the highway was rife with left lane hogs so I started driving Toronto style, making use of the right lanes wherever other people didn't. The biggest choke points were the RV's, 5th wheel and trailers puttering along and forcing the big trucks out to pass them. On top of that, the fine rain grooves in the concrete caused a steady howl as we moved briskly along. 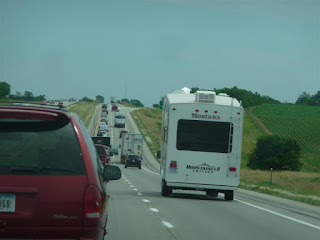 Before long, we cut north on I-380 to Cedar Rapids and found, once again, that parts of US 35 suck. It was almost as rough as home. Then we connected with US 151 and followed it northeast to Madison, Wisconsin. 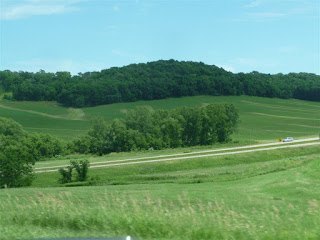 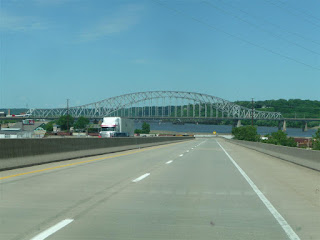 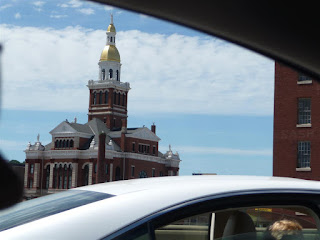 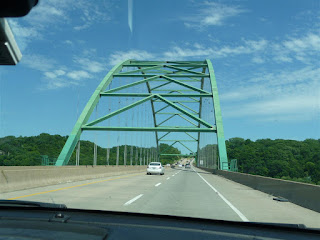 Bridge over the Mississippi River 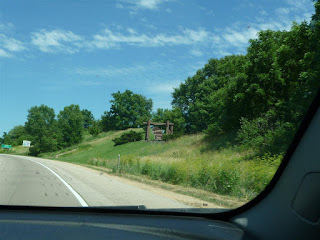 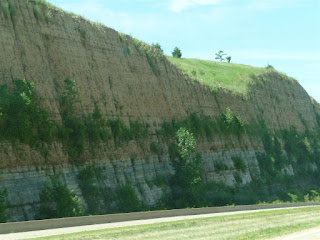 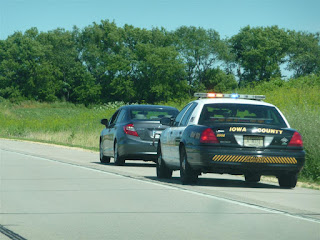 Iowa County is in Wisconsin

It was 87F under blue skies when we arrived in Madison at 4:00 PM, still in the Central Time Zone. We have stayed at this Days Inn and Suites a couple of times in the past, including our last trip with Ron and Brad from New England. It is a nice property. We went out and brought back another Subway sandwich for supper while I caught up with my unexpected success in the NASCAR race at Sonoma. My Fantasy League picks were right on the money for a change.

Although I have been able to keep up with the photos, maps and notes for the blog each day, the actual writing is taking a back seat. I spent the evening reading my Kindle and watching a bit of TV before turning out the light early in anticipation of another early morning. 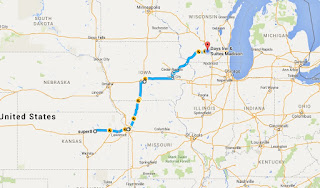