The first weekend has traditionally been the annual Toronto Motorcycle Show and VROC dinner weekend. The dinner has been sporadic the last couple of years but, especially with Rainman having relocated from Georgia to Toronto this year, we wanted to make it happen again. We planned to stay with Heather and Tom in Woodstock and all make the trek to Toronto tomorrow.

It was -36 C in Sudbury this morning with a wind chill that made it feel like -48 C. Talk about your Polar Vortex and I gave the truck extra time too warm up. We swung by the Sudbury Trail Plan office on the way out so I could pick up the coffee travel mug that I had left in Normie's car on our New Year's Eve Red Nose adventure. It had warmed to -28C by the time we got rolling at 11:00 AM under clear, bright skies.

The snowmobile trails we could see from the highway looked great. I knew a time would come when I was sorry there wasn't a sled in the garage and I think that time was now. South of Parry Sound, there was a layer of pressure ice on the roads. This occurs when the vehicles compress snow into a hard packed icy layer and the temperature is too cold for salt to work. It can be tricky but a steady hand and reasonable speed will usually see you through.

We stopped at Waubaushene for a bathroom break and so I could pick up some 5 Hour Energy drinks. Going through Barrie, the traffic ground to a halt and I was worried that a wreck had tied up the road. But no, someone had just put their brakes on near Essa Road and everyone reacted. Soon, we were rolling again.

It was Friday afternoon so going through Toronto wasn't an option. We went across Highway 9 to Mono Mills and then down Airport Road. Once we turned on old Highway 24, it was obvious that there had been a recent ice storm. 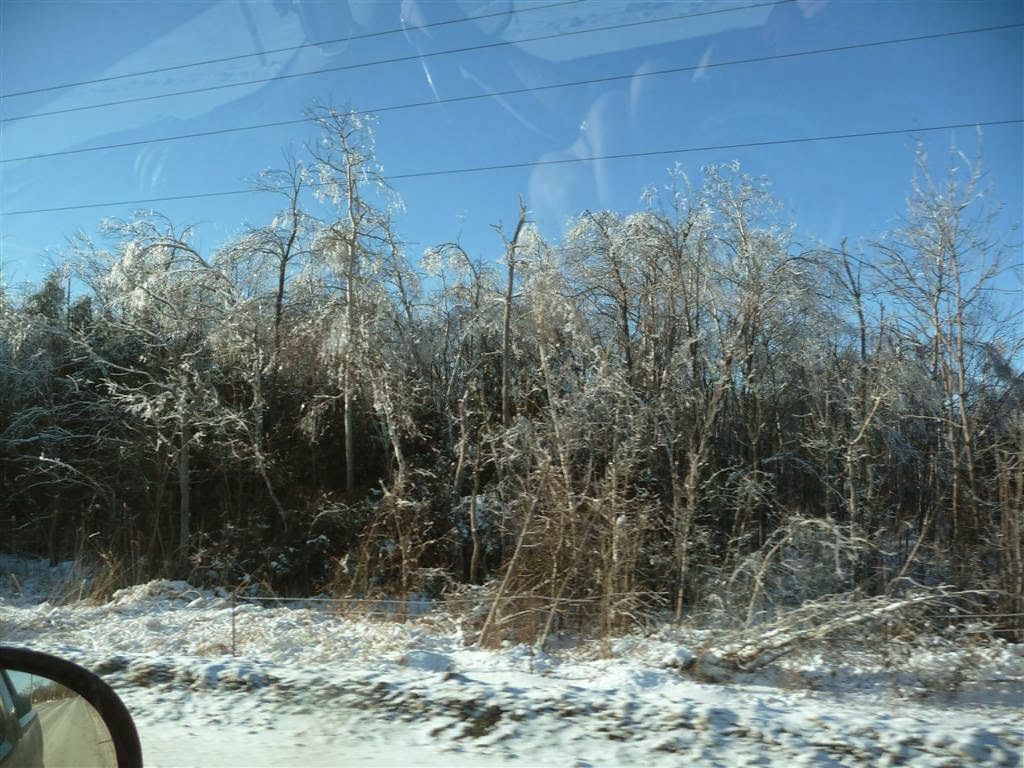 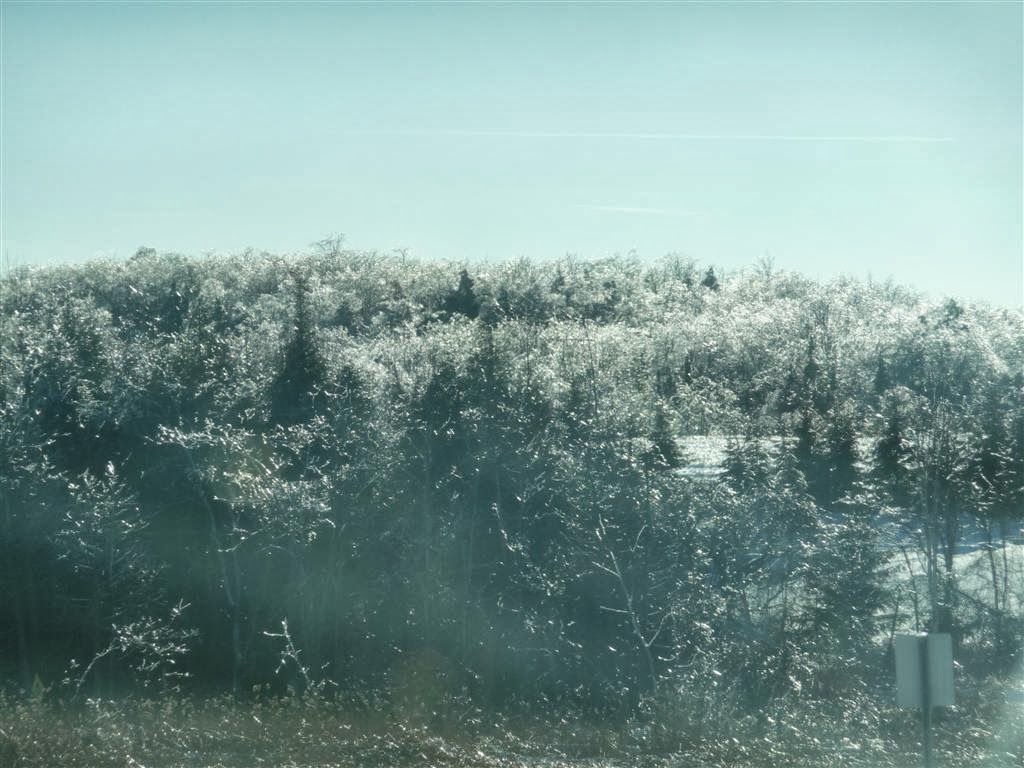 Sparkling ice as far as the eye can see


In Guelph, I tried a new route to avoid the rush hour traffic. Coming into town, I jogged west on Speedwell and cut up to Highway 7. We followed 7 to Breslau where we caught Fountain Street to Maple Grove to King to the 401. Not a bad way to go, but it will need some fine-tuning.. With the sun in my eyes on the 401, I missed the exit at Woodstock and had to go 7 kilometers to the next exit before we could turn around. We finally pulled into Heather and Tom's driveway at 4:45 PM.

I was feeling shaky and tested my blood sugar. It was, inexplicably, down to 4.3 (about 80 by US measure) so I had some juice to pick it up. I still haven't figured what drives the glucose levels in the short term.

Heather had just had a root canal done at the dentist and was feeling a little down because they couldn't freeze it due to her pregnancy. She is planning a home birth later in February and her doula, a sort of birthing coach, named Faith stopped by. It turned out that Faith had relatives in Sudbury. Her uncle is the late Marvin Smith, who I used to deal with when he worked at the Ministry of Natural Resources and I was head of the snowmobile association.

The four of us went out to Kelsey's for supper. My steak was only so-so, a disappointment because they usually have pretty good meat. Then we went back to the house and I worked on catching up my overdue blogs until we went to  bed about 10:00 PM. 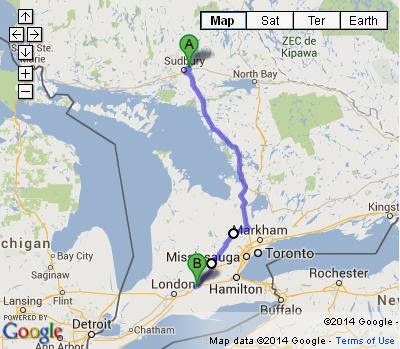