The Year So Far

We're not traveling anywhere with this post but I though that we had so much going on in the first 24 days of the year that I would get them recorded for posterity.

First, it continued to snow except when the weather got really cold. This is just like one of the real winters of days gone by. It seemed particularly onerous because we have become spoiled by mild winters in recent years. I have run the snowblower more than I did in the last four years combined and we have seen more mornings where the temperature ranged between -30 and -40C than we did in those same four years. But we haven't had it as bad as our southern friends who haven't seen a winter like this in decades, if ever.

Sandy's father, Harry, has been in the hospital for over two weeks as they  try to solve problems with a bladder blockage. He was supposed to come home yesterday and then today, but that was delayed due to some new issues. Harry is 89 and very sharp mentally, but his body could use a little tuning up.

The Avalanche has been experiencing some intermittent electrical issues. It loses power momentarily, just enough to reset the clock. I had the battery load tested and the charging system checked and all was reported as good. Then, yesterday, it refused to start. Stone cold dead, nothing whatsoever happened when I turned the key. I called CAA to get it towed to the dealer, but the fellow who showed up put his booster pack on it and it started. I wanted it dead so they could find the problem once and for all. Still, I drove it to Crosstown Chevrolet where they found the 175 amp main fuse (they call it the Superfuse) corroded so they cleaned it up. Interrupted power at this point could account for all the problems we have had. I hope this takes care of the issue.

I attended four sessions at the hospital Cardiac Rehab unit located in the YMCA building. This was an introduction to the gym for heart patients, most of whom had no history of working out. The routines were minimal, considering I started back at my regular workout routine in mid-December. My caseworker Trevor (also my fitness coach when I started at the Y twelve years ago) agreed that I would do my regular workouts and just consult with him going forward. I have a treadmill stress test with my cardiologist in early February to check out how the stent is working out and another the same week at the hospital arranged by rehab. This one will involve a stationary bike and an O2 mask to measure my efficiency and determine my optimum heartbeat range for cardio workouts. The Y threw a curve by shutting the exercise floor down for a week to install new equipment and I had to adapt to a new device called an Arc Trainer. After some time with it, I think it will work even better for me than my familiar elliptical.

The volunteer jobs have been busy. Action Sudbury Chair Ron and Secretary Mary went to Italy over Christmas and are now in Mexico until April. As Vice-chair, I will be taking care of business until they get back. The MS Society (where I am treasurer of the local chapter) financial year end and 2014 budgeting processes were compounded by the resignation of the Chapter Chair and a series of moves to improve our fiscal position. The Freedom Riders annual statements and 2014 Budget are required soon. To top it off, I have just assumed the roll of secretary/treasurer of the local OPP Veterans chapter and dues are now receivable. Once I get the work done, I am going to reassess my commitments.

I switched browsers from Chrome to Firefox due to the flaky way that the former was using memory. This has resulted in some tinkering. I also started using Todoist again. As the name implies, it is a system for keeping lists of jobs to do. It is better now than it used to be and is proving useful in coordinating all the tasks I have to get done. I still need to get a new printer to replace the one that is giving me problems.

Oh yes, and the snowplow got stuck again. 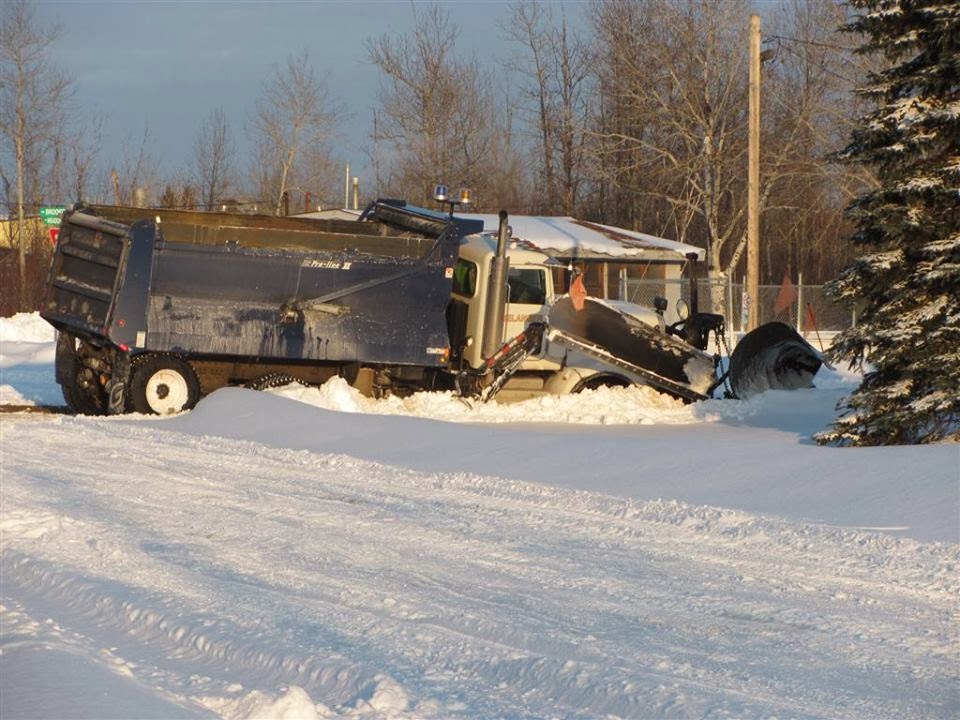