Most of the crew headed out for fancy breakfast but we weren't as motivated, so Zeke and Hang jumped in the Equinox with us and we went to The Golden Arches Gourmet Restaurant. All I can tell you is that a Big Breakfast With Hotcakes is too much for me in one sitting. 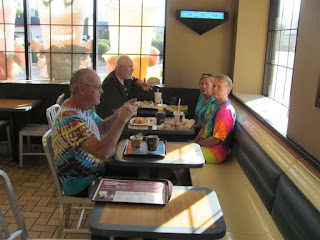 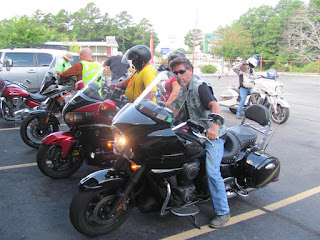 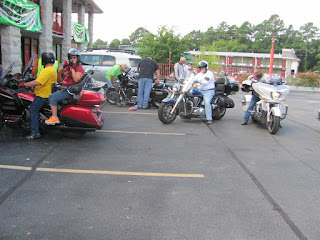 Heading for the ferry 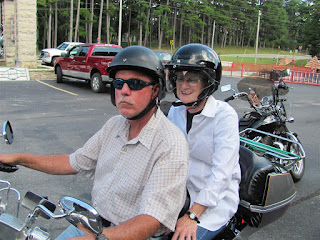 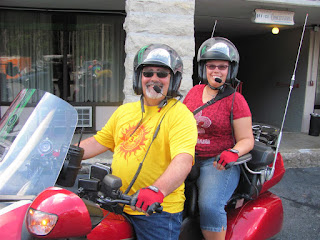 Boomer and Shannon are always smiling 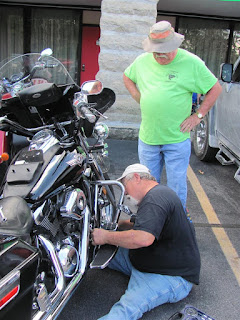 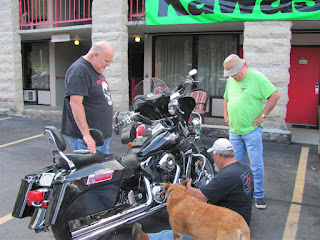 Sherm had reserved front row centre seats for the three of us at The Dutton Show 2:00 PM matinee in Branson. Zeke and Hang reserved some right beside us. The five of us squeezed into the Equinox shortly after 11:00 AM and headed north. I tried a new road north of Berryville. Unlike the twisty Arkansas 21 through Blue Eye, 221 is dead straight right up to Missouri 86. Then we went north through Lampe and Kimberling City.

The tickets were waiting for us at the Dutton Theater box office. There was some time to kill before the show, so we went across the road to Shindigs, a burger place attached to Mickey Gilley's. The burgers were good and they had smaller portions for those of us with less appetite. I had a very tasty small burger and fries. 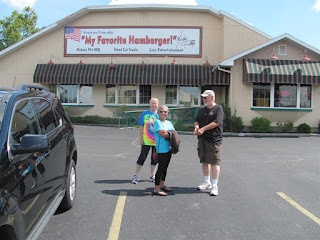 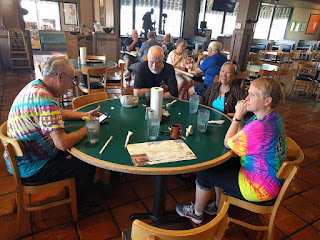 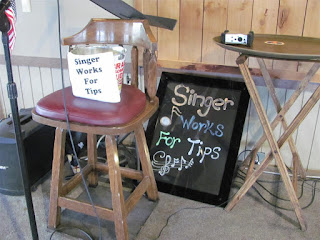 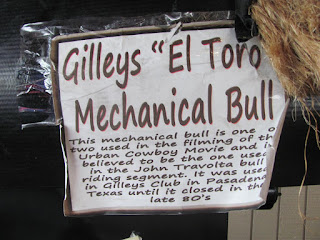 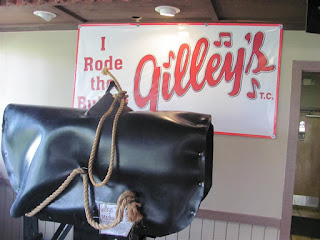 When our meal was over, Sherm walked across 76 to the theater. I drove the car to the parking lot at the rear, running over a curb with the right front tire on the way. Yes, our seats were front row centre. 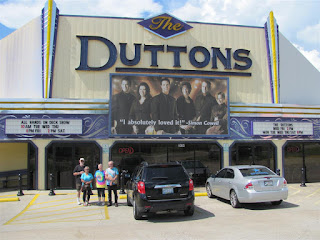 Waiting for the show 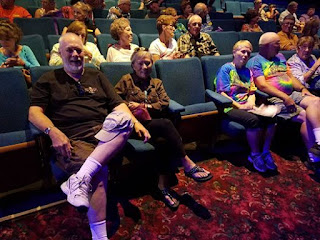 The show consisted of Mom and Dad (Sheila and Dean Dutton) and five of their seven grown children. Plus spouses. Plus grandchildren. The five kids play almost anything and the show was very high energy. I would see them again in a heartbeat.

The funny part came during the first half when Benjamin's "identical cousin Julio from Spain" showed up to audition for the show. He (Benjamin in costume looking much like Jim Carrey) ended up holding up his end of Dueling Banjos with a collection of squeeze horns attached to his lime green jumpsuit. While he was doing his routine, he started noticing Sandy and, at the end, he came down and asked her to squeeze his horn, embarrassing her completely. We loved it!!

In the second half, Julio was back using a looping pedal to accompany himself on various implements from his janitorial cart. Then he came down and asked Sandy to stand up. He asked her a few questions and then had her say "Julio" with as much passion as she could muster into the microphone. This looped in with the rest of the sounds, and we heard her voice for the rest of the time he was on stage. He gave her an autographed  T-shirt (below) and a gift certificate for Shindigs for $20.00.

I had already bought her that shirt at intermission, but Julio said she could give that one to "the strange man sitting next to her". Benjamin later said she could exchange it at the gift shop, which we did. I bought a DVD of the show and will post a clip once I figure out how to edit VOD files. 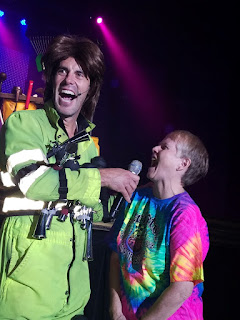 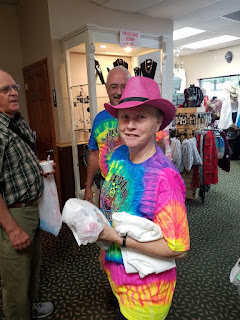 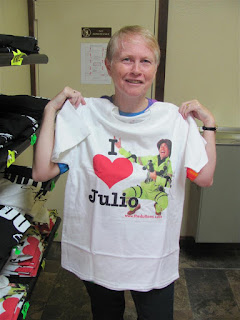 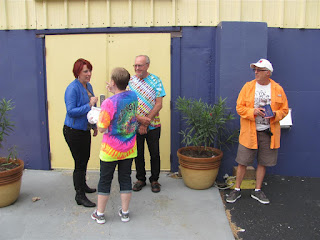 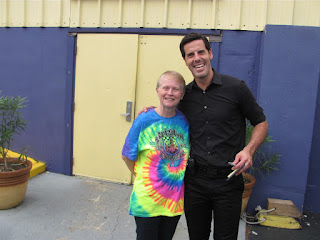 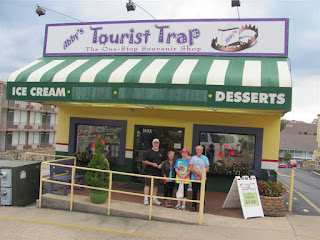 The sky was looking pretty black so we stopped back at Shindigs to exchange Sandy's $20 gift certificate for four cobblers to go. We headed back to Arkansas via Highways 165, 265, US 65 and good old 86. Under steady rain on 86, we saw a motorcycle off the road on a grass shoulder, but there were already vehicles stopped and the rider was getting up so we kept going. 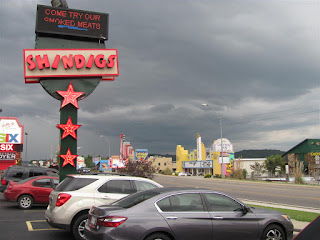 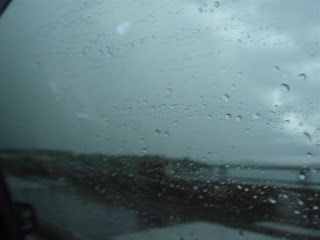 Glad we're not on motorcycles

Back in town, we waved at the Stonegate as we drove past headed for Mertie May's and another soup and salad bar. This was what we felt was a responsible meal choice. Once again, I ate too much but at least some of it was the right stuff. 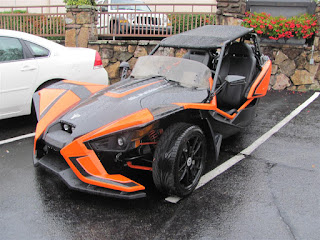 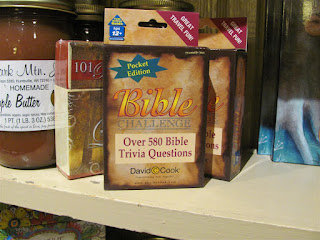 We got back to the hotel about 7:30 and I alternated periods of socializing with periods of working on the blog. Again, we went to fairly early although the party outside our door went on for quite a while. 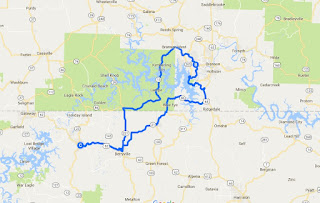