Thanks to everyone (especially Laura) for another great VROC gathering. The Stonegate Inn worked out well for us. The WiFi could have used more bandwidth, since it stalled when we all got on line, but it was better than most places VROC ends up. In-room coffee would have been nice as well. Maybe we will go Biker's route and start bringing a Keurig. All in all, we had a great time.

We were up at 4:15 AM. Sherm was out the door at 4:25 while we hit the road at 4:40. It was a pleasant 66 degrees although there was a lot of condensation on the windows that the climate control system in the Equinox did not seem to be able to handle for a while.

It was just after 5:00 when we went through the McDonald's parking lot in Berryville but none of the outside lights were on. We opted to keep going up through Blue Eye into Missouri and over to US 65 North. 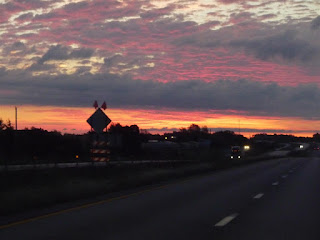 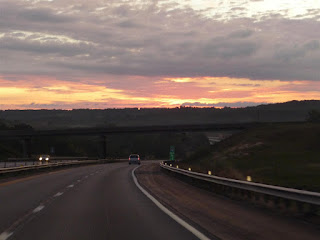 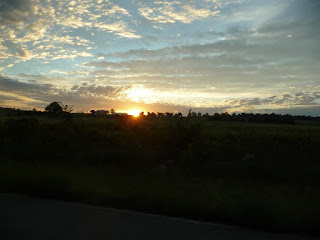 We stopped at the McDonald's we sometimes visit in Ozark. They had kiosks like we have at home, but they were not operational. The young lady said they were an experiment, as was the Build Your Own Burger, so I guess Canada is ahead as far as Mickey D's technology goes. Except for all day breakfast. We don't have that.

Heading northeast on I-44, the sun was in our eyes except when we encountered occasional patches of fog. Rather than go through St. Louis like usual, I decided to take I-255 and cross the Mississippi River south of the city. We got fuel in Sullivan and lunch at the McDonald's in Effingham. 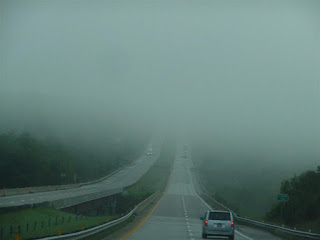 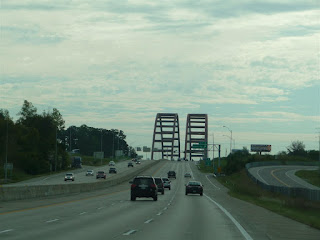 Bridges over the Mississippi River on I-255 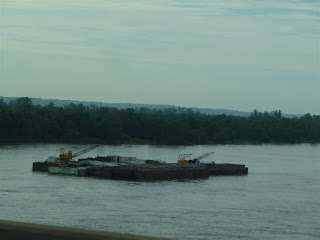 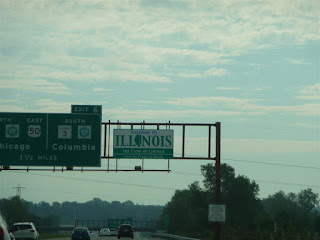 From Show Me to Land Of Lincoln 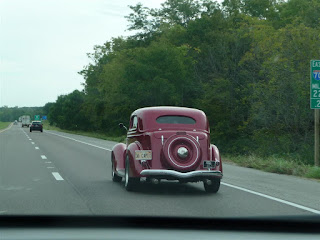 Nice vehicle for a Sunday drive 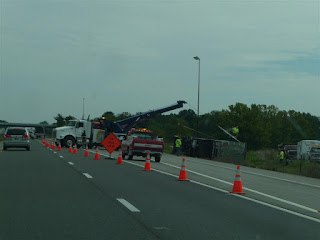 Someone zigged when they should have zagged 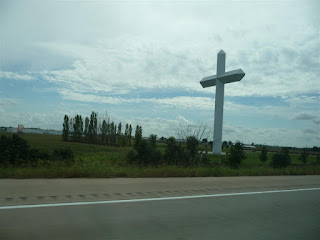 We continued on through Illinois on into Indiana where we went south around Indianapolis on I-465. We came out on I-69 up through Fort Wayne, rolling into Auburn at 5:00 PM Eastern. Losing the hour moving east did not set us back much. We took a tour through town before returning to the Hampton Inn. With 692 miles down today, we would have a little less than 600 to cover tomorrow. 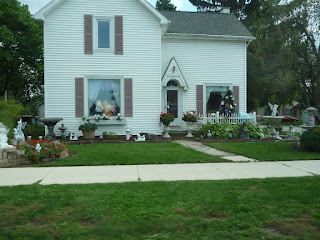 A house in Auburn Illinois

After we settled into our room, we went to the nearby Cracker Barrel for supper. We called Sherm and found he was almost to Grants, New Mexico and still rolling. Supper was OK but my chopped steak was a little too well done. 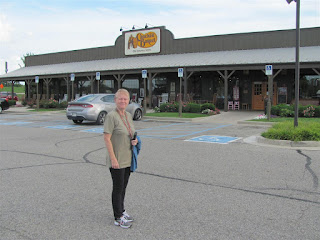 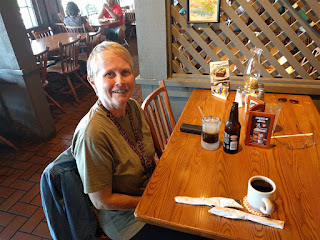 They are all the same

Back in the room, we went to bed early. Hampton Inn's have the best mattresses and pillows. We can't afford them all the time (or maybe we can?) but we don't avoid them when one is in the right spot. I read for a bit and then fell fast asleep. 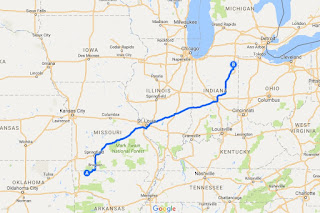