Seventy-four years ago, allied soldiers stormed the beaches of Normandy. I took a moment this morning to remember D-Day and all the brave souls who made it a success.

We had a short way to go today and a long time to get there so we took our time getting up. Then we had the hotel hot breakfast. I did, anyway. Sandy stuck to her usual raisin bran and yogurt while I downed scrambled eggs and sausage links. We pulled out of the hotel lot westbound at 7:50. 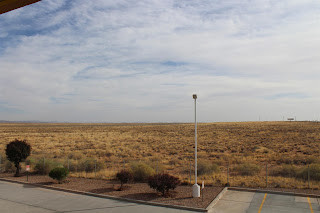 The desert was still there this morning

The GPS was still suffering. The speech part was starting to sound like Mel Tillis which, much as I loved Mel, was making me crazy. My plan was to get a fast Micro-SD card at WalMart in Flagstaff and, when we were settled, copy all the data on the current card to the new one. Perhaps the card had been compromised by heat or some other action. 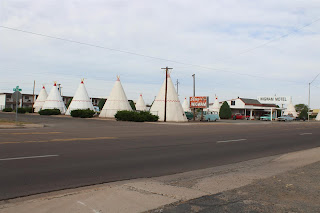 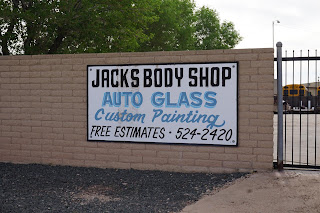 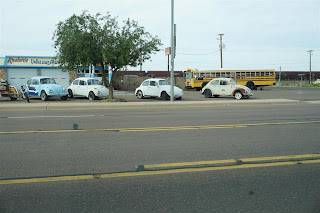 One of these would be nice for old time's sake 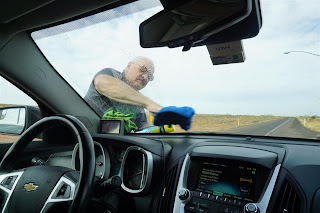 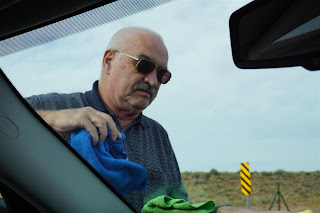 I do this as well as drive and plan

I-40 took us west out of Holbrook. Traffic was mild. 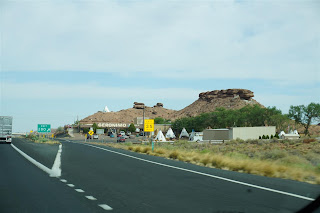 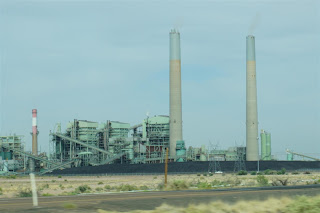 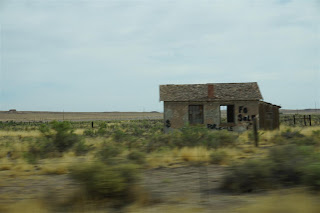 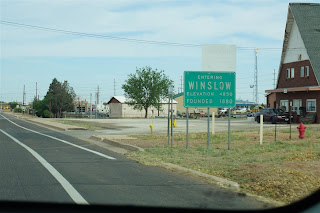 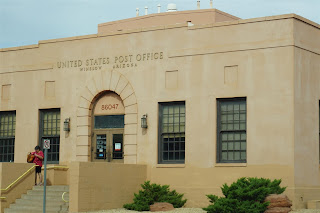 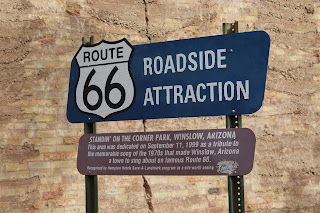 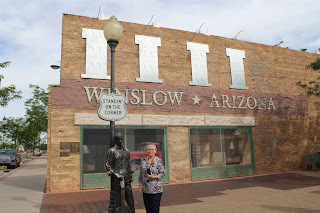 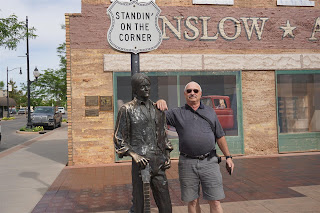 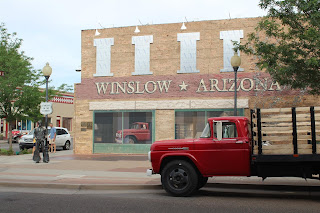 After standing on a corner, we continued on towards Flagstaff. Sherm called and said he had to go to the Sprint store there, so that was designated the rendezvous point. 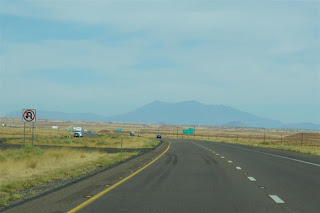 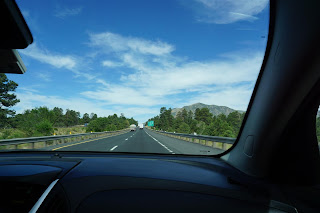 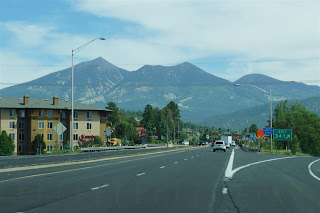 Heading for Walmart in Flagstaff

We got the SD card at WalMart, plus some snack food. This store was laid out unlike any other WalMart I have seen. They had what we were looking for but not much of it. We got our stuff and left to get Sandy a smoothie at McDonald's. I had coffee. Sherm called and said they were in line at the Sprint store, so we decided to go to him. The funny thing was that as soon as I fired the GPS up, it responded and performed normally. 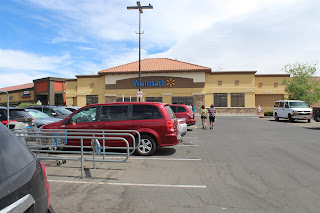 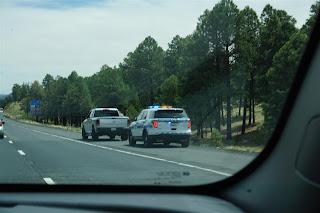 Police enforcement on I-40 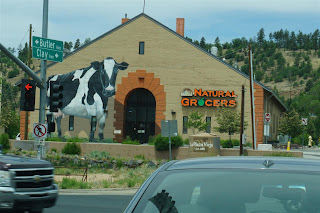 On the way to Sprint

Sherm found us as soon as we pulled into the parking lot. After we greeted him and Pat, we headed for yet another McDonald's so Pat could have a bite to eat. Sandy and Sherm weren't hungry but I tried one of the new Quarter Pounders With Cheese. it was pretty good. Then we headed for Williams with me in the lead.

We encountered some kind of blitz where officials were pulling over every big truck and checking them out (including under the hood. Then we were into 45 MPH construction zones all the way to Williams. I held to the limit despite the 75 showing on the GPS because that police officer in Casper last summer told me to watch the signs, not the GPS. 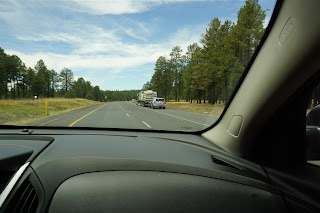 Pulling over a big truck 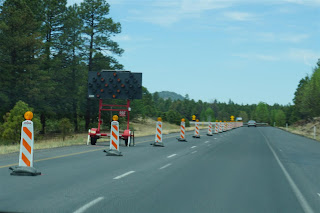 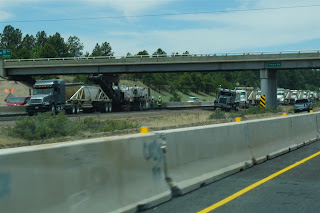 They are doing a major reconditioning of the highway 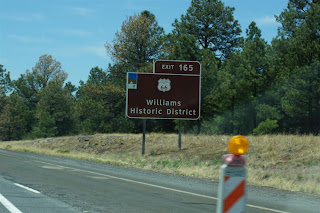 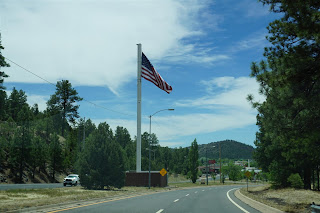 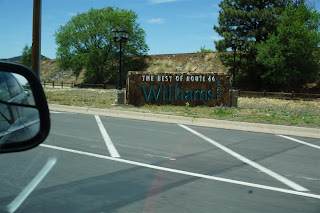 Aiden, at the front desk, checked us in early. The fun was about to begin. 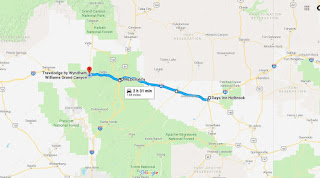