We left the Super 8 in Sioux Falls at 7:20 Central Time, stopping at a BP station for fuel. The pump had two 87 octane selections, with and without ethanol. The premium for pure gasoline was 45 cents per gallon. I gave it a try and, for the price, was not impressed. I wonder how long before the ethanol lobby runs out of steam? 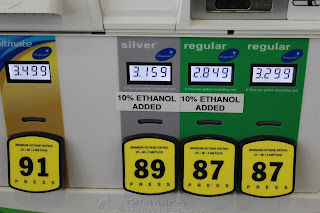 Ethanol choice at a price

We stopped at a McDonald's off I-90 for breakfast to go (I really need to get back on my diet). It started spitting rain as we approached the Minnesota border, which we crossed just after 8:00 AM. The Interstate was closed near here yesterday due to flooding from heavy rains, but all we saw was about eighty miles of water standing in the fields. 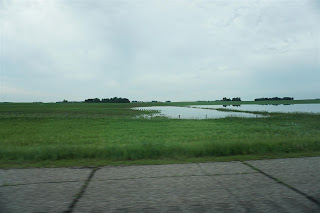 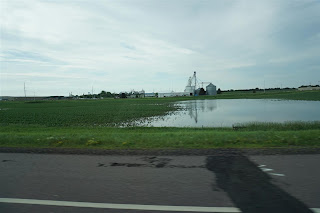 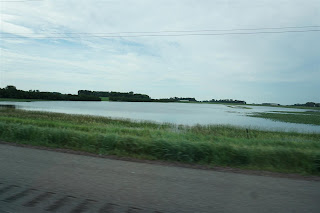 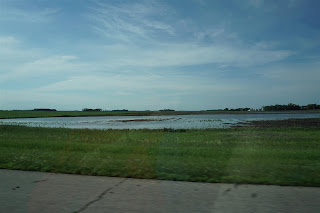 At the state line, the speed limit dropped from 80 MPH to 70, which felt like a crawl. Several wind farms were idle. I thought it might not be windy enough, but then we saw them being allowed to start one at a time. Perhaps they had been shut down due to a surplus of electricity? There were hundreds and still more being constructed. 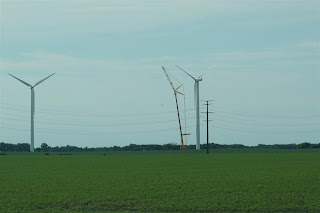 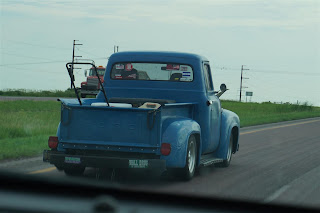 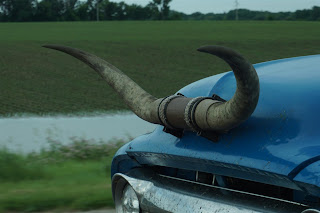 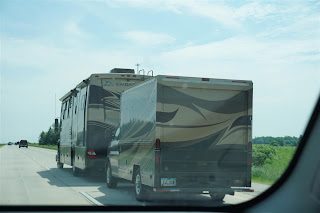 This was something we hadn't seen before 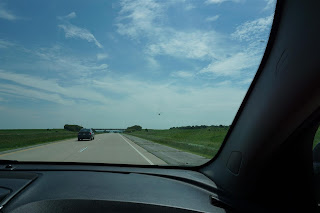 The speck right of the highway... 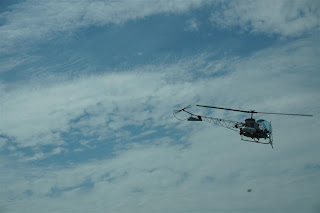 ...was a crop dusting helicopter 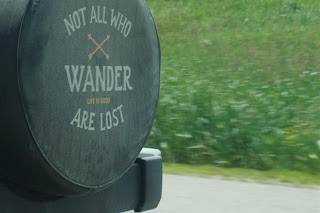 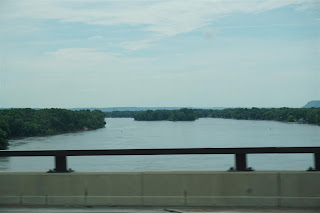 Crossing the Mississippi River into Wisconsin

I-90 was not the most interesting road to travel in this part of the country. We departed 90 when we got to Tomah, Wisconsin and drove up through town to a very busy McDonald's for lunch. The overcast we had started under was gone and it was now sunny and hot.

Heading east from Tomah on Wisconsin 21, we found ourselves on a two lane highway. After passing a couple of big trucks, we were able to hum along at 60 MPH. If you look closely at the map, you will see that I didn't look closely when I gave the GPS the destination. Those who follow our travels will be aware that this is a bad habit of mine. This time, instead of staying on 21 to Oshkosh, we made a loop to the north before getting to I-41 at Appleton. 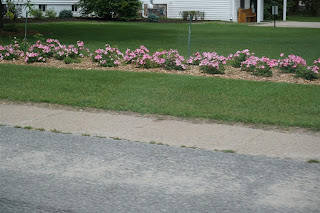 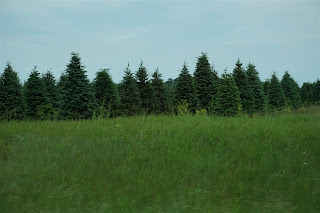 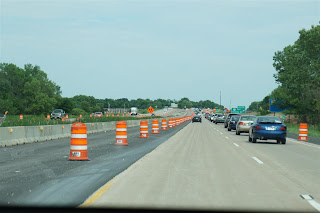 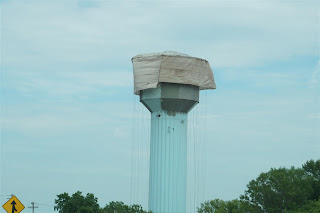 Once we reached US 41 at Green Bay, it was just straight on to Marinette, Wisconsin. I remember when most of this road was two lane but it is now four lane all the way. We arrived at The Baymont Inn in Marinette at 5:00 PM Central. Getting into the parking lot was a bit tricky, but the room was nice and there was an attached Subway.

We have never stayed at a Baymont Inn before. It is part of the Wyndham chain, so we accrued some points. When we checked in, the clerk had us initial a list of rules but I had no problem because they were all directed to respecting the rights of the other guests. Good for us but it probably not for one of our motorcycle clubs. 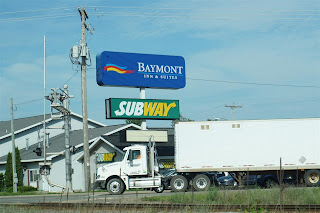 Our home for the night 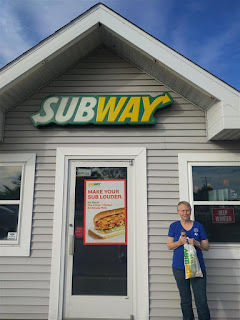 After getting the bags in the room, we went next door and got a 10% discount on our shared ham/provolone sandwich deal and then went to bed early. Tomorrow morning, we would be crossing the last time zone and tomorrow night we would sleep in our own bed. 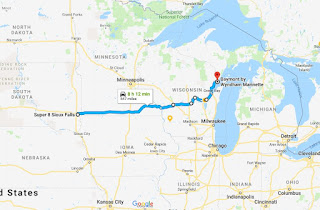