Sherm was up at 5:00 AM and left soon after with Mongrel. We got up about 7:00. The WiFi was still (again?) dead. They had some kind of portable flea market going on in the parking lot. 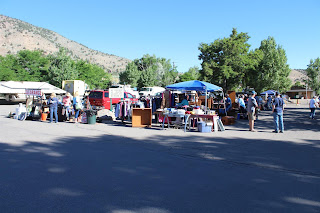 We got to the Lakeview Cafe about 8:00 AM where we found a few departing rally folks enjoying breakfast. There was time for a few more goodbyes as Nite Lite and Linda plus VSP headed for home. Phil was staying with us today as were Six Pack, Lonnie and Carl. A bit later, Jim and Laurie stopped by to bid adieu as they headed back to Pahrump, Nevada. 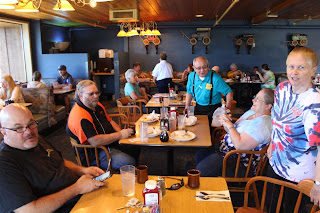 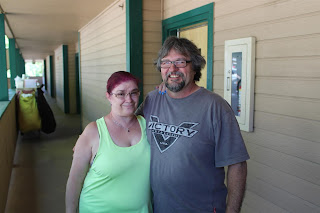 Phil thought he would go for a ride. I sat down to deal with three days of blog posts that required stories and captions. The WiFi was in and out but I used it when I could and resorted to using the phone as a data hotspot when necessary. I managed to get Wednesday and Thursday caught up by 1:20.

Figuring I needed a break, Sandy and I took a drive to Bridgeport, California by the back roads and came back via US 395. 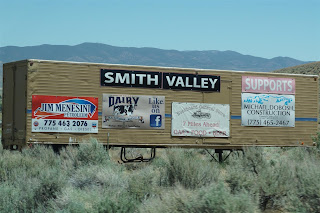 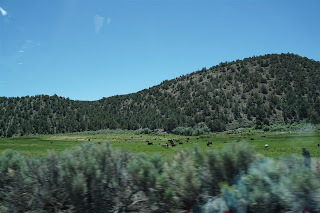 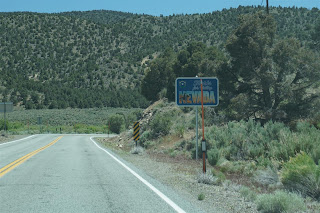 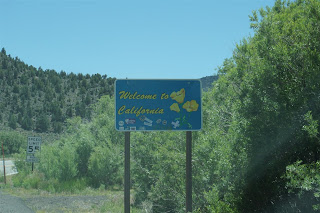 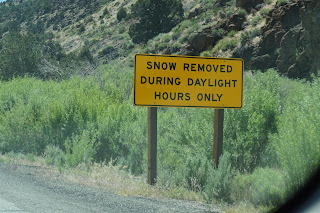 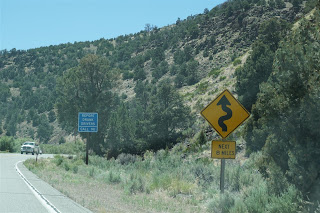 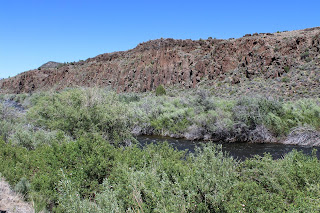 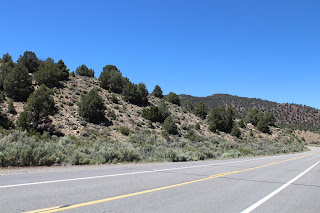 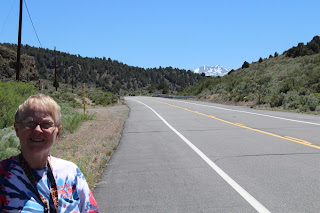 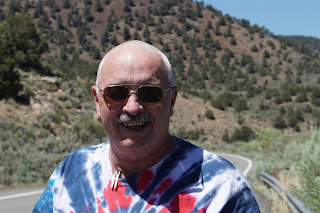 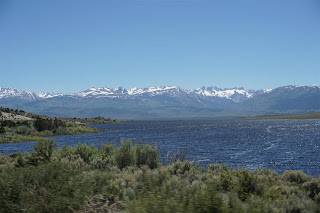 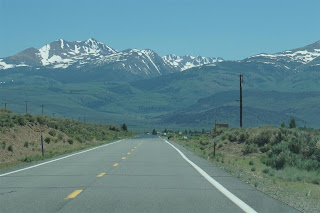 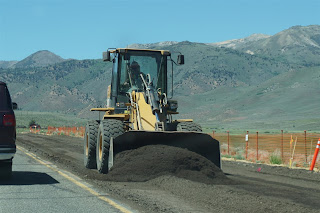 One of the two construction zones was working on Saturday 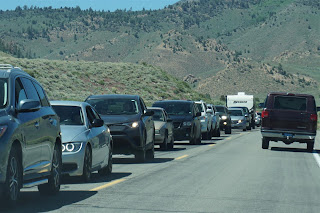 Waiting their turn at the single lane 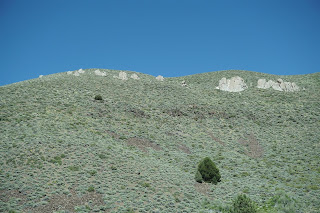 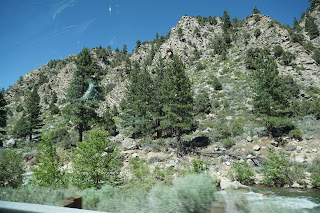 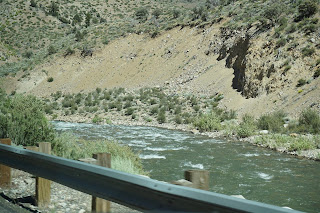 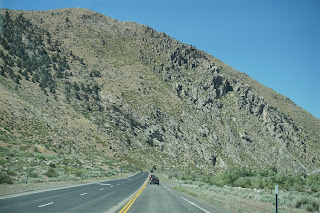 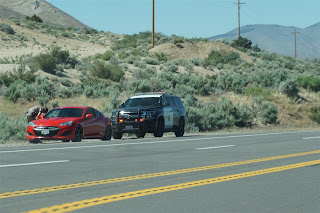 Someone wasn't having a good day on US 395

We got back to the Lodge at 3:40. I finished the Friday blog post before we went to meet Phil, Six Pack, Lonnie and Carl at the Lakeview Cafe for supper at 6:00 PM. This was the absolute last supper since we would all be leaving in the morning.

Sherm called while we were eating to say that Mongrel was packing the Indian for an early morning departure. He would connect with Donna around Lake Tahoe on their way back to Seattle. Sherm also talked to Six Pack since the three musketeers would be going through Kingman on their way east.

After supper, we said our final goodbyes. Sandy and I packed the large bags in the car. We will only be going to Elko, Nevada tomorrow so we don't need to leave really early. I did resolve the next day's lodging problem by booking a $241 Days Inn in West Yellowstone, Montana for the lowly price of 15,000 Wyndham Rewards points. A free room costs 15K points regardless of the room price so I think I traded well.

After getting this post done. we went to bed early (as usual lately). 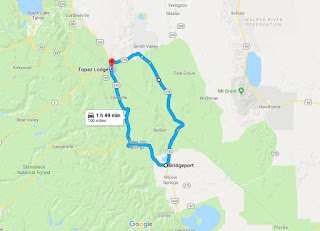