The complimentary continental breakfast had nothing for the low carb dieters (blood sugar was getting under control again) so we had a late breakfast at the famous 50's Diner. This was the place to be on a Saturday morning, based on all the cars in the parking lot. Despite being packed, they seated us almost right away. They have an appetizing menu, good food and fast service. 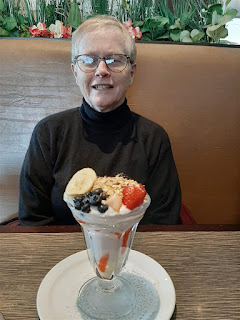 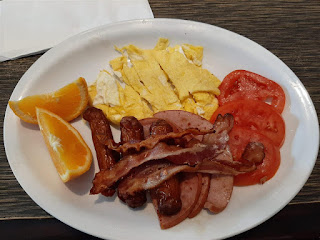 Those who follow the blog know about my quest for Skecher's golf shoes. I have sought them across North America without luck. Everyone suggests buying on-line but I refuse to get foot gear this way. For the second time we visited them in a year, Golf Town in Kitchener had a few off sizes. The young lady (same one as my visit last year) told me the might get some more in. Maybe. I gave up and bought some Foot Joy light weight spikeless waterproof shoes that were on sale. 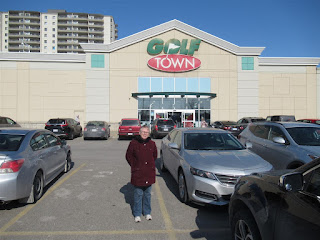 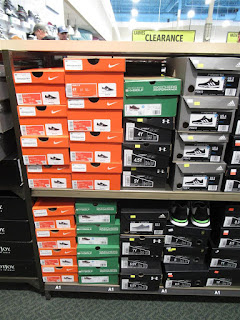 Green boxes are all their Skechers - Sizes 3 through 7

We fueled at an Esso in Kitchener for $1.073 per liter. Soon after, in Prescott (part of Cambridge), we saw an Esso with $1.169 per liter. That is some regional disparity for a few miles. 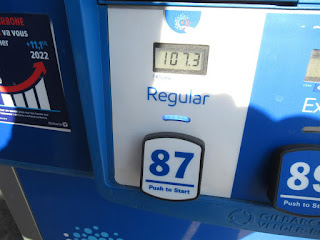 Because it was sunny and near the freezing mark, multiple cars were lined up for the car wash. 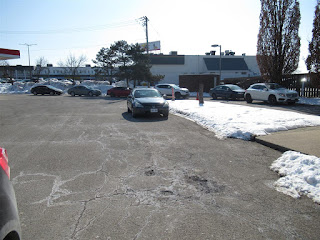 The next stop was Canadian Tire to get a balaclava. While there, Sandy also bought a pair of hiking boots. A friend in Nebraska wondered why one would by boots at a tire store. The cultural significance of Canadian Tire is hard to explain to those south of the border, especially when every Crappy Tire meme is disparaging. But we all go there. Often. 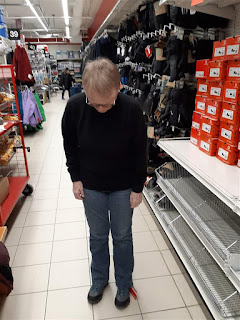 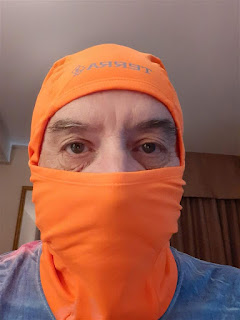 Sandy and I picked up the usual lunch at Subway (ham/Swiss 6" for her and chopped chicken breast/bacon salad for me) and took it back to the motel to eat. Then we donned long underwear for the walk.

The Coldest Night Of The Year Walk registration opened at 4:00 PM. We were at Kim and Mike's at 3:30 and drove over in their van with them. Kim was the captain of the Cambridge Community Church Team. 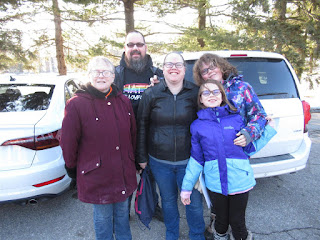 Arriving at the CNOY walk 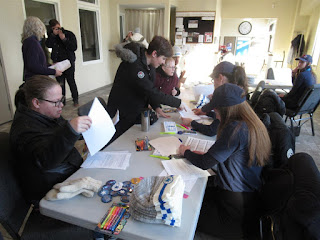 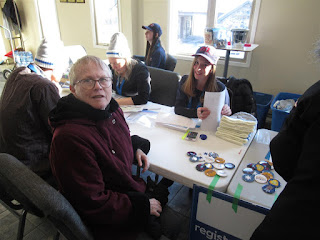 After a brief opening talk, we hit the road just after 5:00 PM. There were two courses, a 5 Km and a 10 Km. It was right around freezing so it definitely not the coldest night of the year and the sidewalks were mostly clear so we were actually walking in shoes. The CCC Team got started last, but not least. 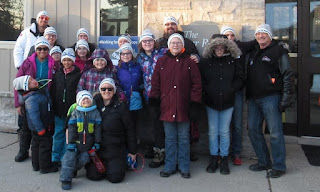 CCC Team at the start 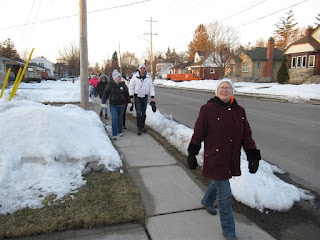 The 5 Km turnaround spot was at a church on Elgin Street where water and snacks were available. Everyone was still looking pretty chipper, although Sandy was starting to feel it. 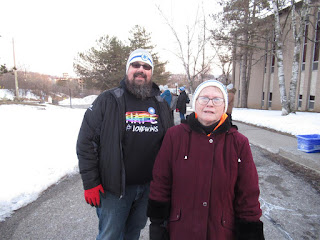 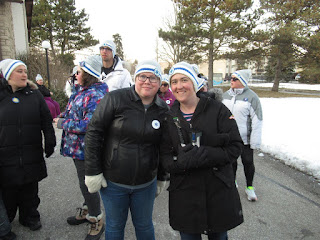 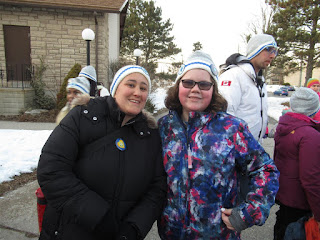 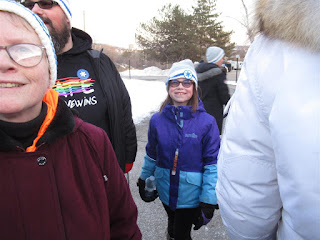 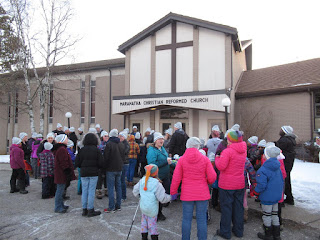 Sandy and I started back first. She was starting to wear out, which was not surprising since she hasn't done any walking more than wandering the grocery store in a couple of years. I, however, after four consecutive days on the treadmill (after nothing in the last year) was feeling pretty good. 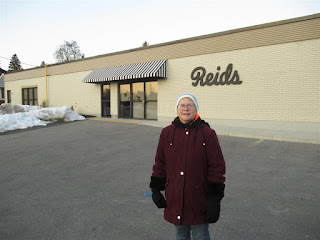 As we entered the long driveway at the finish, Sandy tripped on a crack in the asphalt and fell full length on the ground. Then, getting up, she almost face planted again. After a check that found no damage, we made it the last 100 yards. 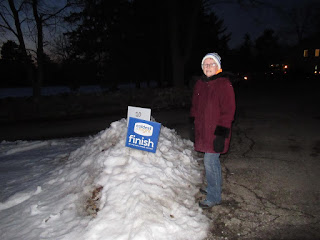 In the hall, we were served hot soup, salad and sandwiches (I skipped the bread and ate the roast beef). Later, they brought out some quinoa chili that had some bite to it. 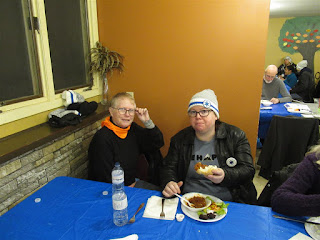 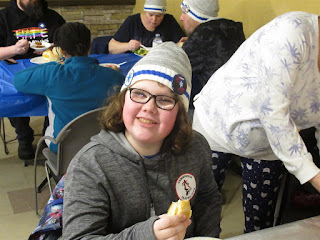 Jolene in her CNOY toque

After the event, we stopped at Kim and Mike's for a while and talked about the plans for the next few days. While Sandy and I are taking Jolene and Robyn to Deerhurst, Mike will be taking Kim to Toronto for a getaway. 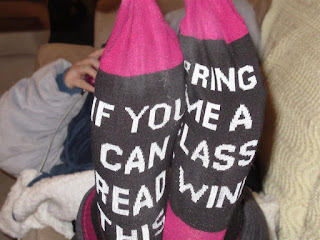 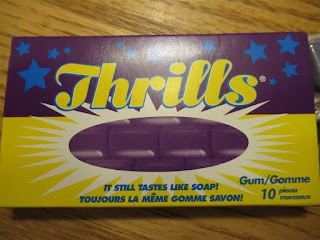 We got back to the hotel around 10:00 PM. I did a few chores and then we went straight to bed. 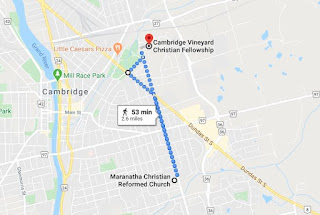