It was a bright morning 37 F morning as we left just before 9:00 AM, after having had breakfast at the hotel. 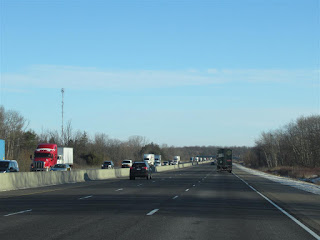 There was no way we were going near Toronto on a Monday morning. I usually exit at Highway 8 and take Maple Grove to Highway 24 and then on to Highway 9. Today, in the interest of exploring options, we turned off Maple Grove on Speedwell to Kossuth and followed that to the traffic circle on 24. They are all about the same distance so what I am looking for is the route with the least traffic and stoplights. 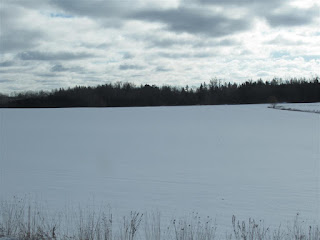 More snow north of Guelph than a week ago 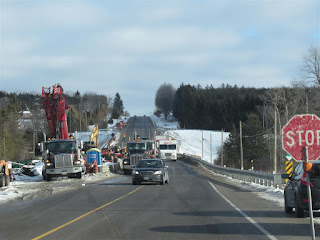 The trip home was uneventful with light northbound traffic. We stopped at the Subway at Waubaushene to get a sandwich to go for lunch. My rigorous low carb diet on the way down had slipped.

The four lane stretch south of the French River was signed to be completed in the fall of 2020. I'm not impressed because the whole four lane project was supposed to be finished in 2017.

I do want to take a moment, however, to express kudos to the Ministry Of Transportation Ontario for picking up on probably the most cost effective life saving enhancement implemented on modern two lane highways today. I refer to the rumble strips down the centre and fog lines which provide immediate feedback if the vehicle strays out of its lane. I have no idea how many lives have been saved when a drowsy or inattentive driver was roused before wandering into oncoming traffic or a ditch. We observed this first in other places but Ontario adopted it with a vengeance once they discovered it. Someone deserves a medal. 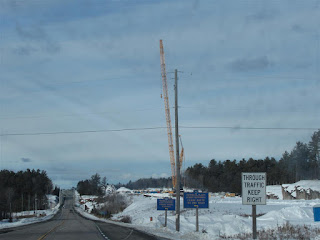 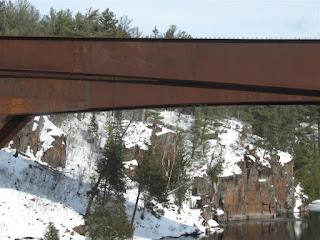 We arrived in Sudbury around 2:30 and stopped for fuel and groceries before coming home. We will be heading back to Cambridge in a few weeks for the Coldest Night of the Year charity walk with Kim and Mike's church team. 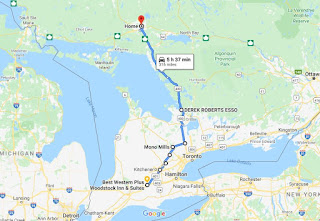