Sandy and I checked out of the Travelodge, but booked the same room for our return on Wednesday.

Looking for something different for breakfast, we went across the road to the Sunset Grill. It was almost empty when we arrived at 8:30 but was packed when we left 45 minutes later. The food looked good and I had what they called a "Protein Plate", a nod to the no carb customers. It was three eggs, a 7 oz steak and a salad. Next time, I would just ask for some tomatoes instead of the whole salad, but I enjoyed it. Sandy made do with a strawberry covered waffle. 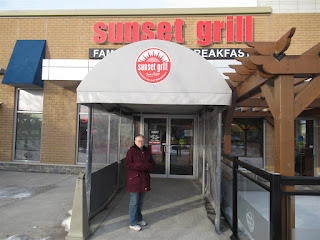 After arriving at Kim and Mike's, we loaded Jolene and Robyn's luggage in the back of the Equinox. It fit. Barely. 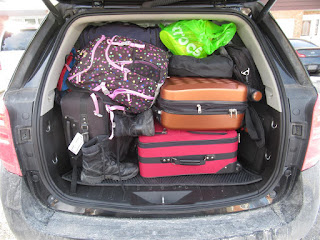 With the car loaded, we went to church with the family in their van. It is a rare day that sees me inside a house of worship, but their congregation were good folks and, so far, I had not been struck by lightning. Besides, the coffee urns after the service were labeled "Decaf", "Regular" and "Strong". Kim and Mike thanked the assembled multitudes for supporting Coldest Night (the CCC team was in 3rd place with over $2,800 raised) and Pastor Dan gave a lesson that suggested he might have a future in stand up comedy. 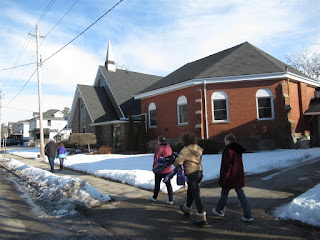 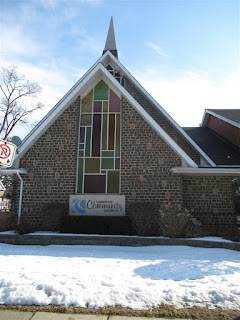 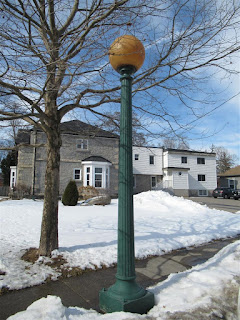 This made me think of Narnia...

After church, we had lunch at a Chuck's Roadhouse (thanks, Mike). The chain was new to me but seemed to be expanding all across southern Ontario. The prices were quite reasonable and the selections looked tasty. Another 7 oz top sirloin and a Caesar salad kept me within my dietary guidelines. I would patronize a Chuck's again in a moment. Sudbury needs one. 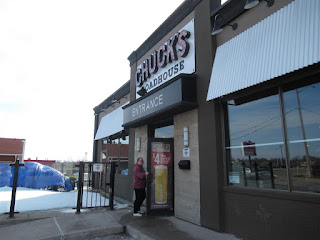 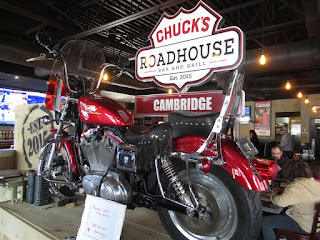 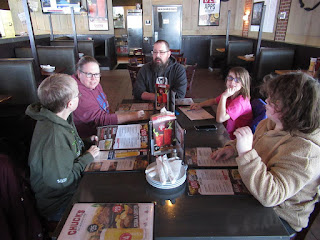 We were back at the house and ready to hit the road about 1:30. It was Sunday so I headed towards Toronto on the 401. As we got closer to the city and the traffic got heavier, I lost my nerve and took the 407 ETR toll road around the busiest part. Terrible rates but great for getting around Hogtown quickly. 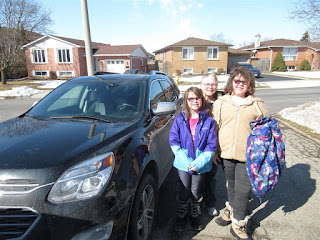 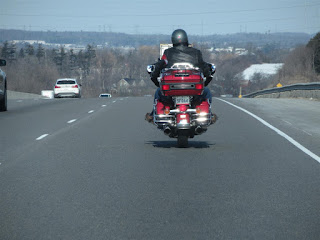 Rider on the 401 near Milton 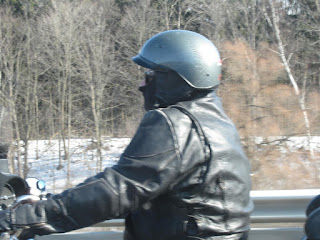 I know he is smiling under that mask 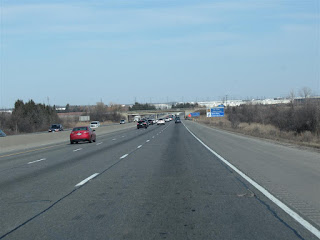 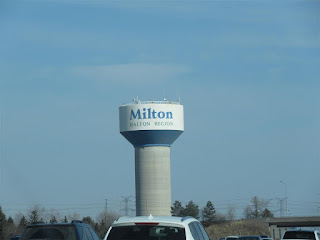 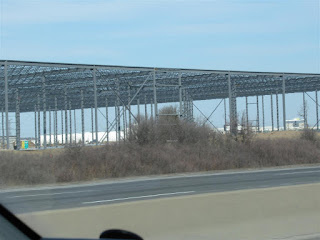 More construction in Milton and Halton 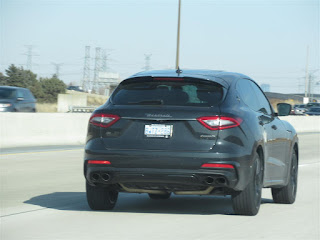 And a Maserati SUV - economy must be better than I thought

North of Toronto on Highway 400, there was still very little snow. We stopped at the On Route service centre in Barrie for a bathroom break and refreshments. 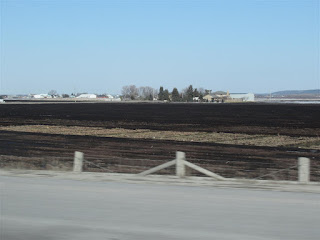 It was well over 40 F when we arrived at Deerhurst Resort. The one bedroom suites are located in the five Summit Lodges. They had us booked into 55, the farthest from the main building (pool, restaurants, fitness room) but the young lady on the desk moved us to the closest one. The last minute change threw housekeeping off a bit but they put a priority on getting our new room ready. 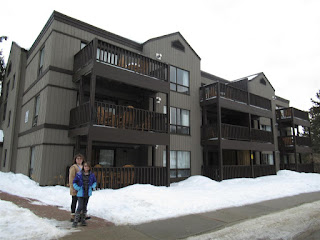 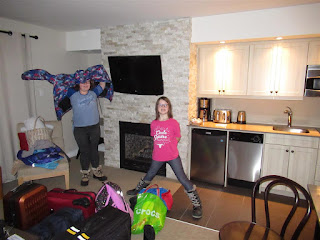 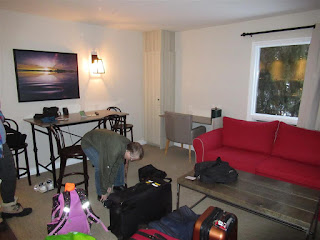 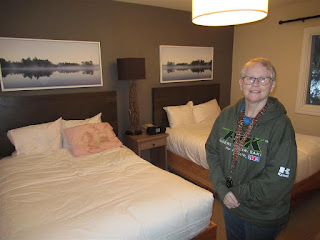 Luggage unloaded, we took a walk around The Pavilion (main building) and checked out the pool. 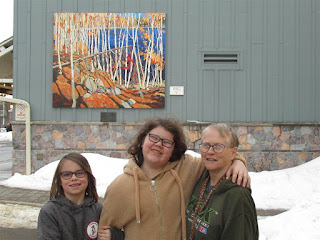 Then we drove into town and got some snacks (not many, Kim) at a grocery store. Then I looked on my phone and saw there was a Kelsey's Roadhouse for supper. The phone Google Map had it located on Hanes Road, a mile or so away. Lucky I looked around because it was actually right in front of us in the same parking lot.

We ate reasonably, with Robyn splitting the cookie that came with her kid's meal with her sister. 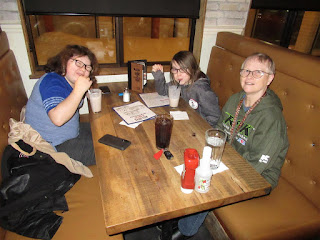 OK, it was a BIG cookie covered with ice cream and chocolate drizzle. Hot, too. 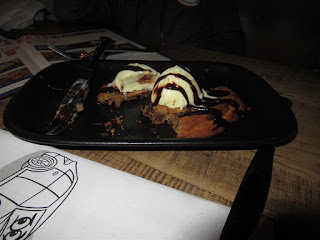 We got back to the resort around 7:45 and unpacked. The bedroom had two double beds instead of queen size, so Sandy and I let the girls each have a bed and we took the fold out couch in the living room. 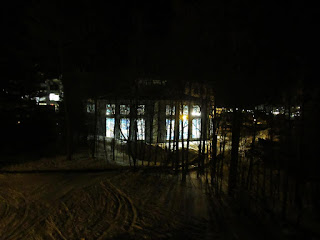 Looking at the pool from our balcony

After watching the season 2 premier of The Island Of Bryan, we all went to bed. 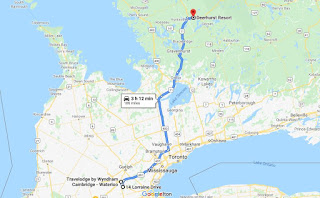