The alarm went off at 6:00 AM and I was at the front desk to check out at 6:45. Unfortunately, I was the only one there. In the absence of a desk clerk, I sent a text saying we were leaving and dropped the keys in a box marked for the purpose. A few hours later, they Emailed me a statement of charges.

I broke the no carb rule as we got breakfast at McDonald's on the way out of town. Weather radar showed the snow was heading this way but was still ahead of us. 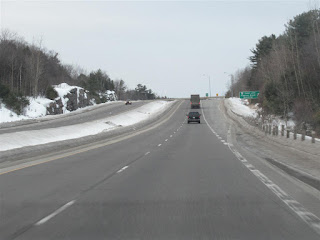 No blizzard on Highway 11 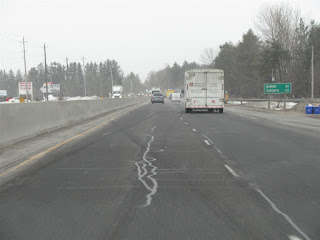 Snow started to fall as we reached Barrie but it was not very heavy. We passed through at 8:30 and then it started falling a little more heavily around Innisfil. I try to avoid multi-lane restricted access highways in heavy snow because of potential multi-vehicle pileups featuring big rigs. With this in mind, we got off the 400 at Highway 89 and worked our way through Cookstown and Alliston and on to Highway 9 via Tottenham Road. 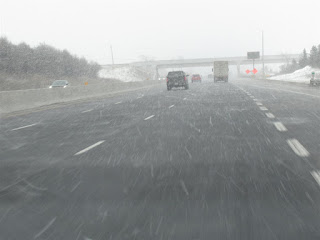 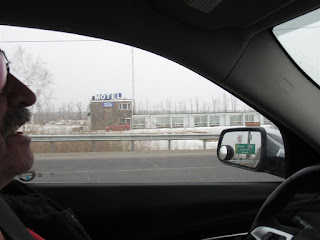 This was a location in Season 1 of The Titans

The rest of the trip was uneventful. With all the doom and gloom about driving winds and heavy snowfalls, it was pretty much a walk in the park. 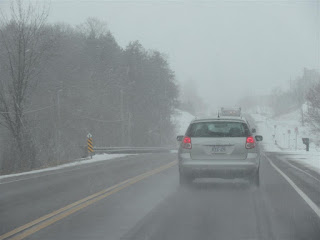 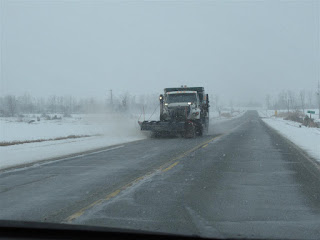 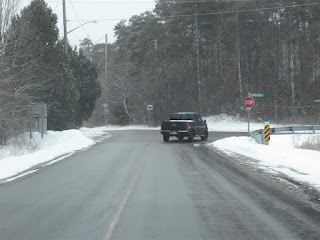 We arrived at Kim and Mike's just before 11:00 AM. A few large fluffy flakes started falling just as we pulled into the driveway but they were melting on contact. Around 2:00 PM, the girls decided they would like to have lunch at Obie's Bar and Grill. On the way over, Franklin Boulevard northbound was closed due to some traffic incident, so we explored Clyde, Gore and Avenue Road on the way to the restaurant. There was still no snow. 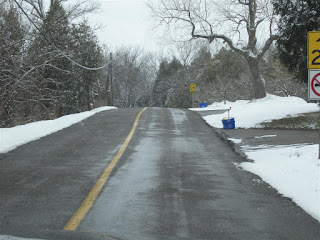 Obie's was a family favourite. They have a short but interesting menu. Sandy and I both had potato bacon soup (I gave Robyn my potatoes) and chicken Caesar salad. Robyn had fish and chips while Jolene tackled the intimidating Obie burger. 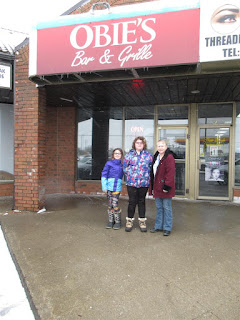 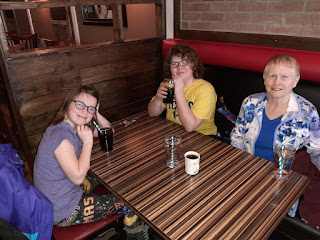 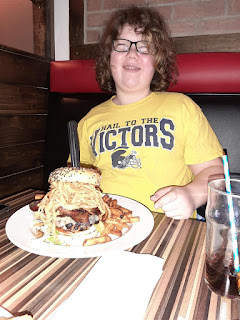 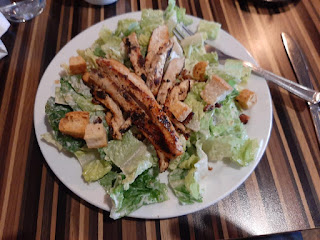 After lunch, we returned to the house and waited for Kim and Mike to get home. We visited for a while and then drove back to the Travelodge. Snow had been sticking for a while but was still light and we saw a plow on Hespeler Road leaving a trail of sparks as it ran blade-down on bare pavement.

The weather channels were still preaching imminent disaster so I set the alarm for 6:00 AM one more time and went to bed.

It was a short road trip but I have to say the time with Jolene and Robyn was very enjoyable. We will have to do it again some time. 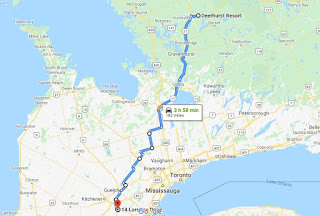