We were up at 6:00 AM. The snow had ended in Cambridge with only a minor accumulation, but a raw wind was turning the 21 F temperature into a nasty wind chill. The radar showed it was actively snowing from Barrie north. On Highway 24 to Guelph, snow was blowing across the road but visibility was pretty good. 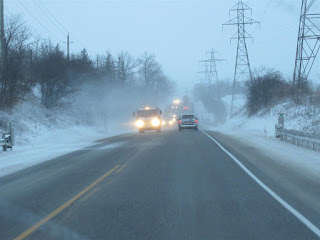 Highway 24 between Cambridge and Guelph was snowy in parts... 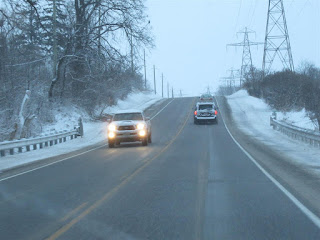 ...but not in others

After another convenient but carb laden stop for breakfast-to-go from McDonald's in Guelph, we continued on our way. There was a lot of snow blowing across 24 due to a stiff north wind with some snow covered sections. 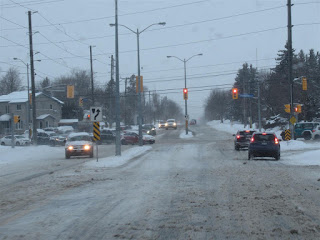 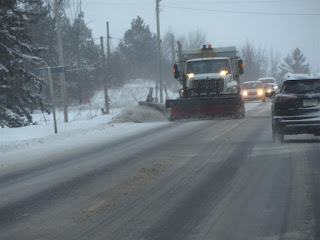 The plow was overkill 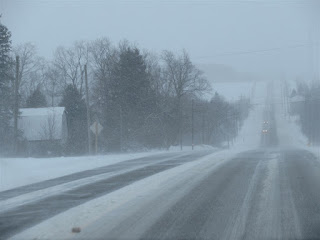 Hwy 24 between Guelph and Erin 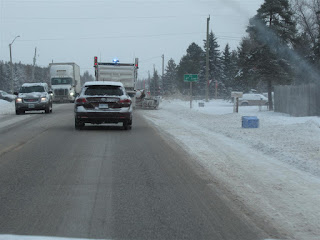 Following a plow into Erin 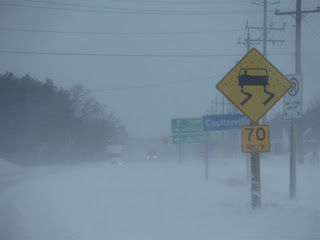 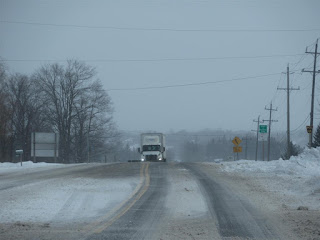 And then it was clear 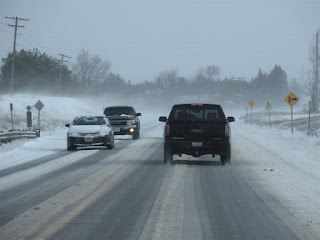 Highway 9 was clear and the traffic was moving along at the speed limit or better. Then the 400 North was the same until we got close to Barrie, where we stopped at the On Route for a bathroom break and fresh coffee. 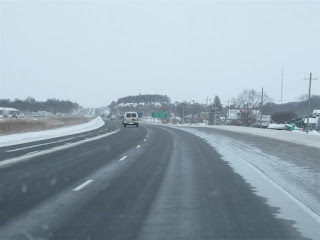 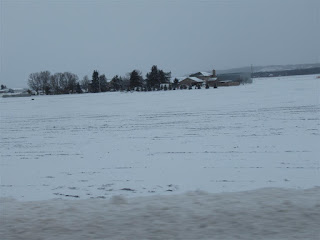 More snow on the Holland Marsh than last week 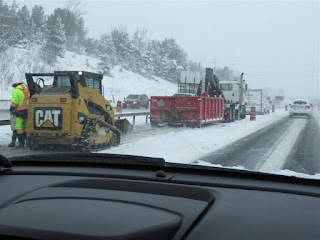 Not the best day for road work

The secret to winter driving is to make no sudden moves. No sharp turns, braking or accelerating. The new vehicles with All Wheel Drive, ABS and traction control make it a lot easier easier but the real skill still lies in not letting yourself get into situations where sudden actions are required.

Once we left Barrie and passed the 400/11 split, the wind started blowing snow across the road. It went from not bad to more and more virtual whiteouts, with me eventually leading a few other cars at about 40 MPH with our four way flashers on. Slow and steady. 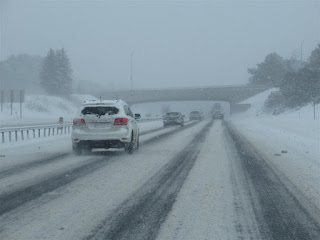 Getting into the blowing snow 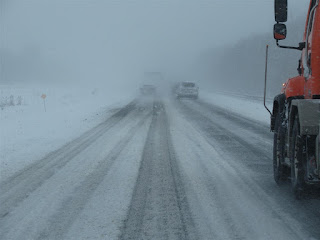 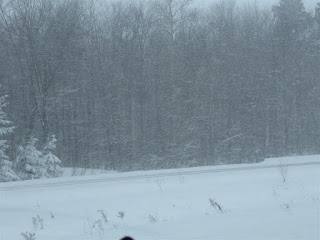 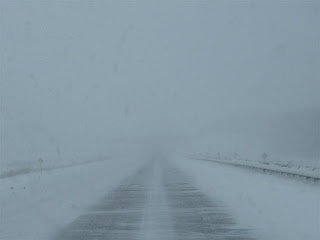 There is a car ahead of us 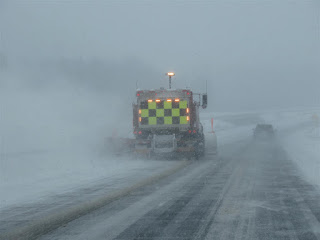 They already did the right lane

North of Moon River, the wind eased up, visibility became pretty good and speeds picked up. From Parry Sound home, the only problem was the snowplows. The first was a Tow Plow that swung wide at every passing lane. We managed to  get by it when there was a passing lane going the other way. The road was clearer ahead of it than behind it, but I guess they had to send the plows out because the weatherman predicted large accumulation (which we had, so far, not seen). 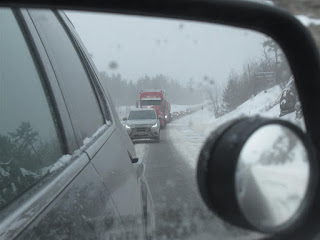 Line up behind us following the Tow Plow 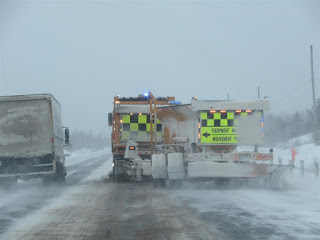 Take opportunities where you find them

North of the French River, we got back to the four-lane highway but we couldn't pass the slow semi ahead of us because he planted himself in the middle of the two lanes. We weren't sure if he was new at this or he was just an ignorant PR... 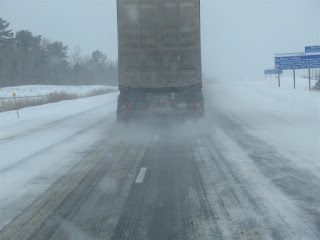 Right down the centre line

Than we got behind a pair of plows. The first was plowing the left paved shoulder. The second was taking the remaining snow but was too far left to move it to the right shoulder. Instead, it left all the snow in the middle of the right lane. After miles of this, they pulled off near Burwash and we found the road AHEAD of them to be really clear. 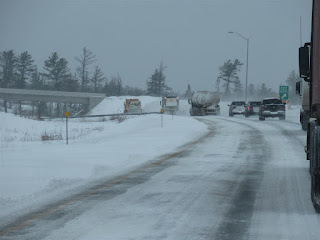 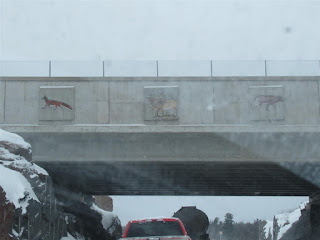 They pulled off just after this 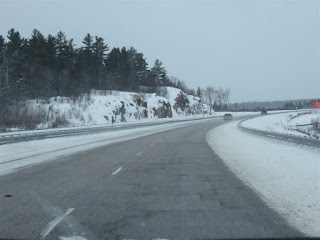 The unplowed road before the Burwash straight

It was 10 F and there was a fair bit of snow in the streets when we got to Sudbury about 1:30 PM. After stopping at Extendicare to see Sandy's mom Jan for a couple of hours, we got home around 3:20. The wind was whipping the snow around as I cleared the driveway with the trusty Cub Cadet. Then we went out for groceries before relaxing.

Several thoughts. There is a lot of plowing going on out there where it isn't needed and no plowing in other areas where it would do some good. And Ontario taxpayers are footing the bill.

Second, on a more positive note, this was our first road trip with the grandkids but I hope it won't be the last. Maybe a week on a houseboat in the Trent Canal? We'll think of something. 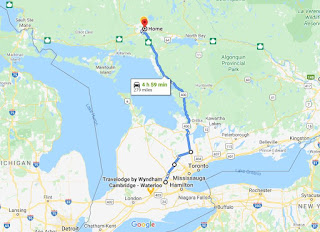