It rained again this morning. When it stopped, we rode over to Dilbert's for breakfast. The smart phone showed more rain coming and, after we got back to the campground and took cover under the Pavilion, it poured.

Rather than take a chance on the weather, we spent the whole day sitting around CycleMoore. I got some notes done and photos sorted while we discussed, riding, travel and politics. 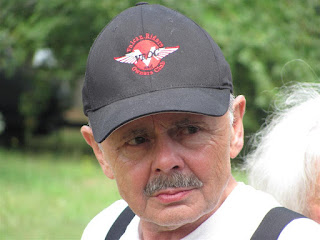 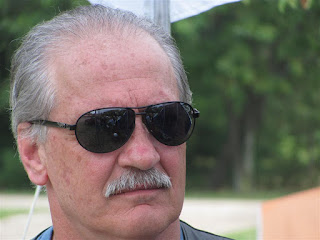 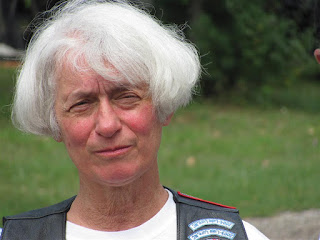 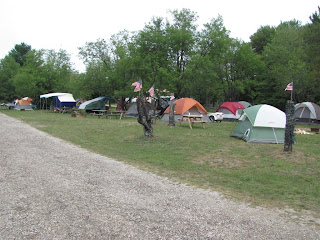 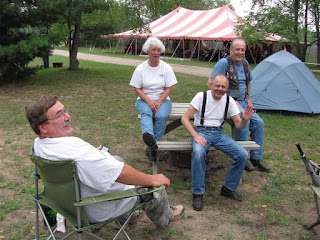 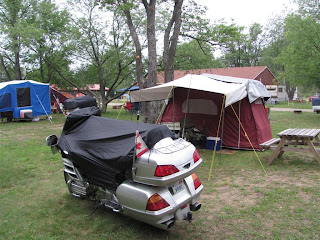 Our campsite
Sandy and I rode into the crossroads in Interlochen for a quick supper at Subway. By the time we got back, there were dire predictions of an imminent storm coming across Lake Michigan from Wisconsin where they had reported 70 MPH straight line winds. The radar showed the system to be big, organized and heading our way. We moved the bikes under the pavilion awning and everyone, Wingers, Hog people and VROC, gathered there. 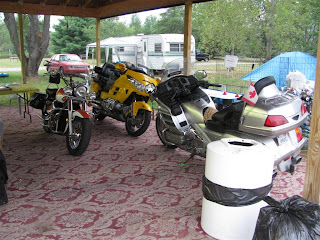 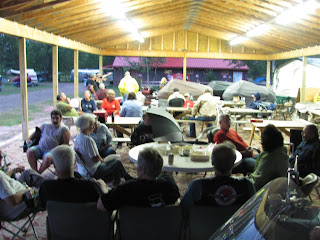 People under cover
As the clouds started to reach us, we could see they were moving different directions and some even showed evidence of rotation. A brave young lady from The Eagles Lodge stopped by to see if anyone wanted pizza. Stewey ordered one and it was back before the downpour hit. While there were strong winds at the outset, it was nowhere near what we had been told to expect. Once again, we dodged a bullet.