So there we were in Maggie Valley. Just us. All alone. The WiFi didn't reach into the room through the stone wall, so I was sitting outside checking Tbone's Facebook page. He had said he was coming up today even though James said no one was expected. As I was looking at a picture of his bike loaded to go and posted seven hours ago, the very same bike pulled up right in front of me. Despite having to replace a battery on the way up, he was here and we were no longer alone. 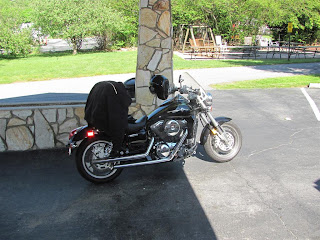 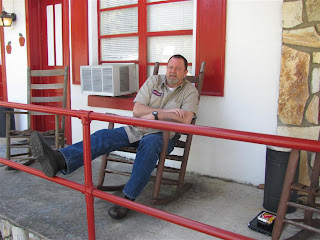 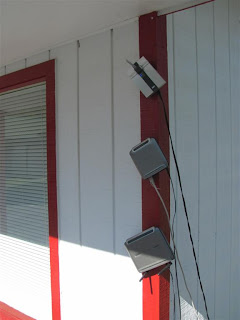 After getting unloaded and settled, we decided to take the truck for supper.. First, I dropped the tire pressures back to 30 PSI because I hadn't noticed much difference in the mileage, so better ride was the deciding factor. We drove into Waynesville to Bogart's where we had lunch last year. The special this evening was an 8 oz ribeye with salad and one side for $13.99 and Simone was an excellent server. It was Monday night and the place was packed, attesting to Bogart's popularity.

After supper, we drove back to the motel via the Shell station where we picked up snacks. Then we sat outside talking for a while as it got even cooler. Sandy filled a water bottle with hot water from the tap to keep her hands warm. It wasn't too long before we turned in for the night.