It was a sunny 37 F this morning in Summersville. I couldn't log onto the WiFi and was wondering what I was doing wrong until I asked at the front desk. They told me the provider changes the password every Monday morning. Then all was good, although you would think noon would be better after all the guests checked out. We had another trailer in the lot with a drag car out of Ohio. 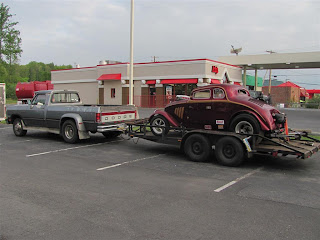 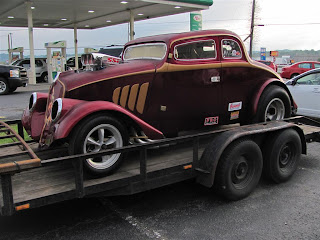 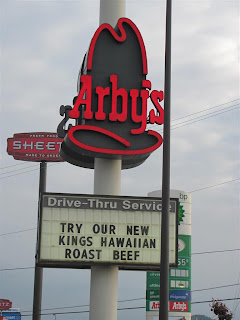 I want to try one

After a breakfast of raisin bran, toast and yogurt, we were rolling at 8:00 AM. As usual, there was a local cop with someone pulled over on the south side of town. Anyone passing through here needs to know that this is one of the biggest speed traps in the east.

In Oak Hill, we passed a sign indicating that we were crossing the 38th parallel. It was dedicated to the Korean War veterans. We stopped at the Tamarack Service Centre in Beckley for fuel and then pushed on south towards Virginia.

Thought of the day from Steven Wright. "Why are pictures square if lenses are round?" 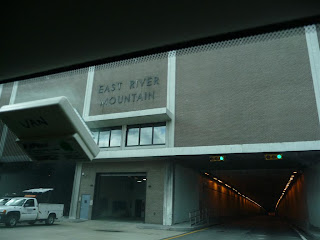 East River Mountain tunnel - Virginia border is in the middle 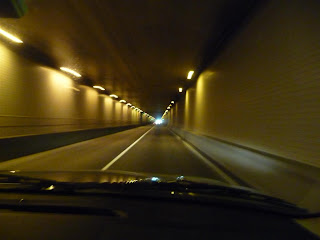 Try not to rub the wall 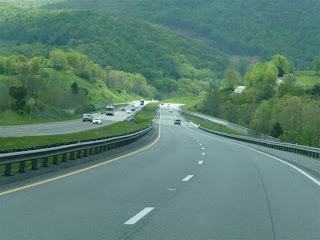 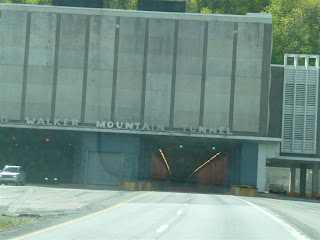 I-81 was moderately busy but the hills were much less severe as we slogged southwest towards Tennessee. Into a headwind. As usual. As we crossed the border going through Bristol, Jeanne Robertson was telling a story about Bristol Tennessee Virginia (the city lies on the state line) on Blue Collar Radio. 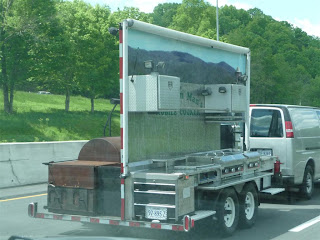 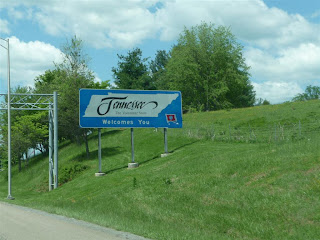 Welcome to the Volunteer State 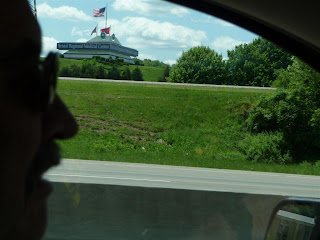 Past Bristol, we turned south on I-26 East. I know, the highway directions sometimes don't match the map. We proceeded south through Johnson City. I usually take back roads south of Bristol but the trailer dictates staying on the super slab when I can. We climbed up the side of the ridge to the North Carolina line. It was a long, slow pull but we made it. On the northbound side, Tennessee has opened a new welcome center we will have to stop at sometime. 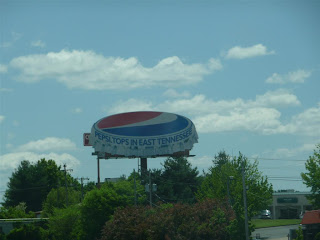 Johnson City has a preference 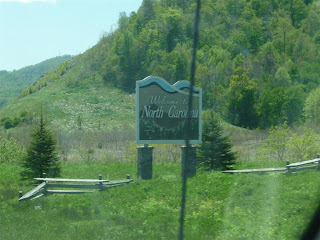 The last state line of the trip out 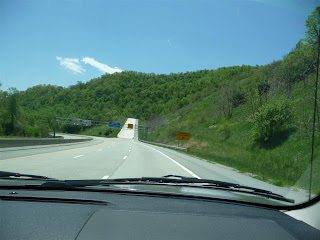 I keep an eye out for the runaway truck ramps

We stopped at the North Carolina welcome center for a quick break and then continued downgrade, passing the infamous spot where out camper, on its first trip, popped open at 60 MPH in what has come to be known as the Great Drag Chute Incident. You can read my thoughts of that day here. 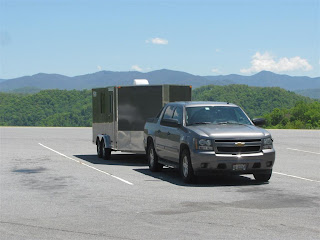 At the NC welcome center 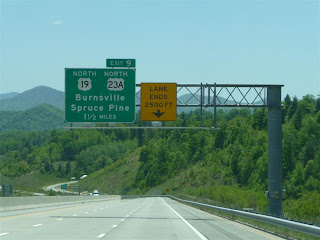 The spot where the trailer popped open 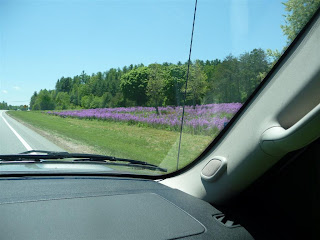 Pretty flowers along the right of way

We passed north of Asheville on I-240 and followed I-40 to the US 74 exit. There were a lot of orange barrels on 74 but we soon took the exit towards Maggie Valley, arriving at the Applecover Inn about 2:35 PM.

The motel office was locked up with a sign saying they would be back at 3:00. Derek is no longer resident and has a manager named Billy looking after the place. We unloaded the bike and waited. Just after 3:00, I phoned the number on the door and Billy sent his son James over to get us checked in. He told me where I could drop the trailer so we got everything parked and moved our gear into Room 14 on the front.