Today was the first day of the trip that we had absolutely nothing to do and nowhere to be, so we slept in until 9:00 AM. It was partly cloudy, a vast improvement over the rain yesterday. We had yogurt, cheese and nuts for breakfast while I made some phone calls. I also booked a room at the Super 8 in Grove City, Pennsylvania for next Friday night. That will be the start of the Memorial Day Weekend here in the USA and walk-in room might be at a premium along our route home. 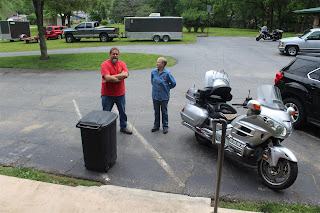 We left on the bike at 1:00 PM with the intention of riding to Lynn's Place in Robbinsville for lunch. As we approached the US 74/US 28 North intersection rain started to fall, so we road back to Cherokee. It started spitting there too, so we returned to Two Rivers Lodge and switched to the Equinox.. 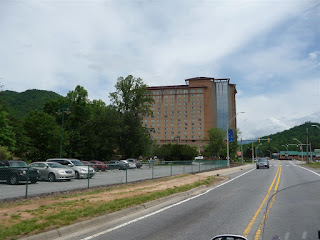 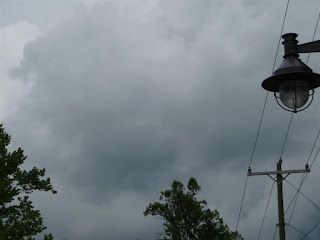 The weather is a mixed bag today 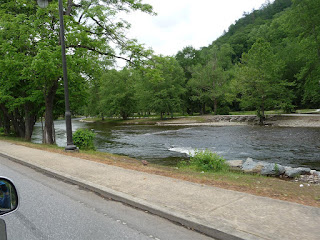 The river in Cherokee NC 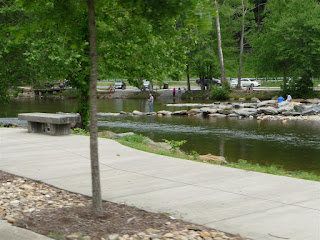 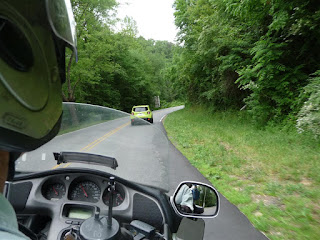 Back in Cherokee, we stopped for lunch at McDonald's. Then we visited the Cherokee Veterans Park and contemplated the upcoming Memorial Day. The US has two holidays, the upcoming one where they remember those who sacrificed all for their country and then Veterans Day in November. Canada has Remembrance Day, where we honour all those who served including the fallen. Regardless of how it is done, it is important to remember those who put the security of their own nations and the cause of freedom ahead of their own welfare. Lest We Forget. 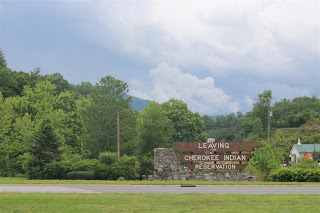 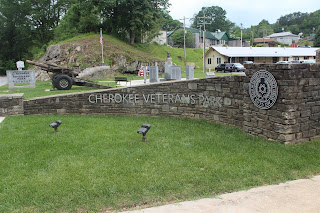 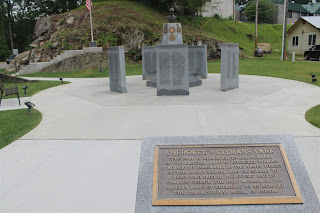 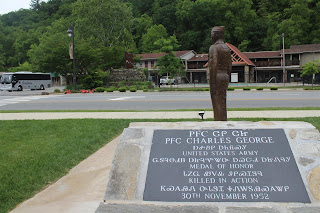 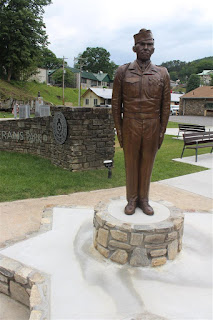 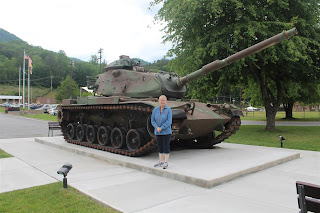 Back at Two Rivers, I got the blog caught up until the end of Saturday. Then I went out and met some of the other riders who were staying here. One couple from Northern Florida arrived towing two Harley's while another HD couple rode in from the NC flatlands. A Wisconsin couple also arrived in an HHR towing a 1500 Nomad on an open trailer.

Paul texted just after 7:00 PM saying he and Melika were coming through Bristol, Tennessee. They left Ottawa early this morning. I went down to the office and got the key for their room from Blain so he wouldn't have to stay up waiting for them.

The road burners arrived about 10:30, having towed their two bikes in an enclosed trailer behind a Dodge Ram Eco-diesel for over 1,000 miles since they got up early this morning. Paul parked the truck and trailer without unloading the bikes. His one chore for the evening was to glue a heat resistant patch to the inside of the leg of Melika's Frogg Togg rain gear to protect it from the exhaust pipes on her bike. We did the same thing years ago with a cut up ironing board cover and an iron on bonding material. The fumes tonight were pretty intense. 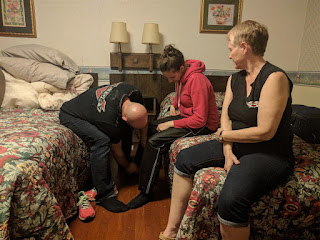 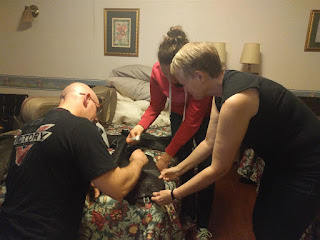 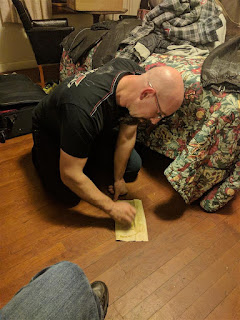 "Use in well ventilated  area"

We all turned in about 11:30. They were forecasting rain overnight and into the morning and the next three days weren't looking the best, but we will make the best of what Mother Nature has to dish out. 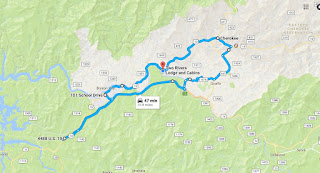