Today was the beginning of the US Memorial Day Weekend and the end of our stay in the mountains of North Carolina. Multiple alarms went off at 6:00 AM and we were loaded to go at 6:20. I knocked on Paul and Melika's door and they were moving soon after. It looked like a good day to travel but it would have been a better day to ride motorcycles in the mountains. 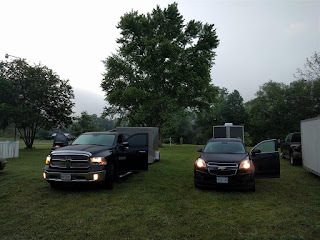 Ready for an early morning departure

We were on the road at 6:45. Paul and Melika had one of our GMRS radios so we could communicate as we drove along. A stop at the Rest Area after Balsam Gap allowed us to check the bike tie-downs. 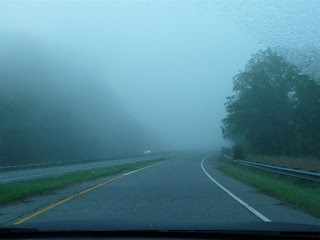 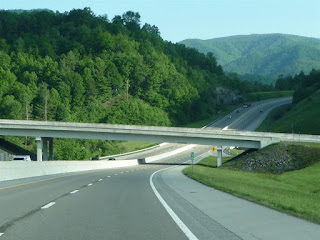 No traffic on I-26 after crossing into Tennessee 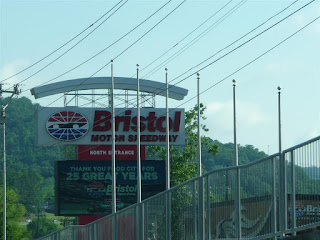 Took the direct route through Bristol 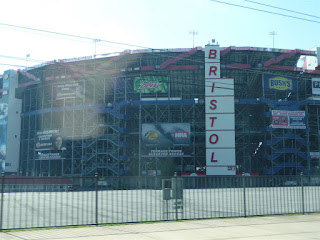 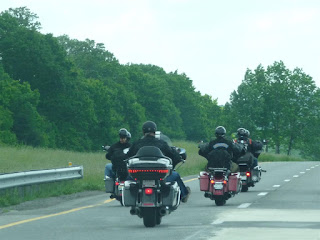 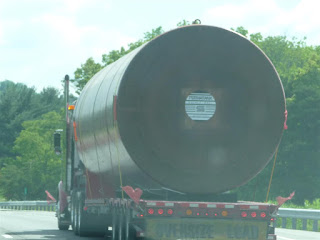 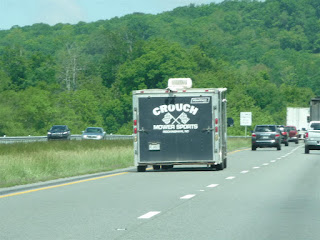 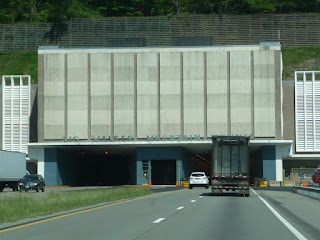 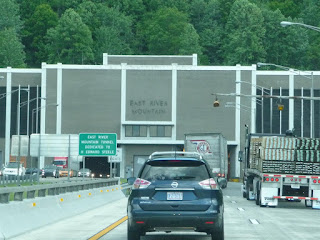 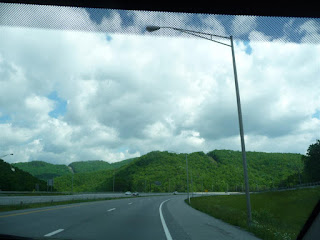 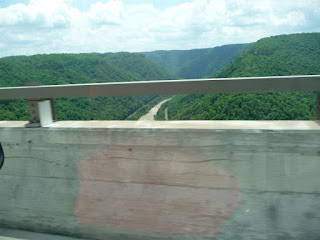 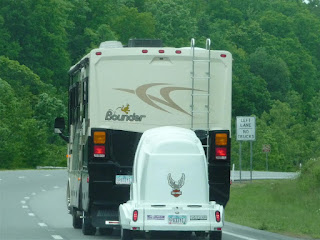 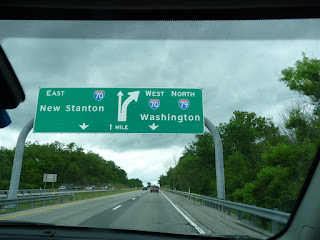 Crossing I-70 in Pennsylvania 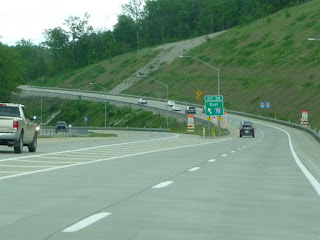 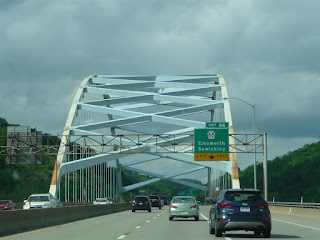 Crossing the Ohio River on I-79

The day was uneventful. We saw some motorcycle groups on I-81 with military patches and it suddenly occurred to me that they were probably headed to Washington DC for the annual Rolling Thunder Run To The Wall.

Sandy and I were going to stop in Grove City, Pennsylvania for the night while Paul and Melika needed to be back in Ontario for the morning. They did have the advantage of two drivers. Melika wanted to stop at an Olive garden and we needed one last supper, so I found one in Cranberry Township north of Pittsburgh. We arrived at just about supper time.

In the parking lot, I found for the first time today that a strap had loosened and the back of the bike had shifted. I re-rigged while the others went in to find a table.

The restaurant was very busy but they were seated right away. I joined them and then had to go back out and change my shoes. The last gas station we stopped at had a fuel spill and my soles reeked of gasoline, spoiling the ambiance of the establishment. Sandy and I split a Tour of Italy, consisting of chicken Parmigiana, Lasagna Classico and fettuccine Alfredo, while Paul and Melika did the same. It was a good choice. Then the three of them shared a flight of desserts while I had (you guessed it) coffee. I had already bent my dietary rules with the pasta. The service all through the meal was excellent. 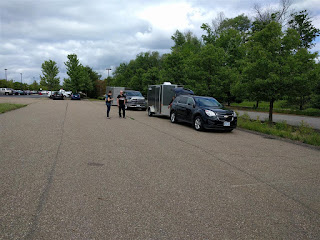 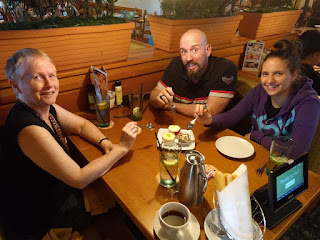 Our last communal supper of the trip 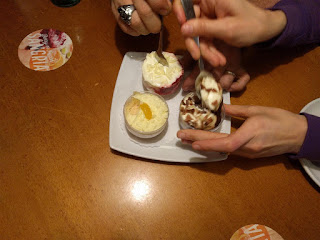 Back outside, we said our goodbyes. It was a good time even if the weather conspired against us. They followed us until we exited the highway at Grove City and they continued going north.

The Super 8 in Grove City has huge rooms. I got my favourite pull-through parking space(s) pointing at the exit from the lot and, after we moved our gear inside, unloaded and reloaded the bike straight. After a moment of confusion when it refused to start, I saw the kill switch had been flipped. Rookie move, but it has been years since I have had this situation occur. 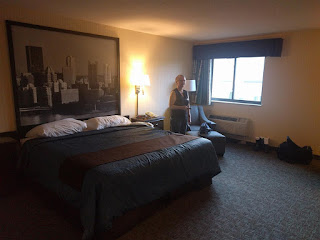 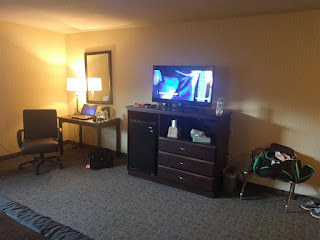 View from the reverse angle

Again, I worked on sorting and posting photos of the day while Sandy watched television. Then I went to bed and read my Kindle for a little while before falling asleep. 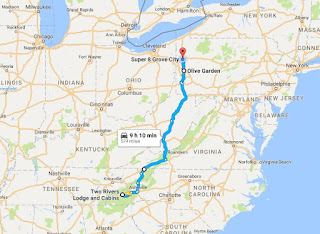